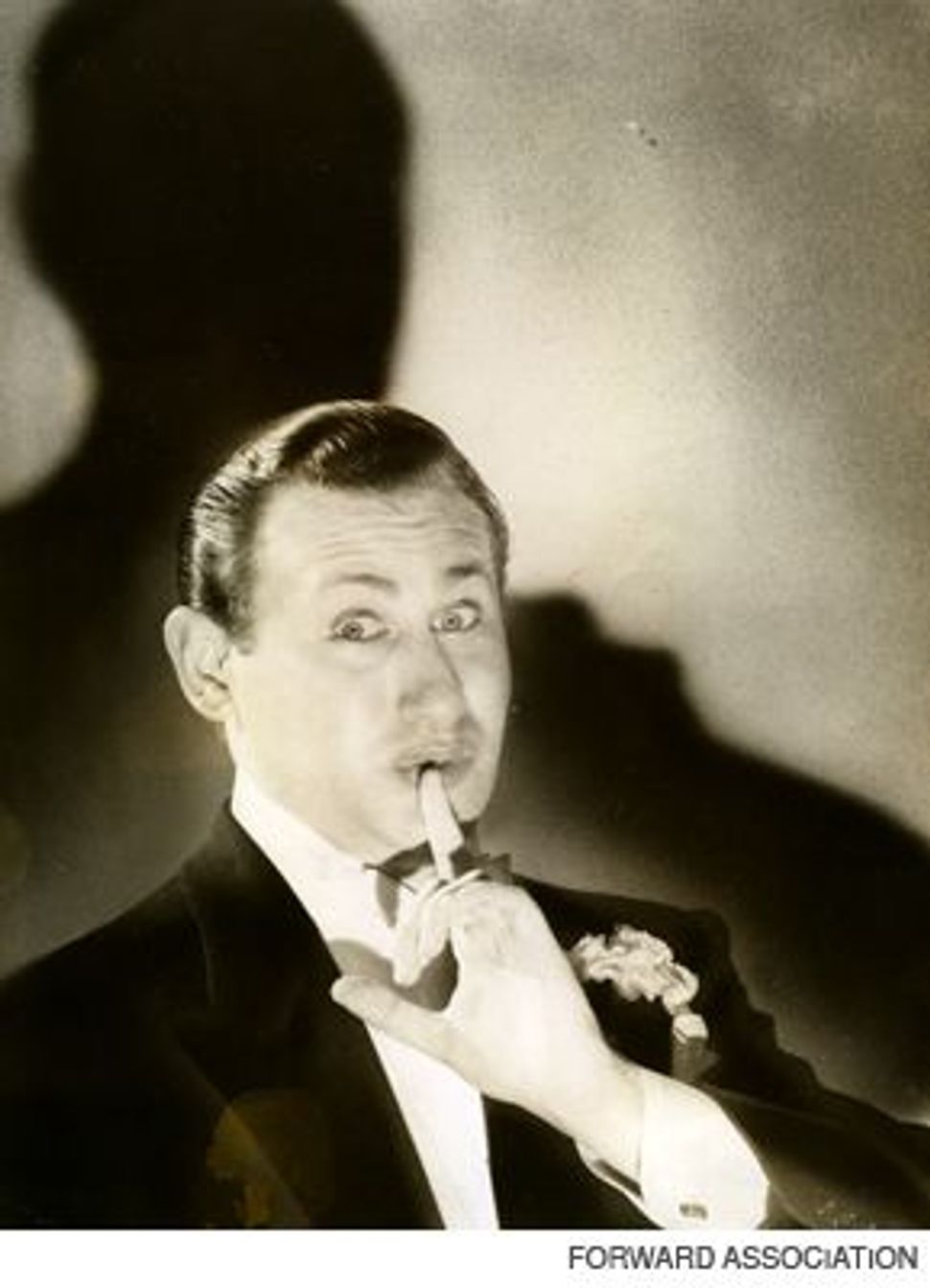 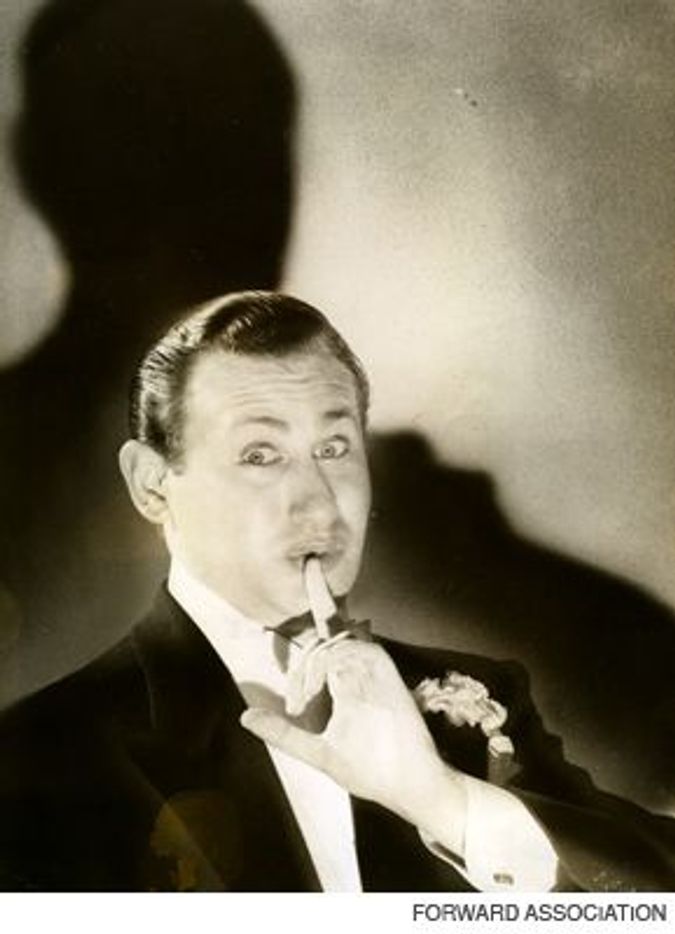 I must request that the gentleman *[lit., “the Jew*”] *be seated and allow others a chance to speak already. *

Reb yeed, “Mister Jew,” is more common when dealing with strangers, and is the only really polite way of addressing one. If you wanted Yiddish directions to Carnegie Hall, you’d address the Jew whom you buttonholed as reb yeed. Although Mister is now far more common in American Yiddish than Reb, which can cause problems in parts of the Yiddish-speaking South, the phrase reb yeed itself has never been anglicized. Mister is used on its own. If you say Mister Yeed, you’d better be looking at a horse in *TFIlin. *(And don’t forget that at least two lines of the theme song from “Mister Ed” — “But Mister Ed will never speak/Unless he has something to say” — are adapted from a well-known Yiddish proverb:

If the horse had something to say, it’d speak.)

The only feminine equivalent of reb yeed is the word that means “Mrs.” in the non-Yiddish language of the country in which you happen find yourself.

Pardon me, ma’am, but you’ve dropped something.

English prefers ma’am, which comes from the French; Yiddish is happy to take whatever it can get and simply use it as a loan-word.

A mekhitn with shlep, the kind of prominent and influential person mentioned in our last installment, can also be called a SHMELkeh:

is as much as to say that he’s a real big shot, a major figure in the circles that you’ve been talking about:

A *knaker *with an n, a real big shot

A KNAker OON A NEEN

Shmelke is a diminutive of Shmeel or Shmool, the Yiddish versions of Samuel. Calling someone a Shmelke is the same as saying,

He’s no Chaim-Yankl; he isn’t just anybody.

If you say that

He’s a Shmelke with the president,

it’s like saying that they’re on a first-name basis. He’s a backroom boy with a lot of sage advice: William Frawley in Miracle on 34th Street, or less endearingly, Karl Rove. He’s an intimate of the president,

A member of the president’s four hundred *[lit., “a person of aristocratic descent*”].

In the case of Mr. Rove, you might even say that

Pee in the same trough;

they’re so inseparable that they have to do everything together.

Relatives go decades without exchanging a single syllable. Conversation between parents and children is often extremely one-sided, with each side claiming that the other does all the talking. Shutting your own mouth is a matter of volition; shutting someone else’s is the key to survival.

The basic way of demanding quiet is to say

If necessary, you can scream it at the top of your lungs. If you’re doing so, though, you’re probably directing your *sha *(rhymes with “huh”) at more than one person, in which case you have to use the plural:

which rhyme, respectively, with “but” and “butts.” I’m partial to shats myself, but either of the plurals is just fine.

Sha has produced a couple of useful idioms for getting groups to quiet down. Both seem to have originated in the schoolroom and each has the advantage of having only a single form, so there isn’t a lot to remember.

simply names the Hebrew letter that represents the sound “sha.” Sheen is the second-to-last letter of the Hebrew alphabet and is the equivalent of the English sh. A pasekh is a Hebrew vowel that looks like an underscore and has the sound of an “a.” Sheen plus pasekh equals sha. It looks like this: ש.

Since all Hebrew letters are consonants and all the vowels are diacritical marks (lines and dots that appear above or below the letters), kids in traditional khaDOrim (that’s the plural of KHAYder, a Hebrew elementary school) were taught to read by learning how each letter would sound when paired with each Hebrew vowel. They’d go vowel by vowel — komets alef: o; komets beys: bo; komets giml: go *— joining each of them to every letter of the alphabet until they got to *sof, the final letter, after which they’d start over again at alef with a different vowel: pasekh alef: a, and so on. Pasekh sheen: sha is simply what any kid over the age of three would have said God only knows how many times during God only knows how many schooldays. Used as a command, it manages to evoke cuteness and condescension in roughly equal degrees.

Much more to the point is

Let there be quiet,

basically the Yiddish way of saying “Quiet, please.” In keeping with the apparent echo of Genesis I, it’s distant and impersonal, but without the unspoken sense of “Don’t make me come over there” that underlies the offspring of its union with sha:

Let there be sha

was “The Star-Spangled Banner” of the khayder world; no schoolday opened without it. Unlike the national anthem, though, it was also heard at home. It’s one of those expressions that stayed with people who heard it in their youth: near the beginning of Bob Clampett’s classic 1938 cartoon, “The Daffy Doc,” Daffy Duck holds up a Yiddish-language sign that reads “sha” and says, “Zol zein sha.”

While sha is often used to quash a sudden onset of disturbing talk — someone walks into the room and begins speaking while you’re on the telephone with somebody else — the phrases just mentioned tend to deal with ambient noise rather than one-on-one or small group conversation. The standard ways of telling an individual to put a lid on it, all of which mean “shut up,” are, in ascending order of offensiveness:

More elaborately, you can tell someone to

Take a mouthful of water

This expression is particularly useful in describing the actions of a third party who has failed to speak when he was supposed to:

…And my lawyer sits there without saying a word

A couple of highly impolite ways of making your displeasure known are:

Sit and gnash your teeth and be silent

and my personal favorite,

where “enemies” means “anybody else, but why don’t we start with me?”

The verb shveign, “to be silent,” was used by Y.L. Perets, one of the pioneers of modern Yiddish literature, to name the protagonist of one his most famous short stories. Bontche Shveig, usually called Bontche the Silent in English translations, became a cause célèbre; he was a Jew — a Yiddish-speaking Jew — who never complained. He accepted a life of direst need with gratitude and grace. When heaven decides to reward him for a lifetime of forbearance by offering him anything — whatever he wants — Bontche, unmanned by a lifetime of failing to kvetch, can’t think of anything to ask for except a roll with butter.

Had it concerned Saint Francis of Assisi, this story would probably be uplifting. As it is, it seems to prove that failure to kvetch can mean failure to dream. Bontche resurfaced in American popular culture in the early 1970s in the credits to the film “Come Back, Charleston Blue,” starring Raymond St. Jacques and Godfrey Cambridge. While most viewers were busy grooving to Donny Hathaway’s soundtrack, Yiddish-speaking aficionados of blaxploitation could hardly help but notice that the screenwriter was either so angry at the treatment meted out to his script, so heavily involved in other aspects of the production, or so otherwise anxious to hide something from somebody that, whoever he really was, he had himself listed in the credits as Bontche Schweig, an attribution that resides to this day on the Internet Movie Database, waiting for someone to post a photo.

Adapted from “Just Say Nu,” by Michael Wex. Copyright ©2007 by the author and reprinted by permission of St. Martin’s Press.