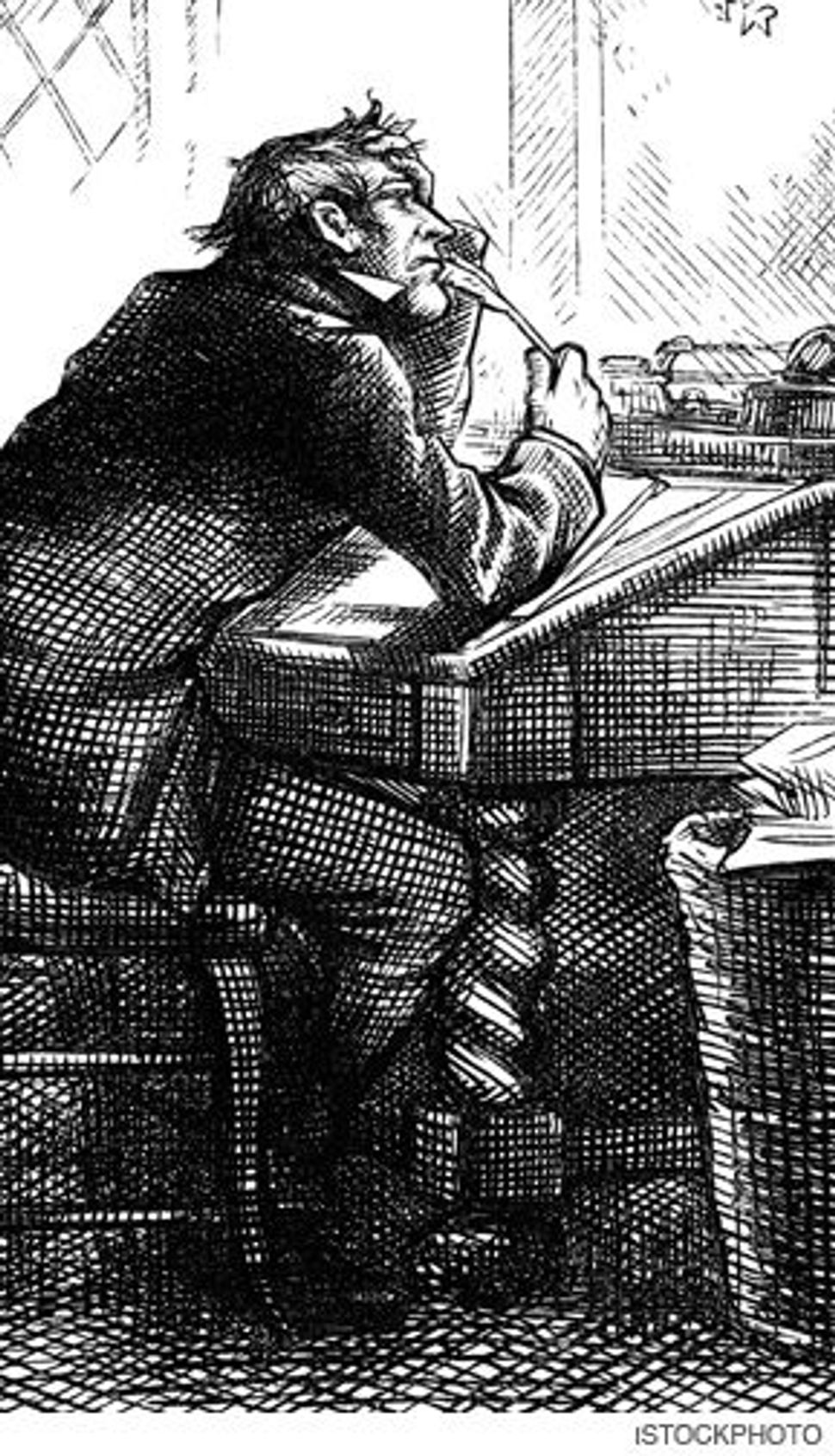 Jew-Jitsu: The Hebrew Hands of Fury 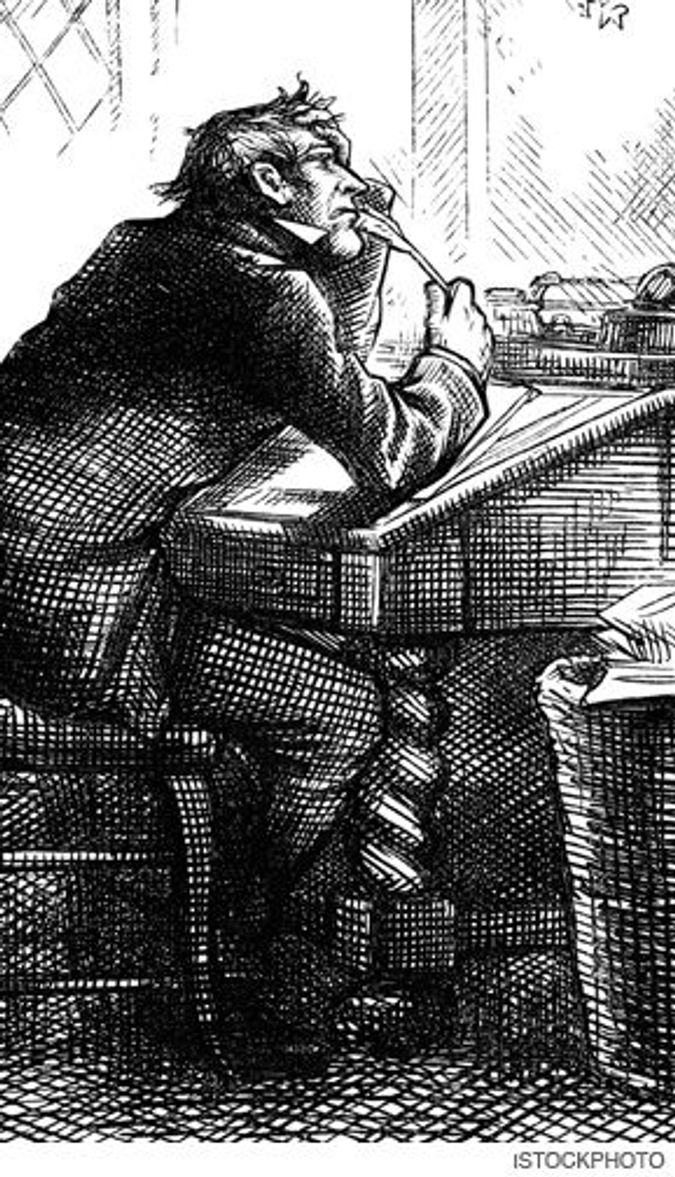 How To Profit From the Coming Rapture: Getting Ahead When You’re Left Behind
By Steve and Evie Levy, as told to Ellis Weiner and Barbara Davilman
Little, Brown and Company, 224 pages, $12.99.

When the arts and culture editor of the Forward assigned me the task of reviewing a new book on Jewish comedy, I was thrilled. This would be my first go as a “literary critic,” and I have to tell you, it really impressed my new girlfriend.

When the arts and culture editor of the Forward sent me four books on Jewish comedy to review with a five-day deadline, I quickly realized I was writing a piece for a Jewish newspaper.

Yes, folks, even Jewish newspaper editors haggle. And by the way, it was also around the 20th time I mentioned I was a “literary critic” to my girlfriend that she stopped being impressed. I’m fairly certain it was around this same point that she began to use the term “annoying.” So be it. I am a literary critic! I’m supposed to be annoying and better than other people! At least until I turn this in. Then I’ll beg for forgiveness so that I can have sexual intercourse again. Now, on to the literature.

The books that I was tasked to eviscerate or to elevate are, in no particular order, “Jew-Jitsu: The Hebrew Hands of Fury” by Rabbi Daniel Eliezer and Paul Kupperberg, “Shtick Shift: Jewish Humor in the 21st Century” by Simcha Weinstein, “Free-Range Chickens” by Simon Rich and, finally, “How To Profit From the Coming Rapture” by Steve and Evie Levy, as told to Ellis Weiner and Barbara Davilman.

To digress, how cool of a writing team name is Steve and Evie Levy?! When I saw that, I couldn’t help saying it over and over again as fast as I could. Try it! I can guarantee you won’t get past five Levys. I also became a bit curious about the whole “told to Ellis Weiner and Barbara Davilman” part of the byline. I kept imagining that this couple (the Levys, God bless them) must have been in some terrible accident, leaving them both limbless. That part of my fantasy got me a little sad, but then I realized that next door to them there must have been this amazing couple, the Weiner-Davilmans, who, upon hearing this fantastic idea for a book, were like: “Tell it to us, Steve and Evie Levy! We’ll use our functioning limbs to write it down for you!!!” That’s why I love being a Jew. At our core, we’re just good people!

Okay, now back to my four reviews for the price of one. As I flipped through my stack of reading material, it struck me that all these books had one thing in common: words.

So far so good!

The books had another thing in common: They all dealt with Jewish comedy in some capacity. “How To Profit From the Coming Rapture,” for example, is a humorous look on how Jews can make money after we’re “left behind.” I personally can’t wait to be left behind, as I’ll no longer have to see that smug look on Kirk Cameron’s face every time he’s on the PTL Television Network or in those God awful (his God, not ours) movies. Was “Growing Pains” that traumatic of an experience?! Seriously, the guy was on the cover of Teen Beat nonstop for, like, 10 years. He could have had sex with any girl of his choosing any night of the week, and he decided to… love Jesus instead!? It makes you wonder what the hell Alan Thicke did to the poor kid. Moving on…

Next up is Simon Rich’s “Free-Range Chickens.” The book is a collection of humorous personal anecdotes and comedy bits. On the front cover, I learned that Mr. Rich (that’s how we literary critics sometimes talk about the authors we review) last year had written another book, titled “Ant Farm.” From that, I deduced that he likes animals. I like animals, too, so I gave him positive marks for it. On the back cover he received praise from Jon Stewart, The New York Times and a few other noteworthy sources. More pluses! On the inside cover I found a picture of Mr. Rich, accompanied by a short bio. It turns out he is a graduate of Harvard University and writes for “Saturday Night Live,” and from his picture, he looks like he is 12. So, he has written two funny books, went to an Ivy League school, is about 12 (give or take a few years), writes for SNL and is way more successful than I am. Forget about all the pluses I mentioned. I can’t recommend this book at all, because all that overachiever stuff just pisses me off!

Next we have “Jew-Jitsu.” This book ironically juxtaposes Orthodox Jewry and an ancient martial art. It has pictures (a plus!) and humorous Jew-Jitsu “moves,” such as “Advancing Through the Buffet.” It was also co-written by a rabbi, so I refuse to say anything negative about the book for fear of pissing off God, if He does in fact exist. My suggestion? Buy this book, or you will be smote.

The last book is “Shtick Shift” by Simcha Weinstein, a rabbi whom I (full disclosure) had the pleasure of meeting while speaking to the Hillel at Pratt University in Brooklyn. His book examines the changes in Jewish comedy during the 21st century. Weinstein is truly a good guy, funny and intelligent. To sum up the book, I will quote one of the blurbs on the back cover:

“One of the most intelligent, ground-breaking books on Jewish comedy I’ve ever read. And me saying this has nothing to do with the fact that I’m in it. That part is a total coincidence.” The author of that blurb?

Me (once again, full disclosure).

In summation, I have the greatest disdain for critics unless they say really nice things about the hard work I do. And having been on the other end of some nasty criticism, I know what it feels like to invest your heart and soul into a creative endeavor for years, with the best of intentions, only to have someone with no real experience in the field (did I mention, I’ve never written a book?) urinate all over your work just like the cavemen did in Mel Brooks’s “History of the World: Part 1.”

All that being said, we’re in, and heading deeper into, some really rough times. So if books about Jewish comedy, or funny anecdotes, or a clever take on Jewish karate or the Rapture put a smile on your face or interest you, then buy them! Who am I to tell you what’s good or not good? I’m no critic! I’m just some schmuck who got duped into a four-for-the-price-of-one review. In fact, no guilt here, but a lot of your people worked really hard on these books and are probably as broke as I am. So, be a mensch; practice tikkun olam; stop being a selfish, self-loathing Jewish prick, and go buy all of them!

But then again, that’s just my literary criticism.

Jonathan Kesselman is a screenwriter and film director (“The Hebrew Hammer”), an essayist and a Yale University professor.