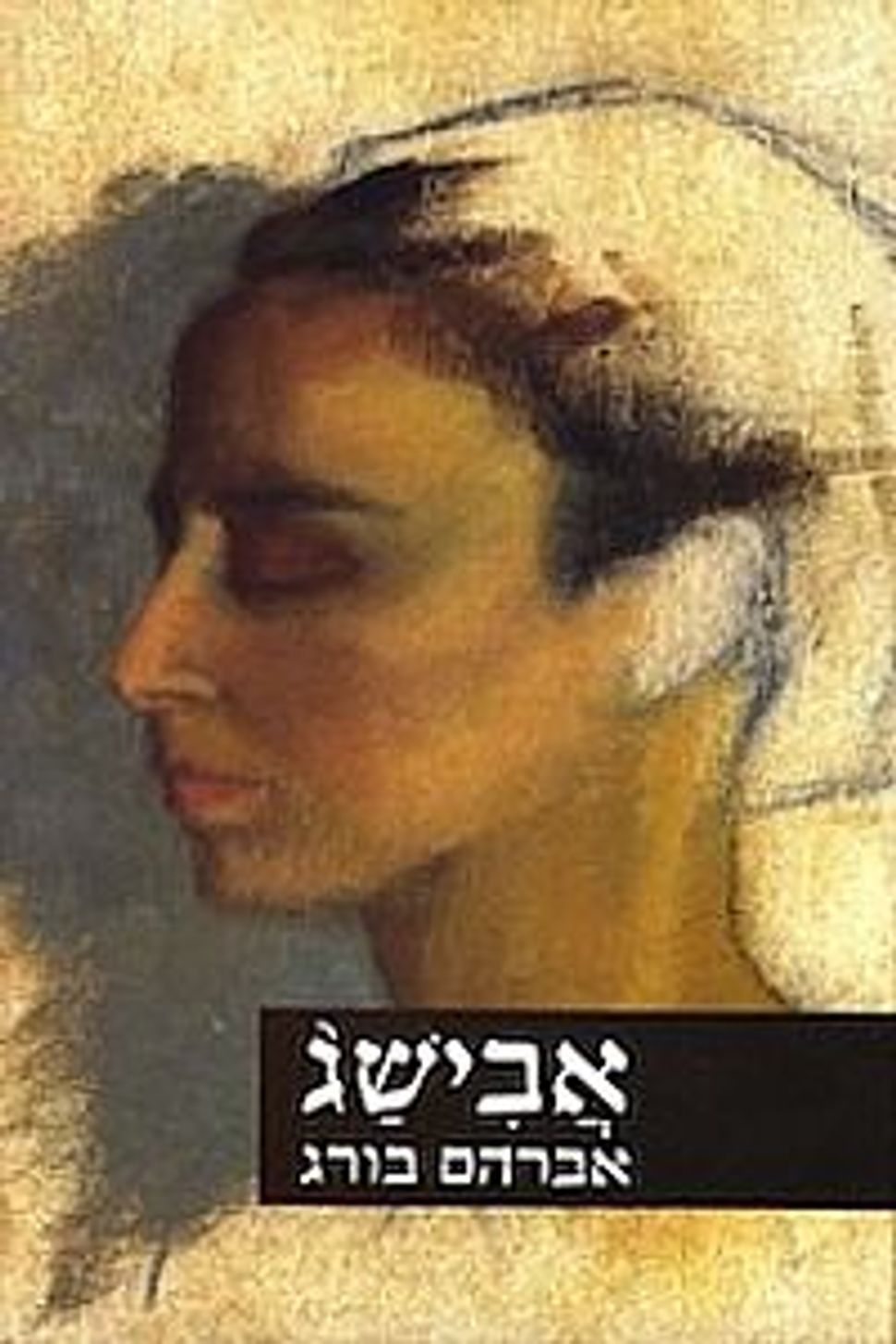 Image by courtesy of avraham burg

You Shall Hear the Cry of the Oppressed

The thought of commenting on Parashat Vayera immediately prompts the desire to write something soothing, to get away from the binding of Isaac, the destruction of Sodom and the strange story of Sarah’s strange pregnancy. The portion has other, gentler lessons to teach – for example, about the Torah’s approach to hospitality, about models of acceptance and rejection (compare Abraham’s warm welcome of the three visitors to his tent in Mamre with the brutal reception they receive in Sodom). But Israeli reality has a way of intervening and pushing off the comfortable choices to some point in the distant future. This is a holy land where blood cries out from every inch. Yes, Israeli blood and Palestinian blood flow more cheaply than ever, but also Ethiopian blood, spilled in fear and shame down the drains of our blood banks, and the blood of gays and lesbians dehumanized on the streets of Jerusalem, uniting rabbis, imams and bishops of every faith in their hate. We are left, then, with no choice but to look at the portion again and try to understand the Torah of the outcry. Who cries out, and when? Which outcries leave their mark and which dissolve into a still, small whimper?

It seems to me that every time God comes down to our level, it ends badly. When he came down to see what was going on in the Tower of Babel, the entire earth fell into a muddle. “And the Lord came down to see the city and tower, which the children of men had builded. And the Lord said: ‘Behold, they are one people, and they have all one language; and this is what they begin to do; and now nothing will be withholden from them, which the purpose to do. Come, let us go down, and there confound their language, that they may not understand one another’s speech’” (Gen. 11:5–7). And again in the case of Sodom, something distracts God’s attention and he decides to go down and understand what is going on among the dwellers below: “And the Lord said: ‘Verily, the cry of Sodom and Gomorrah is great, and, verily, their sin is exceedingly grievous. I will go down now, and see whether they have done altogether according to the cry of it, which is come unto me; and if not, I will know’” (Gen. 18:20–21).

In each case God consults, but the narrator doesn’t say with whom. God turns to those present and says, speaking in plural voice, “Let us, then, go down,” and in our story he comes to converse with Abraham, his friend. But these discussions don’t produce a positive verdict or lenient sentence. What comes is the scattering of the rebels of the Tower of Babel and the deadly earthquake on the limestone plain of Sodom by the Dead Sea. Something is deeply unsettling. It is not only the eternal “why” of God’s absoluteness. Why doesn’t he have any shades of gray? Why is he only an open-handed Creator or a strong-armed Destroyer? But the most disturbing question is the “technical” one: What catches God’s attention and how does it happen? When does he respond to events and when does he ignore them?

In the biblical myth of the Tower of Babel the answer is simple. The tower has reached the outskirts of his heavenly abode. The people of that generation had so vastly improved on the human technology first developed by Cain that they were ready to embark on a scheme the likes of which had never been seen: “And they said one to another…, ‘Come, let us build us a city, and a tower, with its top in heaven, and let us make us a name; lest we be scattered abroad upon the face of the whole earth’” (Gen. 11:3–4). With neighbors like these, even the Dweller on High had no choice but to complain to the zoning board.

But what of Sodom? What caught God’s attention there? Answer: the outcry – “the cry of Sodom and Gomorrah.” But who was crying out? What were they protesting? What alarm finally managed to break through the elaborate defenses of the One who had vowed never to bring another flood to destroy the world? What was the charge that managed to reach the Throne of Glory and goad its occupant to descend to earth once more? The portion doesn’t say. This scriptural silence regarding the source and nature of the outcry opens the door to the fantasies of the sages of the Midrash, such as the legend of Lot’s daughter: “Once there was a poor man there who was dying of hunger, and the daughter of Lot, whose name was Kallah [Bride], would go to draw water and put a loaf of bread in her bucket to give to the poor man. The people of Sodom wondered what this poor man was living on, and when they checked they found that Lot’s daughter was supporting him. And what did they do? They stripped her and smeared her with honey, and the bees and flies ate the honey and stung her until she died. And thus it is said, they made a bride” (Midrash Aggadah [Buber], Genesis 18:20).

There are many legends of this sort scattered throughout the various books of Midrash and commentary, and they all have one common denominator: the outcry that burst out from Sodom was not the cry of the oppressed but the cry of the righteous few who lived there and did all they could to preserve their humanity in the face of the brutality of those cities. How many of them there were, we don’t know. Nor do we know whether theirs were the lives Abraham was negotiating for. But we do know the mind of the writer of this midrash. He assumes that there is no human evil so deep that it does not have acts of genuine human kindness alongside it.

And so we travel from that place and time to our own and we ask the same question: are there enough persons of righteousness among us? For the Ethiopians, for the people of Gaza, for the members of the gay community? If Abraham were bargaining for our lives, would he manage to prevent our destruction at the hands of him who “chose the Torah and Moses his servant and Israel his people and the prophets of truth and justice”? And what if this argument has already taken place in some venue that we don’t know about? What if the judgment has already been handed down without our knowing, and now we can only watch the painful execution that unfolds, as always, without our ever having noticed the advance warnings?

Because I feel very deeply about the silent, pent-up cries all around us, I’d like to share an impressionistic thought arising from these matters. Homosexual relations are known in many languages, including both English and Hebrew, as sodomy. As such, they are an integral part of our discussion of the portion. Anyone can have their own theories about the origins of the ancient prohibition. What we should note is that a prohibition so sweeping that it’s labeled an abomination – “Thou shalt not lie with mankind, as with womankind; it is an abomination” (Lev. 18:22) – hints at a reality sufficiently widespread that a serious prohibition was considered necessary to combat it.

I’d like to assume that the opposition derived at least partly from a worldview that saw life as holy, and its holiness was the holy of holies. Sex without fertility, childbirth and continuity cannot be sanctified in a system that seeks above all to bring life into the world. Does this fundamental still have a place in today’s world? It’s highly unlikely. Many same-sex couples share a love that is as far from abominable as one can imagine. For many of them, their partners are their family. In addition to that love and commitment, modern legislation and advances in medicine and biotechnology have made it possible for many of them to join the circle of parenthood and fertility and become fine parents in the ever-changing, expanding framework of the modern family.

Under these circumstances, anyone who can accept the value of the changing family should be able to let down their defensive walls and let go of the anti-gay repugnance drilled into us. They could be handled with the same sort of annulment rulings that the Mishnah applied to other biblical commandments when times or sociological circumstances had changed. The sages of the Mishnah boldly annulled the commandment of bitter waters that the scripture prescribed to identify unfaithful wives when adultery was on the increase. They annulled the ceremony of slaughtering the headless calf that was supposed to deter incidents of random murder. From now on, let us say that as same-sex couples and their offspring increase, the abhorrence of lying with male or female is no more.