A Rip in the Fabric of Mother 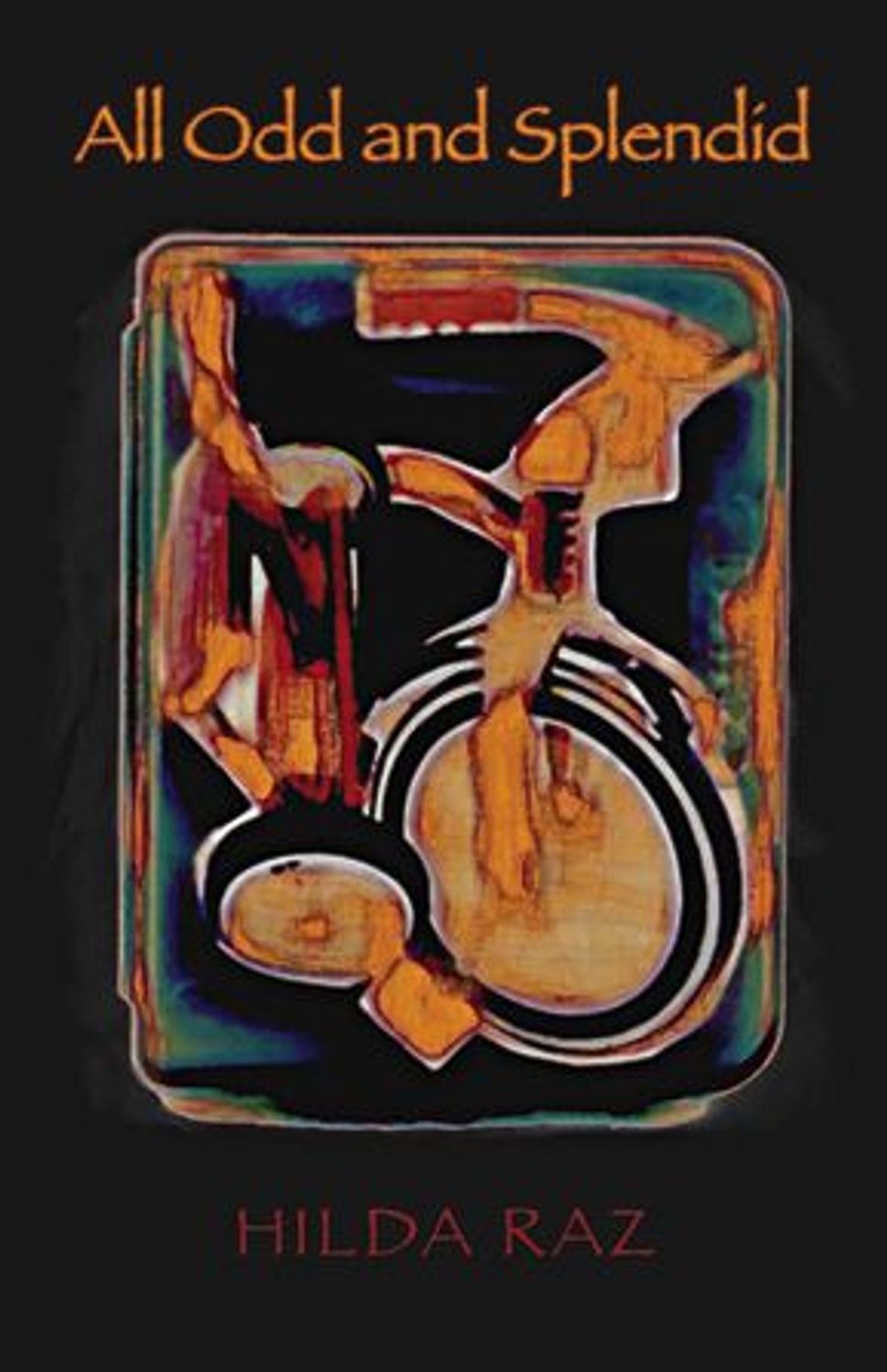 All Odd and Splendid 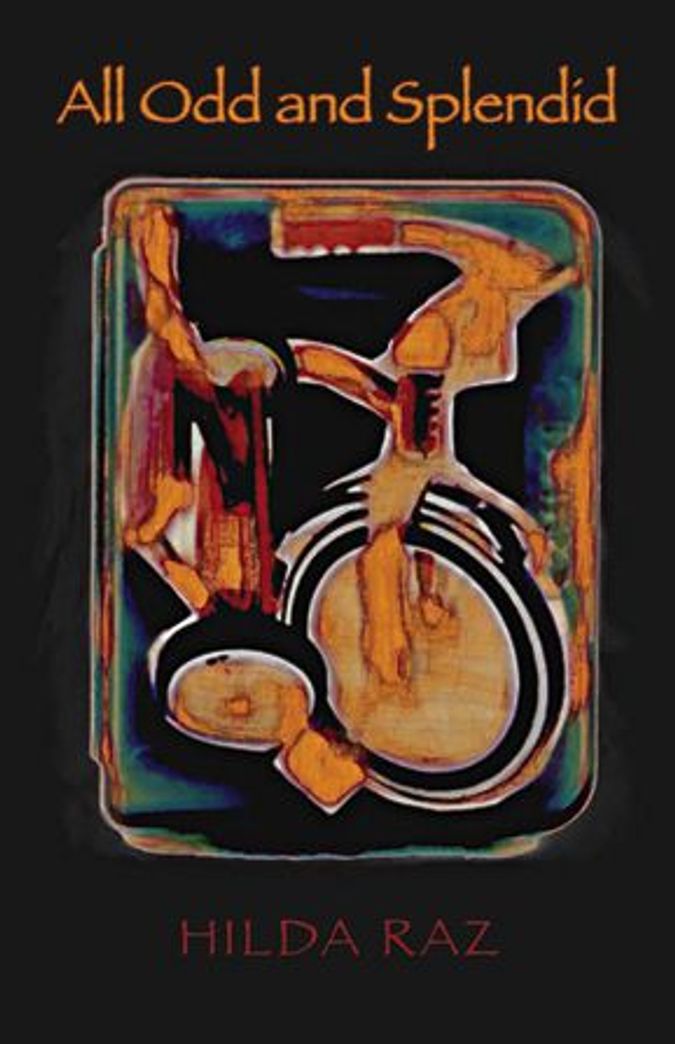 In the beginning, there is gender. “It’s a boy” or “It’s a girl,” we say. That’s our genesis, the bedrock on which we build our selves and our lives. That’s why when the gender of someone we love shifts, our selves, lives and world seem to heave and shudder.

Most who experience the identity earthquake that is transsexual transition can’t wait for the world to stop shaking and for lives to once more seem structurally sound. But in her new book of poetry, “All Odd and Splendid,” Hilda Raz, poet, professor, editor of the literary journal Prairie Schooner and mother of Aaron — her son who was born her daughter — lingers in the existential rubble of transition. “All Odd and Splendid” is not “about” Aaron’s transition; it is about how life looks and feels when fundamental categories of being have come unmoored:

Aaron is leaving or is he coming home?

One woman I am, or the girl,
hitches up her socks, clips
one corduroy pant leg close
and unlocks her bike. Soon
she’ll be flying down the hill
we hiked up.

It’s time to split
myself into two women,
or no, a woman and a girl…

Aaron has left the door open
behind his new backpack
hitched up on his shoulder
as he bends to enter the car.

I am pushing up the hill
what someone promised was wings
as he turned a wrench in the spokes
and bolted together new life.

Aaron remains “he” in the body of the poem, but as the “He/She” of the title suggests, that seemingly settled pronoun reflects an ongoing process of upheaval. “She” refers to the speaker; “He” refers to Aaron, but so does the combination “He/She.” “He/She” — a derogatory term for transsexuals — suggests the “wrench” Aaron has thrown into time, space and identity. Like the slash between “He” and “She,” the complications of Aaron’s gender fuse and confuse mother with son. As parents are defined by their children, Aaron’s transformation is also his mother’s. Her gender remains female, but her identity, her history, her very memories have been remade: A life as the mother of a daughter becomes her life as the mother of a son. Rather than mending this rip in the fabric of her existence, Raz magnifies it, turning gender’s failure to stabilize identity into a principle of representation. The speaker can’t tell if Aaron is “leaving/or is he coming home?”; she isn’t even sure if she herself is, or should be, woman or girl, one woman or two, caught up in the scene, or observing from such a distance that she experiences herself in the third person: “Soon/she’ll be flying down the hill/we hiked up.” Throughout the book, characters emerge and disappear without explanation; things happen, but without the context and concepts that would enable us to see them as intelligible events and relationships.

There is no word to express how it feels when a daughter becomes a son, a father a mother, a wife or husband a gender we cannot desire. “All Odd and Splendid” reflects the inadequacy of emotional vocabulary in dealing with the violence of such involuntary transformations by largely avoiding words for feelings, as in the opening of “Beloved, 24”:

Get in with a packed suitcase to ride
the prairie rain-pocked sleet marks the wide meadows
where is his body? traveling under shine it comes
in a nest of pleated linen we return
in the wrong direction….

There are no words of emotion here. Instead, Raz makes both her outrage at premature death and her love for the suddenly dead young man palpable through paradoxical descriptions that estrange us from what they describe. The poem orders us to “Get in,” but refuses to tell us what we are getting into; it superimposes panoramic surveys of “prairie” and “wide meadows” with gritty close-ups of “rain-pocked,” sleet-marked land; shows us the “body” moving in the distance, “under shine,” then places it beside us “in a nest of pleated linen,” which, thanks to the fragmentation of syntax, seems to hold not only the “Beloved,” but also us, as “we return/in the wrong direction.”

Despite the affirmative title — it’s taken from a quote from Diane Arbus, whose photographs of “freaks” also unsettle basic categories of identity — much of “All Odd and Splendid” is pretty bleak. As the final stanza of “He/She” suggests, “pushing up the hill” of existence is work both backbreaking and heartbreaking. By the end of the collection, though, one word decisively returns and ends the final poem, “for love for love for love for love, for love.” For even as we toil beneath the weight of what “someone promised was wings,” the “wrench in the spokes” that wrecks our sense of who, what and where we are is “bolt[ing] together new life”:

Is my baby ugly? he whispers.
I answer here. No.

His arms are shot. Her neck wobbles.
What’s the matter? Everything…

We whose lives are touched by transsexuality often rush to reassure ourselves and each other that the fabric of life has neither snarled nor shredded, that even as one of us spins or strides from one side of the gender binary to the other, maleness and femaleness and the world that rests upon them remain. Refusing such consolations, Raz uses the trauma of transsexual transition as Shakespeare uses the humiliation and madness of Lear: as an existential vantage from which to examine the transmogrifications — deaths and near-deaths, birth defects, and illness that disfigures the bodies and minds of those we love — that wrench the very frameworks of our lives. As “Splendid” puts it: “What’s the matter? Everything.” The poem begins with fragmentary references to physical suffering that, because we cannot sort them into coherent scenes, become emblematic of existence. All we know is that there is pain, unbearable pain, pain witnessed by those who can do nothing about it. The shame of that impotent witnessing is distilled into a nameless, faceless father’s whisper —“Is my baby ugly?” Is this ugliness the essence of life?

Raz’s raw, vertiginous proximity to this pain enables her to “answer here. No,” to affirm life without platitude, euphemism or anesthetic:

If he lies on the floor and hums
If she builds towers and bridges with her fingers
If grey light bleeds lavender onto the pages
What can be said to be missing? What else can matter?

Joy Ladin, Gottesman Professor of English at Stern College of Yeshiva University, is a published poet. She is completing her memoir, “Inside Out: Confessions of a Woman Caught in the Act of Becoming.”

A Rip in the Fabric of Mother