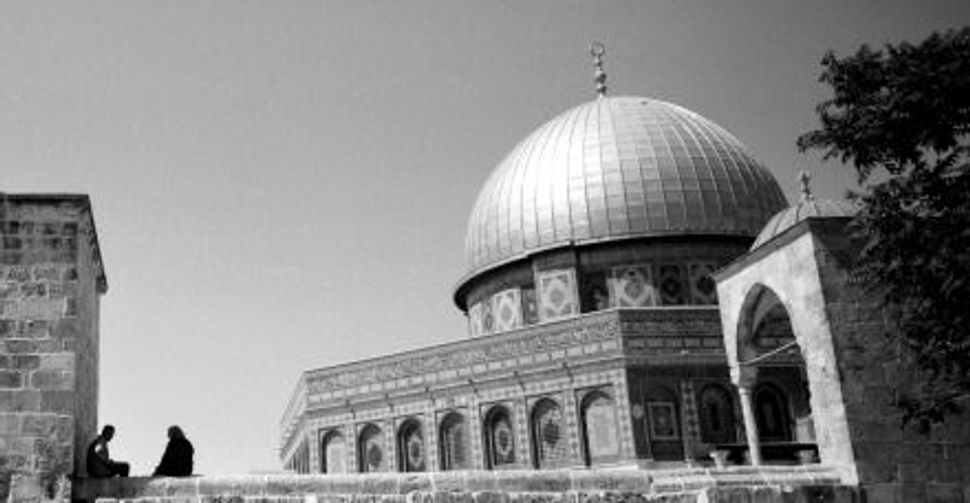 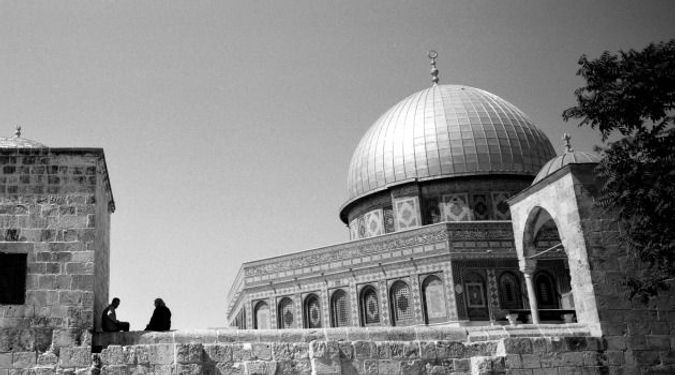 Columbus and the Quest for Jerusalem
By Carol Delaney
Free Press, 336 pages, $26

A Google search for Jerusalem brings more than 13,000 news hits in less than 0.17 seconds. But the city that many people think they know bears little resemblance to the place itself. Jerusalem lives in the past and present simultaneously, which makes figuring out its future so frustrating and difficult. Simon Sebag Montefiore states it like this in his excellent new book, “Jerusalem: The Biography”: “Jerusalem is the house of the one God, the capital of two peoples, the temple of three religions and she is the only city to exist twice — in heaven and on earth.” A British historian, Montefiore is also the great- great-nephew of Sir Moses Montefiore. The elder Montefiore founded Jerusalem’s Mishkenot Sha’ananim neighborhood around the iconic windmill, where Jews settled first in 1860.

These three recent books about Jerusalem are highly uneven, approaching Jerusalem from an array of disciplines, including religion, history, anthropology and literature.

The Montefiore book, written with an accessible narrative, is the most important among them, and it makes for a good addition to the many books about the city. James Carroll’s book includes intriguing arguments, but the reader must dig for them within a book that is frustratingly scattered. Cultural anthropologist Carol Delaney’s book about Christopher Columbus’s search for gold in order to fund a Christian recapture of Jerusalem is important for what it says about Jerusalem in the popular imagination, since the book is more supposition than fact.

From what began as a tiny walled village on a hill in 5000 B.C. where ritual sacrifice was once a noted practice, Jerusalem is both the most populous Palestinian city and a city that is at the heart of Jewish identity in history and in religion. This puts it at the core of the divide between Israelis and Palestinians in the ongoing struggle for two states. Christians, too, stake their claim to the city where Jesus lived and taught, and for centuries the city has been captured and recaptured by those who want to lay claim to it for each of the three religions. The problem, though, is daily life. “Jerusalem today lives in a state of schizophrenic anxiety,” Montefiore rightly states. His writing is clear and engaging as he makes the historic case for the claim to Jerusalem by Jews, Muslims and Christians alike.

Jerusalem has been conquered and re-conquered for 3,000 years, by the Romans, Saladin, the Ottomans, Napoleon — even the Albanians and Russians got into the act — all the way up to the British Mandate, leading to the eventual division of the city with rule on the East by Jordan and the West, after 1948, by Israel. 1967, which forms the coda of the Montefiore book, changed all that with Israel’s capture of East Jerusalem and what is known as the Holy Basin, the tiny plot of land that includes the remnants of the two Jewish Temples known as the Western Wall, the Temple Mount and the Al Aqsa Mosque along with the rest of the walled-in Old City. This cluster of holy real estate is what all the fighting is about; the rest of the city is practically postscript.

For 3,000 years, Jerusalem, in the midst of all the bloodletting, evolved into a metaphor for longing and perfection as much as into a real place. As Carroll, a former Catholic priest, chronicles in his book, the city has provided a gleaming future on a hill for everyone from the ancients to American pilgrims and British poets. Carroll’s documenting of Jerusalem in the literary and religious imagination is the most interesting argument in his book and would have made a terrific stand-alone essay or smaller book.

What would a book about Jerusalem in the imagination be without an evocation of William Blake’s poem about Jerusalem? “And did those feet in ancient time / Walk upon England’s mountains green….” Ironically, Blake placed Jerusalem “among the dark Satanic Mills” of England’s industrial era, in a poem that became an anthem of the British left, with Jerusalem as a metaphor for a just society: “I will not cease from Mental Fight, / Nor shall my Sword sleep in my hand: / Till we have built Jerusalem, / In England’s green & pleasant Land.”

Carroll also documents how the early Americans carried Jerusalem in their hearts to the New World from their home countries. From Herman Melville’s notion of Americans as “the peculiar, chosen people” to John Winthrop’s messianic “shining city on a hill,” Jerusalem was the spiritual epicenter of the new America. By the early 1800s, according to Carroll, more than 200 American cities were even named for Jerusalem.

Millenarian movements of the Middle Ages and Pentecostalism valued Jerusalem. Today’s evangelical Christian right runs in a direct line from the millenarians, who see the Jewish conquest of Jerusalem as the prelude to the Second Coming of Christ. Jerusalem as an elixir is so powerful that it has even captured the myth of Christopher Columbus, with Delaney’s claim that Columbus’s quest for jewels and fortune for his rulers was driven by an urge to finance a renewed crusade to win back the city for the Christians. 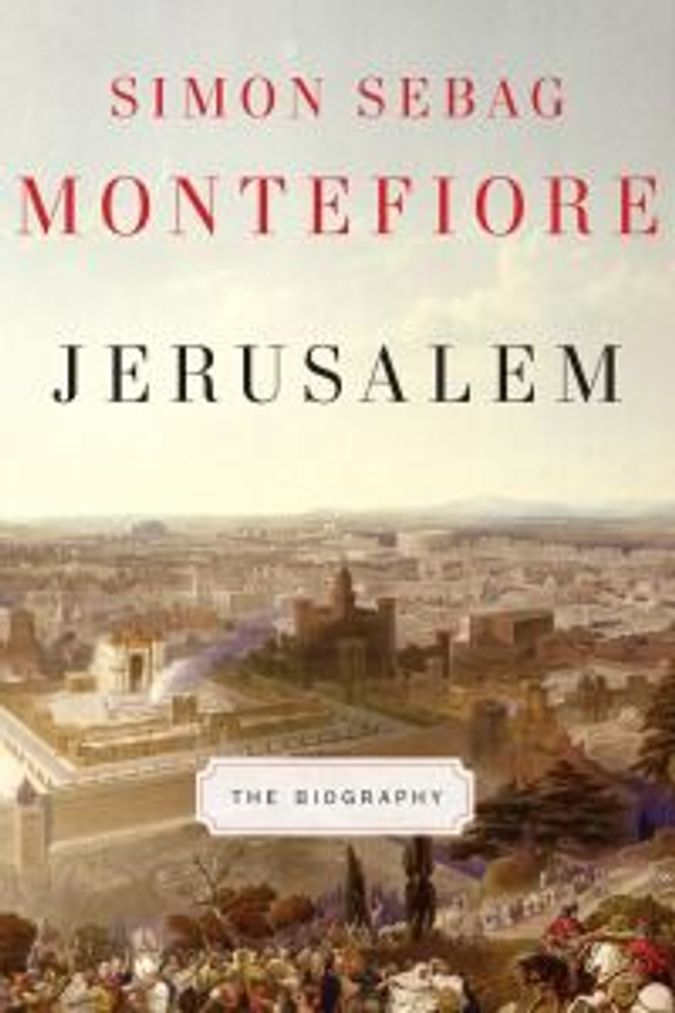 But its place in world mythology has not brought peace, and certainly has not brought unity, to this troubled city. The ultra-religious Jews whose increasing influence over the past 20 years has driven out all but the last remnants of a moderate Jewish population in Jerusalem demand that everyone in the city follow their dictates. And 43 years after “reunification,” the cultural divide between Jews and Palestinians is tremendous, with points of reference for daily life almost completely different on the two sides of the city, even among educated groups. East Jerusalemites read different newspapers, watch different television stations and send their children to different schools than those to which their Western neighbors send theirs. Palestinian neighborhoods continue to be ill served by the “united” municipality: Trash collection, road paving and street signs are all barely functional.

Even the time zones sometimes are different East to West. Just as the Orthodox rabbinate influenced the Israeli government to switch to daylight saving time earlier than usual to accommodate religious Jews’ Yom Kippur fast, so, too, did the religious Muslim clerics convince the Palestinian Authority to do so for Ramadan which, this year, was most of August. So, when the clock shifted back in the West Bank in August, Palestinians in Jerusalem shifted with it — at least psychologically. And for about a month they had to remember to go forward or backwards an hour as they navigated the Israeli border.

Jewish Israelis almost never go beyond the Old City, certainly not to the areas near the municipal border — large Palestinian villages such as Beit Hanina, a town with more than 27,000 people in it, just 5 kilometers from Ramallah — or even to the nearer Wadi Al Joz, Shuafat or Sheikh Jarrah neighborhoods. Nor do American Jews, for whom Jerusalem exists more like a “Disneyland for grownups,” go there, preferring instead to see the holy sites and museums. One of the only mixing points in the city is the relatively new Mamilla outdoor mall, where secular and ultra-Orthodox Jews all come, as do the wealthier Palestinians from the outlying neighborhoods like Beit Hanina.

This past summer I sat on the porch with a friend in his family home in Sheikh Jarrah to celebrate the first night of Ramadan. This prominent family first settled in this neighborhood in the late 1880s, and their history is well told in Montefiore’s book. Today they are fighting for three of their properties in this neighborhood, against extremist Jewish settlers. We sat on the back porch, looking east, and waited for the Ramadan cannon shot in the Old City, signaling the end of the fast day. On the street outside, workers under electrical spotlights were pumping water into the construction site taken over by Jewish settlers on the corner.

“The linear order of time keeps getting lost in Jerusalem, just as the spatial realm, by being spiritualized, keeps evaporating — except for those who actually live there,” Carroll stresses. I thought of Jerusalem’s balancing act, between Jew and Palestinian, between past and present, between religion and secular daily life, all this as I walked outside from the back porch’s quiet to the dissonance of the construction on the street. I drove out of the neighborhood with the ancient walls in the distance, wondering — as do these three authors — how it will all turn out.

Jo-Ann Mort writes frequently about Israel for the Forward, Dissent and other publications.