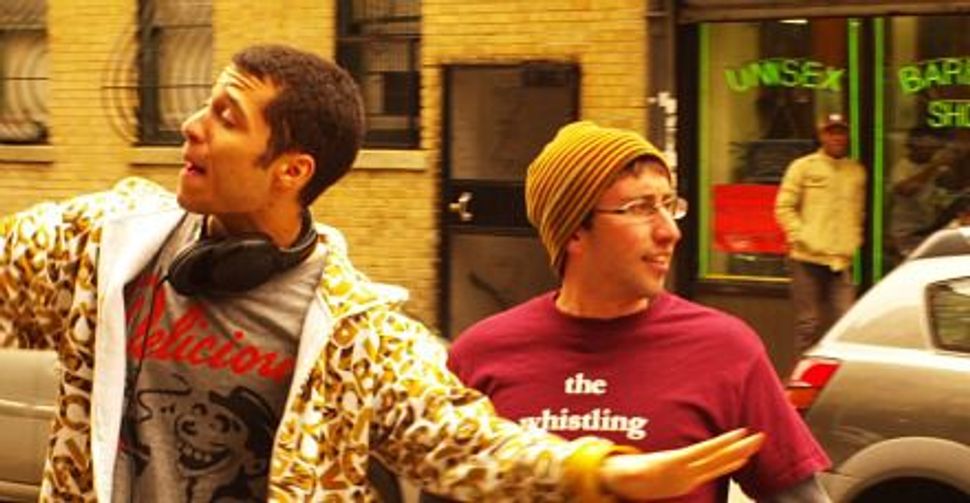 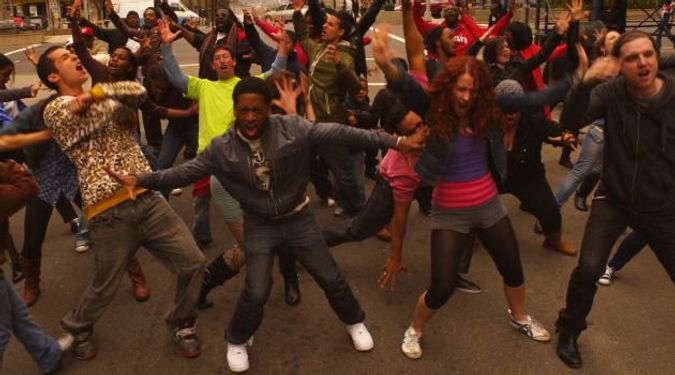 Like most Jewish camp staff members over 21, Mark Blackman isn’t in it for the money.

Blackman, 27, enjoys working with kids at Maryland’s Camp Airy, as well as taking walks near the mountains. He calls it “home to me.”

But more than anything, Mark Blackman has returned almost every summer since 1998 because camp is where he makes his dreams come true.

Blackman is the counsellor who brings to life ideas everyone else dismisses. As the organizer of camp-wide events, he brought camels in from the local zoo. He also brought a monster truck in to “smash a bunch of cars.” He bought 300 helium balloons and flew campers across camp on a harness. 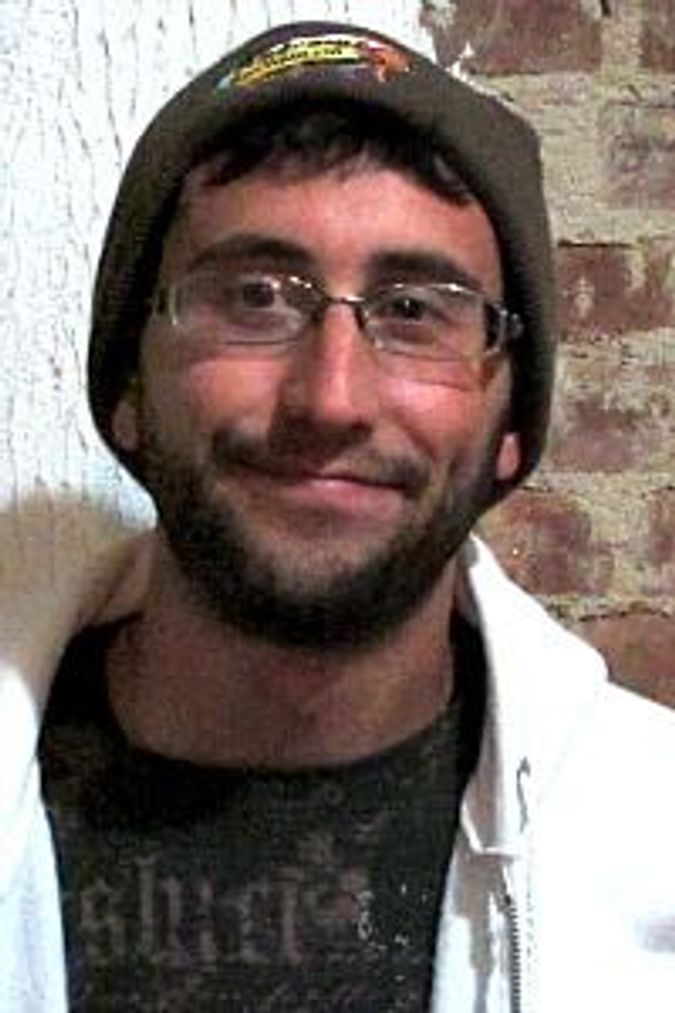 And Blackman sees no reason why he can’t follow his dreams when summer ends. That’s why, three years ago, he quit his job as an IT headhunter, moved to Harlem and — with no professional film experience — wrote a movie.

In late October, Blackman hosted a fundraiser for the movie at Tian, a restaurant in Harlem’s Riverbank Park. Sporting a beard and thin-frame glasses, he wore a brown blazer, pink “Welcome to Harlem” T-shirt and jeans. About 20 people — most of them members of the movie’s cast and crew — listened as Blackman took the microphone.

“What we have already been able to do, to come this far, is something extraordinarily unique,” Blackman said. “A bunch of kids from the freaking neighborhood on 151st Street creating something by themselves that is going to be seen at the Apollo is not just cool. It is f–king unheard of. This is not supposed to happen.”

But Blackman has made it happen — through local business sponsors, price-haggling with the Apollo and five-figure personal debt. The movie is a musical about a 23-year-old named Marty Blackstein who moves to Harlem, meets a girl and fights gentrification, but above all it’s a love affair with Blackman’s neighborhood. Blackman lives on 151st Street in a repossessed building supervised by a lawyer who stopped collecting rent last year. He now pays nothing for his 4-bedroom apartment-cum-production-office. Unemployment insurance covers his main expenses: “food, booze and weed.”

“The block reminds me of summer camp more than anywhere else,” he said. “You walk down the street, people are hanging out saying hello to you. There are kids running around. If you have a basketball, eight people are going to want to play with you.”

Like any camper hatching a scheme, for the movie he recruited bunkmates — in this case, next-door neighbors — finding a cinematographer, music composer and production manager. He even took a few of them to Airy last year.

Blackman does not keep a budget, but he estimates that the movie cost $250,000, which came from loans, an inheritance from his grandfather and donations from family and friends. Some funds Blackman kept on hand for cash emergencies, like paying off his building’s superintendent so he could film on the roof.

“Every time we were shooting, I made sure to have a wad of cash in my pocket,” he said. “If $200 will make the problem go away, you have to do that.”

Bribery is hardly the craziest thing Blackman has ever done. For one month in 2009, inspired by men he met while volunteering at a needle exchange, Blackman decided to become homeless. Armed with some clothes and an iPod Touch, he sublet his apartment and slept in parks, on church steps and on benches. Finding food and shelter soon became easy.

He’s no longer homeless, and Blackman expects to make millions off “Welcome to Harlem,” though he has “no idea” how. And indeed, Blackman informed his faithful that “Welcome to Harlem” hadn’t yet raised enough money to pay the Apollo. By November 14, out of 1,300 seats in the main theatre, they had sold about 30. They owed the Apollo $17,000. Since then, they’re up to 300 sold. But the film is made and the dream lives on.

Ben Sales is a freelance writer in New York.