Girls Just Want to Have Fun (And Do Their Duty) 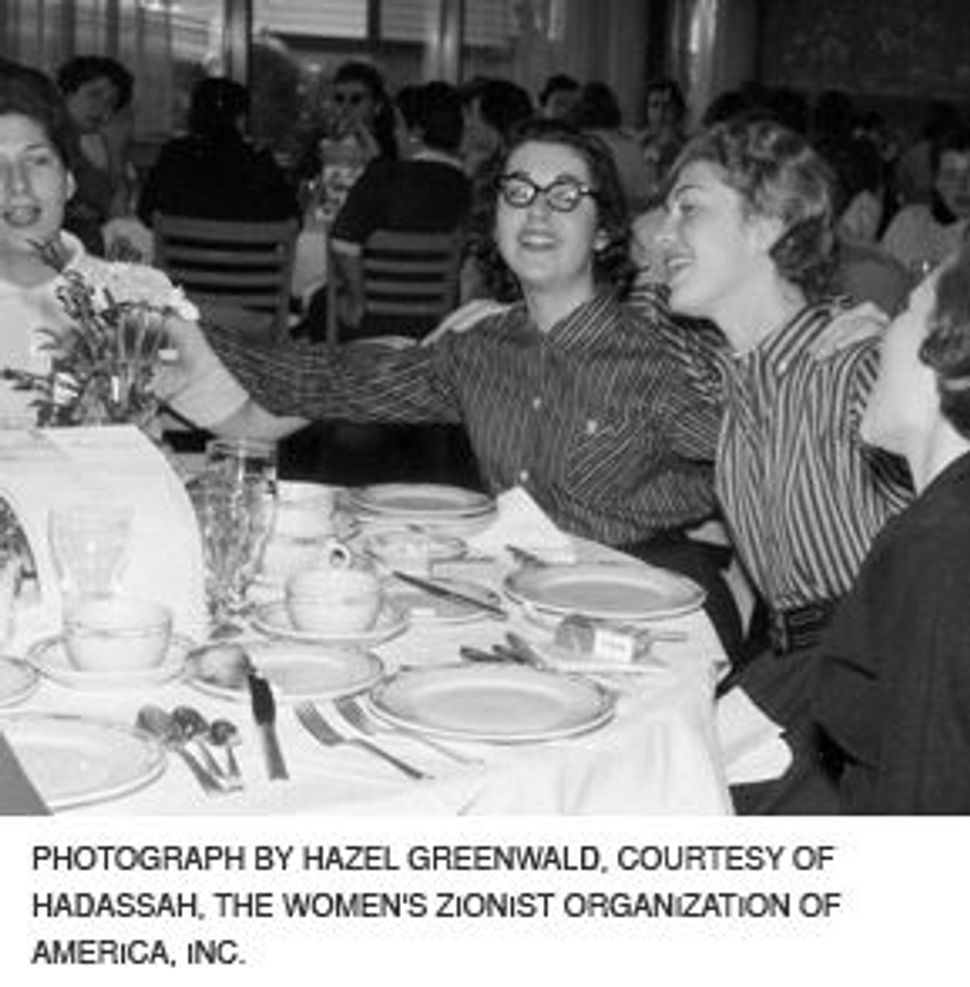 THE YOUTH GROUP THAT SINGS TOGETHER, STAYS TOGETHER: Teen girls of Junior Hadassah sing around the table at the 1958 convention.

Over the years, much has been made of American Jewry’s child-centeredness, of its determination to transform ancient holidays like Hanukkah into fun-filled occasions designed to appeal to the most youthful members of the community. But what of its teenagers? Has American Jewry effectively reckoned with that element of the population? Has it successfully integrated its often disdainful, sullen and skeptical 15- and 16-year olds into the Jewish body politic? Well, if not, it hasn’t been for want of trying. 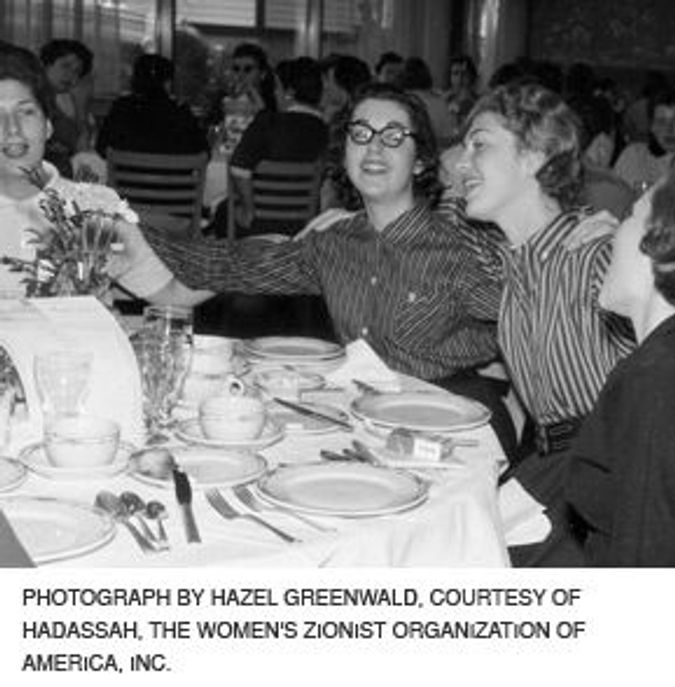 THE YOUTH GROUP THAT SINGS TOGETHER, STAYS TOGETHER: Teen girls of Junior Hadassah sing around the table at the 1958 convention.

Consider the history of the Szoldettes, a division of Young Judea named after Henrietta Szold, legendary founder of Hadassah, Junior Hadassah and B’nai B’rith Girls. As early as the 1950s, each of these organizations — the first two focused on improving life in Israel, while the third focused on improving life in America — made a concerted effort to involve American Jewish teenage girls in something larger than themselves, while also holding tight to the protocols and conventions of teenage-girl culture. “Every girl wants to have fun and friends. If you’re like all the rest, you’ll find the Open Sesame in BBG,” B’nai B’rith Girls’ Members’ Manual declared, fashioning the imperatives of communal involvement in terms likely to appeal to peer-conscious, fun-loving teenage girls of postwar America.

Suggesting that Jewish concerns and teen concerns could go hand in hand, promotional brochures like this one spoke fulsomely of activities that were “particularly suitable for girls — of tennis, bowling, swimming, ping pong, folk dancing and modern dance,” and of the way that they helped Jewish girls to acquire the “poise that is so essential in modern life.” Time and again, these Jewish institutions invoked the notion of fun, standing on its head the widespread belief that Jewish communal life was inherently dull and gray, suited only for those on the wrong side of 40. “Young Judea is not somber and long-faced,” its supporters insisted. “Its approach is rather through the play-way, through fun, dancing, singing, games, athletics, picnics and parties.”

Young Judea and its sister organizations also placed a premium on good deeds and on political engagement, especially when it came to supporting the new State of Israel. “To be a regular girl these days, you must also think about the world in which you live. You must ask yourself questions about your relationship to your fellow-citizens, your country, your people, to all mankind,” they exhorted in print and in exchanges with their constituents, suggesting that there was no better place to do just that than at meetings of B’nai B’rith Girls, Young Judea or Junior Hadassah. When you become a member, “you’ll find that you are combining your fun with activities that will make you a more intelligent citizen, a better Jewish young lady and also a partner along with thousands of others in the job of community service,” one of their recruitment pamphlets explained, referring to food drives, fundraising campaigns and classes in contemporary affairs.

Perhaps the fullest elaboration of the relationship among Jewish associational life, social activism and modern Jewish identity could be found in “The Ten Commandments of Junior Hadassah.” A kind of pithy mission statement set in mimeograph rather than etched in stone or refracted through stained glass, it set forth the responsibilities of Junior Hadassah girls by drawing on one of the most familiar of religious touchstones, even down to its highfalutin biblical language. Sounding as if it came straight out of the King James Bible, one commandment declared, “That thou art a member of Junior Hadassah, thou art invested with the right of maintaining and cultivating land through the Jewish National Fund.” Another mandated that “thou shalt know that the Renaissance of Jewish Culture in Palestine will bring forth greater meaning to Judaism in America.” A third commandment ringingly affirmed the consonance of Zionism with American-ness by allowing that “thou art practicing American ideals, and exalting Jewish culture” by participating in what Junior Hadassah had to offer.

In its evocation of the Ten Commandments, Junior Hadassah not only endowed its raft of teen-oriented activities with seriousness, making it clear that not everything it did was fun and games or, for that matter, focused on just the here and now. By linking American Jewish organizational life to the Ten Commandments, it also evoked the claims of history and of continuity. So, too, did Young Judea. While it stopped short of bringing the Decalogue into play, it also took great pains to situate its activities within a larger Jewish historical context. “Behind and above all the levity, [we] face the serious challenge of a cause that is as big as life itself,” the Zionist youth organization noted. “The abnormality that clings to Jewish life attaches to us all, and the main effort of Jewish play or work, however we please to view it, is to regain normal balance.”

In search of equilibrium, Junior Hadassah and Young Judea and other teen-centered Jewish groups made a point of combining high jinks with high purpose, seeking to demonstrate to Jewish teenage girls of the 1950s that Jewishness and teenage-ness were not adversarial categories but boon companions — a message that was not lost on the thousands of Lindas, Joans and Phyllises who became members. Whether they relished the opportunity to display their leadership skills or their speech-making prowess, the idea of doing good or the pleasure of seeing their picture in the paper for having raised money for an iron lung or for a youth village for refugees, these teenage Jewish girls of the 1950s affirmed the possibility that Jewish life was not simply for grown-ups.

Girls Just Want to Have Fun (And Do Their Duty)