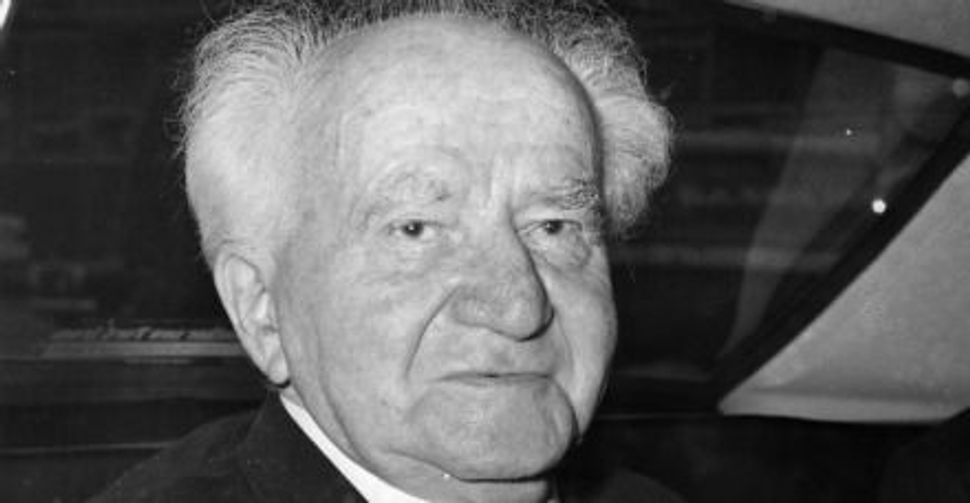 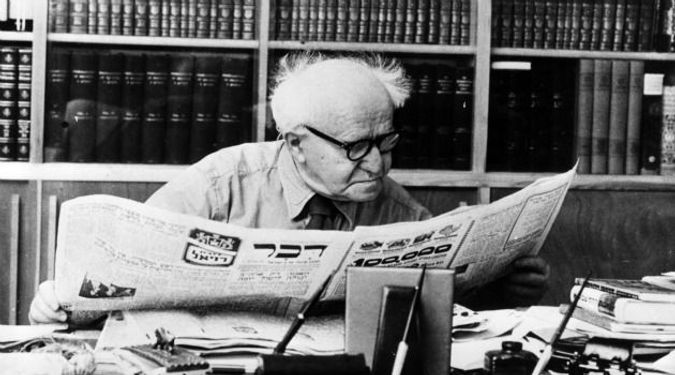 Pragmatic Idealist: David Ben-Gurion was driven by ideology to create the Jewish state. But Shimon Peres writes in a new book he was more interested in concrete achievements, even if it meant difficult sacrifice. Image by getty images 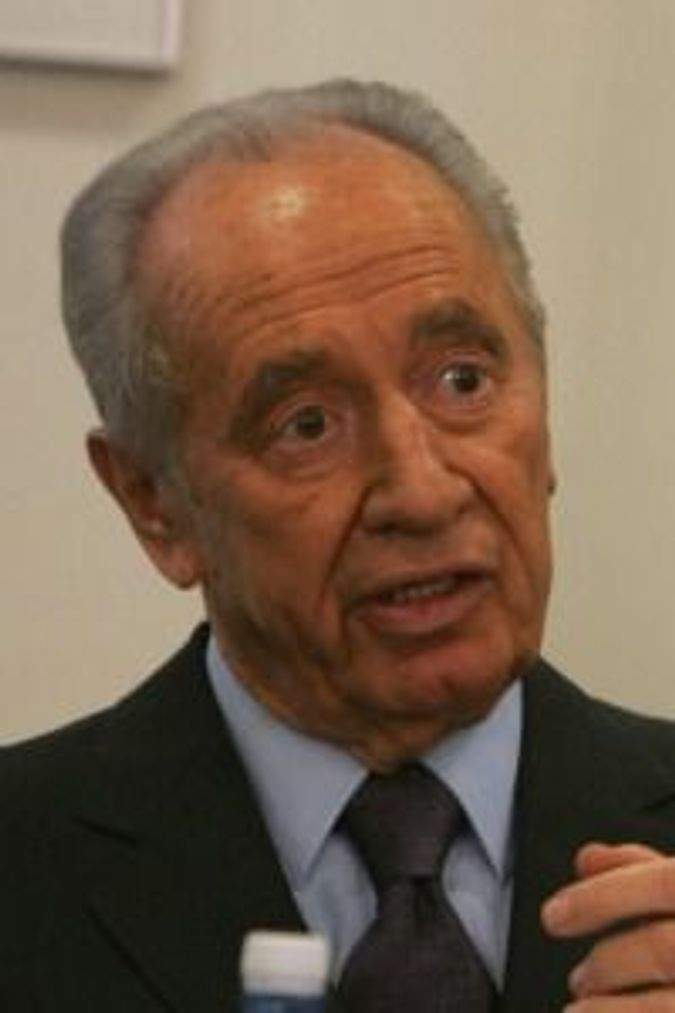 The most revealing conversation that Shimon Peres ever had with his mentor, David Ben-Gurion, was perhaps his first. Peres was a young activist in Ha’Noar Ha’Oved, the Labor Zionist youth movement, when he asked the powerful and charismatic chairman of the Jewish Agency for a lift up the coast to Haifa from Tel Aviv. They spent most of the ride in silence, but then, just as they were approaching their destination, Ben-Gurion decided, out of nowhere, to tell the young man why he preferred Lenin to Trotsky. This was, for sure, a surprising admission. Trotsky was the fiery Jewish revolutionary filled with ideological fervor to match that of the Zionists of Ben-Gurion’s youth. “Lenin was Trotsky’s inferior in terms of intellect,” Ben-Gurion explained. But Lenin had a quality that Trotsky never possessed: “He was decisive.”

The secret of Ben-Gurion’s leadership was, as legions of mythologizers have pointed out, his willingness to be — to borrow a recent leader’s inelegant but apt expression — the decider. In that conversation with Peres, Ben-Gurion revealed that his annoyance with Trotsky stemmed from the revolutionary’s position on the Brest-Litovsk peace talks between the Russians and Germans to end their part of the fighting in World War I. Trotsky wanted to implement a policy that was known as “no war-no peace,” storming away from negotiations but also declaring an end to fighting. This waffling approach was, Ben-Gurion told Peres, “not statesmanship. That’s some sort of Jewish invention.” Lenin pursued peace, accepting its price in much lost territory, but he got to build his communist paradise. In short, he cut his losses and moved on — which is also not a bad way of describing how Ben-Gurion approached the building of the Jewish state. Ideology drove him, but he was more interested in putting stakes in the ground, even if they involved difficult sacrifice.

It is this vision of “the old man” that Peres offers in his new biography, written together with David Landau, former editor-in-chief of Haaretz. For Peres, Ben-Gurion’s life can be reduced to “the decisions he made at critical junctures in Israel’s history” — chief among these being his acceptance of partition and the concept of two states, a serious compromise that Peres believes ensured Israel’s founding.

Not long after that conversation in the car on the way to Haifa, Peres became the most eager and devoted of Ben-Gurion’s young acolytes — so much so that today, as president of the State of Israel at the age of 88, he still unabashedly refers to himself as a “Ben-Gurionist.” The book is filled with frequent dialogues between Landau and Peres, interludes that break up the story of Ben-Gurion’s life and save the narrative from a certain conventionality. In one, Landau asks Peres if he was ever “in private, critical of Ben-Gurion’s policies.” “No!” Peres answers, perishing the thought. “That’s almost impossible,” Landau responds in exasperation. “You’re a critical person by nature. You couldn’t have abnegated your entire personality.”

In this book, at least, Peres is quite willing to do that. He says nothing negative as he takes us through the stations of Ben-Gurion’s well-known life: his Polish origins in Plonsk; his first years in Ottoman-ruled Palestine; the building of a powerful political party for the Labor Zionist movement, through which he eventually ascends to the leadership of the World Zionist Organization and the Jewish Agency; the epic battles with Chaim Weizmann and Vladimir Jabotinsky (and then Menachem Begin), and the tough decisions of war and peace that came with the state’s founding, from securing arms for the War of Independence to German reparations to the pyrrhic victory of the Sinai Campaign and the exhausting Lavon Affair.

The tension that bubbles underneath this adoring view is dealt with in the dialogues, which come at controversial points in Ben-Gurion’s biography. It’s as if Landau had to separate himself from Peres in these moments — exploring Ben-Gurion’s detached reaction to the unfolding Holocaust, or his harsh take-no-prisoners political approach — and put him on the stand as a character witness. In these brief departures from the narrative, we get the hints of a more complex portrait, which Peres continues to bat away.

Take, for example, Ben-Gurion’s introduction in 1948 of the so-called “status quo” agreements that still dictate the precarious relationship between state and religion in Israel. Ben-Gurion gave power over divorce and marriage to the chief rabbinate and exempted any full-time yeshiva students from military service. It was no coincidence that his first coalition government included the Religious Front, made up of a group of religious parties that included the non-Zionist Agudat Israel. Peres’s defense? At the time there were only a few hundred yeshiva bokhurs eligible for the exemption (today that number is 55,000), and anyway, as Peres puts it, Ben-Gurion’s “leadership was based on prioritization.” He could not fight every battle.

We get that he was decisive. It made Ben-Gurion a truly singular figure among a people that had, as he liked to put it, “a wealth of prophets and not enough statesmen.” But by glorifying decisiveness without looking at the implications of those decisions, we aren’t really getting the whole story.

This same problem plagues another recent biography by another unreliable narrator: Gilad Sharon’s book about his father, Ariel. Mostly he provides the transcripts of nearly every banal conversation that Sharon had with a world leader (Kofi Annan: “I understand you are traveling today”; Sharon: “I am going to Brazil”; Annan: “I have been there several times. A beautiful country. All the best”).

And when we do expect to hear some great insight into the decisions the great man made, these are hampered by a desire to present Sharon as incapable of making mistakes. There is no sense from Gilad Sharon that his father’s actions might have had bad consequences, even if unintended. So the withdrawal from Gaza in 2005, though “difficult and painful,” was done with “great sensitivity and determination, with impeccable orderliness, and precisely on schedule” — no mention here of the opportunity this unilateralism presented to Hamas. And when it comes to Sharon’s greatest stain, the 1982 massacres at the Sabra and Shatila refugee camps carried out by a Christian militia armed and trained by Israel on his watch, Gilad absolves his father of any responsibility. Lebanon and its history of ethnic violence are at fault, and the massacres “were not out of the ordinary in the blood-soaked history of this fractured land.”

Maybe this is the problem inherent when a son writes a biography of his father — or, in Peres’s case, of his adopted father. Peres says he was a Ben-Gurionist from a very young age, as soon as Zionism became his religion; he personally fought many of his mentor’s battles for him. It’s no wonder he has produced a hagiography. From a marketing point of view, having Peres write this book is a splendid idea, and one is moved by the extent of devotion and awe that he has for Ben-Gurion. But there is little added insight or complexity here, except for the realization that, in addition to Ben-Gurion’s critical decisiveness, one of his other virtues was knowing how to pick his disciples well.

Watch Ray Charles playing for Ben-Gurion in 1973 — “Heaven Help Us All”!