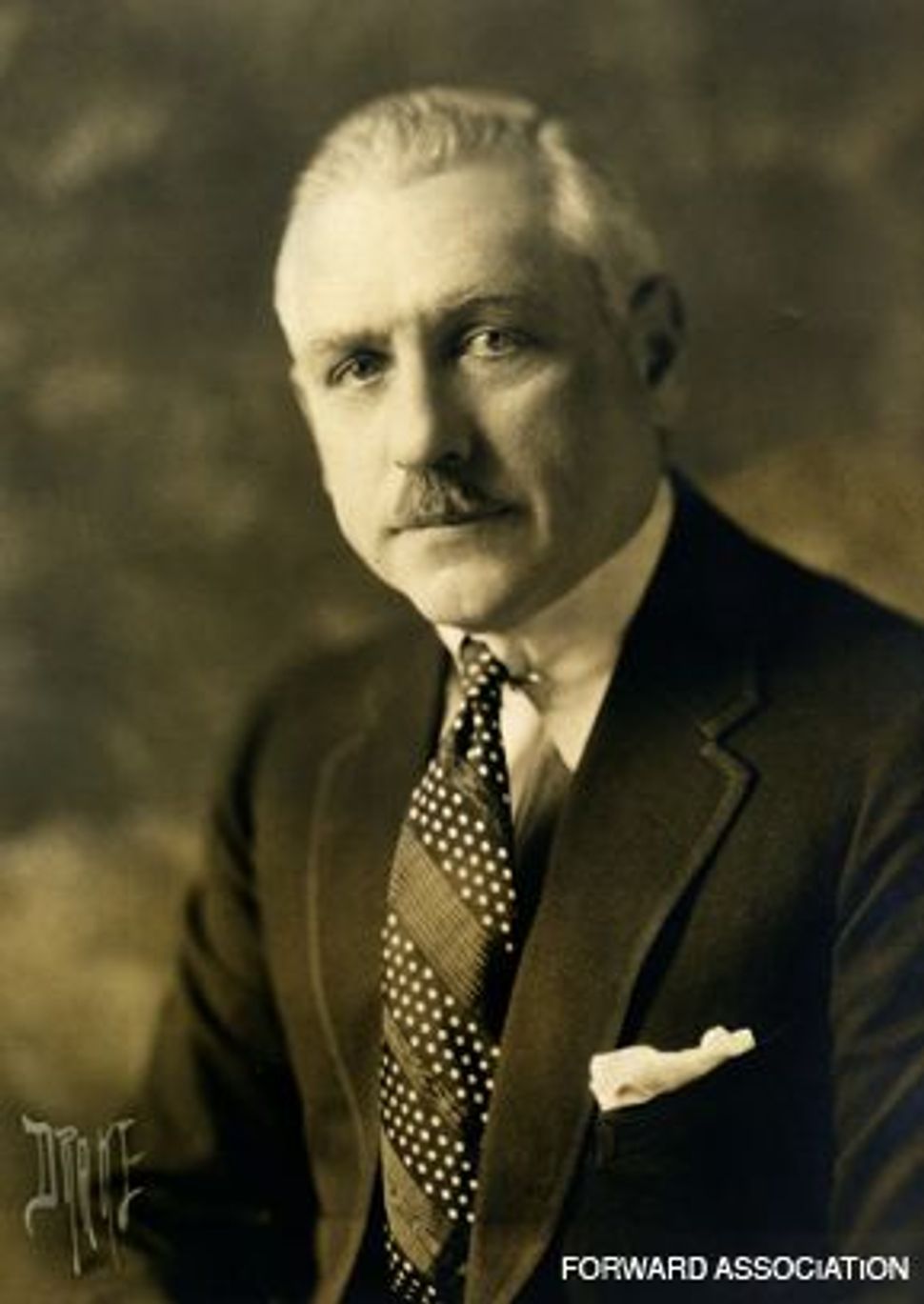 EVERYONE NEEDS AN UNCLE ARTHUR: Despite promising Oscar?s father he?d keep Oscar out of show business, Uncle Arthur (pictured here) gave him a job in his theater, thus providing the financial security for Oscar to marry and guaranteeing the future of the modern American musical. 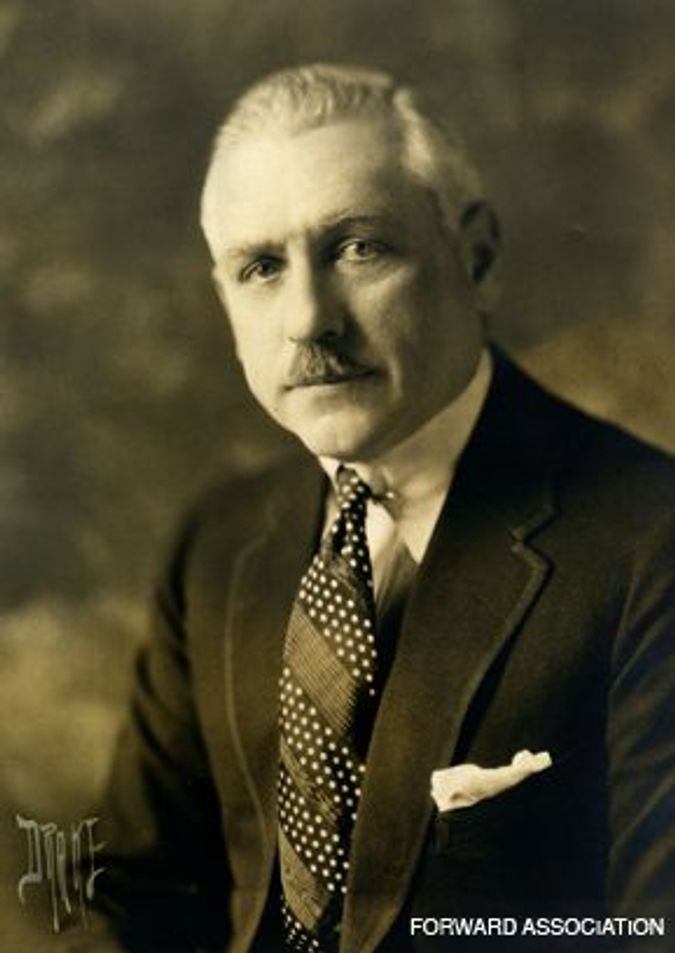 EVERYONE NEEDS AN UNCLE ARTHUR: Despite promising Oscar?s father he?d keep Oscar out of show business, Uncle Arthur (pictured here) gave him a job in his theater, thus providing the financial security for Oscar to marry and guaranteeing the future of the modern American musical.

Strange as it is, “The Complete Lyrics of Oscar Hammerstein II” is, like its subject — and unlike its hero — a musical in its own right. Physically Broadway-sized (11.6 by 10.8 and 5.2 pounds) and visually mediocre, it seems destined for the coffee table or for the reference section of your local library. Plotwise, the story concerns an American lyricist of Jewish and Scottish descent, played by Oscar Hammerstein II. He drops out of law school, collaborates with Richard Rodgers (a Jewish classmate from Columbia University, like lyricist Lorenz Hart) to create some of the most successful musicals in Broadway history, and, in winning two Oscars, becomes the only Oscar to ever do so. From “The Peace Pirates” of 1916 to “The Sound of Music” just a year shy of his death, we follow the stage scion’s progress through 850 detailed excerpts as he wows and wins the loyalty of the theater-going public.

According to tradition, Hammerstein was named after his grandfather, a Jewish immigrant from Prussian Stettin (now Szczecin) who rose from the humble floors of a cigar factory to found the U.S. Tobacco Journal, build the London Opera House and help transform Manhattan’s Longacre Square into the modern Times Square of 1900. In the book’s introduction, Ted Chapin, president and executive director of The Rodgers & Hammerstein Organization, writes: “Oscar I was a complicated man, whose entrepreneurial spirit had him inventing patents for the manufacture of cigars, selling those patents, and then putting that money toward buildings — first, apartment buildings and, later, theaters. He built ten theaters in New York City, of which two are still standing today: the New Victory on Forty-second street [sic] (originally the Republic Theatre) and the Hammerstein Ballroom on Thirty-fourth Street (originally the Manhattan Opera House, where he competed with the Metropolitan Opera — with a certain degree of success). Between Oscar I and II, there was a generation of theater managers and vaudeville presenters, including sons Arthur, who built a theater dedicated to his father (the Hammerstein, now the Ed Sullivan Theater), and Willie, who fathered the father of the musical.”

Although not quite the first to do so, Hammerstein II is largely credited with developing the structure and language of the modern musical drama — a stricter and better-orchestrated gestalt of music and story — by adapting the Continental operetta to the exigencies of American entertainment. More “poetic” and commercial than truly vernacular — compare “Show Boat” with the Gershwins’ “Porgy and Bess” — his lyrics were formal and sentimental: What Hammerstein lacked in lyric originality and Tin Pan Alley-smarts, he more than compensated for in idealism, sentimentality and full-fledged melodrama. In an era of earnest assimilation to everything American, he was that sought-after combination of patient adapter and professional book writer (a librettist for musicals) who devoted himself entirely to the stage without drinking, gambling or womanizing too much.

Indeed, with Hammerstein it was not so much a matter of mastery (prolific, innovative, auspicious — he was all those things the theater world envied) but, in the language of his ancestors, a matter of Innigkeit: While the markedly different voices of Ira Gershwin and Cole Porter (who, along with Hart, Irving Berlin and Frank Loesser, are included in the Complete Lyrics series) can still be heard in their respective lyrics, Hammerstein spoke instead through his characters, out of hundreds of young, Midwestern throats, on the largest stages of brightest Broadway and beyond. He went to Hollywood but never changed his name. Unlike many of his colleagues, he never had to wear his ethnicity on his sleeve.

Thus cloaked in acclaim, the man himself stayed backstage in Doylestown, Pa., where he lived and worked until his death in 1960. Cremated far north of the theater district in the upstate area of Hartsdale, he was later interred at Southwark Cathedral in London, east of the West End, and just down the Thames, from one of the many reconstructed Globe Theatres around the world. In advance of the score, and with the same diligence he applied to “Ol’ Man River,” Oscar Hammerstein penned the words to his own epitaph: “Between the pages of this book lies a hardworking man of show business.”

Daniel Elkind is a writer and translator who lives in Brooklyn.