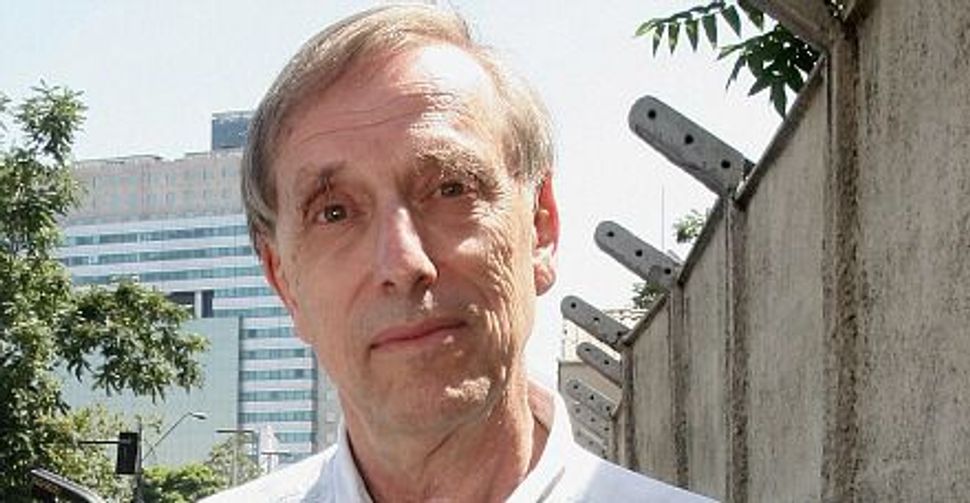 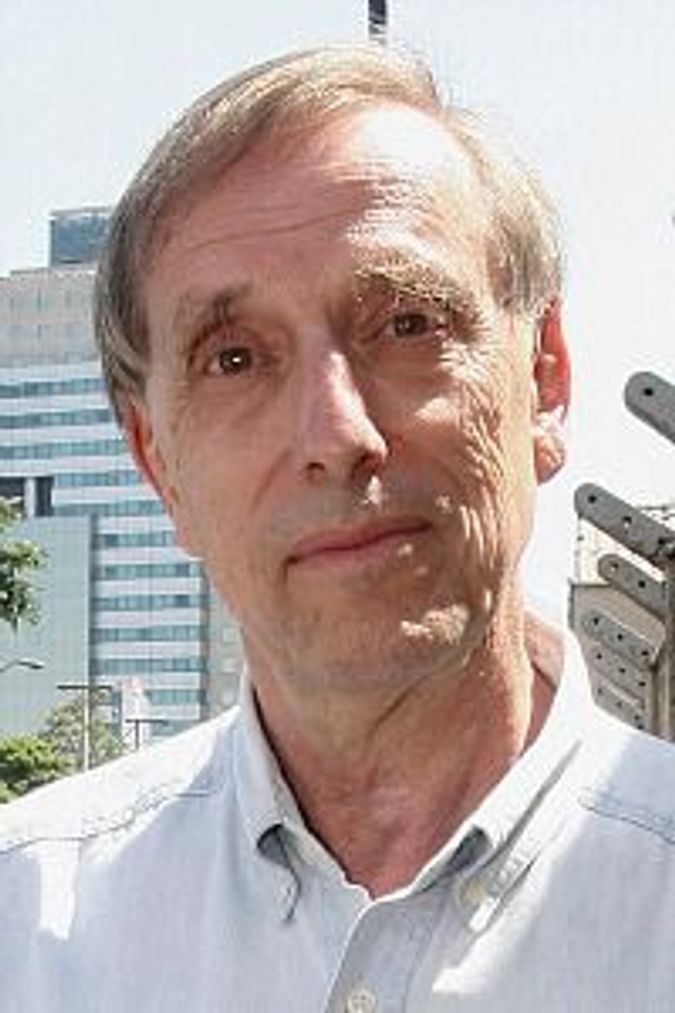 Ariel Dorfman has an ambivalent relationship with Chile: He is attracted to it and repelled by it in equal measure. As is clear from his handful of confessional narratives, the ambivalence makes him restless. But it also gives gravitas to his life, for Dorfman doesn’t write to produce aesthetically beautiful artifacts — he writes to reconfigure the world, to make it better.

He is kind of an older brother to me. In part it is thanks to him that I arrived at the crossroads of literature and politics: not via politics, as he does, but through literature. For him to write is to act, whereas for me to write is to think. Still, his “transtextual” forays (he is at ease in fiction, nonfiction, autobiography, theater and poetry) are a lesson to behold. His oeuvre is a denunciation of authoritarianism.

“Feeding on Dreams” is a supplement to his memoirs, and I use the word advisedly, because there are a number of them. One could argue that in Dorfman’s case, everything is autobiographical, since he always writes from the viewpoint of the personal, the “I.” From the opinionated (countless pieces on the meaning of political commitment, published in newspapers like Spain’s El País and England’s Guardian), to the rhapsodic (a National Geographic travelogue book about the Chilean desert), he ponders nature and history while insisting that our selfishness is a prison.

In this mode, a couple of his books and a documentary stand out. “Heading South, Looking North” looks at his trajectory as an exiled writer through the prism of language. Born in Argentina, he moved to the United States when still a child. Then he went to Chile, where his family roots were, to participate in Salvador Allende’s quest to bring a new era to the country. But the September 11, 1973, Pinochet coup d’état stopped Dorfman’s train to utopia in its tracks. Dorfman, who was one of the president’s cultural advisers, went into exile — first to Argentina, then to Holland and finally to the United States, where he is now a professor at Duke University.

When democracy returned to Chile, resulting in Pinochet losing power, Dorfman sought to reclaim his place in the country. “Heading South” looked at the Spanish and English languages as parallel and distorting conduits to understand reality from a dual, at times mutually exclusive perspective. Fittingly, in 1998, shortly after the memoir came out, Dorfman released a Spanish version — not a translation per se, but an adaptation — subtitled “Un romance en dos lenguas” or “A Romance in Two Languages.”

“Feeding on Dreams” attempts again to deal with his forked existence, but this time the book examines Dorfman’s trajectory as a bilingual writer through the prism of exile. It is anything but a sequel to “Heading South.” In fact, it is closer to a documentary directed by Canadian filmmaker Peter Raymont in 2009, “A Promise to the Dead,” since the film is a meditation on Dorfman’s ideological odyssey. 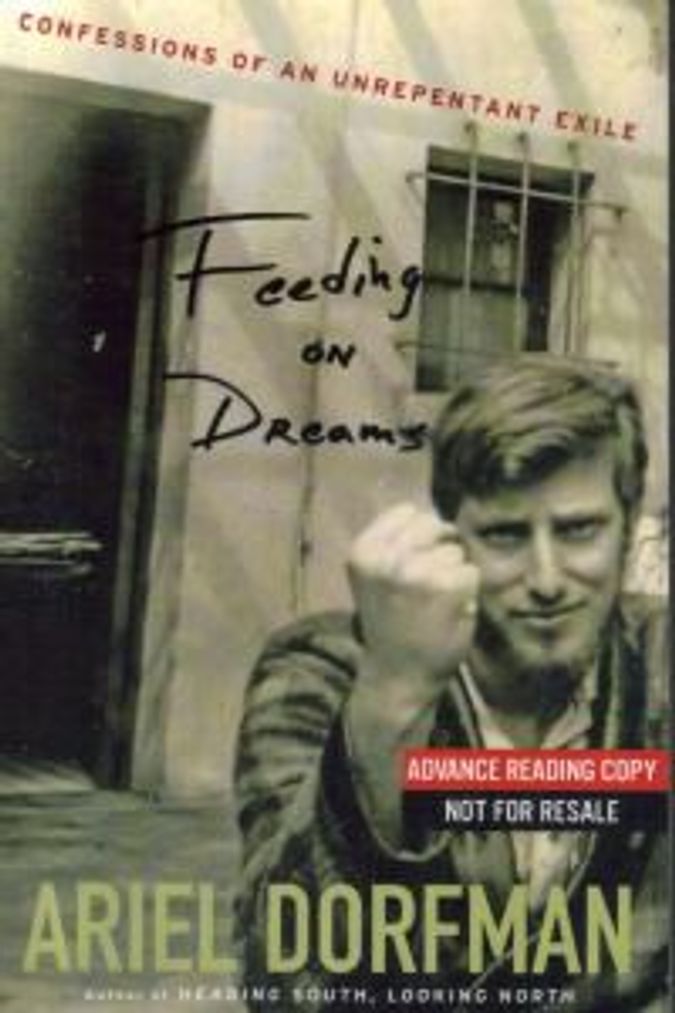 Silence is approached not as a necessary feature of language but as a shameful ideological stand: Not to be outraged, not to confront oppression, is to be compliant. Dorfman assumes a palpably angrier tone for the film: one less patient with himself and others. The primary impulse for “A Promise” is ethical, not aesthetic: He’s not talking about writing as art, but about writing as resistance.

The title of “Feeding on Dreams” comes from the Agamemnon of Aeschylus: “I know how men in exile feed on dreams.” Dorfman argues that to lose one’s country is to lose oneself, and to lose one’s country several times over in one’s lifetime — as he has done — is to become an outcast and feel like one. The memoir proceeds in nonchronological fashion, jumping back and forth between periods in history while juxtaposing facts and memories. The past, Dorfman suggests, isn’t easy to package; the past isn’t even the past, to paraphrase Faulkner, since everything happens simultaneously in one’s mind. In a sop to the reader, however, Dorfman does provide a timeline at the back to help piece everything together. Interspersed throughout are segments of Dorfman’s diary on his official return to Chile in 1990, after years abroad.

Arguably the most provocative aspect of the book is the way that democracy, just like tyranny, pushes people to betray their ideals. Dorfman looks with sorrow at the attempt to rebuild a post-Pinochet Chile and at the rejections he himself suffers from friends who see him as an arriviste. His native country views his exile with suspicion, not to say derision. As an intellectual, he is accused of turning tragedy into profit. “He counts pain in dollars,” I once heard a critic state.

Obviously, resentment is in play here, and perhaps a dose of underhanded anti-Semitism. (With the exception of “Heading South,” Dorfman’s Jewishness isn’t manifest in his work, although it is a feature of his public persona.) And how about self-invention? His play “Death and the Maiden,” about memory and reconciliation, portrayed Chile as wounded nation ready to explore ways to bring different segments of society to a dialogue. It used the stage as a lab to explore the limits of that dialogue. Initially staged on Broadway, “Death” became a Hollywood movie directed by Roman Polanski.

Dorfman’s response is to persevere, to widen his scope, to remain restless. During the recent Arab uprising, he encouraged the young in Egypt, Syria, Libya, Tunisia and elsewhere to embrace the famous 1960s slogan, “Be realistic, demand the impossible.” Chile, he argues, ought to be seen as a boilerplate. Yet the resentment aimed at Dorfman needs to be taken seriously. On one hand, success in the Hispanic world is often a curse. Those who thrive often become targets of antipathy. On the other hand, the critique is legitimate. After democracy is reinstated in his country, does an exiled writer who chooses not to return have the right to criticize? To get one’s hands dirty is difficult enough; it shouldn’t be done with a remote control.

The Museo de la Memoria, in the capital, Santiago, provides an astonishing memorial to the victims of Pinochet’s repressive regime. In it, Chile seeks to come to terms with its own troubled history. Thousands of victims are memorialized in the architecturally stunning building. Whole rooms address aspects of life in exile while Pinochet was in power, but Dorfman gets only a cursory mention. Dorfman himself continues to reflect on an existence of solidarity with his Chilean compatriots. But for them he is no longer quite a comrade. This forces the question: Is Dorfman’s vision of Chile unrealistic? And if so, is that exclusion the ultimate price of exile?