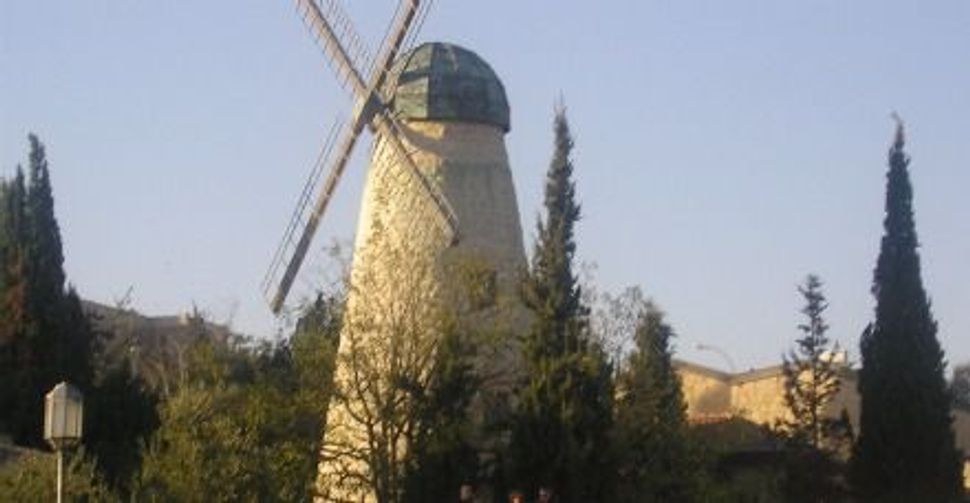 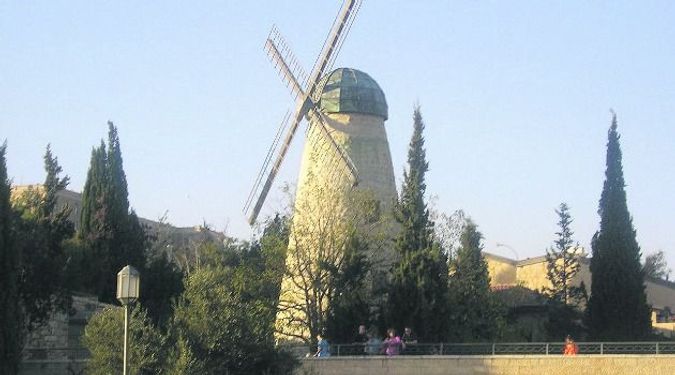 Amenable Almshouse: Montefiore?s Almshouse is a good example of colonial-era architecture, which is often overlooked among Israel?s cultural treasures. Image by almog/wikicommons

When American Jews think of the Israeli landscape, what come to mind are ancient ruins, contemporary settlement blocs and walls of all sorts. But as I recently discovered on a whirlwind trip, the situation on the ground is far more complex than that. Buildings whose history stretches back to pre-state days are being given a new lease on life, and the results are nothing less than fascinating, both architecturally and culturally.

Take, for instance, Mishkenot Sha’ananim, perhaps the granddaddy of creative adaptation. The first Jewish settlement outside the city walls of Jerusalem, this low-lying stone structure, with its individual garden plots and cisterns, was built during the late 1850s. A princely $50,000 donation from Judah Touro, an American Jewish philanthropist from New Orleans who worked with his British Jewish counterpart, Moses Montefiore, to ameliorate the lot of Jerusalem’s Jewish poor, made it possible. Those who administered Mishkenot Sha’ananim — known far and wide as “Montefiore’s almshouse” — had intended for its residents to stay just a few years before a new batch of impoverished Jerusalemites would move in. But that was not to be. Residents tended to stay put.

I understand their reluctance to move, for I, too, have had the good fortune to stay at Mishkenot when visiting Jerusalem. After a very long period of neglect, a function of its no-man’s-land location, the place was transformed nearly 40 years ago into a guest house for visiting artists, writers and scholars. There’s nothing quite like it for thinking lofty thoughts, especially while sitting outside on the terraced porch that faces the Judean Hills at one end and the Old City walls on the other.

It’s not just the view that inspires. What really affects me is the physical plant itself, which is carefully and sensitively maintained by the Jerusalem Foundation. Mishkenot’s timbered roof and the graceful, filigreed ironwork that supports the structure — a British import — as well as the Hebrew numbers incised into the stonework above each of the complex’s 16 former apartments, render history personal, immediate and compelling.

So, too, does the Jaffa-Jerusalem railroad station, which is but a stone’s throw away. A marvel of modern-day technology, the construction of 53 miles of railway across the ancient terrain occasioned considerable commentary in the American press of the 1890s, which seemed to prefer a Holy Land frozen in time to one capable of adjusting to the modern age. The New York Times, for its part, noted in 1892 that the “associations of the Holy City and its contact with the railway system is something incongruous to contemplate.” All the same, the introduction of the railroad would not prove too disruptive, the paper hastened to add. “Luckily the Temple site, with Gethsemane and the Mount of Olives, is on the opposite side of town, and will not be much disturbed by the noise of the railway.”

Scribner’s Magazine, in turn, was also bemused by the idea of a train choo-choo-ing its way through the biblical landscape. “If ever an act seemed like sacrilege,” it wrote a year later, “it is the introduction of a railroad into Palestine, with the sound of whistle and rushing train among the old and quiet hills of Judea.” The country’s inhabitants, however, saw things differently, and Scribner’s noted that in August 1892, “tens of thousands of people, for the first time in their lives, have seen a railroad and a train of cars. They have had a revelation, and in the great city as well as in the dirtiest village of the land, wonder is at its height.”

For nearly 50 years, from its debut in 1892 until 1948, the Jaffa terminus, at the other end of the line, was the centerpiece of international trade, its campus of customhouses filled to the rafters with all manner of goods. But then it languished for nearly as long, the victim of an altered landscape and newer modes of transportation. In 2010, the facility, renamed HaTachana, the Station, reopened as a public space of shops, eateries and cultural outlets. Think of it as the equivalent of New York City’s South Street Seaport or Boston’s Faneuil Hall Marketplace, only better and livelier.

When I visited in November, HaTachana was host to a series of fashion events. Amid the restored stone buildings and remnants of railroad track dating back 100-plus years, a huge outdoor video screen projected oversized images of a runway on which models paraded the latest sartorial trends. Incongruity and wonder: boon companions, once again.

Coming full circle, I stayed at a beautifully appointed hotel in Tel Aviv that also bore the name of Montefiore. Like the revitalized Mishkenot Sha’ananim, it grew out of a brand-new way of thinking, a reassessment of the city’s patrimony. Not too far from Sderot Rothschild, the expansive, tree-lined boulevard in the heart of Tel Aviv where last summer’s protests took place, this establishment is housed in an elaborately styled building whose rounded turrets and fanciful iron balconies conjure up visions of an orientalized Paris.

When first built in the early 1920s, 36 Montefiore Street was probably the dernier cri in architectural stylishness. But over the years, as modernism took hold of the Tel Aviv street, it stuck out like a sore thumb. Soon enough, the building and others like it came to be shunned as unwanted and unwelcome reminders of the old-fashioned and the diasporic.

But happily, that’s no longer the case. A new generation of Israelis now recognizes, makes use of and even celebrates the built environment it has inherited. Rescuing almshouses, railroad stations and urban apartment buildings from the dustbin of history, these Israelis have given them — and us — a second chance.