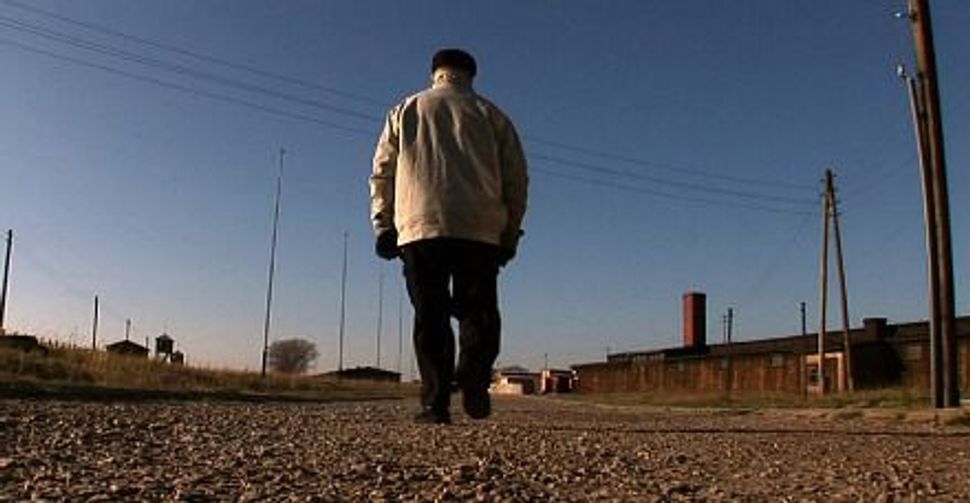 Image by unfinished business one, llc 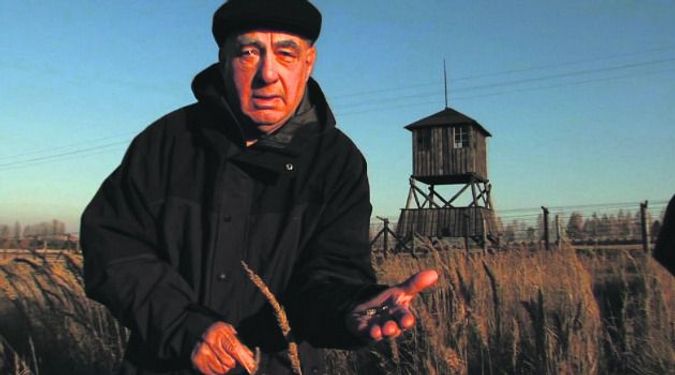 Rings of Sadness: Wedding rings and other precious treasures were buried by concentration camp victims at Majdanek. Now, they are being unearthed. Image by unfinished business one, llc

‘Buried Prayers,” directed by Steven Meyer, stretches the definitions of Holocaust-related cinema by examining not only what happened on the unholy ground of the World War II death camp Majdanek, but also what happened underneath it.

In the spring of 1943, survivors of the Warsaw Ghetto were sent to Majdanek just outside Lublin, Poland, and were forced to wait in a field for days. During that time, realizing that they were to be killed, many families secretly buried their few personal possessions in the dirt beneath them.

Based on witness testimony, the film documents a team of archaeologists and survivors from Australia, America, Israel, Germany, Sweden, Denmark, England, Sweden and Poland returning to Majdanek in 2005 to unearth what was hidden more than 60 years ago.

The particular survivors featured in the film were teenagers at Majdanek in 1943 who, after the war, moved to Melbourne, Australia. Their English stumbles past the dual impediments of thick accents, both Eastern European and Australian, making an odd-sounding mix for an American audience, but their stories transcend the thickets of their vowels.

Adam Frydman recalled having seen families bury the treasures they hoped could be used as currency to keep them alive. In the film, he speaks of his own time at Majdanek in similar terms:

“It’s better to bury it and forget about the whole thing.” But Frydman, sensing that he was approaching the end of his life, told investigators working with the filmmakers, that he had seen people in the Majdanek midfield — an open field where people were forced to wait for their fates for days at a time — hiding personal items.

Frydman supposed, and the film concurs in this analysis, that such efforts were a final act of defiance by people who refused to give their last remaining valuables to the Nazis. Liberating the objects, then, the film convincingly argues, will be a redemption of sorts for the dead. “They said, ‘Let it rot in the ground — the bastards won’t get it,’” recalled survivor David Prince, a trustee of the Melbourne Jewish Holocaust Centre.“It was meant to be found by people exactly like us.”

Tessie Jacob and Ella Prince, along with Frydman, accompany the archaeological crew to Majdanek, recounting the horrors of their past along the way. The film delicately exposes the terror, bitter sadness and fear involved in this difficult journey for the survivors. The camera hangs back and observes people with a sidelong glance rather than a direct scrutiny, and in doing so sensitively avoids a voyeurism of their unspeakable grief.

The film only glancingly touches upon the bureaucratic difficulties involved in such an endeavor — what it takes, for example, to get permission from Poland to excavate a field — leaving a viewer with an unsatiated sense of curiosity. There is one scene where Polish authorities express opposition to the excavation, saying that Majdanek is “not the right place” for such a dig. The filmmakers simply show the Polish official’s face, allowing his words to speak for themselves.

To the film’s credit, it does not exploit the angle of bad Poles versus good Jews; rather, it opts simply to follow the story of those who survived as they look for the treasures left behind by those who did not. The openness of their faces and sorrow reflects complete honesty — the utter openness, perhaps, of the children they were before Majdanek happened to them.

At one poignant moment, the 80-year-old Jacob — in the trappings of adulthood, with a red coat and red earrings, but with the unguarded vulnerability of the child she once was — speaks to her parents, who were killed at Majdanek: “I came to apologize. You told me to save yourself. I couldn’t have saved you. I was the baby, and I could not.”

By the time the archaeologists dig up the field and, in two days alone, find more than 80 pieces of jewelry, coins and other keepsakes, it is clear that they find only remnants of the true treasures: those who were murdered in the gas chambers of Majdanek. Though some of these remnants have monetary value — the film points out the precious stones, for example, found in some buried jewelry — we come to realize that their value as links to the past is priceless.

This little film says more implicitly than it does explicitly, and that is its greatest strength. It is humble in that it does not overstep its boundaries and try to tell the story of the Holocaust; rather, it shows the evidence of a simple and singular act of rebellion with a sensitive treatment of the past and present. The archaeologists’ — and, for that matter, the film’s — act of excavation, becomes, in its own turn, an act of defiance. And defiance of the murderers will continue, as the producers of the film are currently looking for high school and college students to do more excavations at Majdanek this summer. Nothing is truly gone, the film makes clear, if there are still those who are willing to look for it.