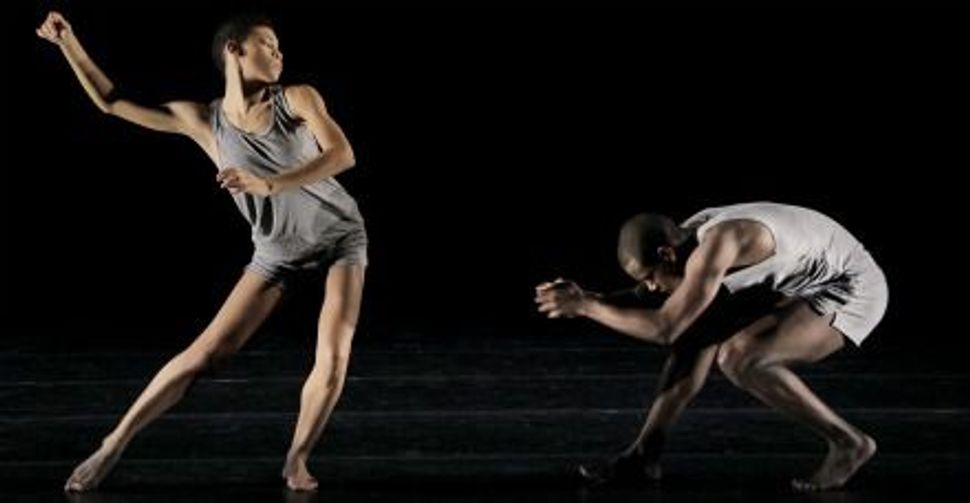 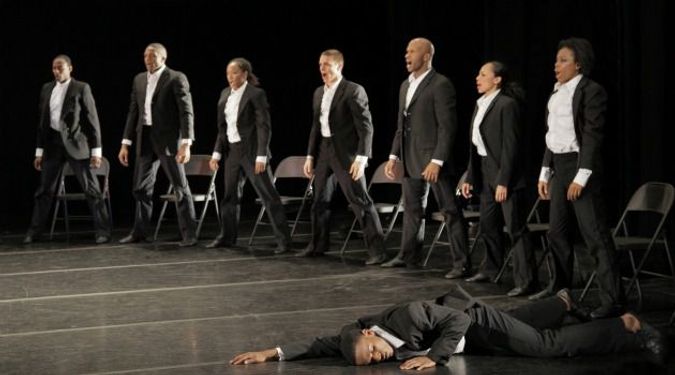 Ailey Goes Israeli: Ohad Naharin is Israel?s most famous choreographer, and his collaboration with the influential Alvin Ailey company speaks to the stature of his work. Image by paul kolnik

‘Don’t make it look pretty,” Danielle Agami said as she directed the Alvin Ailey American Dance Theater during a recent rehearsal. “It’s not about the construction of beauty, it’s about the sensation. Every gesture, posture, and breath is beautiful. Just let your body be.”

Agami, a former member of Batsheva Dance Company, spent November at the Ailey Studios helping Ohad Naharin set his work, “Minus 16,” on the company, adapting it for the specific dancers at hand. The piece, which premiered on December 9 at New York City Center, has a musical score that ranges from Dean Martin to traditional Israeli songs. The choreography uses Naharin’s acclaimed “Gaga” method to shake up the traditional dance concert experience. 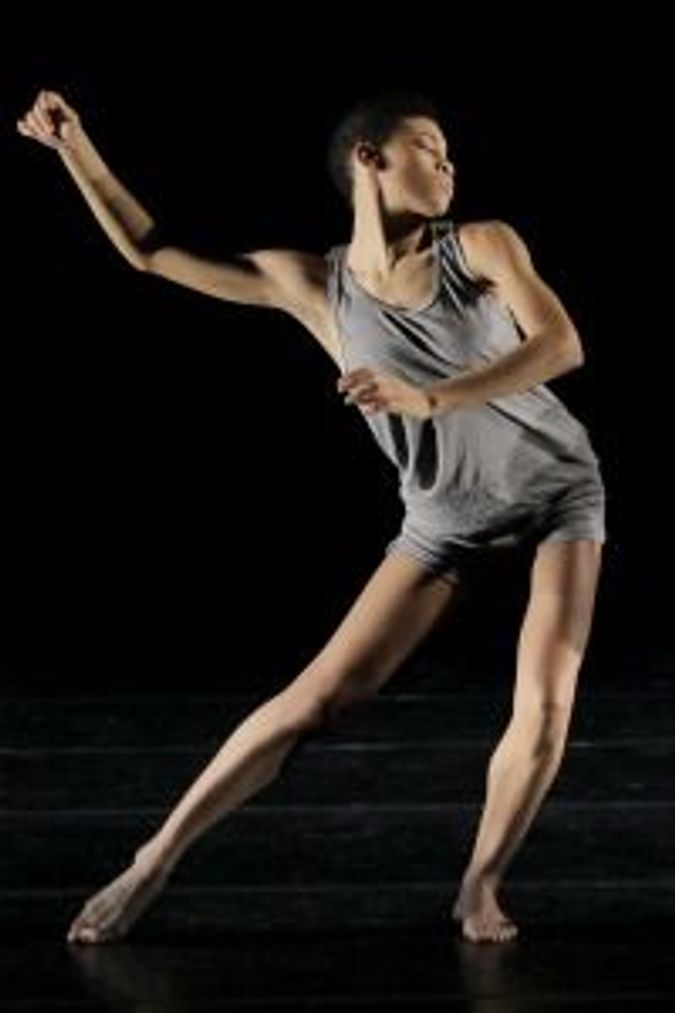 Performed by multiple international companies since its 1999 world premiere in The Hague by Netherlands Dance Theater II, “Minus 16” is based on excerpts from other pieces in Naharin’s repertory, including “Mabul” (1992), “Anaphaza” (1993) and “Zachacha” (1998). Although the piece has a defined structure, it is tailored differently for each dance group, and features improvisational elements as well as audience participation. Adhering to the “Gaga” technique, Naharin tries to capture the instinctual motions of the particular dancers, adding or subtracting elements to reflect the individuality of the company performing.

Ailey, a company that has pioneered modern dance for more than 50 years, is known for majestic, athletic movement that celebrates the uniqueness of the African-American cultural experience. Naharin is Israel’s most famous choreographer, and his collaboration with the influential American dance company is a testament to the stature of his work. For Ailey, recently under a new artistic director, Robert Battle, the company premiere of “Minus 16” is groundbreaking. “This piece is edgy, and it’s unlike anything we’ve done before,” Battle said. “It is pushing our dancers and our audience.”

Naharin’s adventurous piece comes alive on Ailey’s dancers. In rehearsal, Samuel Lee Roberts started the opening improvisation with a variety of walks, skips and jumps. On his chiseled physique, each quirky gesture had punch and clarity. Later, Ghrai DeVore and Kirven James Boyd exhibited exquisite body control in a romantic duet. While their movement was supple, each lift and embrace maintained a powerful intensity.

“They are sophisticated movers with a real passion,” Agami said. “They are used to having perfect lines and everything looking ‘wow’ and polished. But after a short time, they peeled away the technique; they went deeper, and got down to their instincts.”

“Minus 16” includes “Echad Mi Yodea” (“Who Knows One?”), one of Naharin’s most notable compositions. Set to a rock version of the song from the Passover Haggadah, the dancers, dressed in dark suits and white shirts, sit in chairs laid out in a semicircle on the stage. They go through the 13 verses in unison, screaming out “She ba-shamaim u va-aretz” (“Who is in the heaven and the earth?”) with every repetition. The choreography ranges from gentle pedestrian gestures to violent thrashing. The dancers stand on the chairs, stomp and throw themselves into frenetic backbends. The segment concludes with the cast members feverishly tearing off their suits, stripping down to their underwear and throwing their clothes into the center of the stage.

“Danielle and Ohad purposely didn’t translate the Hebrew or give us a sense of story when they taught us ‘Echad,’” Ailey dancer Alicia Graf Mack said. “They emphasized the strength of the movement and the power of dancing as a group. But for me, the piece is about struggle, and coming out of a struggle stronger and smarter. Knowing the history and mission of Ailey, it feels especially relevant.”

While Naharin is excited to work with Ailey, his motivation for setting “Minus 16” is also personal. The piece is dedicated to the memory of his wife, Mari Kajiwara. A New York native, Kajiwara joined Ailey in 1970, dancing with the company and serving as an assistant for many years. She married Naharin in 1978 and co-founded his first company, the Ohad Naharin Dance Company. In 1990, when Naharin became the director of Batsheva, Kajiwara served as the company’s rehearsal director and as a dancer, and performed in some of Naharin’s pinnacle works.

“On Christmas Day, it will be 10 years since Mari passed away, and we have prepared a special concert in her honor,” Battle said. “I think presenting “Minus 16” is a beautiful testament to her and her contributions to the dance world.”

Ailey has a diverse lineup for its winter season, including the company premiere of Paul Taylor’s “Arden Court” and of Rennie Harris’s hip-hop fusion piece, “Home.” “Minus 16,” however, is the biggest departure from the traditional Ailey style.

“I have admired Ohad for decades,” Battle said. “His success at Batsheva proves how modern dance is evolving. We continue evolving here at Ailey, as well, and this piece really shows what we can do.”

“Minus 16,” presented by the Alvin Ailey American Dance Theater, is at New York City Center through December 25.