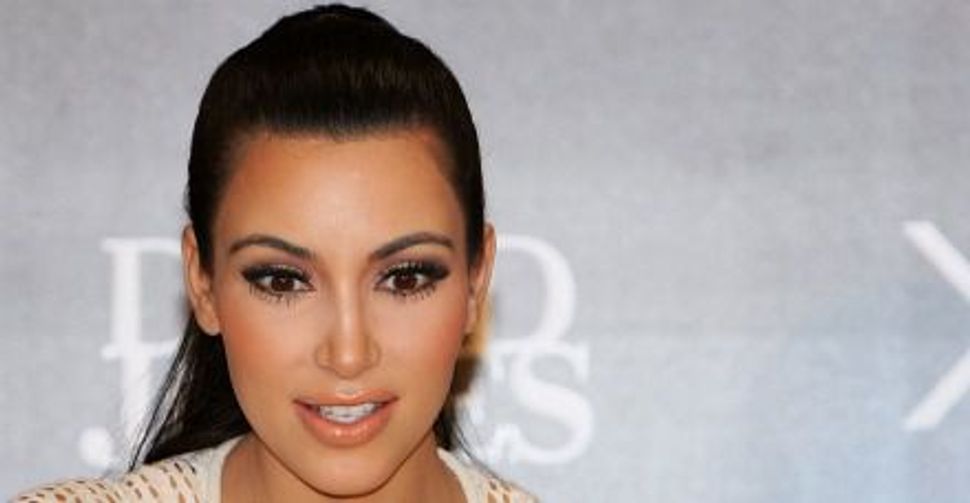 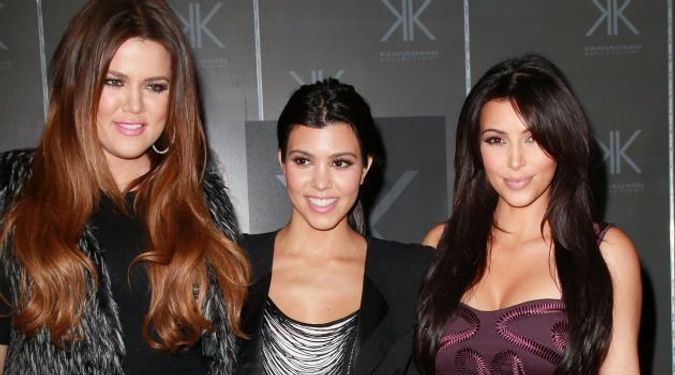 Page Six Sisters: How did we get to live in a world where the Kardashian sisters are among the most recognized figures? Joseph Epstein gives some answers in his new book. Image by getty images

The only book I would rather review than a treatise on gossip is a history of pornography: Both promise all the thrill of the source material with only half the need to smuggle the book inside a magazine on the subway. Or perhaps the book-inside-mag is passé? (It’s hard to spy on a Kindle or iPad.) In any event, take a prurient topic and put it at a scholarly remove, and you can experience all the fun, and none of the shame, in full frontal hardcover.

My excitement for “Gossip: The Untrivial Pursuit” was tempered, however, by my worry that author Joseph Epstein would not quite deliver the goods. Epstein, former editor of the quarterly magazine The American Scholar and author of, among others, the 2002 book “Snobbery: The American Version,” is a rather prim writer; I would say that his sentences wear suspenders, but he might insist they wear braces. And while he is not a cultural conservative of the present-hating New Criterion school, still less of the Michael Medved right-wing-moustache school, Epstein is a fogey; his enthusiasms are antique. When I draw near an Epstein byline, I am always afraid a classic film is about to be recommended to me. 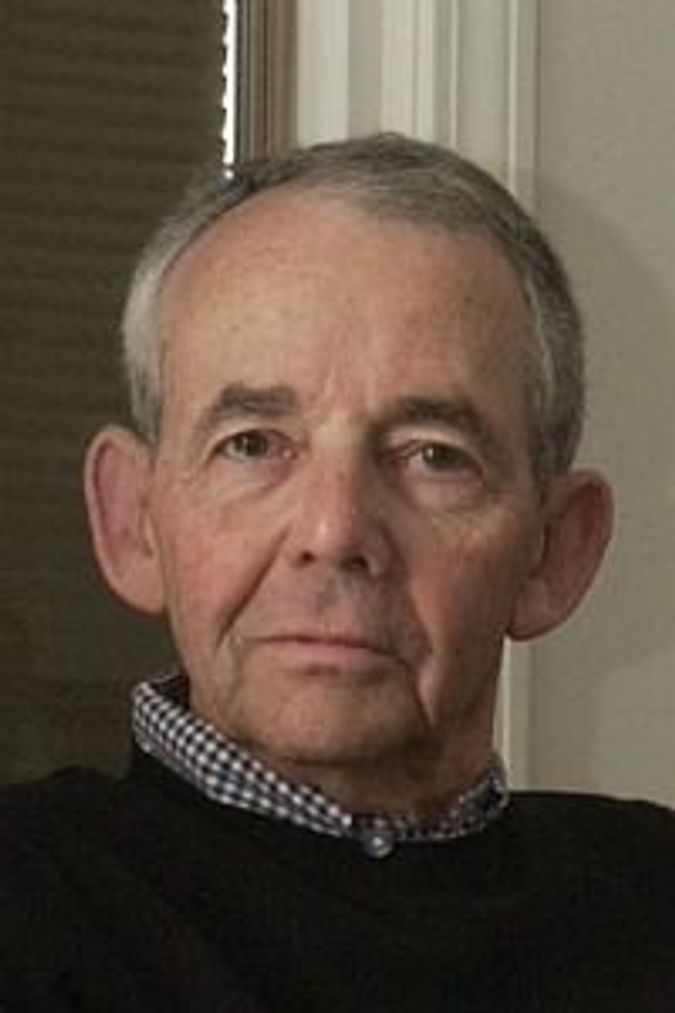 But in the end, I thoroughly enjoyed “Gossip: The Untrivial Pursuit,” an engrossing little enquiry, part history and part cultural musing. Although Epstein never stops meandering long enough to identify the core of his argument, a fair summary would be that gossip is a delicious human vice, one that people should most certainly indulge, but in moderation. The problem, as Epstein sees it, is that the old, intimate style of gossip, practiced in the neighborhood, or within the royal court, or among friends and frenemies — a style that required tact, discretion and wit — has been replaced in the age of mass communications by the crude violation of tabloid and Internet gossip.

As an example of the old gossip, Epstein offers a chapter on the Duc de Saint-Simon, Louis XIV’s court yenta. Saint-Simon was the most discreet gossip imaginable. He arrived at Versailles in 1691, at the age of 16, and three years later he began taking careful notes on everything he saw and heard. He wrote up his memoirs after leaving court; they were published quite posthumously, in 1788, making Saint-Simon, as Epstein admits, less a gossip than a gossip historian.

But Saint-Simon was a great aesthete of gossip and, according to Epstein, “deplored raucous, scattershot, motiveless gossip, or so he claimed. His own gossip tended to be subtle, well aimed, and (he would assure you) never out of line because of the purity of his own motives.”

Saint-Simon’s self-serving self-image is a good likeness of Epstein’s, I suspect. Epstein understands that gossip can be hurtful, but he can’t help but admire the right kind of gossip. He is himself partial to the blind item, and his book is full of tantalizing half-morsels, names omitted. This coyness makes for a fun guessing game. His story about the poet who chooses to become a bureaucrat in part for the perk of having a car and driver? Methinks he is writing of Dana Gioia. (But what do I know?) Elsewhere I believe I have detected an insinuation about David Denby. And Epstein relays thirdhand what I hope is nothing more than a despicable calumny about “a famous American writer,” who I hope is not Susan Sontag. 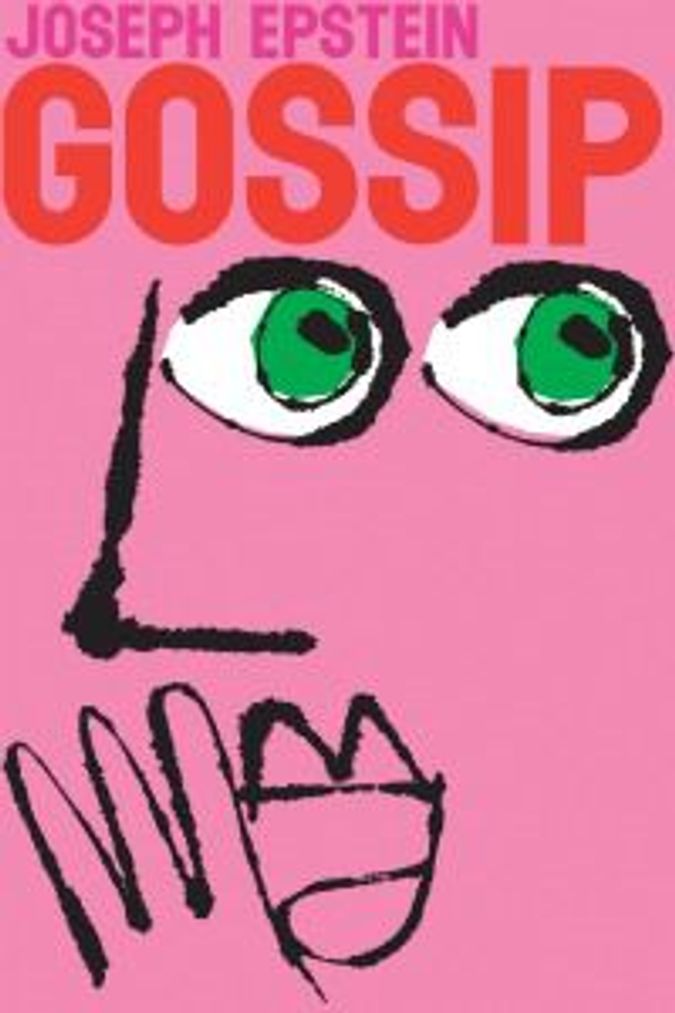 Epstein reserves his distaste for the parvenu gossips, the recent arrivals — like Walter Winchell, the much feared newspaper and radio gossip who was on the cover of Time in the 1930s. Winchell was crude, rude and mean. Worse still, he was out only for himself, while the best gossip items, it seems, are conveyed by those embedded in, and indebted to, tight social communities. Saint-Simon’s was the gossip of the royal court; Epstein’s chosen gossip is that of literary circles. Within a court or a professional guild, one’s enemies are nevertheless one’s colleagues, and there is equality: I stab your back knowing that you will stab mine.

The gossip columnists who have played by a set of niceties and rules — Louella Parsons then, Liz Smith now — are likable. Winchell, however, was a man of no country, and that made all the difference.

Epstein’s disdain for mercenary gossip places him at odds with the entire industry today. He almost completely ignores Perez Hilton, TMZ, Gawker, Wonkette, Above the Law and the plotting of “Gossip Girl.” Perhaps that is for the best: Given that Epstein believes that Barbara Walters is the most famous woman in America, “with the possible exception of Oprah Winfrey”; that Rolling Stone began publishing after People, and that Friendster still exists, he is not a trustworthy guide to America after about 1970. But we are living through a golden age of gossip, making this book quite timely. So Epstein might have chinned himself up to the bar and reported what he saw.

Epstein is simply irked by our present world. Cads of the 1950s get the full literary treatment, even when being dismembered. Joe DiMaggio the possible wife-beater, Arthur Miller the neglectful father (of a handicapped son he warehoused) — they occasion well composed, even-tempered sallies of outrage; Epstein’s dissection of the “sick brute” Alfred Kazin culminates in a fascinating character sketch.

What made Kazin creepy, I always thought, was his confident presentation of his own superior virtue. No matter what he wrote about, he always seemed to position himself as better than his subject and his audience. He made himself seem the only man who understood the true meaning of the Holocaust, the only man who knew the importance of radical thinking in America, the only man who kept his own purity when everyone around him was selling out. On his left, the red hordes; on his right, the Black Hundreds; in the middle, one good man, standing alone, you’ll never guess who: Alfred Kazin.

But when we get to Tina Brown, she is just some young filly who could be found, in her university days, “bonking her way up the food chain of Oxford celebrity.” Does Brown not deserve better? Does Epstein not?

“Once a secret vice,” Epstein writes near the end, “gossip threatens to become the chief way we obtain our information, and there doesn’t appear to be much anyone can do about it.” I’ll post that observation to Friendster and see what my friends think. For my part, I believe that Epstein may be right and that the least we can do is read this nifty book about gossip’s better epochs, looking for the kind of gossip to which we might aspire, or descend.

Mark Oppenheimer writes the Beliefs column for The New York Times. He knows of a famous political writer whose wife allegedly got him two prostitutes as a birthday present.