The Funniest Man You Never Heard Of 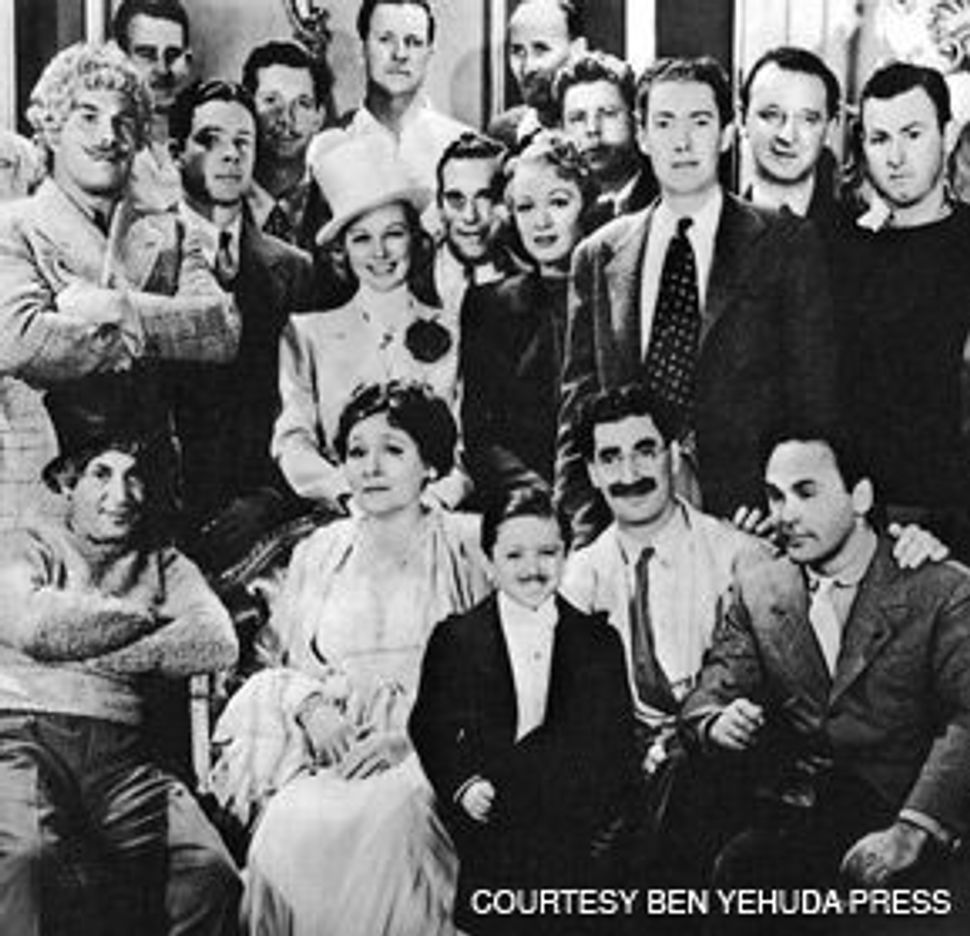 HE RAN AWAY TO JOIN THE CIRGUS: Irving Brecher (the polka dot tie with his hand on Groucho?s shoulder) with the cast of 'At the Circus'.

Some people have greatness thrust upon them, others thrust it upon themselves. When Irving Brecher was ready for greatness, he just took out an ad. 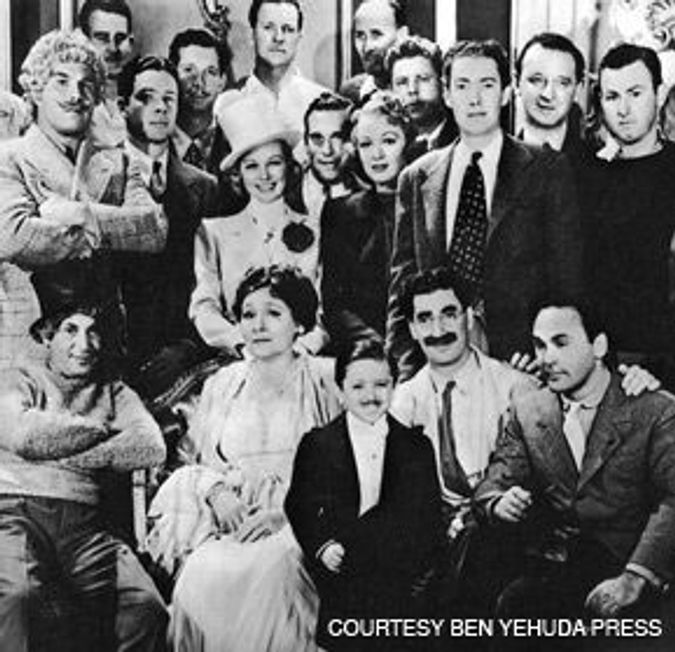 HE RAN AWAY TO JOIN THE CIRGUS: Irving Brecher (the polka dot tie with his hand on Groucho?s shoulder) with the cast of 'At the Circus'.

In 1933, 19-year-old Brecher was ushering at a movie theater in midtown Manhattan. For kicks, he mailed jokes to New York columnists; once in a while he had the thrill of seeing them in print. After a friendly critic (if such a thing is possible) told Brecher that he actually could get paid for writing comedy, Brecher put an ad in Variety. A rising young comic named Milton Berle had a reputation for appropriating material; Brecher’s ad claimed that his own jokes were so bad, “not even Milton will steal them.” Intrigued, Berle hired Brecher, thus beginning a groundbreaking, lucrative and fascinating career in show business.

Brecher was the rare example of a prodigy who fulfilled his early promise. He wrote for Berle’s stage and radio shows, for Vaudeville comedians like Henny Youngman and for the Western star Hoot Gibson (whom Brecher remembers as okay enough, although he “liked his horse better” — maybe because Gibson never paid him). But it was in Hollywood that he racked up his real achievements. Although the Marx Brothers famously employed platoons of screenwriters, Brecher got sole credit for two of their movies, “At the Circus,” and “Go West.” He also wrote the screenplays for two classic musicals, “Meet Me in St. Louis” (for which he got an Oscar nomination) and “Bye Bye Birdie.” Under contract with MGM, Brecher wrote lines that were spoken by immortals: Judy Garland, Gene Kelly, Lucille Ball and Fred Astaire, to name a few. Under contract with himself, he created the wildly popular radio series “The Life of Reilly.” When he adapted the show for television, he made a bundle and gave a hard-drinking young comic named Jackie Gleason his national break. With “Reilly,” Brecher also pretty much invented the sitcom (an enormous accomplishment for him, but for us a mixed blessing).

Given this impressive career, you might think that Brecher would be better known. But in Hollywood, then as now, even the best writers toiled in semi-obscurity. (Brecher’s YouTube video in support of the 2007 writers’ strike suggests a slight but lingering bitterness.) As a corrective, Hank Rosenfeld, a self-described “folk journalist,” spent seven years of his spare time interviewing Brecher. Rosenfeld collected the results in “The Wicked Wit of the West.”

Considering the subject, Rosenfeld’s obsession is laudable, but it makes for a strange book. With all the incidental material that he provides — the descriptions of where the two men met and what they ate, and sometimes what Brecher was wearing — the “as told to” credit doesn’t convey the underlying hero worship. At times, “The Wicked Wit of the West” reads like a milder, Jewish version of Nabokov’s “Pale Fire,” an inadvertently revealing look at a biographer a little too enthralled by his subject.

Nevertheless, of the two voices, Brecher’s is still dominant. This is because of the combined force of Brecher’s memory and personality, both of which remained powerful when the writer was in his 90s. (Brecher died, at 94, on November 17). In the interviews, Brecher comes across as funny and cranky, joyful and philosophical. His career is interesting, because

he knew so many giants and because he reveals his own fears and failings. To the reader’s benefit, he also reveals his grudges. Some of the funniest parts of the book involve Brecher’s run-ins with studio executives, like the “bloodless” Southerner whose behavior suggested that his “favorite movie was probably ‘Birth of a Nation.’” The reputation-piercing stories are even more fun. Apparently, Bob Hope was a “killer” in business, cultivating a lovable public persona while quietly insisting on payment for charity gigs: Brecher claims to be “surprised to hear that [Hope] had died, because there’s nothing in it.” And then there’s Al Jolson, who never told his younger wife about his vasectomy. This way, if she got pregnant, he’d know that she had cheated.

Show business biographies can be dicey. More often than not, they’re exercises in narcissism, nostalgia or both. This one avoids the former and only occasionally indulges in the latter. Although Rosenfeld’s asides can be intrusive, we should be grateful that he set his sights on Irving Brecher. “The Wicked Wit of the West” portrays a man who, despite decades in a vicious industry, stayed generous of spirit, clear-eyed and, most important, funny.

Gordon Haber is at work on a novel about the Jewish messiah.

The Funniest Man You Never Heard Of