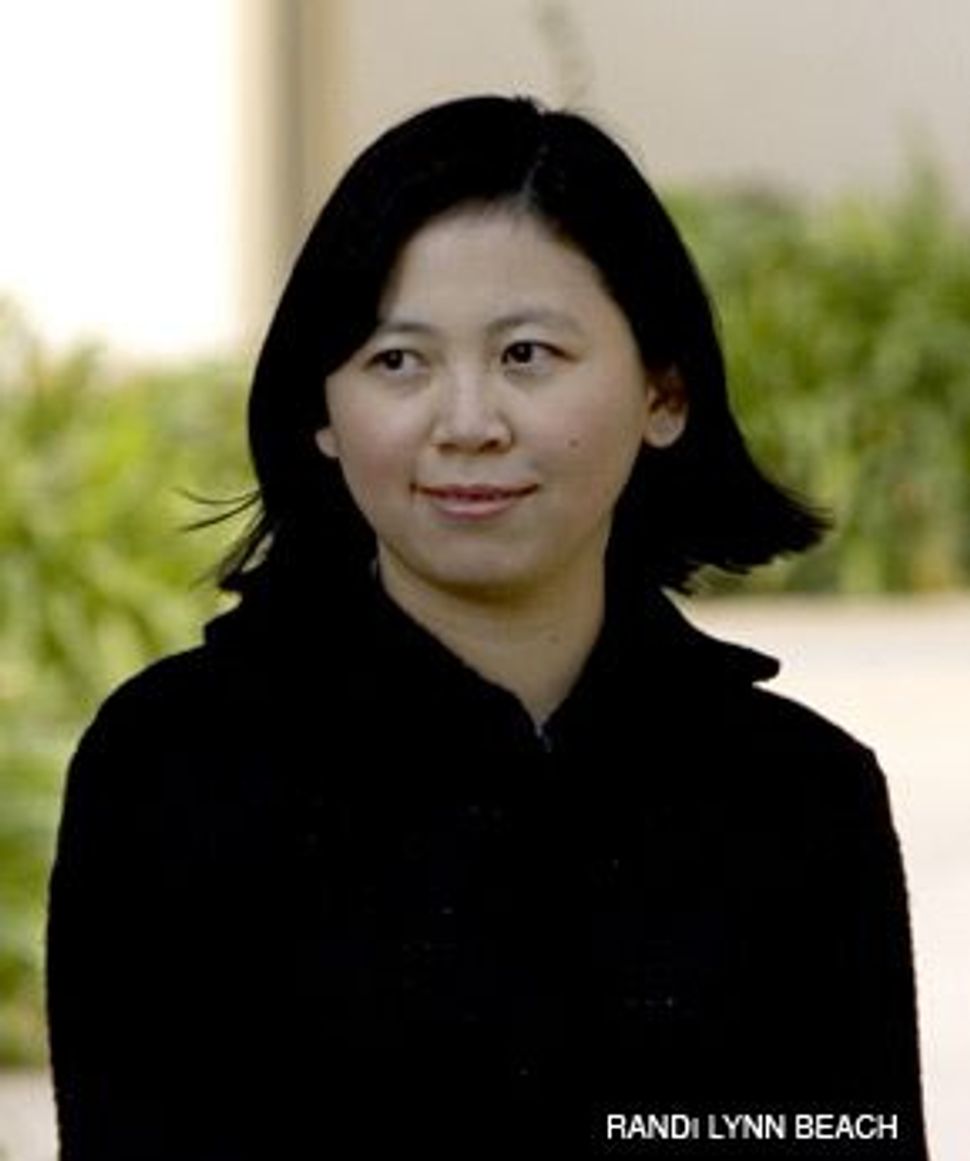 A BABEL FAN: Prize-winning author Yiyun Li notes the sharp humor of Isaac Babel even in his darkest stories.

Born and bred in China, Yiyun Li writes in English and has a deep affinity for Jewish writers because “they always write about the lowest, most tragic events in life, but they’re always very funny.” 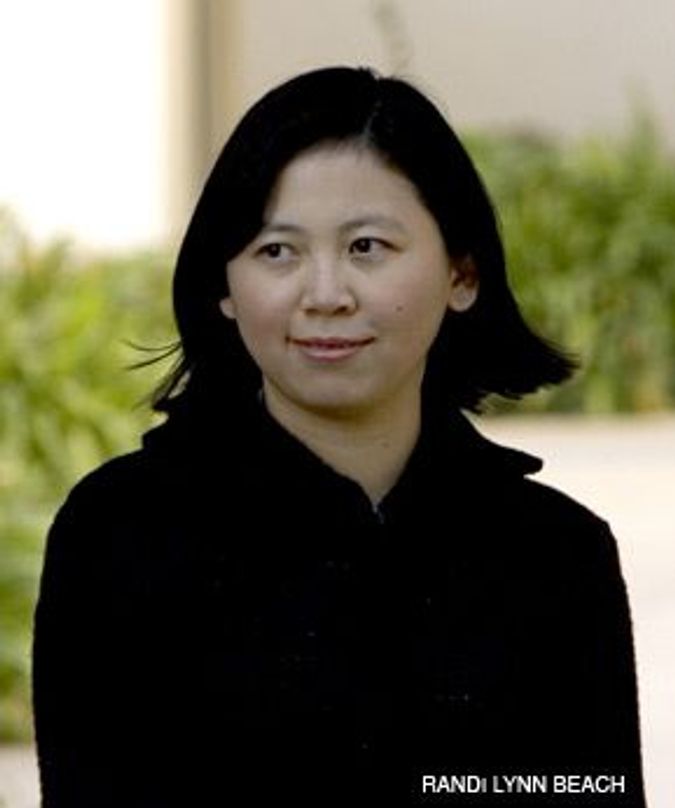 A BABEL FAN: Prize-winning author Yiyun Li notes the sharp humor of Isaac Babel even in his darkest stories.

She isn’t sure how to explain it, but that combination of tragedy and comedy, best exemplified by her Russian-Jewish hero, Isaac Babel, is both a “very Jewish thing and a very Chinese thing. Babel is sharp, funny and empathetic, and he never lets a character off easily.”

“Maybe I can explain it through a joke,” Li said in a recent interview with the Forward. “It’s a Jewish joke, I think, but it’s very Chinese, too. A shoemaker of the very finest shoes can’t make a pair for himself that doesn’t hurt. People say, ‘Why don’t you make a shoe that fits your foot?’ And he replies: ‘Why do you think I need a good pair of shoes? When I go home after hearing my wife nagging and my customers complaining all day, I take off my shoes and I have the joy of my feet!’”

Giggling, Li asked: “Is it a Jewish joke or a Chinese joke? I love that joke, but I don’t know why!” She is small and sturdy looking, but despite the many things she does know (and three master’s degrees to prove it), she exudes a quiet uncertainty and has a way of apologizing for no particular reason.

Winner of a 2006 Hemingway/PEN Award for her book of short stories, “A Thousand Years of Good Prayers” (Random House), she has since seen the title work made into an acclaimed film by Wayne Wang.

Written in deceptively simple English — her second language — her words are exquisitely chosen with surprising perceptions about the characters she explores: an elderly woman who discovers love for a troubled little boy, a middle-aged man engaging in adultery, a young woman pondering an abortion, a gay Chinese American nervously greeting his mom. All are set, needle sharp, in a China that is changing as an infant stock market makes a mockery of its still nominally communist ideology.

The first English book she read in Beijing was a version of Anne Frank’s diary that made her feel very sad, but there was no class discussion about the story, nor — “believe it or not” — was there any mention of the Holocaust. Although Li heard the word “Jewish” and knew there was a large Russian-Jewish refugee population in Shanghai, she knew little of value about these people. When mentioned, Jews were discussed in a “very negative” way by the Chinese, who referred to them as “very shrewd.”

Arriving in the United States in 1996 at age 23, Li made two Jewish friends who helped guide her from the science she came to study and into the culture she would embrace, introducing her to Babel, Bernard Malamud, I.J. Singer and I.L. Peretz. Li had been a child mathematics prodigy before studying biology in college, but while doing immunology research at the University of Iowa, she began to write at night without showing her work to anyone.

She later spent three years in the Iowa Writers’ Workshop, finishing two Master of Fine Arts degrees in writing. In addition to Babel, she acknowledges a literary debt to William Trevor.

Li may have learned about technique from Trevor, but she learned something significant about curiosity from her Jewish friends. “They were hugely curious. And you don’t see that too often in many people,” she explained. “The Jewish people I met always ask questions. They love to hear stories, and they’re curious about where other people are from.” Li particularly loves to travel with one Jewish friend, who doesn’t take anything for granted. As an example, she tells about the time she checked into a Chicago hotel with the friend, writer Aviya Kushner, and the desk clerk asked, “Are you paying by credit card or cash?” Aviya

“The man was so happy to be asked,” Li recalled. “You could see he waited all his life to be asked this question. And he said, ‘Of course, all those men who cheat on their wives come in the afternoon and pay by cash.’”

Growing up in China, Li had quietly started to wonder about the real lives of revolutionary heroes and heroines. “I really didn’t buy that people give up their lives so easily. Anywhere,” she said. “People who blow themselves up for things they believe in. Or that a woman would give up her life, her children, her marriage — everything — for a higher calling.”

Working out these motivations led Li to write her novel “The Vagrants,” to be published in February 2009 by Random House. The work explores the reactions of her family, friends and neighbors to the 1979 execution of the fictitious character Gu Shan — a true believer turned counter-revolutionary. It is a devastating portrayal of a community in the grip of revolutionary turmoil.

Li has had a few complaints about her stories but she says it’s a situation familiar to all “ethnic” writers: “Some people contend, You’re writing this for Americans when they often have not even read the book. They’ll e-mail me: ‘What right do you have to write about the Cultural Revolution? It’s not even your story.”’ “That’s ridiculous,” Li responded. “It’s like asking Toni Morrison, ‘Why do you write about slavery?’”