Why Does the Heckler Get a Veto? 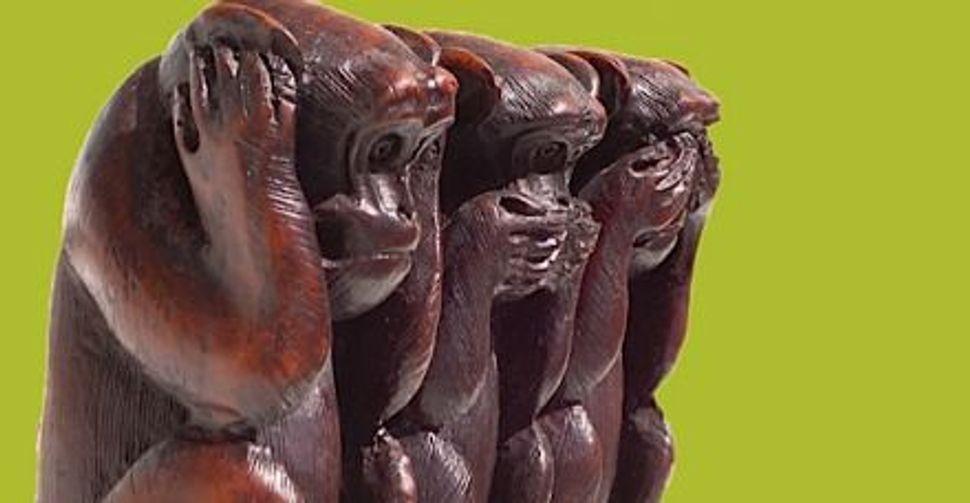 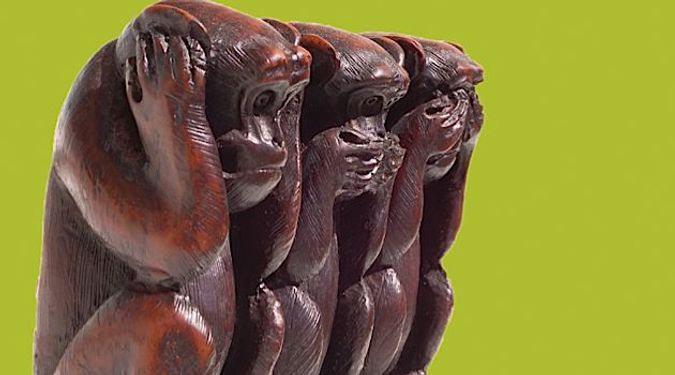 Jewish Book Month has just ended, and I’ve had a wonderful time crisscrossing the country on my book tour. At almost every event, there are people in the audience with tears in their eyes, and parents who come up to tell me how the book I’ve written is enabling them to be closer to their gay or lesbian children. (My book is about how our religious values support equality for those who are lesbian, gay, bisexual and transgender, rather than oppose it.) This is powerful stuff, and an honor.

Kudos, too, to the intrepid folks at the Jewish Book Council. When non-Jewish writers hear about a centralized national system for arranging book tour stops and paying for travel around the country, they are green with envy. And I’m not sure if folks appreciate how much Jewish identity is built at these events around the country.

There have also been some awkward moments — like when I arrived at the book fair that had created a large poster of every author but me. Or the times when the Jewish book-fair folks met opposition among their own Jewish community centers and synagogues to playing host for a book that has such a “controversial” subject (presumably unlike the right-wing and left-wing books on Israel). And so on.

Why this resistance? Well, I was told, someone might be offended. Often, though not always, that someone would be described as Orthodox — even though one of the points of my book is to engage in a productive conversation with traditionally religious people. Always, however, the “someone” has been absent, immune to conversation, and somehow unconvinced by pluralism. This is bad for the Jews.

The truth is, I’ve encountered this phenomenon before, as executive director of Nehirim, the leading national provider of community programming for LGBT Jews, partners and allies. At some federations, multiple program officers would get very excited about supporting a project of ours, only to mysteriously stop returning my calls when the decision reached the board level. After several occurrences of this, I did some research and, lo and behold, found that someone might be offended.

This is what lawyers and policy wonks call the “Heckler’s Veto” and what some cynical Jewish professionals call the “Frummest Common Denominator.” It happens when one offended person, or the fear of creating one, can veto plans that a large majority supports, especially if said person is a donor. Thus in the name of pseudo-pluralism (that is, we should offend no one,) real pluralism is destroyed.

Here’s what’s wrong with this picture.

First, it is a one-sided veto. For example, many feminists consider non-egalitarian religious spaces to be offensive, and just as religiously problematic as a traditional Jew might regard an egalitarian minyan. Yet somehow, progressives are supposed to be pluralistic, while conservatives are allowed not to be. This asymmetry naturally skews programming toward the Frummest Common Denominator, even though that denominator may be deeply offensive to many people. Progressives are penalized for their pluralism, while conservatives trivialize progressives’ values.

This also happens, of course, in terms of Israel programming. Programs that directly or indirectly support Israeli settlements, for example, are offensive to many progressives. But progressives are supposed to refrain from objecting, in the name of klal yisrael (getting along with “all Israel”). Meanwhile, if a program supports a left-wing policy that conservatives find objectionable, they can be relied upon to pull their support. The result? More asymmetry, and less representation of where the community actually is on this controversial issue.

Second, the Heckler’s Veto leads to bad policy. A lot of this is just how boards work: They are risk averse. Witness the recent debacle at the City University of New York, where the board of trustees initially withheld its usual rubber stamp of an honorary degree to playwright Tony Kushner, because of the objections of a single donor. As MBAs have studied for years, the conflict aversion and risk aversion of boards stem from thoroughly understandable desires: minimizing conflict and keeping everyone engaged in mission-critical activities. But it leads to wrong results, as in the CUNY decision, which was reversed after public outcry. By catering to one far-right objector on the board, CUNY alienated its far-larger progressive base. Bad policy.

Third, the Heckler’s Veto undermines the very notion of pluralism itself. Personally, I find some of my local federation’s funding decisions to be objectionable. But the whole idea of “federation” is that its work covers the gamut of the Jewish world, and I accept that some of that work may not be my cup of tea. At the same book fair where my event was not promoted with a poster, for example, I saw a poster for a far-right commentator on Israel. This author supports views I find deeply problematic, even racist. Yet I support his presence at the Jewish book fair because many people agree with him, and his voice deserves to be heard. Disagreement is part of living in community. When voices are silenced because someone might disagree with them, our community is poorer as a result.

Fourth, and relatedly, disagreement should be the beginning of the conversation, not at the end of it. Neither I nor my far-right colleague was leading political rallies; we were each raising issues we thought deserved attention, and, at least in my case, I was calling for more conversation, more discussion. When we allow the Heckler’s Veto to cut off conversation, we foreclose the very possibility of building community together. Taboos against debate hurt us far more than the debates would.

Besides, this whole notion of “someone might be offended” is infantilizing of the offendees. Are donors really so infantile that they will simply throw a tantrum, inconsolable and filled with rage, if something they disagree with is promoted? I fully understand the desire of not-for-profit professionals not to alienate even one existing donor. I get it. But do we think so little of these people that we believe they are incapable of reason? That, like colicky children, they have to be endlessly humored so that they won’t cry so loudly? How is this respectful?

Nor is this somehow really about “the Orthodox.” First, there is an increasing number of Orthodox Jews who are not just amenable to, but also deeply interested in, having conversations such as the one I have been proposing. Orthodox communities are diverse, and it is unfair to progressive Modern Orthodox Jews to let reactionary ones define what Orthodoxy is.

More generally, though, inclusiveness does not mean always doing it the Orthodox way. Sure, we can make certain that food at events is kosher even if only a handful really requires it. But when there are Orthodox-friendly alternatives available, not every program, service, and Sabbath observance has to conform to the Frummest Common Denominator. Sometimes Orthodox practice is the “bottom line,” and sometimes another value (such as egalitarianism, accessibility or welcoming beginners) sets the baseline. Religious freedom is not threatened by pluralism — only religious coercion is.

When I’ve had conversations with folks of a more traditional mindset as part of this tour, they have usually been productive and respectful. By showing up and sharing my story, I debunk the myth that gay people are nonexistent, or self-deluded and in need of “reparative therapy” (which is neither reparative nor therapeutic), or sex-crazed perverts, or whatever. I can’t, and don’t try to, convince Orthodox Jews to take a non-Orthodox approach to Jewish law and precedent. But once the stereotypes are set aside, I’ve found we can have respectful, thoughtful conversations. Worst-case scenario: I make my case, they make their comments, and the sky doesn’t fall.

I pity those who, regardless of political bent, are unable to partake in such a conversation, on whatever subject. People who are so terrified, angry or conflicted that there is no way to talk about the issues that trouble them are obviously in pain, and that is a shame. But that some of our community’s leading institutions just let such hecklers have their way, refusing to engage in a rational conversation? That is a shande.

Why Does the Heckler Get a Veto?