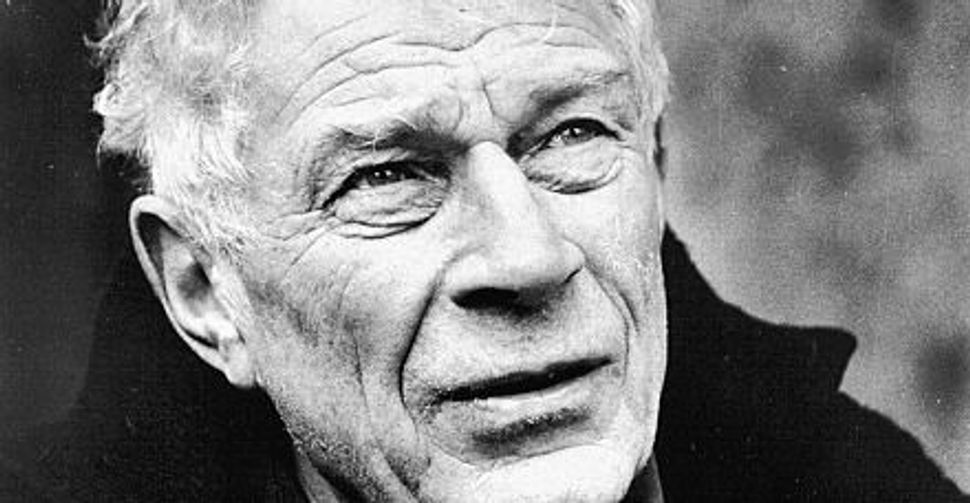 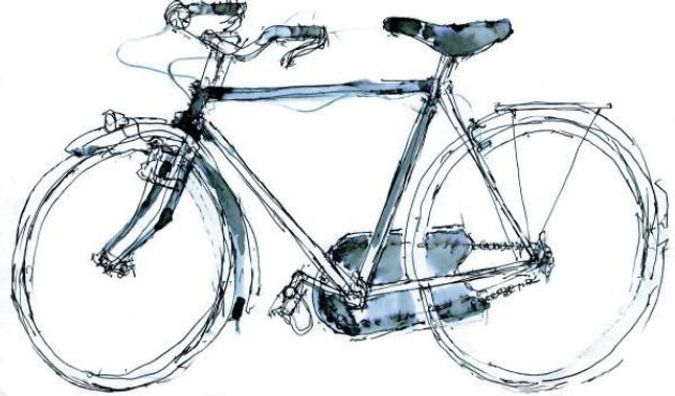 Can a mass of ordinary, well-meaning people, without great wealth or political power, radically change the structure of the society in which they live?

It’s a question that has been much on the world’s mind this past year. In Tunisia, Egypt and Libya, autocratic rulers and their regimes have been overthrown. In Israel, the summer’s J14 protests forced the country’s government to respond to questions of economic and social injustice. And in the United States, the Occupy Wall Street movement has shifted political dialogue toward similar concerns. 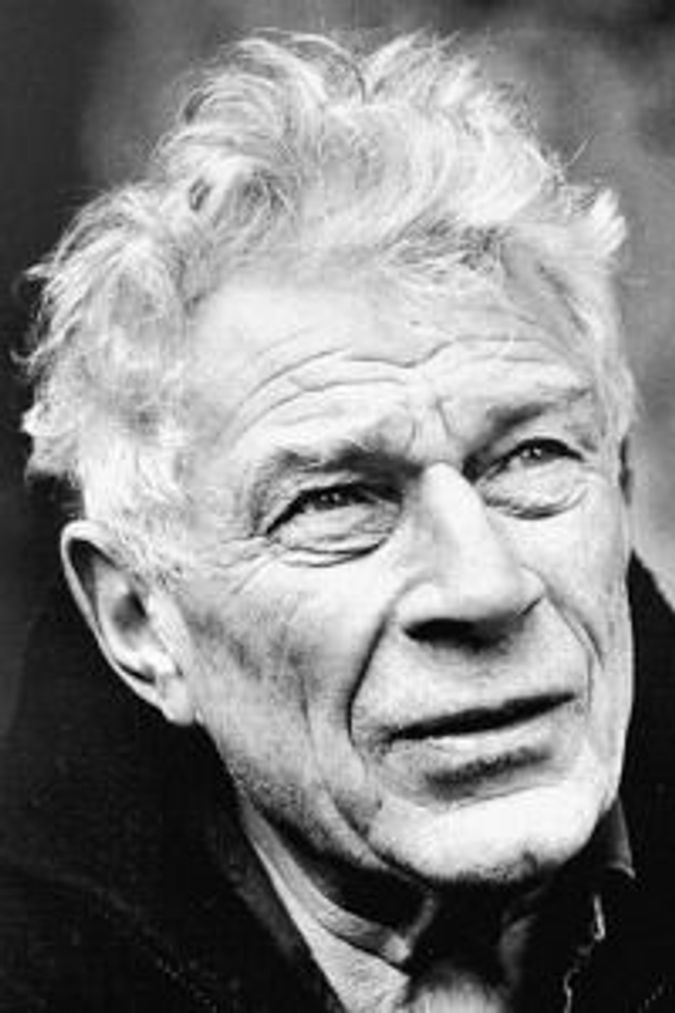 But there are plenty of reasons for discouragement. In Iran, Algeria, Bahrain, Syria and other Middle Eastern countries, protests have been met with horrifying violence. Recent elections in Egypt have favored far-right Islamic parties. In Israel, the results of the Trajtenberg Committee, set up to address protesters’ grievances, have been a disappointment and anti-democratic legislation continues to make its way through the Knesset. In America, the future of the Occupy movement is in a fog. All the while, global finance is in turmoil and the specter of ecological catastrophe comes ever closer.

What if, in the face of entrenched financial, political and military power, progressive change brought about by ordinary citizens is not possible? What then can be done?

It’s a question that has been on the mind of the British novelist, essayist and art critic John Berger, not just for the past year, but for decades. In his latest book, “Bento’s Sketchbook,” he reflects: “What one is warning and protesting against continues unchecked and remorselessly. Continues irresistibly. Continues as if in a permissive unbroken silence. Continues as if nobody had written a single word. So one asks oneself: Do words count?”

In “Bento’s Sketchbook” Berger turns to an unexpected source for insight: the 17th-century philosopher Baruch, or Benedict, or “Bento,” Spinoza. The premise of the book is based on a sketchbook Spinoza is supposed to have kept, but which was lost or destroyed. Berger, who is an artist as well as an art critic, sets out to reimagine the lost works.

The writings and drawings that fill “Bento’s Sketchbook” are not really a recreation of Spinoza’s own sketches, however. Rather, they are Berger’s, composed under the influence of Spinoza’s thought. Loosely connected essays on art, politics and life in Berger’s adopted French village of Quincy are mixed with his ink drawings and selected passages from Spinoza’s works. Throughout, Berger offers unflinching insights into the predicaments of our time and how we might face them.

Berger has said in interviews that his interest in Spinoza stems from the philosopher’s rejection of Cartesian mind-body dualism in favor of an ontology that unites both mind and body — “thought” and “extension” — as part of an all-encompassing source. Whether one subscribes to every aspect of Spinoza’s philosophy isn’t what’s important, however. For Berger, it’s the emphasis on connection and continuity that matters.

Throughout his writing, Berger has emphasized these qualities. Works that connect to and are continuous with the world reveal the truth, while those that remain in a separate paradigm of “art for art’s sake” disguise it. Most photography, for example, isolates an image from its context, and so presents an artificial, misleading version of reality. In contrast, Berger writes, the pictures of a photographer like Paul Strand “enter so deeply into the particular that they reveal to us the stream of a culture or a history which is flowing through that particular subject like blood.”

In “Bento’s Sketchbook,” Berger further distinguishes between two types of art: that which is “introverted” and that which is “extroverted.” He means this “not psychologically but corporally, in terms of focus and attention … the priority given to the hidden or the displayed, to the invisible or the visible, to the contained or the free.” Both are valid forms of expression, but it is the former category that pertains most to our time. While art directly related to the condition of the world might seem more crucial, “introverted” art is better able to persist in the face of insoluble difficulty. It is powerful, Berger writes, “because its stories remain unfinished … because for them mystery is not something to be solved but to be carried.”

Berger’s own work exemplifies both categories. In his criticism he is fiercely political and he does not shy away from naming injustice where he sees it. Throughout his life he has identified as a Marxist, and he regularly argues for leftist political positions. In 1972, when he won the Booker Prize for his novel “G.,” he caused a furor by using his acceptance speech to criticize Booker McConnell Ltd., for its business interests in the Caribbean, and to donate half of the prize money to the British Black Panther party.

Yet Berger’s is a humanistic, open-minded Marxism. His opposition to capitalism stems not from a narrow theory of history but from the lived experience of people the world over. Even when his politics lead to controversial positions, he articulates and pursues them with characteristic nuance. In 2006, he supported a cultural boycott of Israel, but qualified it by saying that it was intended only to affect the Israeli government and corporations. In his case, he wrote in the Guardian, he refused to have his books brought out by major Israeli publishers but would be happy to have them published by smaller houses that worked to further Israeli-Palestinian literary exchange.

When it comes to art, Berger’s political outlook manifests itself as a refusal to examine works in a vacuum. He considers not just their aesthetic qualities, but also their social function, in historical as well as contemporary contexts. He has frequently argued that the primary function of most art works is as property, and that they are therefore reactionary, regardless of their content. (For this reason it seems that for Berger, Spinoza’s lost notebook may be the perfect work of art, precisely because it doesn’t exist, and therefore cannot be owned.) It is a position with which, given the intense commercialization of the contemporary art world, it is difficult to disagree.

Yet Berger is also fascinated by the formal properties of art, and is an expert at revealing the layers of meaning contained in a single painting. Though art may serve ulterior social and economic functions, it can also possess its own autonomous existence, reordering and presenting our visual experience of the world. As an artist himself, Berger is entranced by the moment when marks on a piece of paper start to become a drawing — the “moment of crisis” when one “begins to draw according to the demands, the needs of the drawing” — or by the gulf that lies between a painter’s glance at the landscape before him and the canvas by his hand.

Although much of Berger’s criticism consists of tightly argued, analytical interpretations of paintings and artists, he is also a master of the informal, observational essay, and it is this type that dominates “Bento’s Sketchbook.” He writes lyrically about trying to draw a cluster of quetsch plums growing in his yard and about the time he gave away a Japanese sho brush to a Cambodian friend he met at the public swimming pool. Other essays address the pleasures of riding his Honda CBR 1100 motorcycle and his relationship with the East German publisher Erhard Frommhold, whom he considers a kind of “elected elder brother.”

Berger’s drawings have a similarly tender quality. They are delicate, almost fragile, and seem to exemplify his idea of “introspective” art. As he writes in a kind of refrain that follows the first few pieces in the book, “We who draw do so not only to make something observed visible to others, but also to accompany something invisible to its incalculable destination.”

For Berger, this kind of work, with its “incalculable destination,” also has a unique relationship to our experience of time. In his landmark 1972 BBC television series and its accompanying book, “Ways of Seeing,” Berger observes how “it’s as if the painting — absolutely still, soundless — becomes a corridor, connecting the moment it represents with the moment at which you are looking at it.” This idea is inspired by Spinoza, for whom all things have an equal degree of reality, regardless of when, or for how long, they existed. “Everything,” Spinoza writes, “whether it be more or less perfect, will always be able to persist in existing with the same force with which it began to exist, so that in this all things are equal.”

This notion is crucial to Berger’s approach to the problem of powerlessness. If one considers each moment to have its own intrinsic significance, then what exists in that moment is as important, and as real, as what the outcome of that moment might be. While art illustrates this truth, its implications are political. “One protests,” Berger writes, “in order to save the present moment, whatever the future holds.” Moreover, as he argues in an earlier essay, “The foreseeing of this final logic is part of what enables a man or a people to fight against overwhelming odds. It is part of the secret of the moral factor which counts as three to one against weapon power.”

It is hard not to read these sentences without thinking not only of current events, but of untold episodes in Jewish history. When the Warsaw Ghetto fighters took up arms, it was not because they believed they could beat the entire Nazi war machine. When protesters in Syria go out today, it is with the knowledge that they may not come home. But in all cases the present can, and has been, saved.

Unlike many other political thinkers, Berger has remained true in his old age to the ideals of his youth. What has sustained his optimism, his idealism, his ability to persevere? Perhaps it is just such an outlook. It does not promise victory, but it is resistant to defeat. It is skeptical, but remains steadfast. It is a philosophy of hope, tempered by experience, and without illusion.