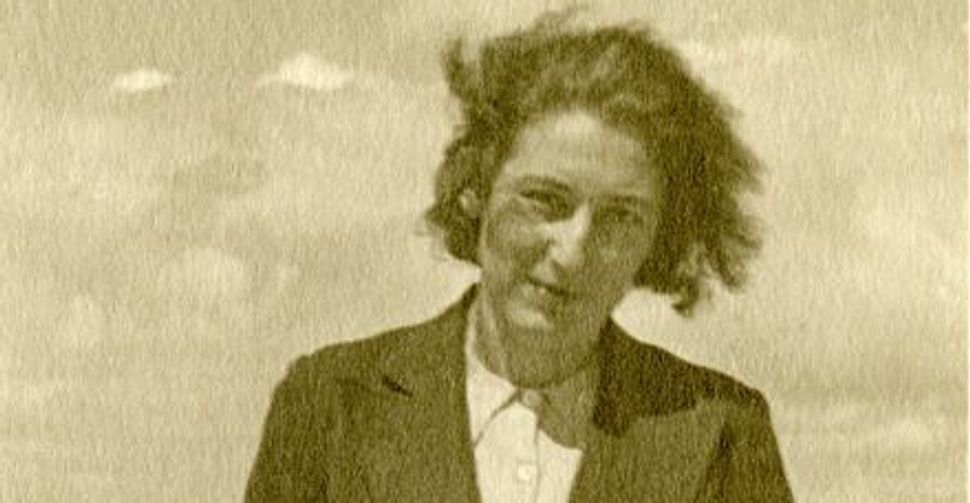 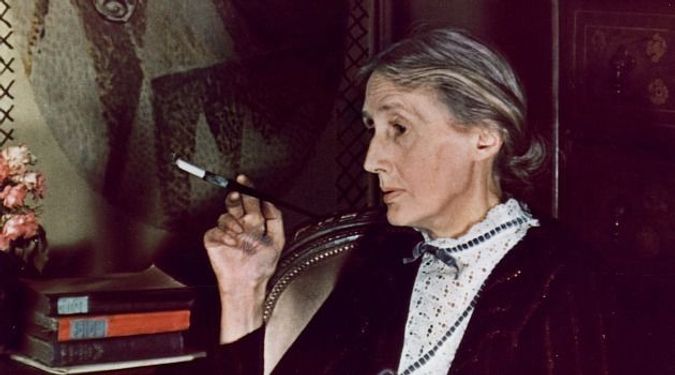 Who?s Afraid of Gisele Freund? The photographer profiled many literary figures, including this shot of Virginia Woolf. Image by gisele freund

From James Joyce to Virginia Woolf, camera-shy European writers were captured on film in the 1930s by German Jewish photographer Gisèle Freund. These psychologically revealing images, in vividly tight close-up — as if the viewer were crammed into an elevator next to the great writer — are enough to guarantee Freund, who died in 2000 at age 91, a measure of immortality. Yet a new Paris exhibit that runs until January 29 at the Fondation Pierre Bergé–Yves Saint-Laurent — “Gisèle Freund, An Eye to Borders, Paris 1933-1940” — suggests that Freund is a more complex creative spirit than has been hitherto conceded.

Exhibit curators Catherine Thieck and Olivier Corpet explain in two profusely illustrated publications that Freund was deceptively dismissive about her own work, claiming that photographers cannot be artists, only “translators,” and likened her own quest to preserve images of writers as a kind of butterfly collection driven by her own frustrated literary ambitions. Yet, far from being an unreflective amateur hobbyist, Freund had in fact produced a well thought out thesis at the Sorbonne, “Photography in 19th Century France: an Essay on Sociology and Esthetics,” recently reprinted by Les éditions Christian Bourgois.

Born Sophie Gisela Freund in Berlin in 1908, she was no mere avocational shutterbug, using the camera as a mechanical autograph book. Freund grew up in a privileged, intensely artistic, Jewish bourgeois family atmosphere. Her father, the noted art collector Julius Freund, assembled works by German Impressionist painters from Max Liebermann to Max Slevogt; the latter painted an oft-reproduced 1925 oil portrait of the elder Freund. Although his daughter’s first love was literature — notably by Franz Kafka and Bertolt Brecht — after Julius gave her a Leica camera as a gift for her 18th birthday, Gisèle became smitten with the device.

Her attraction to photography was confirmed by her university studies in Frankfurt, with such luminaries as Karl Mannheim, the Hungarian Jewish founder of the sociology of knowledge, and German Jewish sociologist Norbert Elias. Noticing that Freund always carried a camera, Elias suggested that she study the meaning of images as part of her coursework. She followed the suggestion and in 1934 took a photo of Elias in Paris, pressed against a wall with a pained expression, as if symbolically waiting for a firing squad to arrive. This image seems to allude to the agony of exile, since by the year it was taken, both photographer and subject had been obliged to flee their homeland.

Indeed, with Hitler’s arrival to power in 1933, many of Freund’s Jewish professors were forced into exile. After photographing some Nazi street violence against anti-fascist demonstrators, Freund also left her homeland for Paris in that year. These German street scenes, along with her 1930s photo reportages of the Paris stock exchange and related subjects, usually employed sweeping perspectives of crowds of people. In these images, Freund’s extended visual scope was akin to those pictures of history in process made by the pioneering 1920s German Jewish news photographer Erich Salomon, who would be murdered at Auschwitz in 1944. In Paris, Freund would soon exchange this fly-on-the-wall perspective for more intimate views of cultural celebrities.

Many of these she would meet through a friend, the French lesbian bookseller and publisher Adrienne Monnier, whose shop, La Maison des Amis des Livres, was a magnet for literati and whose longstanding affair with another bookseller, Sylvia Beach, may have been interrupted by Monnier’s new close friendship with Freund. Gabriele Griffin’s “Who’s Who in Lesbian and Gay Writing,” published by Routledge in 2002, states that Monnier and Freund became lovers, an allegation which has yet to be examined by writers on Freund. If true, the emotional candor of Freund’s images of such lesbian and bisexual writers and artists as Frida Kahlo, Simone de Beauvoir, Virginia Woolf, Colette and Vita Sackville-West, among others, may have benefited from the photographer’s empathy for their shared sexuality.

Freund often projected the results of these 1930s literary celebrity sittings as color slides in presentations at bookstores and art galleries. (At the time, the color photos could not be adequately printed on paper.) Thieck and Corpet observe that the images took writers and “made them into stars.” As shown in the exhibit and catalogue, the tight focus and brilliant lighting are sometimes reminiscent of the Hollywood close-up, lending the prestige of screen legends to such writers as Walter Benjamin and Stefan Zweig. In a 1938 Freund photo, Benjamin holds his head in his hand, like a monumental, saturnine thinker. A year later, the noted French Jewish biographer André Maurois (born Émile Salomon Wilhelm Herzog) exudes dandified self-confidence. As seen through Freund’s lens in 1940, the Romanian Jewish poet Tristan Tzara (born Samuel Rosenstock) looks more like an eminent scientist than one of the founders of the Dada movement, which indeed he was. By contrast, in 1939, the French writer Elsa Triolet (who was born Ella Kagan to a Russian Jewish family) is, like many of Freund’s female sitters, shown as both alluring and feline.

Even as Freund’s close-up style became codified, there were a few precious exceptions, such as a 1938 image of Walter Benjamin scribbling notes in Paris’s Bibliothèque nationale from a more distant perspective than usual. Benjamin looks so intent on his literary task that his books, desk and notebook all seem an extension of his body. One year later, Benjamin — the quintessentially urban writer — is startlingly captured by Freund, ambling along a riverside in rural Pontigny, France. These still-affecting portraits of a Jewish intellectual in exile suggest that by typically reducing her scope to tight close-ups, Freund may have compromised her artistry by putting the importance of the subject above its representation. Her photos of once-highly-regarded writers who are now less admired, such as Hugh Walpole or Thornton Wilder, are of less interest than her shots of still-legendary authors. And for the most part, when Freund tried other formats, the results were rarely unique or as powerful as her close-up portraits.

Even so, what may be seen as an artistic low point of Freund’s career occurred when, in 1981, she accepted a commission to produce the official portrait of newly elected French President François Mitterrand. In the resulting image, Mitterrand’s squinty eyes and smarmy smile belie the photographer’s attempts to elicit warmth and statesman-like dignity. Decades before, Freund had captured André Malraux, one of modern French literature’s most egregiously posturing literary macho men, in a dashing pose emulated by subsequent preening French public intellectuals, right up to Bernard-Henri Lévy today.

After the Perón images were published in Life, the ardently anti-fascist Hungarian Jewish photographer Robert Capa (born Endre Ernö Friedmann) refused on principle to allow Freund to continue working as a freelancer for his Magnum photographic agency. Such intermittent struggles and crises, made clear in this current show, are signs of Freund’s still only superficially understood artistry and questionable commissions.

Sometimes the most respect one can show for an artist’s achievement is to look past their own, often misleading, statements about their work. For years, Freund’s words have inspired a vast amount of repetitiously superficial commentary. Now, clearly, her images are overdue for a new look.