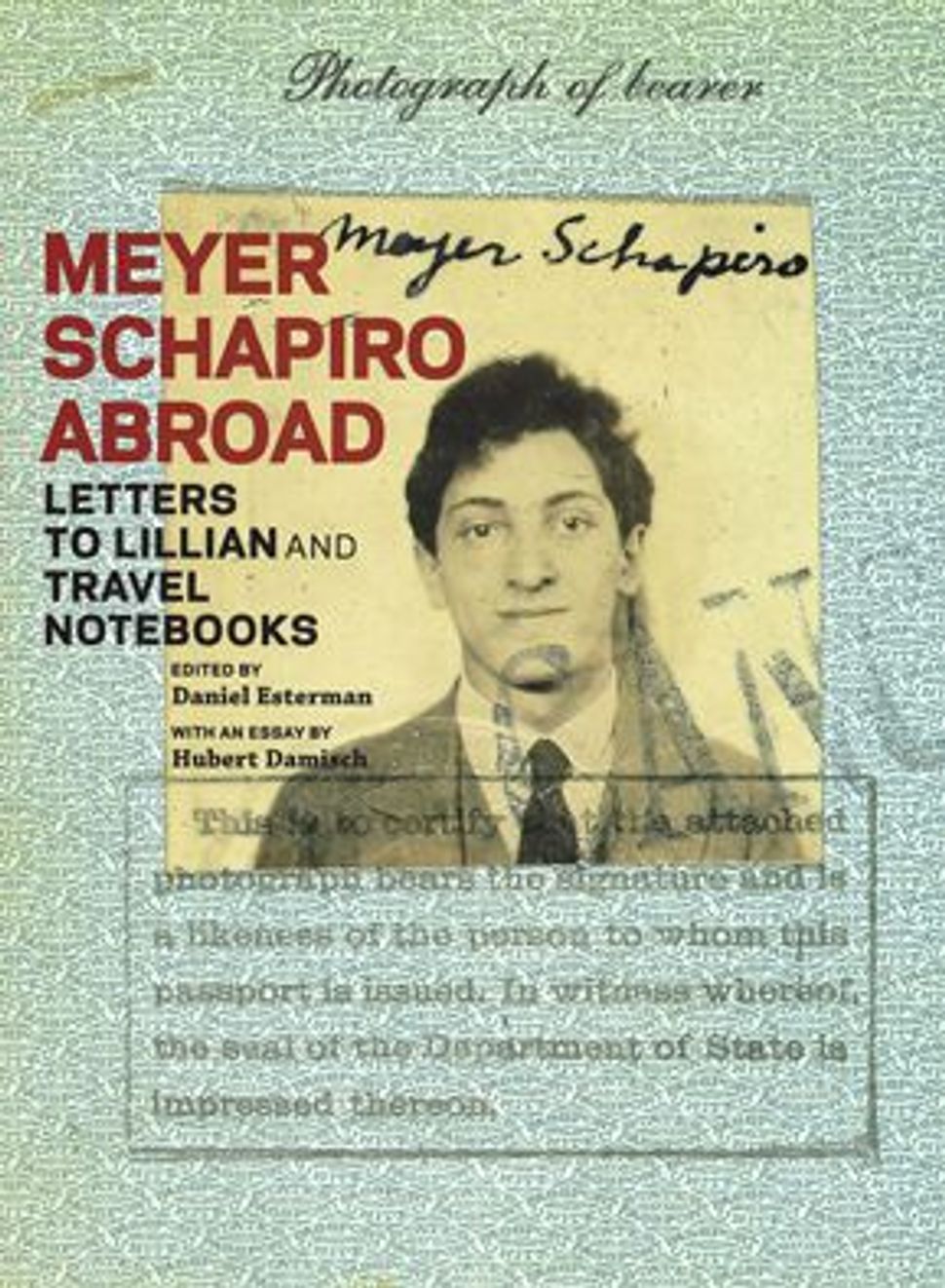 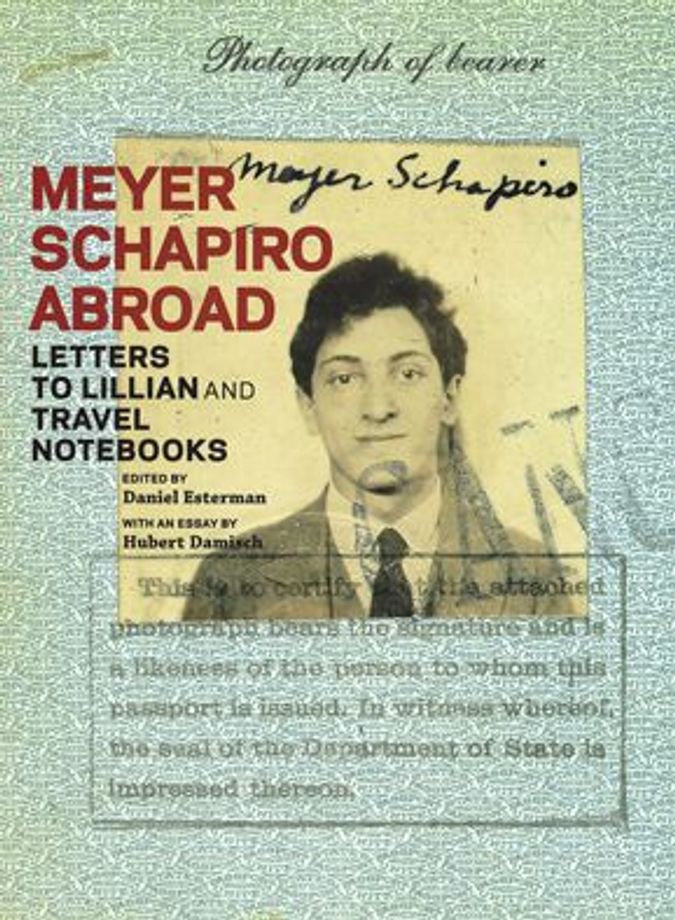 The much-beloved art historian Meyer Schapiro (1904–1996), born in Šiauliai, Lithuania, immigrated with his family to New York when he was a toddler. In his decades of varied research, on subjects from Romanesque art to Picasso, from Hiberno-Saxon illuminated manuscripts to Cézanne, Schapiro achieved an uncannily personalized view of each artist — and also captured his sense of each as a person.

Apart from being a gifted amateur draftsman himself, one well instructed in Freudian methodology, Schapiro used a method that, according to his student David Rosand, involved “effectively reconstructing the creative process, through close and sympathetic stylistic description.… Behind the style, Schapiro sought and found the artist.” Equally important was Schapiro’s role as a pioneering Jewish faculty member at Columbia University in 1928, along with his friend, literary critic Lionel Trilling (born Lionel Mordechai, 1905–1975). It was commonly said that Columbia hired the extremely elegant, erudite and refined Schapiro and Trilling because “everyone knew they were Jewish, but nobody could tell.”

This argues a special status in an era where Schapiro was obliged to remain at Columbia after earning his undergraduate degree because the university he chose for further studies, Princeton, would not accept Jews in the 1920s, no matter how refined they were. The less bigoted Carnegie Corporation awarded Schapiro a traveling fellowship for research in 1926–1927, and he seized the opportunity to travel widely in Europe and the Holy Land. His letters home to his betrothed, Dr. Lillian Milgram — a pediatrician and specialist in childhood tuberculosis who died in 2006 at age 104 — as well as sketches of classic artworks, comprise the newly published “Meyer Schapiro Abroad: Letters to Lillian and Travel Notebooks,” edited by Daniel Esterman.

Schapiro’s lifelong charisma as a lecturer is conveyed in these missives, which inform his doctor fiancée about public health issues in 1926 Paris: “There are amusements and vices for all nationalities. There is an unbelievable number of diseased people in the streets & public places… with the added disgrace of the most unattractive & yet most insistent public prostitution.” Meyer thrillingly recounts meetings with French archeologist and pioneering art historian Salomon Reinach (1858–1932), descendant of a German-Jewish family of bankers. Reinach spoke about art “ex cathedra, with a sense of personal responsibility, as if in him, the whole subject spoke.” Schapiro also provides a telling pen portrait of a brief visit to the tiny Tel Aviv apartment of Berl Katznelson (1887–1944) a founder of the Labor Zionism movement (Schapiro was a lifelong socialist) and editor of the Hebrew-language daily newspaper Davar. Katznelson lived “surrounded by books whose titles & appearance & variety show a fine individual mind,” wrote Schapiro. “He is cross-eyed; humble looking, of very simple manner.”

Schapiro’s own youthful good looks moved one of his professors, Mark van Doren, to write an essay praising Schapiro’s face as “positively beautiful… in his thick curly black hair, in his eager white cheeks, and in his darkly rolling eyes.” Even art historian Bernard Berenson, whom Schapiro visited in Italy on this trip in 1927 — a meeting that he curiously did not recount to Lillian — admired the young student’s looks and soon wrote to a friend: “Yesterday a very handsome youth named M Shapiro sent up his card.”

Lillian’s undoubted awareness of how people admired her fiancé’s beauty may have motivated some letters with curious comments, such as in 1926 Paris, when Schapiro meets an Australian man who “pressed my hand more tightly or longer than was necessary or warranted, and near his own and my family.” Or in Tel Aviv in 1927, when Schapiro describes seeing Italian-born editor Chaim Wardi (1901–1975), whom he calls a “very beautiful and a noble person…. His wife having left the table, we began to talk (Dear Lillian; do not suppose anything).” To allay the jealously of the apparently quick-to-suppose Lillian are amorous messages, sometimes quasi-love poems in prose, like this letter from Toulouse in 1926: “The last night I was so possessed by you, I could not sleep until very late… I am homeless without your hands… when we kissed in hilarious haste on an uncertain doorstep, – your jolly body with mine.”

Such warmhearted communications are supplemented by a choice of astute drawings in facsimile of architectural details and, more movingly, sketches of illuminated manuscripts that capture the exuberant bonhomie and quasi-cartoonish innocence of the medieval painters whose designs Schapiro copied with such evident admiration. Small wonder that illustrator R. O. Blechman is cited in the book’s acknowledgments as a fan of Schapiro’s draftsmanship. Only a lumbering, ponderous preface by French philosopher Hubert Damisch disappoints in this otherwise splendid tribute to a gifted art lover. It is nevertheless still worthy to place alongside Schapiro’s previous works on Impressionism (1997), art and society (1999), and Picasso (2000), all from Braziller, as well as the collection of his work printed by Abrams in “Meyer Schapiro: His Painting, Drawing, and Sculpture” (2000).

Columbia University, which even recently has been the site of reported antisemitic incidents, nevertheless has progressed since the days when Schapiro and Trilling squeaked by to join the faculty. On January 30, Columbia is hosting a daylong seminar, “On Meyer Schapiro,” to celebrate the publication of “Meyer Schapiro Abroad.” Among the speakers will be Daniel Esterman (not just the book’s editor, but also Schapiro’s nephew), Rosand, art historian Linda Nochlin and other luminaries. It’s enough to make those few remaining Jews of Šiauliai — only a few hundred survived World War II — kvell.