Painter of the Caribbean 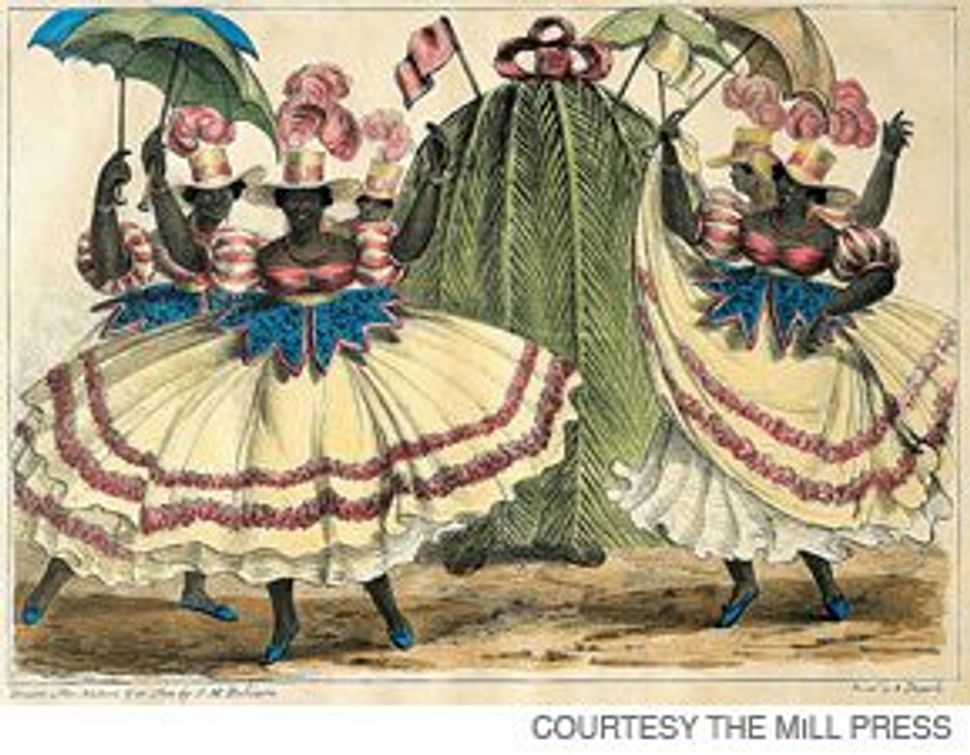 WINTER IN JAMAICA: During the Jonkonnu festivities, all would celebrate in temporary equality. This lithograph is ?Red Set Girls? from Sketches of Character, 1837. 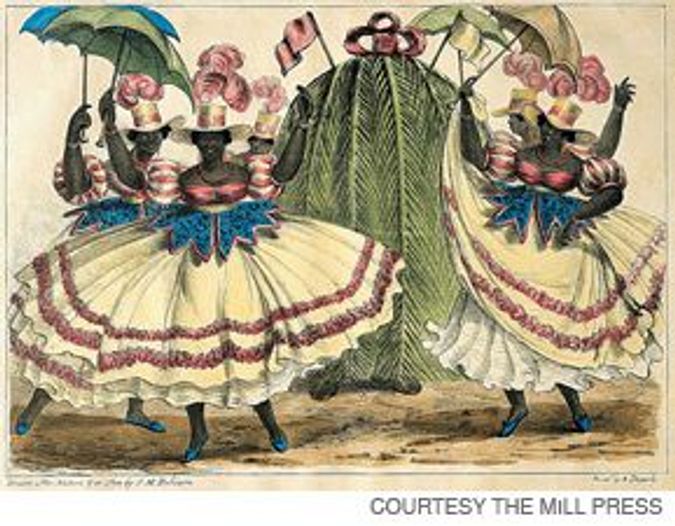 WINTER IN JAMAICA: During the Jonkonnu festivities, all would celebrate in temporary equality. This lithograph is ?Red Set Girls? from Sketches of Character, 1837.

Jewish families who trace their roots back to England, Spain, Portugal and beyond have distinguished themselves for generations as merchants and financiers in the Caribbean. Reminders of the contributions they have made to the varied cultures and societies of the region can be found in the graveyards and in postcolonial, national archives of what are now its many small, independent countries.

With this history in mind, Jamaica’s Mill Press has published “Belisario: Sketches of Character.” A large, lavishly illustrated volume that looks like a coffee-table art book, it is, in fact, a sweeping saga of overlapping family histories, a high-drama page-turner complete with a Central American property-sale scam (the offering of an entire, imaginary country, that is) that makes the Bernard Madoff and not-so-long-ago Enron frauds look, in its publisher’s words, “like child’s play.” Part biography and part cultural history, the book sets the stage for a look at the work of the 19th-century, Jewish-Jamaican artist Isaac Mendes Belisario (1794–1849), about whom little hitherto was known. Exquisitely produced by a small publishing company based in Kingston, Jamaica’s capital, it offers a vivid portrait of colonial-era Caribbean Jewry in general, and of merchant-class Jews in Jamaica in particular.

Jamaica, the region’s third-largest island, today counts only a few hundred Jews among its total population of nearly 3 million inhabitants. Their ancestors contributed significantly to the development of the country’s commercial infrastructure. In the past, some of the island’s most prominent Jewish businessmen also were deeply involved in its notorious slave trade, right up until Jamaica freed its slaves in 1838. It was against this commercial-social backdrop — Belisario’s relatives profited from selling slaves — that the artist’s life unfolded.

Belisario was no giant of the art of his time, neither in Jamaica, where he was born, nor in London, where he spent part of his life and then died of tuberculosis. Nevertheless, it is for “Sketches of Character,” a series of lithographs of Jamaican slaves outfitted in the traditional costumes of their Jonkonnu music-and-dance celebrations, that he earned renown. Issued to subscriber-patrons in 1837 and 1838 (a third of whom were Jewish), these detailed images, with accompanying texts composed by Belisario himself, are elegant, skillfully drawn renditions of fantasy personages made real. They offer a cultural anthropologist’s treasure trove of information about one of the most colorful folk customs of the slavery era in the Caribbean.

The story of the artist’s creation of these portraits lies at the heart of “Belisario: Sketches of Character.” To provide a sense of the historical and cultural contexts in which these works emerged, Ranston goes back to the Inquisition, which got under way in Spain and Portugal in the late 1400s, and to the exploits of branches of the Jewish Lindo and Belisario families that survived it. Their descendants’ paths crossed two centuries later, at a London synagogue that became the spiritual home of the British capital’s small but no longer hidden community of “Mosaic people.” In time, they crossed again in Jamaica.

The Mill Press’s founder-director, Valerie Facey, recalls: “We had no idea our research would take us back so far, but in order to understand the culture out of which Belisario emerged, Jackie had to go deep.” Of British and American origins, Valerie Hart-Collins arrived in Jamaica on a banana boat in 1951 and there married Maurice William Facey, a businessman who went on to become an influential figure in Jamaican civic affairs. Today, the Faceys are one of the best-known families in the Jamaican business world, and some of their ancestors were Jewish. To some degree, this aspect of Valerie Facey’s own family history spurred her long-standing interest in the Belisarios of Jamaica. In fact, although the Jewish population in the Caribbean is small, the Union of Jewish Congregations of Latin America and the Caribbean points out that many of Jamaica’s leading businesspeople “can trace Jewish ancestry in their genealogy.”

The British-born Ranston, who arrived in Jamaica from London in 1970, began researching the Belisario story nearly two decades ago. Her sleuthing took her to Britain, France and Italy, where she dug up documents, works of art and clues to Isaac Mendes Belisario’s life story and the origins of the Jamaican folk types he had depicted. Among her finds, Ranston discovered a document in Jamaica concerning an 18-year litigation between Belisario’s father and maternal grandfather. That paper proved that Belisario had been born in Jamaica of a Jamaican-born mother (who happened to be the great-great-grandmother of Blanche Lindo, mother of Chris Blackwell, the well-known Jamaican businessman and record producer who catapulted reggae star Bob Marley to fame in the 1970s). In Jamaica, it seems, everybody is related.

As a reward for finding the Americas, Ranston writes in “Belisario,” the Spanish Crown awarded Christopher Columbus hereditary and proprietary rights to Jamaica. Thus, the explorer’s family, not the Spanish government, controlled the island, and Columbus chose not to extend the Inquisition there. Ranston notes that the first Jews, refugees from Spain, “arrived in Jamaica during the Spanish occupation, which lasted from 1494 to 1655.” Isaac Mendes Belisario’s father, Abraham Mendes Belisario, arrived in Kingston in 1786 and went to work for Alexandre (Elisha) Lindo, a prosperous slave trader and wharfside merchant whose daughter he married. Their son, Isaac, would become an artist despite his family’s expectations that he join their businesses, and despite the fact that as a young man, he worked as a stockbroker in London, where he first began to publicly show his watercolor paintings. When Isaac returned to Jamaica in 1834, seeking a warm climate to soothe his respiratory ailments, it was as an artist that he set up his studio on the Parade, Kingston’s main plaza.

African in origin, Jamaican Jonkonnu (a term perhaps derived from an alteration of the name of an 18th-century, West African businessman-chief) refers to a masquerade festival that evolved during the age of slavery. It took place at Christmastime, when, for a few days, plantation owners allowed their slaves to bang drums, make music and celebrate. Since slaves and their owners alike joined in the festivities wearing costumes and masks representing both mythical and real-life figures of the times, Jonkonnu became a great, if only temporary, leveler of the slavery era’s strictly hierarchical society.

Jonkonnu celebrations developed their own stock characters, such as the Queen (or “Ma’am”) of the singing and dancing Set Girls, and Jack-in-the-Green, a male figure covered with a palm-frond shroud. In representing these characters, Isaac Mendes Belisario took a turn away from the landscapes and society portraits for which he was known, capturing for posterity a form of cultural expression that had become an integral part of Jamaica’s multiracial society.

Despite Ranston’s exhaustive research, Belisario remains something of a cipher; if anything, Ranston’s book leaves a reader wanting to know more details about the artist’s upbringing and everyday experiences; however, there simply is not enough existing historical material to fill in all the details of his life. In 2007, Yale University’s Center for British Art presented “Art and Emancipation in Jamaica: Isaac Mendes Belisario and His Worlds,” an exhibition commemorating the 200th anniversary of the British Parliament’s abolition of the Atlantic slave trade. It featured Belisario’s “Sketches of Character” prints, artifacts from the slavery era and a massive accompanying catalog.

Although considerable resources supported Yale’s presentation, some of the university’s researchers still got basic facts about Belisario’s life wrong. For example, confusing Belisario with one of his Jamaica-based cousins who shared the same name, they claimed the artist had owned slaves. In fact, as Ranston has established, the painter-printmaker was never a slave owner, despite his family’s close ties to the controversial business.

“Every event that is recounted in this book — we have proof that it all really happened,” Ranston told the Forward. An impressive scholarly achievement, packed with illuminating — and intriguing — maps, photographs and genealogical charts, her book makes the lasting significance of Belisario’s art understandable to both general art enthusiasts and cultural-history specialists. As Ranston puts it, describing her findings, “In recovering these families’ stories, we gain a sense of what is part of our common humanity.”

Painter of the Caribbean