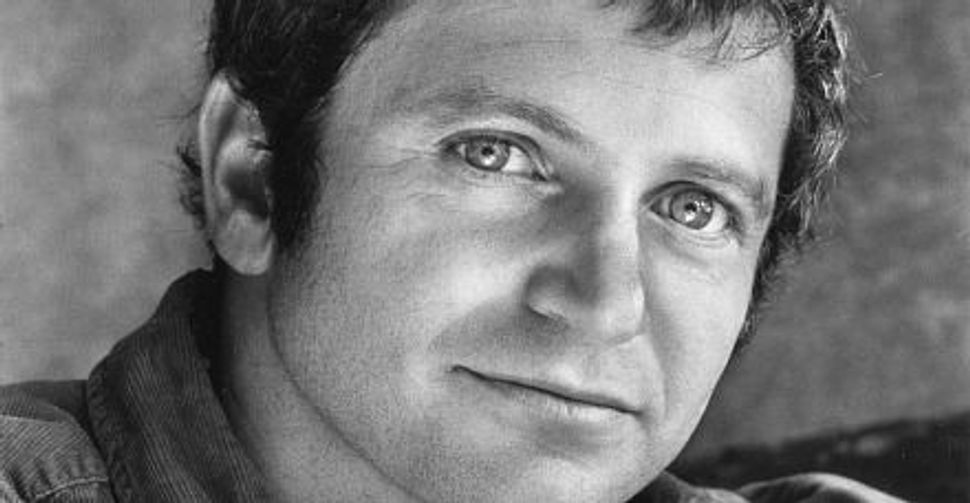 Part epic, part bildungsroman, Peter Orner’s “Love and Shame and Love” is a refreshing departure from the shtetl nostalgia shtick that has come to typify contemporary American Jewish fiction. Orner’s characters are complex, but their quirks, like their Jewishness, are the stuff of real life. And like life, this novel is at times terrifically funny; at others, hopelessly sad. Always, the writing is meticulously crafted and evocative, as in this lush morning-after description of the protagonist, Alexander Popper, and a woman he briefly courts: “The drab light woke them up, tangled and alone, the cement floor, the lake quiet, the gulls hawking and circling.” Orner is particularly adept at rendering difficult emotions so that they resonate viscerally without feeling overwrought. Consider this passage, in which Alexander considers the apartment into which he and his brother have just moved along with their newly separated mother, seven blocks away from the family home: “The new place smelled of plastic…. It was mercifully quiet. His father’s raging hurts a few blocks away; they heard only an echo.” 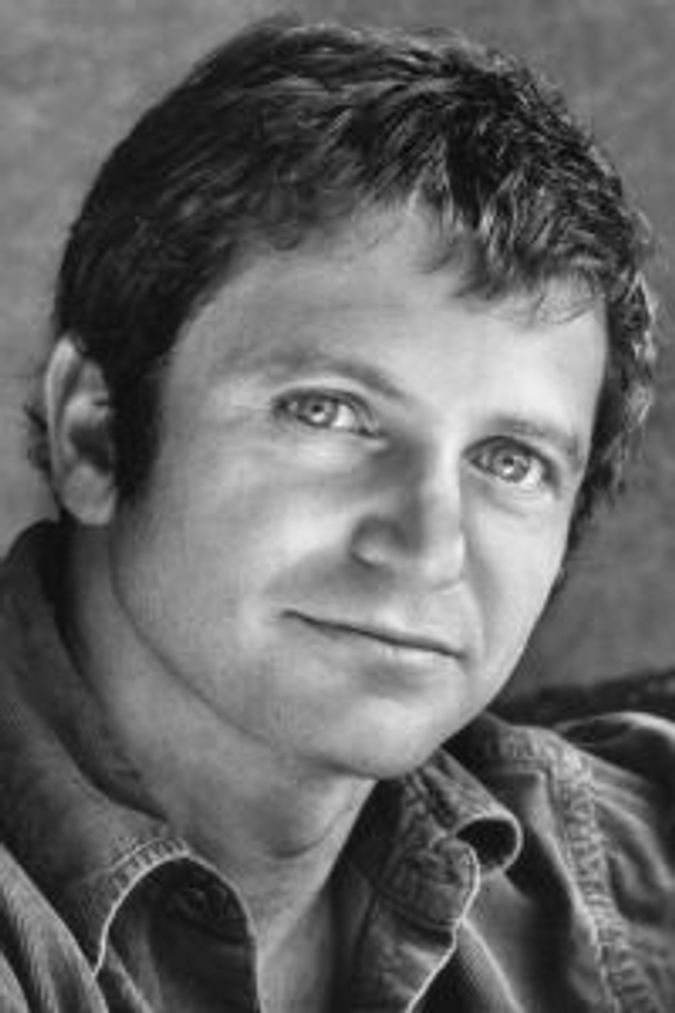 Echoes reverberate everywhere in this novel — in the silences around the words and in the actions that repeat themselves from father to son and back. Alexander, third-generation Chicagoan, second-generation American-born, is the novel’s nominal hero, though the story is only as much his as it is his grandfather Seymour’s and his father Philip’s.

This tale of unrequited love, failed relationships and intense longing is told through a composite of vignettes interspersed with longer chapters and occasional letters, all of which move back and forth in time. The backdrop is Orner’s Chicago, a hub of liberal Jews who are passionate about their politics and their city. It’s a miraculous city, God’s gift — to the Jews? — as Judge Abraham Lincoln Marovitz tells an adolescent Alexander in a coming-of-age chat that replaces the bar mitzvah rite of passage for certain Chicago Jewish families. Chicago, as a journalist friend of the Poppers puts it, “does not go to the world” because “the world comes to Chicago:”

Who has taller buildings than our tall buildings? Who’s got a busier airport than our airport? You want Picasso? We got Picasso, big Picasso. Nobody can make heads or tails of it. It’s a lion? No, a seahorse. Looks to me like a radiator with wings. Who gives a damn, people, a Picasso’s a Picasso.

And all this, as Judge Marovitz explains, is only because Chicago’s Jews are willing to scratch each other’s backs, “especially those places you can’t reach.”

Often, “Love and Shame and Love” brings to mind Saul Bellow and his depictions of Chicago, that land of opportunity and loneliness, and characters — like Moses Herzog — who are helpless in the face of destiny. In the world of this novel, as in much of Bellow’s oeuvre, Jewishness is not something external to the characters, it’s embedded in their psyches like childhood traumas, like Chicago, but more so, inextricably a part of who they are.

Indeed, unlike their classier friends, the Rosencrantzes, who have “deep Chicago roots,” the Poppers, for all their involvement in the city’s politics, in business and culture, still see themselves as Russian Jews: “Only a generation or two out of the shtetl, they were the grandchildren of bookbinders, junkmen, small-time salesmen.” There’s no sense of misplaced nostalgia here, just an awareness of a still evolving and difficult-to-define American Jewish identity. Precisely because it’s not a fetish, Jewishness is never at the center of this novel, nor is it foremost on the characters’ minds. What really sets Alexander’s parents a notch below the Rosencrantzes is the fact that they have had to move to Highland Park. Life in the suburbs is quiet, too quiet:

A half-open door, a triangle of light stretching across the kitchen floor. Miriam looks out the window at the new dog loose in the backyard. A Lhasa Apso. Philip named him Sir Edmund Hillary. Nobody really got the joke, the dog especially. He’s digging holes again. He doesn’t bury anything. Sir Edmund has nothing to hide. He just digs holes. Upstairs, in the guest room, the new baby wails. Maybe all this quiet wasn’t such a hot idea. On the counter curdled bacon soaks through a yellowing paper towel.

There’s a sense of volatility in this passage, which constitutes a complete chapter in this novel. The images are simple yet suggestive: the half-open door a symbol of stagnation, perhaps, and the empty holes a void that keeps growing. The dog has nothing to hide, but what about everyone else — from the baby, who can only wail, to the paper towel now yellow with intimations of something gone awry? Even the spaces between the words feel heavy with the weight of what is left unsaid. It’s as if the silence itself were pregnant with the promise of pain.

Philip calls Highland Park “Dullsville” and says that they “keep waiting for something to happen, anything, and nothing ever does….” Except, of course, that one day something will happen: Miriam will cheat on Philip with his friend, Hal Rosencrantz, then move away with their sons, and the humdrum of their suburban life will, no doubt, suddenly seem, in hindsight, edenic. Years after the painful divorce, Philip’s eyes will sag, “the droop of all the years without her.”

There are obvious patterns in the Popper family: The men fall hard for beautiful, strong women who can’t, or won’t, love them back. The tragedy is in the inevitability of it all, and in the shame of having one’s love rejected, as if one has been played for a fool, which is indeed how things are for the Popper men. As for the women in this novel, one never gets a very good sense of their internal lives. This may be one of the novel’s few flaws. More likely, it’s Orner’s way of communicating the impossibility of love. In neglecting to flesh out his female characters, Orner seems to be suggesting that the object of one’s love is always unknowable, a mystery.

Of the Popper men, it’s Philip who gets the most badly burnt, but there’s enough pain for them all. When Seymour reaches to rub the back of his wife’s neck as they sit together in a nightclub, she “shifts in her seat, only inches, but enough for his fingers to dangle, for a moment, before he retreats them to his drink.” The purposeful clumsiness of such sentences evokes the pervasive sense of shame in this novel, a shame that renders one necessarily unsmooth.

Decades later, soon after Alexander and his girlfriend, Kat, discover that she’s pregnant, Kat — who wants to keep the baby — decides the two of them are history. “Why now, of all times?” Alexander is stunned. “Wouldn’t now be better?” Kat replies.

For the second time in the course of this novel, Alexander’s world is shattered by the forces of love. The crushing disappointment makes one wish that Alexander were still just a kid playing with his brother Leo, who tells him: “Okay, listen Alexanderplatz, you be the Jews on the run, I’m Pharaoh,” so that he can flee to his private spot in the backyard…

A place where nobody cut down the bramble or the stunted sun-starved trees and nobody mowed the long stalks of prairie grass into submission. A tiny wild corner where Hollis stored the storm windows under an old green tarp… an upside-down wheelbarrow and a rusted-out jungle gym like a mangled octopus… an old baby carriage with a thick rubber hood and cracked white-wall tires.

… the place, where Alexander “used to dig himself a cave in the mound of raked and forgotten leaves.”

But Poppers don’t easily forget. When Alexander visits his aging father and tries to reconstruct the story of how the family came undone all those years back, his father doesn’t want to talk about what happened. “What’s the big story?” he asks. “I’m only trying to build a record,” says Alexander. “You’re building ruins,” his father replies.