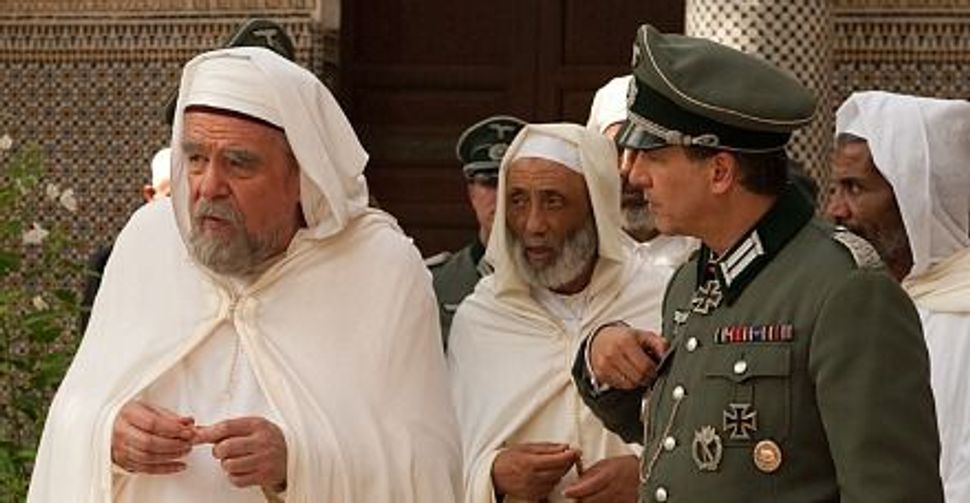 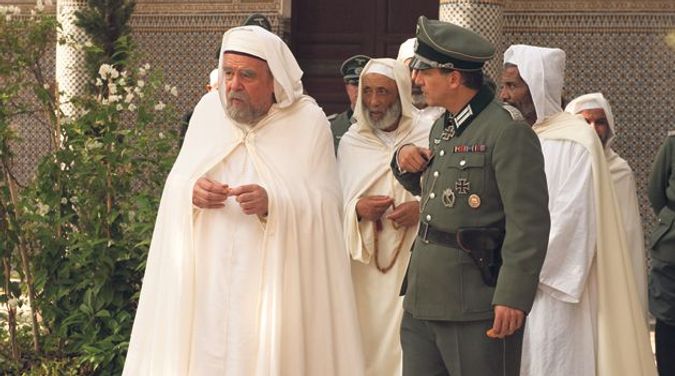 Benjamin Stora, an Algerian-born writer and political activist who turned 61 in December, has for years combined history and self-history as a North African Jew. Most recently he has become embroiled in a controversy about the role that Muslims may have played in saving French Jews during the Holocaust.

As adviser for the acclaimed French film “Free Men” (“Les Hommes Libres”), the prolific Stora was responsible for its historical accuracy. Released in Paris in the fall, and set for American arrival in the spring of 2012, “Free Men” tells how, in German-occupied Paris during World War II, a young Algerian immigrant unexpectedly joins the anti-Nazi resistance after becoming friends with a Jewish cafe singer. Co-written and directed by Ismaël Ferroukhi, a Frenchman born in Morocco, “Free Men” is inspired by real-life episodes in which Si Kaddour Ben Ghabrit, an Algerian-born high-society lover of the arts who served as the rector of the Great Mosque of Paris, managed to save the life of Jewish singer Salim Halali, who would later become a well-known performer of North African music.

Born Simon Halali in Algeria, the singer was performing in Paris by the late 1930s. The artsy and intellectual Ben Ghabrit was also an amateur violinist and oud player. He frequented high-toned Gallic salons, where he was admired as the “most Parisian of Muslims.” He hired Halali to perform at the Café Maure de la Mosquée, a North African-style coffeehouse and tearoom still located within the Great Mosque in Paris’s 5th Arrondissement.

Ben Ghabrit, although required to collaborate with the Nazi-controlled French Vichy government, was also a close friend of Mohammed V, King of Morocco. The latter monarch’s laudable efforts to protect his Jewish subjects during the Second World War have led to his name, among others, currently being bruited about to be named one of the “Righteous Among the Nations,” an initiative that Shimon Peres reportedly supports. As Eva Weisel pointed out in a December 28 Op-Ed in The New York Times, getting Yad Vashem to grant the honorific to a Muslim seems to be unusually difficult.

If not quite this heroic, Ben Ghabrit did indeed save Halali by issuing him a false certificate of Muslim religion to mislead the Nazis. To back up this document, the name of Halali’s father was even inscribed on a blank headstone in the Muslim cemetery of the Parisian suburb of Bobigny.

“Free Men” cites other cases of such false certificates being issued, although the full number has been a matter of dispute, with undocumented estimates ranging from more than 1,500 to a scant few, depending on the account. After “Free Men” opened, a number of articles on the news and culture website rue89.com alleged that the film exaggerated the number of such salvations. The articles also implied that the filmmakers painted a misleading portrait of solidarity between Arabs and Jews.

In an October reply posted on the website, Stora explained that the film was centered on the true story of Halali as well as that of two little Jewish girls whose rescue by Mosque officials was authentic because Stora had personally interviewed them as part of his previous research. Stora further explained that “Free Men” is a fictional film based on factual incidents, in the manner of Claude Berri’s much loved “Le Vieil Homme et L’enfant,” “The Two of Us”, about an old Frenchman who shelters a Jewish child during the Nazi occupation. Stora concluded the polemic over how many Jewish lives were actually saved by Arabs by reminding readers of the talmudic saying “Whoever saves one life, if it is as if they had saved the whole world.”

Precisely the same phrase is cited in a 2006 Washington Post article by Robert Satloff, author of “Among the Righteous: Lost Stories From the Holocaust’s Long Reach Into Arab Lands (PublicAffairs, 2006).” In The Washington Post, Satloff stated: “There is strong evidence that the most influential Arab in Europe — Si Kaddour [Ben Ghabrit], the rector of the Great Mosque of Paris — saved as many as 100 Jews by having the mosque’s administrative personnel give them certificates of Muslim identity, with which they could evade arrest and deportation.”

Whatever the actual numbers may be, equally pertinent both to history and to its fictional filming in “Free Men” is to understand what would motivate an impoverished Algerian immigrant, psychologically and emotionally, to fight Nazis in defense of Jews. Here, Stora’s professional and life expertise is invaluable, as recounted in his “self-history,” “Three Exiles: Algerian Jews” (“Les Trois Exils, Juifs d’Algérie”), reprinted this past spring by Pluriel.

In “Three Exiles” and other works, Stora uses his own family history as a springboard for understanding the historical fate of North Africans — more specifically Algerians, and even more specifically, Algerian Jews. Stora ranges from accounts of brutal anti-Semitic oppression to sweet memories of Jewish cultural delights in Constantine, Algeria, such as the Sephardic culinary wonder known as la dafina, the slow-cooked Sabbath-evening dish that is sometimes inadequately described as a North African cholent; in Constantine, la dafina was a patiently simmered concoction of beef, potatoes, chickpeas, eggs and spinach, among other ingredients.

In 1962, Stora and his parents left such delicacies behind after his homeland’s independence from France was declared. They settled in France, where he still lives in the working-class Paris suburb of Asnières-sur-Seine. At first feeling estranged in his new surroundings, Stora found context and purpose during Paris’s 1968 student revolution, when he became a Trotskyite activist alongside such budding politicians as Lionel Jospin, who would later serve as France’s prime minister and as the Socialist Party candidate for his country’s presidency. Stora’s own political achievements were humbler, although they did alienate his father, a traditional-minded semolina salesman from Algeria, and his mother, whose only dream was for her son to embrace the stable career of dentistry.

Instead, Stora acquired the historical and social acumen to appreciate working-class sufferings and to see why in Paris, circa 1940, some Algerian immigrant laborers were ardent anti-fascists and devoted supporters of Léon Blum’s socialist Front Populaire. As ill-treated immigrants, some Arabs preferred to side with persecuted working-class Jews rather than haughty Nazi propagandists within France’s Vichy government. In a comparable way, North African Jews enjoyed the music and culture on offer at the Paris Mosque, where they could be sure to avoid pork products, elsewhere a French culinary staple, in any meals served. Stora notes that even today, we can encounter French Jews who during wartime requested to be documented as Muslims at the Paris Mosque in order to save their families.

On the human level and the cinematic scale of “Free Men,” Stora’s judgment has been wholly validated. And in the historical context, Satloff writes in “Among the Righteous” that albeit in very modest numbers, it can be demonstrated that during “Nazi, Vichy, and Fascist persecution of Jews in Arab lands, and in every place that it occurred, Arabs helped Jews.”

When the first volume of Stora’s “The Algerian War Seen by Algerians,” (“La Guerre d’Algérie Vue par les Algériens”) appeared in 2007 from Les Éditions Denoël, it was praised by Le Monde for “offering a viewpoint, in the cinematographic sense of the word, which is both original and up-to-date.” This same cinematographic sensibility made it only a matter of time before Stora’s talents hit the big screen. He was historical adviser for the 1992 French film “Indochine” which won the Oscar for best foreign film, and he wrote the documentary “The Algerian Years,” broadcast by France 2 television in 1991. In “Les Hommes Libres,” Stora has found a subject of unprecedented closeness to his heart and the essence of his work as a historian.

Listen to Salim (Simon) Halali in an early hit, “Nadira.”