Five Sites That Whet the Appetite for Travel 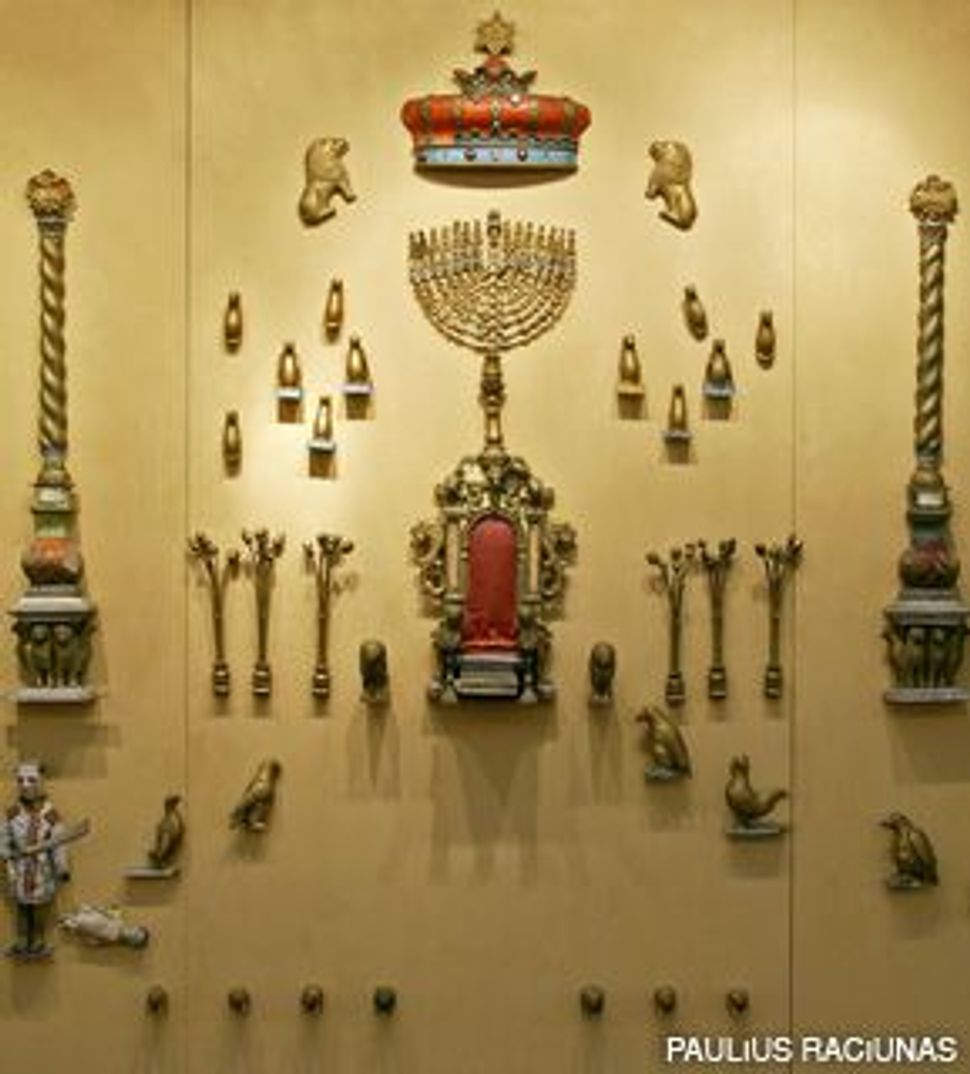 ON DISPLAY: Artifacts exhibited at the Tolerance Centre, a part of the Vilna Gaon Jewish State Museum in Vilnius.

The other night, I went looking for a synagogue in France. When I began my journey on the Web, I didn’t know that this particular synagogue was the country’s oldest; I only knew that it was in France and it was said to be a beauty. I learned about its age — deep roots into the 14th century — later in the evening, when I took a turn down a path I never expected. There, I also discovered that the remains of ritual baths from that era are in that synagogue’s basement. 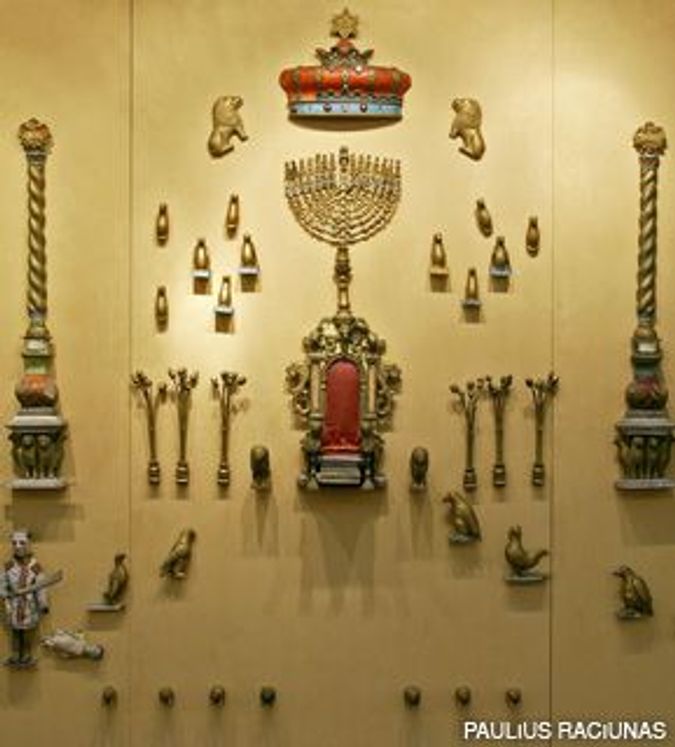 ON DISPLAY: Artifacts exhibited at the Tolerance Centre, a part of the Vilna Gaon Jewish State Museum in Vilnius.

That’s the thing about traveling on the Internet (no passport necessary): You start going down one road, you end up on another, and frequently, by the end of your session you’ve crossed borders and even leaped over continents. There’s a freedom in that sort of travel that you don’t find on an actual tour, even a good one on an Egged bus.

Seasoned travelers and novices alike will benefit from a journey on the Web as they decide where to visit and what to do once they are there. Or, you can just be an armchair traveler who enjoys a virtual tour and, perhaps, builds a wish list for a later date.

For the foreseeable future, I have no plans to visit France. Somebody told me about the synagogue not far from Avignon, and I wanted to see it and learn what makes it special.

I found the synagogue in Carpentras, and while I was traveling with Jewish heritage in mind, I found other stuff, too — virtual visits of places I’ve already seen and will, I hope, get to see again: the Jewish cemetery in Prague, the synagogues of the Venetian ghetto, the galvanizing sites of Israel. I have my own pictures of these places, but touching down by Internet is different. It’s a chance to reconnect with information, sometimes updated, about what has moved you in your life, to see new images and videos, and to enjoy the perspectives others bring to the experience.

I also learned of several places, like the Carpentras synagogue, known to Jews in that area but lesser known to me and, I suspect, to many American Jews. These places fascinated me, and as one Web site led me to another, I became solidly connected to a planetary Jewish community that lifted my spirit.

Here are five Jewish heritage sites that I think you’ll find are worth exploring:

Most of the Internet information I trust comes from official sites — tourism ministries, travel specialists. But sometimes, unofficial sites seem solid. David and LaDawn Ziser told me in their blog, dazld.blogspot.com, that about 100 families call the oldest synagogue in France their spiritual home. The site beyond.fr walked me through Carpentras, perhaps a half-hour drive from Paris, and let me know that the town had a Jewish ghetto until the French Revolution. Eyewitness Travel Guides’ Web site, http://Traveldk.com, told me that the synagogue was largely rebuilt in the 18th century and that it retains its matzo-bakery quarters. The site calls the two-story sanctuary “sumptuous.” From planetware.com, I learned that a major overhaul of the synagogue took place in 1958, and at culture.gouv.fr, a picture confirms “sumptuous” as an accurate label.

This was a simple search. After seeing a few words on scattered sites about a Jewish museum in what was once a great European center of Jewish learning and spiritual evolution, I asked the search engine Google to consider the words “Jewish” and “Vilnius” (the latter is commonly known to Jews as Vilna). The leading entry turned out to be a rich site called jewishvirtuallibrary.org, which had a fact-packed tour of the city once called “the Jerusalem of Lithuania.” I also found the official museum site, jmuseum.lt, with its own tours, and more tours in English on Lithuania’s general museum site, muziejai.lt/vilnius/zydu_muziejus.en.htm.

An underground mausoleum of rabbis

According to jewishvirtuallibrary.org, Jews have lived in the Slovakian region since the 11th century. The site gives a great virtual tour that merely mentions an underground mausoleum of 18 rabbis, including Chatam Sofer, the fabled founder of a rabbinical school. This sent me looking for more, as Internet travel enlists your best detective instincts. I initially found little about the mausoleum but lots about Sofer, a 19th-century rebbe who resisted the Enlightenment (from the European Jewish Congress’s eurojewcong.org), and about Bratislava, with 130,000 Jews in 1930 and, fewer than 1,000 Jews after Hitler and today (travellady.com). A site called hareidi.org says a tram station is named after Sofer. The site gives a curious history of why the graves were preserved during a road-building project (either a bribe, or the threat of a curse). Finally, wikipedia.org **led me to slovak-jewish-heritage.org**, a fine site containing pictures and plenty of mausoleum information.

The ruins of Ostia are exceptional for their immaculate preservation, and someday I hope to see them live. Until that time, I can see plenty of pictures of Ostia, about 20 miles from Rome, on initaly.com, which briefly mentions its early common-era synagogue “built by Jews who worked the barges plying the Tiger — ancestors on the waterfront. On ostia-antica.org I found an extensive bibliography about the synagogue, which offers insights in abstracts from some of the works it lists. A treasure trove of material about the ancient synagogue can be found on a site from the Institute for the Study of Antiquity and Christian Origins, at Austin’s University of Texas campus. The site, http://isac.class.utexas.edu, tells how a crew building a highway to Rome’s Leonardo da Vinci airport in 1960 dug a roadbed and came up with an ancient piece that bore the carving of a menorah — the first sign of the synagogue whose ruins lay below.

Some Jewish sites are not about ancient or recent history, but they’re Jewish heritage sites nonetheless. I include one of my favorites of that sort — the Grand Hotel Acapulco, which until recently was the Hyatt Regency Acapulco. You still can find a 2003 release on hyatt.com that tells of El Isleño, the hotel’s glatt kosher restaurant, which opened at the Hyatt that year. The Grand Hotel has become a working Jewish monument in Acapulco, with the restaurant, a stained-glass bedecked synagogue, a mikveh and even a Sabbath elevator, all looking out on the sunset splashes of Acapulco Bay. First you bench, then you beach. The essential site totallyjewishtravel.com offers a good feel for the place, and believe me, as winter intrudes, I’m thinking about it. I’ll leave the laptop at home.

Howard Shapiro is the theater critic for the Philadelphia Inquirer and formerly was its Travel editor.

Five Sites That Whet the Appetite for Travel