A Bounty of Hidden Gems 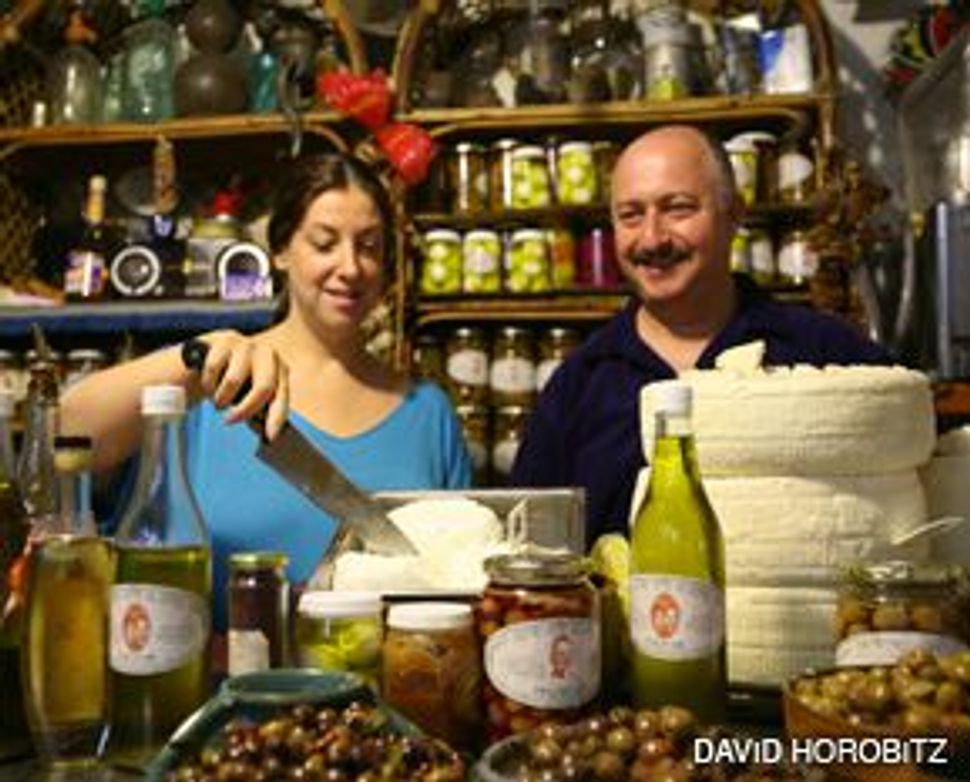 THE CHEESE SHOP: Sigal and Ziv Schwartzman help customers at their shop and museum in Bat Shlomo, a Zionist settlement near Haifa.

Just 20 miles south of the bustling modern city of Haifa lies a spot of Israel that time forgot. 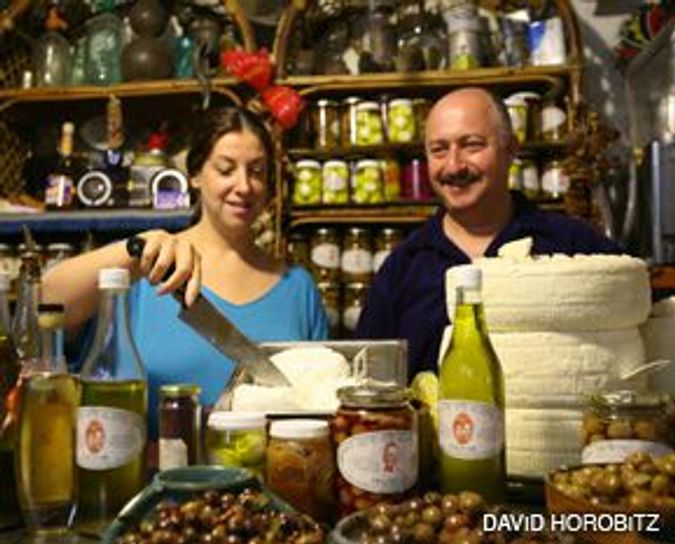 THE CHEESE SHOP: Sigal and Ziv Schwartzman help customers at their shop and museum in Bat Shlomo, a Zionist settlement near Haifa.

Few Israelis, never mind foreign visitors, have heard of Bat Shlomo. Like several other Zionist settlements, it was founded in the 1880s by Baron Edmond de Rothschild, who helped residents with their often ill-fated agricultural projects.

Most of these settlements grew, but Bat Shlomo never expanded beyond the original single street of 12 houses. (The neighboring Bat Shlomo North is completely separate.)

Visiting Bat Shlomo feels like stepping back in time. After taking in the stunning views, visiting the old synagogue and maybe a few art galleries if they are open, follow the only sound you hear, and you will find yourself in a farmyard that looks like a scene from “Fiddler on the Roof.” Within a few seconds, you are likely to be greeted by the farmer offering you some cheese, just as you would expect Tevye to do.

Israel is full of hidden gems like this. Such sites make it into few guidebooks, if any, but often offer a better time than the highly commercialized tourist attractions.

Another spot, Orange Path near Hadera — just off Highway 4, which runs along the Mediterranean Coast — is one of the most unpretentious outings you could hope for. It’s a two-acre park that pays homage to oranges, Israel’s most famous export. Adults can relax with a cold beer in the idyllic setting of the orange groves as their children keep themselves occupied for hours. The area includes a mini golf course, trampolines, a carpentry station, numerous things to climb on and run down, and an electric scooter track.

If you visit between November and April, you can pick your own oranges in the huge orange groves.

Moving south to Jerusalem, we see a hangout that is a favorite of the city’s religious population, but often overlooked by others and seriously lacking in foreign visitors: the Biblical Zoo or, to give its full name, the Tisch Family Zoological Gardens.

The 62-acre site has all the delights of any other well-maintained zoo, but the concept behind it is what makes it special. The animals were selected because they meet one unusual criterion: They are mentioned in the Hebrew Bible.

The zoo is very user-friendly, and there are a lot of small touches that make it a delight to visit. For example, getting kids to go to the educational “information center” is often the hardest part of family outings. Not here — it’s housed in a building that imitates Noah’s Ark, which children can’t wait to climb aboard. The symbolism is clear: The zoo sees its role as protecting species against extinction, just like Noah did.

Of course, every tourist in Israel wants to taste his or her way around the country, as well as see the sites.

Believe it or not, it’s pretty hard to find real bread in Israel. Much of what you see for sale in supermarkets is dough that has been produced at some central plant, packed with additives, blasted frozen and then baked in an oven up to a year later.

But Roladin, a growing chain of bakeries that in some locations double as cafés, reminds us what bread should taste like. Roladin’s 25 stores across the country sell craftsman-baked breads, including speciality loaves like sourdough. Cakes, often victim in Israel to the frozen-then-baked-off travesty, are prepared with fresh, natural ingredients. In those places where Roladin has cafés, you can get excellent breakfasts, sandwiches and light lunches. The quiches are probably the best in Israel.

Meat restaurants in Israel often prove pretty unimaginative, serving up cuts of meat cooked on the open grill with standard flavorings. Despite its slightly pretentious feel — fitting to the upscale suburb of Herzliya, where it is located — The Meat & Wine Co. is worth a visit if you are looking for something a bit different. It is one of a small international group of steakhouse restaurants started in South Africa, and has branches in Australia, Bahrain, the Middle East, South Africa, Mozambique and the United Kingdom. Run by two successful South African restaurateurs, the restaurant prides itself on serving meat that is aged correctly. The flavorings are subtle, and represent a welcome break from the heavy-handed application of dill and garlic in many Israeli restaurants.

Another meat eatery covering new ground is well off the beaten track, in the tourist-free lower Galilee town of Yokneam. Tandoka is an impressive high-ceiling building in the historic center of the town. The menu is imaginative and includes, for first-course, tempura, Carpaccio beef, cured fish and a posh twist on falafel. Main dishes include short ribs and veal.

The food presentation is chic verging on the artistic, the service is unusually good and the staff knows a lot about the food. The ambiance is very relaxed. As you would expect from the restaurant’s location, close to major vineyards, the wine list is extensive.

For a truly unusual lunch or dinner, head to the ruins of Caesarea Maritima, a city and harbor built around 25 BCE by Herod the Great. Right in the heart of the ruins, and worth visiting for its historical interest, is a restaurant called Aresto that serves innovative fish meals, such as tuna steak with maple syrup, and excellent pasta, pizza and salads. Pick the right table during the day, and you will be looking out on the ruins. At night, a walk through the illuminated ruins to the restaurant feels like you’re entering a fairytale.

The nearby modern Caesarea is one of the most desirable places in Israel to live. It is where the Russian oligarchs competed to build the biggest house. And you would never guess where the young trendies hang out — at the gas station.

One of the hippest restaurants in this hippest of towns is located at a gas station on the outskirts. Agenda is very popular because it is three things in one — a top-notch sushi joint, a dairy and fish restaurant, and a bar known for its quality cocktails and good on-tap beers. It is also popular because it is cool but not well known, and because it is open 24 hours (though closed on the Sabbath).

A Bounty of Hidden Gems