Recalling Guns of August and Israel 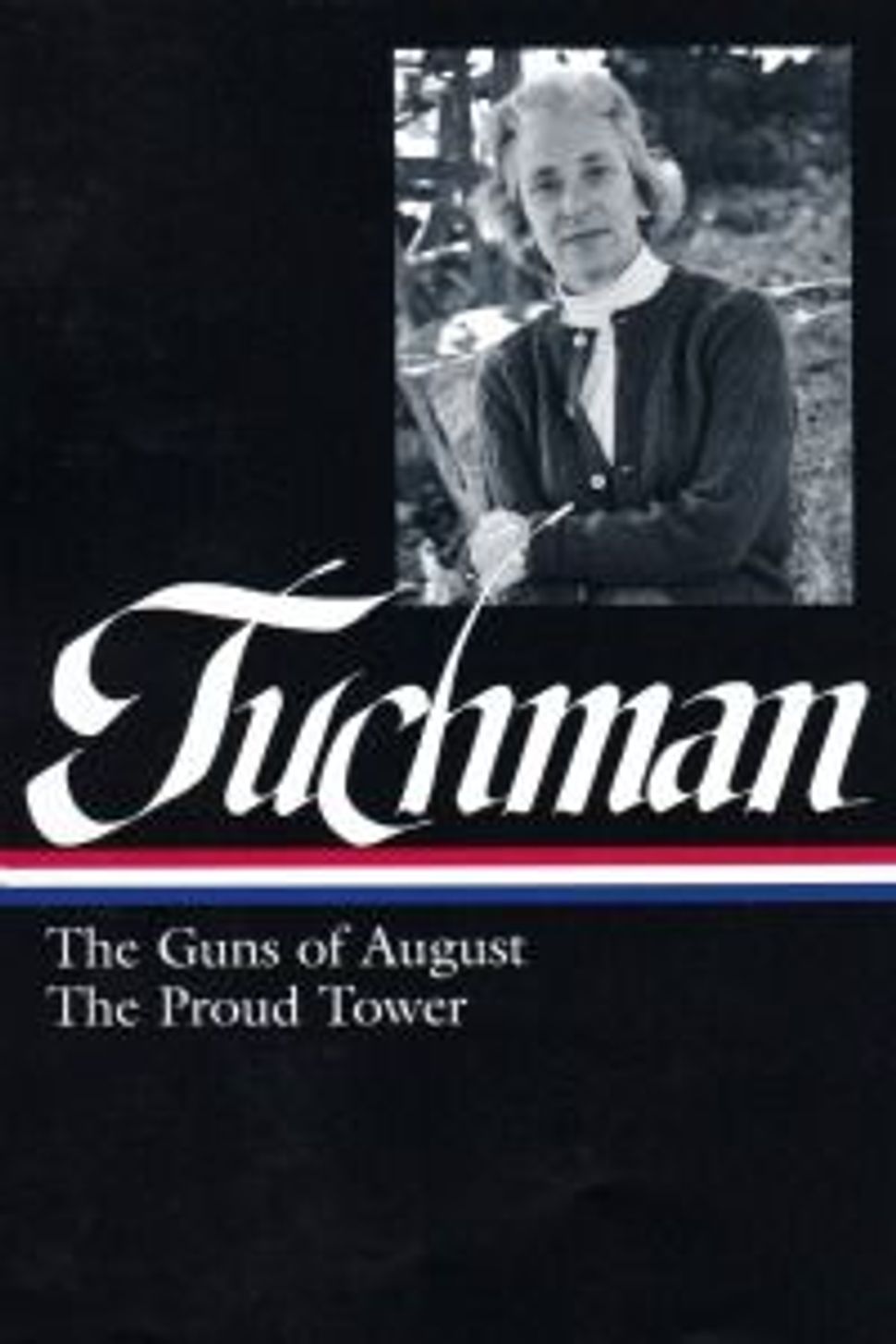 Born 100 years ago on the Olympian heights of Manhattan’s Upper East Side, her uncle, Henry Morgenthau, served as Franklin Roosevelt’s secretary of the Treasury, while her father, Maurice Wertheim, a successful investment banker, was on the War Production Board. Barbara Tuchman’s professional destiny seemed tied even as a toddler to the event that launched her professional reputation. 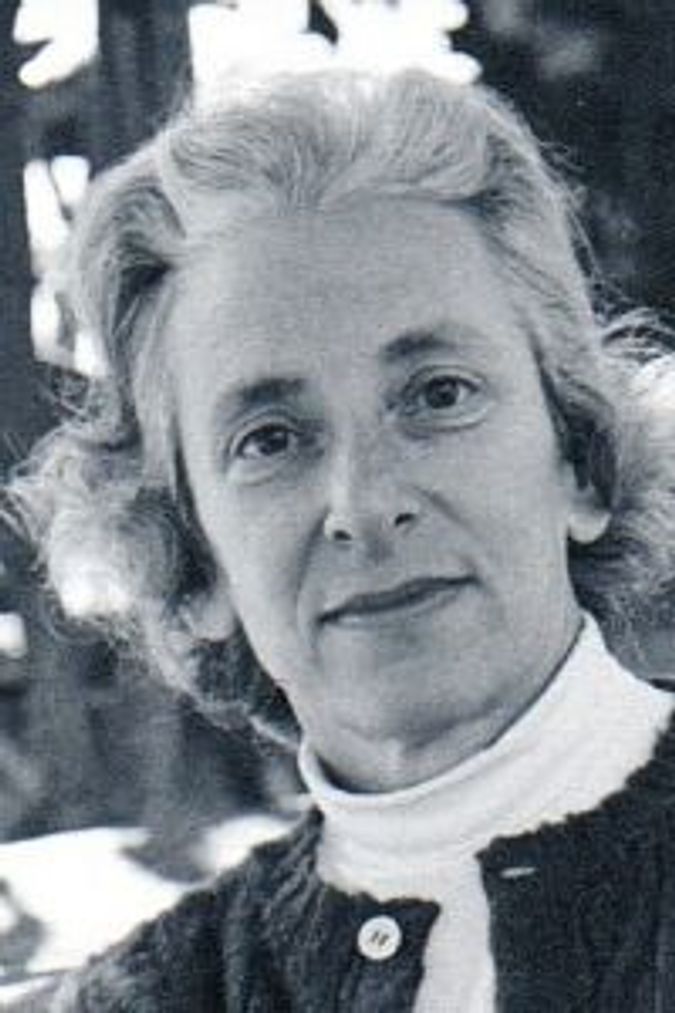 In August 1914, at the ripe age of 2, she witnessed one of the opening shots of World War I. Tuchman was traveling with her parents on a passenger ship bound for Constantinople to visit her grandfather, Henry Morgenthau Sr., the American ambassador to the Ottoman Empire. From the deck, her family suddenly glimpsed the smoke of gunshots fired by British cruisers in pursuit of the German warship Goeben. Outrunning the British navy, the warship arrived safely in the Dardanelles and was instrumental in leading the Turks to join Germany in the war. “Never,” wrote Winston Churchill, looking back on the event, had “more slaughter, more misery and more ruin… before been borne within the compass of a ship.”

Tuchman quotes this line in “The Guns of August,” her account of the first month of World War I, which the Library of America will reissue in March. The book won critical and popular acclaim, climaxing with the Pulitzer Prize for best nonfiction work in 1962. Though fame came relatively late to this 50-year-old mother of three, it never strayed from her. Over the next 20 years, Tuchman published half a dozen books on subjects that varied widely — ranging from an intellectual history of fin-de-siècle Europe in “The Proud Tower” (also to be re-released) to a sweeping account of life and death (and yet more plague-induced death) in 14th-century Europe in “A Distant Mirror.”

Her later work could be speculative, such as “The March of Folly” in 1984, in which Tuchman looked to past events in order to discern certain characteristics she believed remained constant in man. But she would win another Pulitzer a mere 10 years after her first, this time for “Stilwell and the American Experience in China, 1911–45.” Most intriguing, though, is the book Tuchman never wrote — or, rather, the one she did write, but without the ending she had planned.

In 1956, still an unknown writer with a bachelor of arts degree from Radcliffe College as her sole professional credential, Tuchman published “Bible and Sword.” Several commercial presses had turned down Tuchman’s manuscript before New York University Press gambled on the book. It received polite but limited attention from the critics, and it was only two years later, with “The Zimmerman Telegram” and then “The Guns of August,” that Tuchman made a name for herself.

“Bible and Sword” traces the rich and contradictory relationship between Britain and Palestine. Already surfacing in these pages are the sardonic observations and clipped cadence that would form Tuchman’s signature style. Of the British pilgrims in late antiquity who traveled to the Holy Land, she writes: “Who they were we do not know, but how they went we can be sure. They walked.” But there are also passages where clichés cluster thickly. Nations emerge “out of the fog of prehistory” while voices “crack out like pistol shots,” and individuals “gallop with the bit in their teeth” as anti-Semitism rises “like a black phoenix from the ashes of Napoleonic conquests.”

Tuchman nevertheless skillfully choreographs the movements of the usual suspects — Disraeli, Rothschild, Balfour and Weizmann — while bringing onstage more obscure figures. Most striking are the British missionaries and ministers whose attitude toward a Jewish homeland rehearses the chorus now heard among American evangelicals. They believed, like Lord Shaftesbury, that the Second Advent would be preceded by the return of Jews to the Holy Land. Not only did Shaftesbury envisage, as Tuchman smartly writes, “an Anglican Israel restored by Protestant England, at one stroke confounding popery, fulfilling prophecy, redeeming mankind,” but he also welcomed, with unsettling optimism, the end of time.

The difference between the fiercely religious Shaftesbury and the coolly skeptical Arthur Balfour, the Tory foreign minister who would give his name to the pivotal declaration in 1917 that expressed Britain’s support for a Jewish homeland, was of style, not substance. Balfour was also “deeply infused by the Hebraism of the Bible” and believed, according to a friend, that Christian civilization “owes to Judaism an immeasurable debt, shamefully ill repaid.” But unlike Shaftesbury, Balfour was in a position to act on this conviction — one made all the easier by Britain’s commercial, diplomatic and military interests in the Middle East. 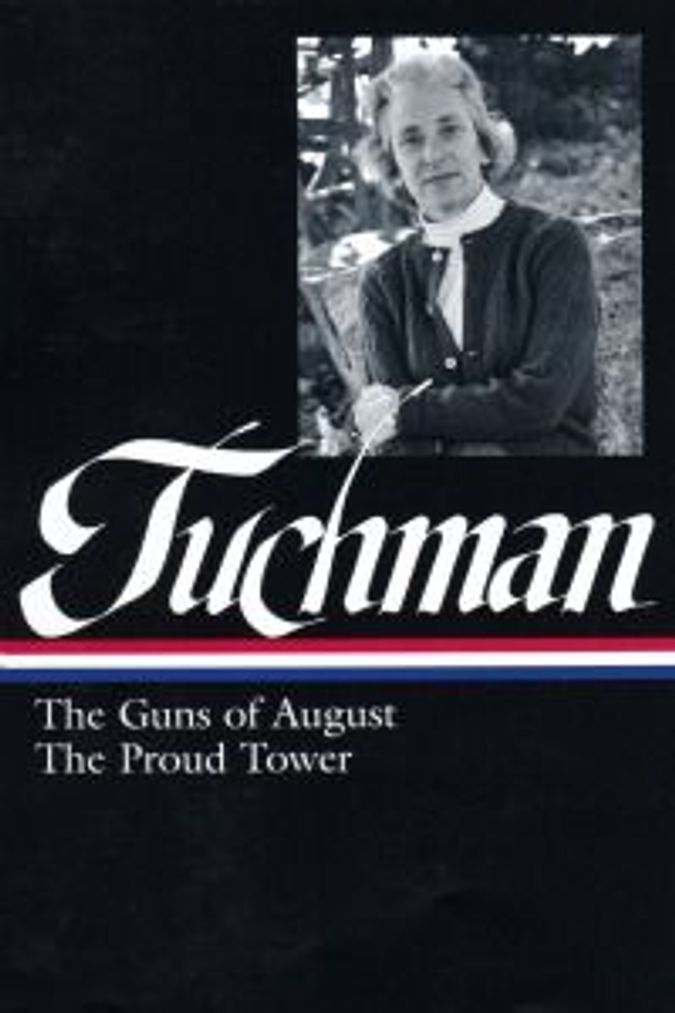 And yet Tuchman ends the story in 1918, even though her original aim, as she wrote, was to bring it as far as the “re-establishment of the State of Israel in 1948.” But as she studied the documents dealing with the British Mandate, Tuchman grew too angry to write. Or, at least, to write well. While some writers, she noted, grow more eloquent as they grow more outraged, “these emotions stunted and twisted my pen.” It was impossible to remain yoked to the plow of historical objectivity when narrating the period of the British Mandate. “I found the tone of my concluding chapter totally different from the 17 chapters that went before.” What to do? “I tore it up, discarded six months’ work and brought the book to a close in 1918.”

Not surprisingly, scholarly objectivity for Tuchman was far easier with subjects like the Black Death or the Entente Cordiale than with Israel, which held a deep and enduring claim on her. But a glance at the occasional pieces she wrote on Israel reveals that she set aside yet other and equally important responsibilities as a historian and thinker. There is, for example, her unsettling position on moral equivalence. In a preface to the 1983 edition of “Bible and Sword,” she has nothing but scorn for “cries of moral outrage abroad as if Israel had introduced something new and horrid into the relations of states and into the affairs of men.” Does this mean, as she seemed to suggest, that old but horrid is okay?

Usually so meticulous, Tuchman also failed to get her facts straight. Americans who have “virtuously denounced” Israel’s settlements in the Occupied Territories, she wrote tartly, seem to have forgotten “how Texas was settled and then annexed when no question of survival was at stake.” Not only is this bad logic, it is also bad history. Setting aside her error in thinking that the Occupied Territories have been annexed by Israel, it is difficult to say which was feebler in Mexican Texas at the time of independence: the size of the indigenous population — which numbered in the thousands — or that population’s identification with the central government.

Tuchman’s two long pieces on Israel — one for The Saturday Evening Post, the other for The Atlantic, bookend the remarkable events of 1967. Much of what she writes in the earlier piece, based on her visit to the country the previous year, is little more than an urbane travelogue. In fact, Fodor’s used it as the introduction to its guide to Israel for several years. Tuchman is clearly under the spell of a vital and flourishing nation poised to defend itself against its many enemies. In her meetings with officers and political leaders, Tuchman conveys their words and her impressions with simplicity and intelligence, revealing the gift of Einfühlung, or historical empathy, that she rightly insisted was central to the historian’s work.

Yet if she met an Israeli Arab or Palestinian, no evidence appears in more than 20 pages of text. There is but one reference to “Arab families and farmers” going about their business” near a settlement in northern Galilee. Perhaps this should not be surprising from a historian who thought that her job was to write about “captains and kings, saints and fanatics… and even occasionally heroes.” Why? Because they are “actors, not the acted upon, and are consequently that much more interesting.” But it is regrettable and leaves one with the sense that, even for this great historian, Einfühlung was not always de rigueur.

Recalling Guns of August and Israel