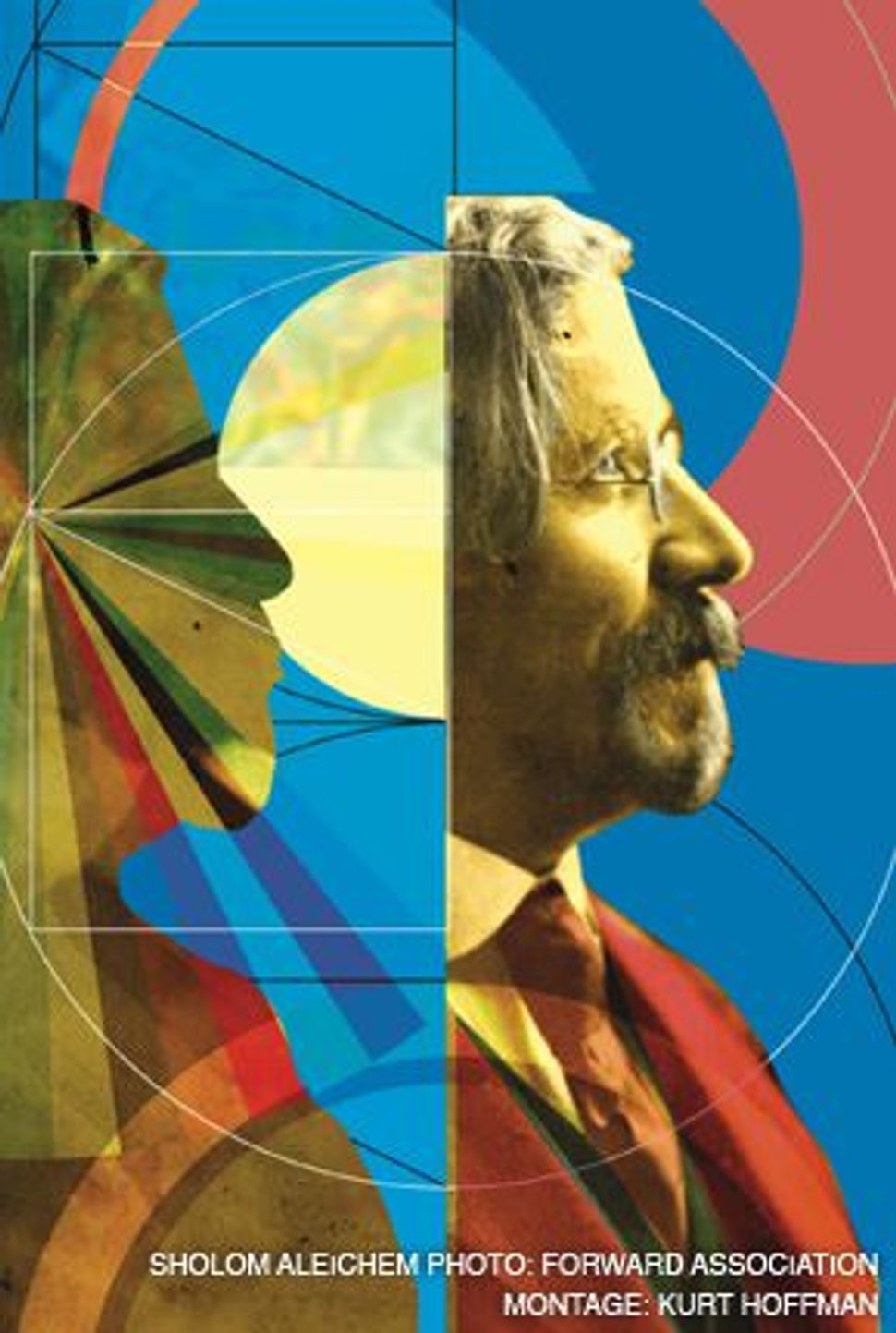 To read an excerpt from a new translation of “Wandering Stars,” click here. 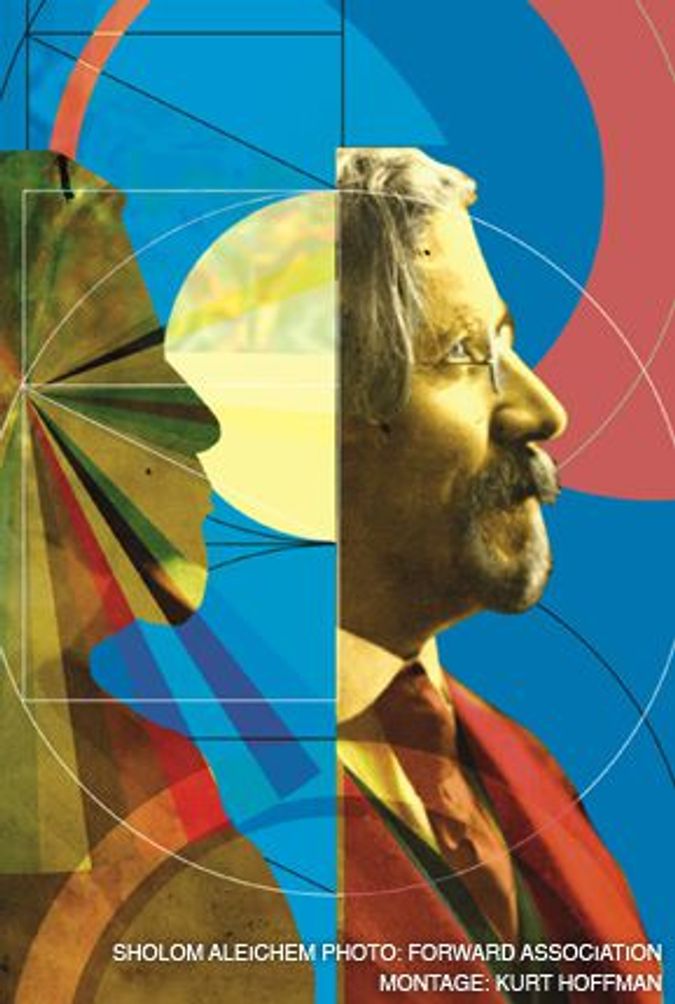 This year marks the 150th anniversary of the birth of Sholom Aleichem. To celebrate the occasion, a number of events have been planned, and several new translations of his work will be released. On February 9, “Wandering Stars,” his novel about the Yiddish theater, will be published by Viking in a new translation by Aliza Shevrin. Two excerpts will appear in this paper over the next month.

Sholom Aleichem can be forgiven for writing stories that often resemble fairy tales, since his own life was one itself. One of nine children in a poverty-stricken Ukrainian Jewish family, complete with an evil stepmother, Sholom Rabinovitch (the writer’s real name) left home when he was a teenager, in search of his fortune. At 16, he took a job tutoring the daughter of a wealthy Jewish businessman. He promptly fell in love with his 13-year-old student. After several years the two eloped, to the businessman’s despair. But shortly after reconciling, his father-in-law died and left Rabinovitch, already the author of several stories under his pen name, a vast fortune.

This windfall allowed him to devote himself entirely to writing — until he lost everything on the Kiev stock market. After this, he spent the rest of his life moving between cities and continents, avoiding his creditors as his fame skyrocketed. His funeral, attracting more than 100,000 mourners, remains the largest in New York City history. With a biography like that, it’s hardly surprising that his stories tend to be larger than life — and “Wandering Stars” takes its readers on a wild ride indeed.

“Wandering Stars” is one of several novels by Sholom Aleichem that directly address the peculiar challenges of the Jewish artist. Judaism is a culture highly ambivalent about art, and the prohibition against graven images is merely the most obvious expression of this discomfort. More significant is the looming role of the Creator: One of the premises of Judaism is a constant awareness of the limitations of human creativity, quite the opposite of modern secular Western attitudes, which often revere art as sacred or even redemptive.

As Jewish culture first confronted modernity in the 19th century, the ambivalence of its emerging artists — those tugged back toward traditional life, those enraptured by the gentile world of high art, those inspired to invent a uniquely Jewish creativity and those merely hoping to get rich from everyone else’s fascination — was ripe for satire. In his novels “Stempenyu” (about a brilliant musician who performs only at weddings) and “Yosele Solovey” (about a cantorial prodigy drawn to the opera), Sholom Aleichem shows how Jewish talent was trapped in a traditional world; then he shows how the yearning to escape the Jewish sphere leads to an equally debilitating trap of exploitation.

“Wandering Stars” begins with a disappearance. Two teenagers in the Bessarabian shtetl of Holeneshti — one the daughter of a poor cantor, the other the son of a wealthy businessman — go missing from their homes on the same night. The town’s gossips soon realize that the youngsters’ departures coincided with the night that a traveling Yiddish theater troupe, the first that backwater Holeneshti had ever seen, finally left town. And thus, Sholom Aleichem launches a story that spans years and continents, traveling with the aspiring actors’ performances and quests to Bucharest, Vienna, London and New York as they search for each other after competing theater troupes separate them, as their families chase them and as they redefine what it means to be a Jewish artist in Europe and America.

As befits a culture highly uncomfortable with the idea of art, Yiddish theater evolved in the 19th century not only from non-Jewish models, but also from inherently religious Jewish precedents, including Purim plays and cantorial performances. The two young stars in Sholom Aleichem’s novel come from precisely these traditions. Leibl Rafalovitch, the son of Holeneshti’s wealthiest man, becomes enthralled by the theater when the traveling troupe begins performing in his father’s rented barn, and his own talents come to the director’s attention when he performs part of a Purim shpiel.

The other young performer is Reizel, the cantor’s daughter who has inherited her father’s vocal talent. Both actors change their names and abandon their pasts as they chase success, indentured to theater troupes run by charlatans, womanizers and thieves. But while the cantor’s daughter wins fame in the gentile theaters of Vienna, London and New York, the rich man’s son’s greatest achievement is his performance of “Uriel Acosta” — an actual play from the Jewish repertoire. The play dramatized the life of a famous Dutch-Jewish heretic who must choose between his beliefs and the community that claims him. As actor chases actress across the world, trailed by traditionalists and cornered by hucksters while endless hi-jinks ensue, Sholom Aleichem subtly asks readers whether art offers people a frivolous escape or a route to redemption — and he refuses to answer his own question.

We tend to judge literary works written in other languages or during other eras by our own standards, forgetting what readers of the original preferred and expected. It is often said that humor is the most salient feature of Yiddish literature, but in fact the real hallmark of this literature is something quite disdained by today’s critics: earnestness. Sholom Aleichem was a sophisticated writer whose wordplays and subtle ironies rarely survive translation, particularly translation that indulges the reader’s expectations of nostalgia and kitsch. Yet, one thing that translation captures is Sholom Aleichem’s willingness to openly recognize the beauty and power of emotions that modern English readers would dismiss as melodrama. The writer understood that Jews of every persuasion, despite their overdeveloped critical abilities, tend to be secret sentimentalists, their brains ashamed when their hearts are moved. When reading this translation of “Wandering Stars,” the reader is best advised to set aside the English part of his brain and to cast off any shame for his Jewish heart.

The excerpt to the right describes the “discovery” of Reizel’s talent after Albert Shchupak and Sholom-Meyer, respectively the director and producer of the traveling troupe in Holeneshti, overhear the young woman singing in the street. Drawn by her skill (and by more lascivious motivations), they follow her home for dinner, hoping to flatter Yisroyeli, her cantor father, into giving her up. This passage demonstrates the easy overlap between religion and performance, and the innocence of Jews never exposed to the theater’s glamour or its seamier side. But what shines most brightly is the author’s affection for these innocents — and his appreciation for the inherent artistry in the Jewish tradition itself.

Dara Horn received a doctorate in Yiddish and Hebrew literature from Harvard University in 2006. Her third novel, “All Other Nights” (W.W. Norton), will be published in April.