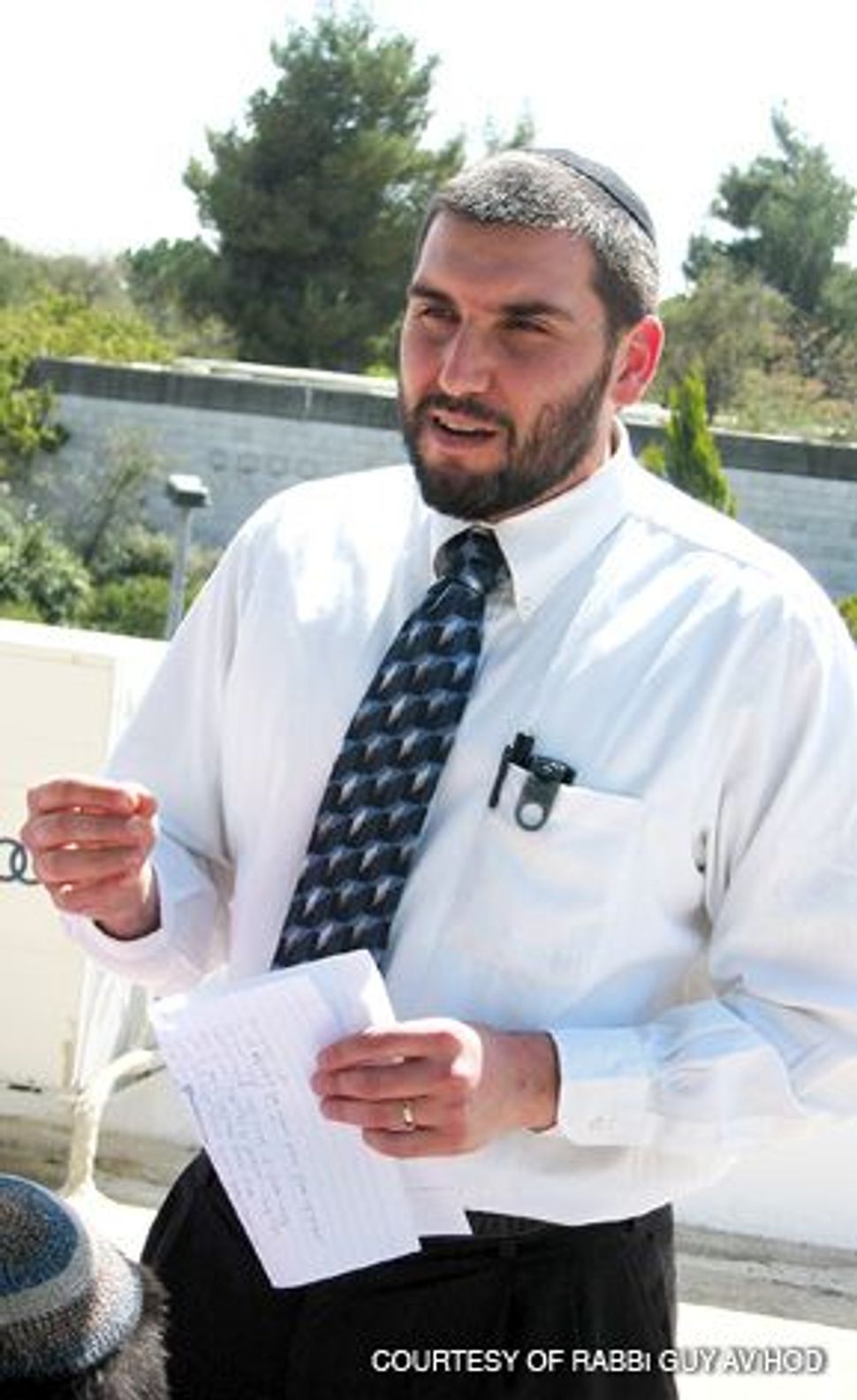 It’s about 1:30 on a weekday afternoon, an hour before the students in the beit midrash, or study hall, will be dismissed. At a table strewn with books, notebooks and pens, young men are listening, chatting, smiling and scribbling. A tad more chaotic than a typical beit midrash, but the rabbi at the table doesn’t seem to mind. Neither does the program’s director, who is high five-ing any student in his path. 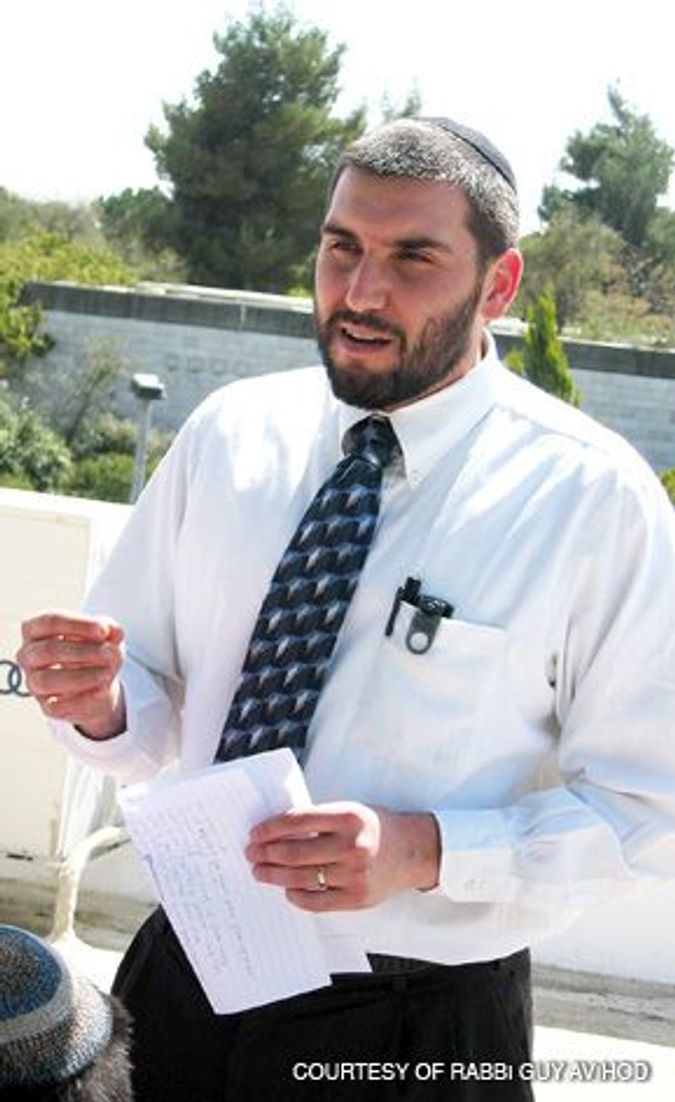 Such is the joyous cacophony of Shaf Yativ, a Jerusalem-based educational program that began in March 2008 and uses ancient texts and counseling to help Modern and ultra-Orthodox men who have suffered through mental illness find purpose, community and a path to optimism.

The program’s name is meant to convey hope, explained program director Rabbi Guy Avihod, 33. Avihod spent his youth in California and received his rabbinical ordination from former Sephardic chief rabbi Mordechai Eliyahu. “Shaf Yativ was the name of a Babylonian synagogue that was destroyed and then rebuilt with stones from the Temple in Jerusalem,” Avihod said. “And that is what we are doing — using holiness to rebuild holy lives.”

The impetus to create the program comes from Jerusalem’s health ministry, as does much of the program’s funding. Since many parents in ultra-Orthodox families refuse to allow their children to participate in programs that include nonreligious Jews, mental-health coordinator Michal Cohen has been trying, for years, to form treatment and rehabilitation programs that would be acceptable to ultra-Orthodox families. Cohen approached Udi Marili, a Modern Orthodox mental-health professional, to brainstorm, and Marili decided that the structure of a beit midrash would appeal to parents and students. “Learning in a beit midrash gives parents pride in the program and gives us a structured environment from which to work with the men,” Marili said.

Marili knew Avihod from a Talmud class the latter teaches. Although Avihod has no formal training in mental-health rehabilitation, his genuine love of people quickly became apparent to Marili, who had previously been working at a juvenile halfway house for boys who come from religious homes and had committed crimes. Avihod and Marili consulted with rabbis and mental-health professionals in order to build the program. The students at Shaf Yativ range in age from 20 to around 40, and spend about 18 months in the program. Before the program was developed, Cohen said, many stayed in bed all day, at home or in hostels for the mentally ill. Some had been in university, yeshiva or the army, but had suffered a breakdown. Others had dealt with mental-health issues all their lives. “Eliezer,” 28, suffers from bipolar disorder and attention deficit disorder. He went into crisis about four years ago, and his counselor at the health ministry recommended him for Shaf Yativ’s program almost as soon as it opened. Eliezer said that what he cherishes most are his once a week learning sessions with a staff social worker, because they give him an opportunity not only to study, but also to open up about what is going on in his life. “Before, I jumped from job to job, and now I have been in the same position, retail sales, every afternoon, for three months,” he said proudly.

Another student suffered a breakdown after serving in the army and was nervous about going to a reunion. Avihod, who is known as Rav Guy to his students, encouraged him to write to his commanding officer and tell him how much he meant to him during his years of service. The officer wrote back, thanking him for the letter — and the student went confidently to the reunion. “I told him to call me if he got nervous; all the students have my home number. But I didn’t hear from him until the next class day, when he told me how glad he was he got up the courage to go,’’ Avihod said.

Students range from Modern Orthodox to Hasidic, and Avihod expects many more Modern Orthodox men to join, now that the program will be partnering with the army to help soldiers affected by post-traumatic stress disorder. A day at Shaf Yativ consists of classes, *chavruta *(partner based) study and enrichment programs. “We’ve devised a varied program where the Torah and classes are a tool for rehabilitation,” Avihod said. Recruiting is done through the health ministry, word of mouth, advertising in Haredi papers and contacts at hostels for the mentally ill.

The program is geared toward students who have a full range of disabilities, including schizophrenia, obsessive compulsive disorder and paranoia. Very often, Marili said, people with such disabilities have trouble connecting with others, but many of the program’s participants have established friendships, often for the first time. And the structure created in the students’ lives has also improved their relationships with their parents, who admit to the staff that they have been ashamed of having a child with a mental illness.

Even the building, in the center of Jerusalem, was chosen with care. “The location is key,” Avihod said, since neither the neighborhood nor the building is affiliated with a specific religious movement.

There are now about 20 men in the program. Avihod’s goal is to have a maximum of about 35 participants at any one time. Recently, Avihod has been approached to expand Shaf Yativ to other cities and to create a similar program for women.

Asked whether he thinks it would be hard to replicate the program elsewhere, Eliezer, nearing completion of his stay, said he thinks one aspect of the program is easily transported. “One thing stays constant here,” Eliezer said. “There’s always a positive vibe in the building.”