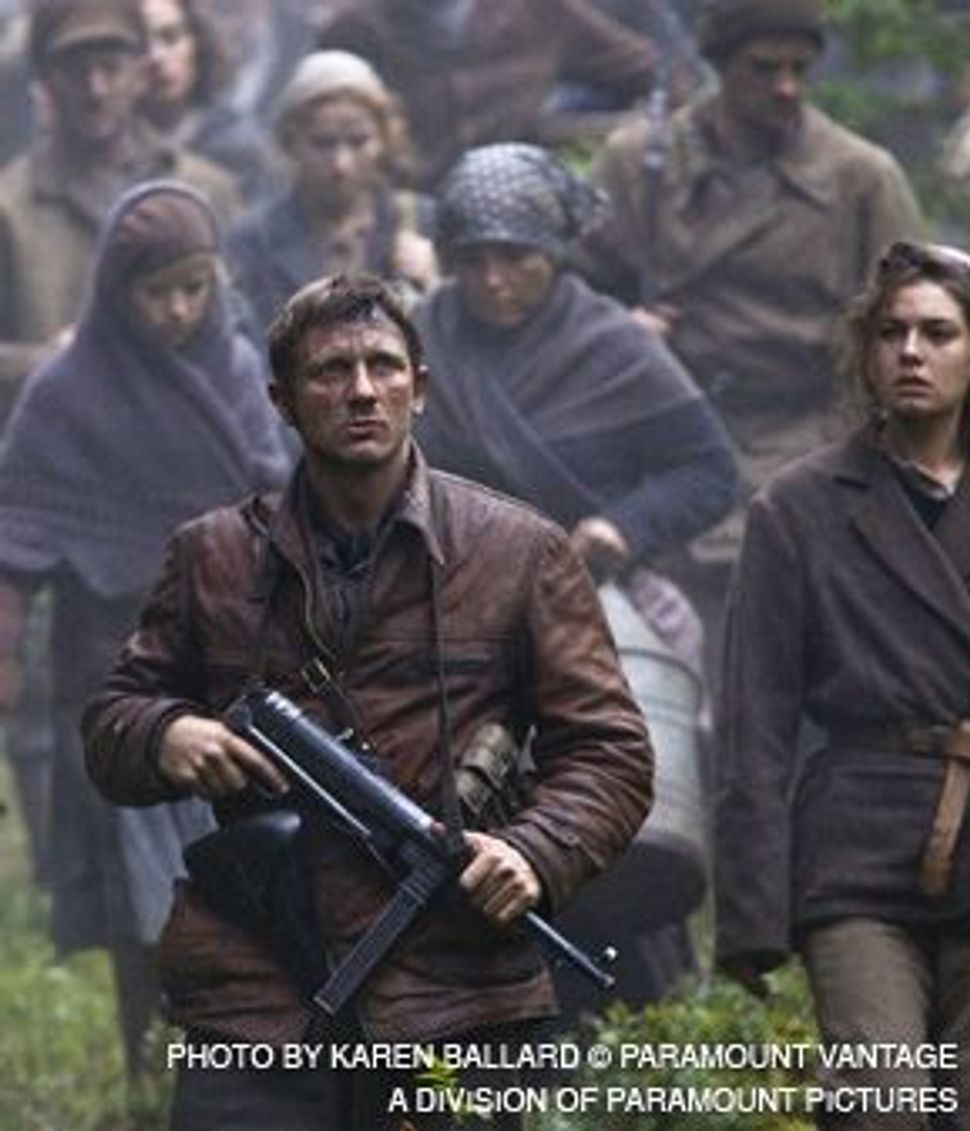 STAR POWER: The film ?Defiance,? featuring Daniel Craig, was inspiration for new educational materials that teach students about Jewish partisans who fought back during the Holocaust.

High-school history instructors don’t normally find themselves on Hollywood guest lists, so filmgoers with better inside connections might have been surprised recently by the teachers’ presence at advance screenings of “Defiance,” the Holocaust drama that opened nationwide January 16 and stars James Bond actor Daniel Craig. 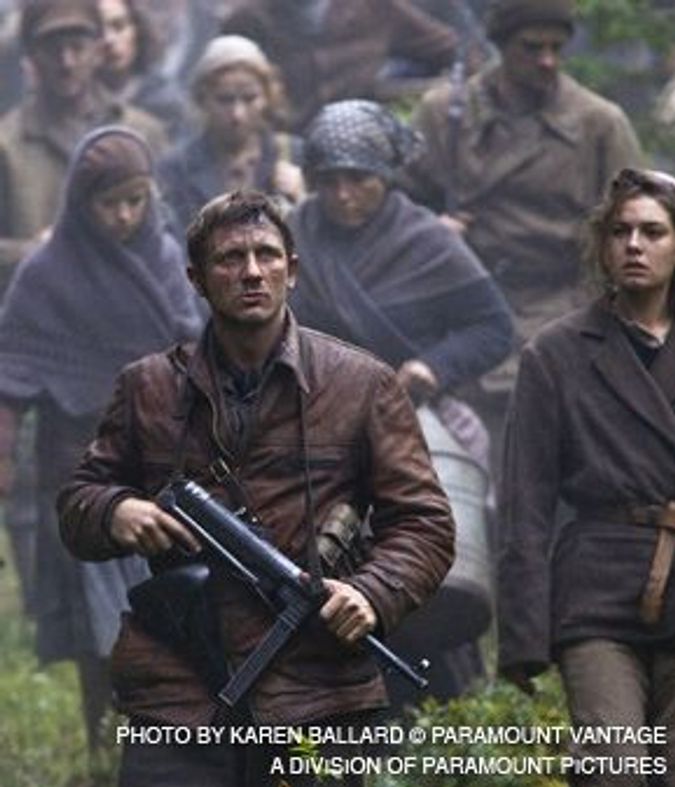 STAR POWER: The film ?Defiance,? featuring Daniel Craig, was inspiration for new educational materials that teach students about Jewish partisans who fought back during the Holocaust.

But the film’s preview audiences, like the genre-altering movie they were seeing, had been put together with a specific purpose in mind: to help overturn popular conceptions about Jewish victimization and passivity during the Holocaust. Supplemented by a newly designed curriculum distributed to teachers around the country, “Defiance” has already entered classrooms in Jewish and non-Jewish schools alike, serving as source material for lectures and discussions about history, memory and ethics. Prepared with the help of the filmmakers themselves, the material is being disseminated for free by the Jewish Partisan Educational Foundation, a San Francisco-based group that seeks to challenge traditional ideas about the Holocaust with stories of Jews who fought back against the Nazi slaughter.

“I was really taken by the story of the partisans, because my education — including my Jewish education — did not include anything about them,” JPEF’s director, Mitchell Braff, said of his decision to found the organization in 2000. “It was very inspiring and empowering to me that the story of the Holocaust is not only about victimization.”

Further south in California, similar thinking inspired filmmakers Clay Frohman and Edward Zwick, the latter an Oscar winner for producing “Shakespeare in Love,” to write their own screenplay about the subject. The resulting film, “Defiance,” tells the real-life story of the Bielskis, three Jewish brothers who saved themselves and 1,200 other Jews while fighting Nazis and their collaborators in the forests of what’s now Belarus. Co-starring Liev Schreiber, the film depicts its Jews not as noble victims, but as brave, canny warriors — a genuine twist by the standards of other Holocaust movies.

“It’s a necessary historical redress to what we thought we knew about European Jewry — that everyone suffered in the camps,” said Frohman, whose father helped to liberate three concentration camps when he was a U.S. Army soldier during World War II.

In addition to clips from the movie, JPEF’s new curriculum features a study guide with input from Frohman, as well as photographs, maps and recommendations for documentaries and additional readings that students can use to deepen their learning.

“The study guide they created is great,” said Sophia Sapozhnikov, a teacher who is using the material as part of a yearlong Holocaust studies course she teaches at the Bronx High School of Science in New York City. “The students were very much interested in seeing the film, and I think there will be good discussions about the questions raised in the guide.”

While skeptics might be tempted to dismiss the project as merely part of the movie’s marketing campaign, Sapozhnikov described the study guide as thought-provoking and well-structured. Its inclusion in the classroom has been endorsed in New York City by the Association of Teachers of Social Studies/United Federation of Teachers, and nationwide it’s being recommended by JPEF partners, including the United States Holocaust Memorial Museum, the Anti-Defamation League, B’nai B’rith’s Jewish youth organizations and the Jewish Education Service of North America. As with the rest of the classroom material that JPEF produces, Michael Berenbaum, former director of the United States Holocaust Research Institute, vetted it, Braff said.

Although students may be more interested in the material because of the movie’s recent release — and perhaps because Craig’s famous face adorns it — Sapozhnikov said she plans to teach it in the future, and that she can readily imagine using it for more than the three days her class schedule allowed during the present school year.

While Frohman acknowledges that “Defiance” is principally entertainment — “it is a Hollywood product” — she nevertheless hopes it can be used to highlight the experiences of Jewish partisans for wider audiences, praising the film’s accuracy and attention to historical detail.

“Given the nature of education today, I know this movie will probably be the authoritative account of Jewish partisans for some time to come, and I think JPEF will be able to use it to expand knowledge, and also to get people to read more about the subject,” he said.

For Frank Blaichman, one of the 20,000 to 30,000 Jewish partisans not involved in the Bielskis’ “Jerusalem in the forest,” the initiative could prove helpful in generating greater awareness about stories like his own, which is featured on the JPEF Web site.

“Many people have thought that the Jews didn’t fight back,” said Blaichman, now an 86-year-old New York City resident who battled the Nazis and met his wife — also a Jewish partisan — in Poland. “Unfortunately, not too many had the ability to do that. But we fought the Germans face to face, and also Polish fascists who were hunting Jews. We fought for our families, and we survived with honor and dignity.”