Truth Seekers: The Pursuit of Math 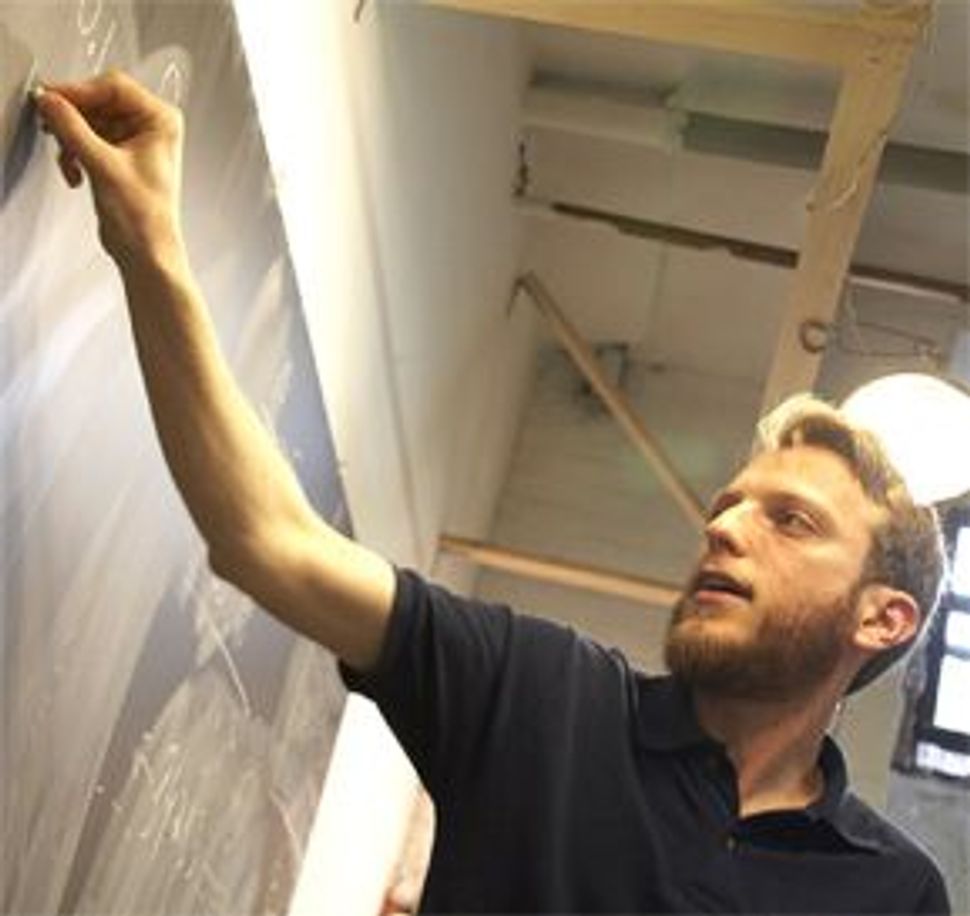 LOGICAL THINKING: Avital Oliver, above, created a group in which participants, below, study math for math?s sake.

At the age of 25, most New Yorkers would think twice before spending $500 a month to finance an informal school of mathematics, especially in these times of economic uncertainty. But in mathematical terms, Avital Oliver would be called a statistical outlier. After deciding that he needed time away from academia, yet still finding himself drawn to the beauty of mathematics, the Brooklyn resident created a space where people could do math for math’s sake — with no tests and no pressure to become the next awkward genius. 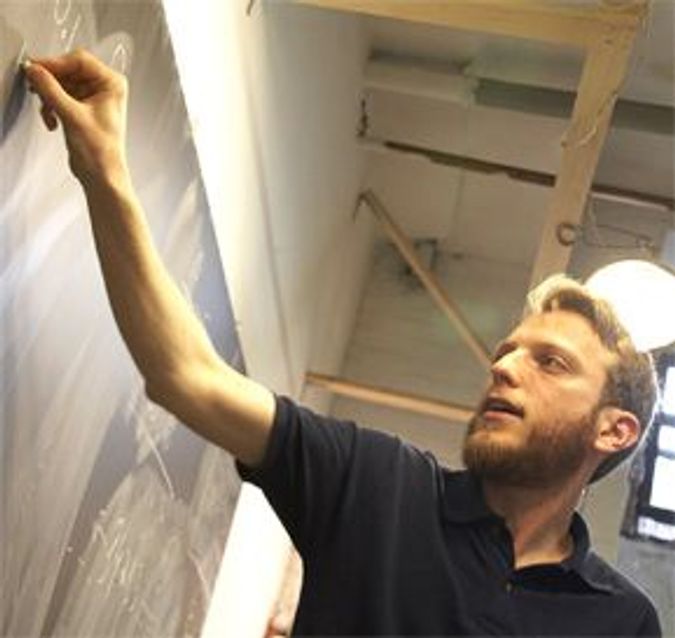 LOGICAL THINKING: Avital Oliver, above, created a group in which participants, below, study math for math?s sake. 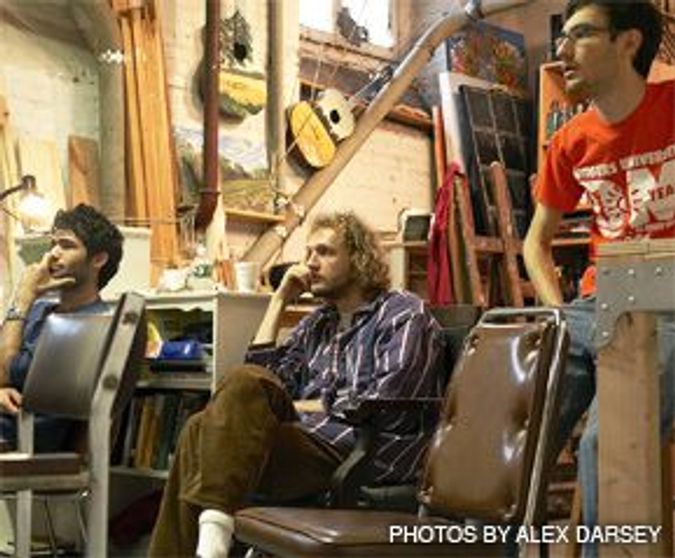 The school is housed in a warehouse on a quiet street in the Fort Greene neighborhood of Brooklyn, not far from the Brooklyn Academy of Music. The building contains artist studios and musical practice spaces, and the atmosphere agrees with Oliver, who shares his one-room space with painters currently traveling in Italy.

Before a recent session, Oliver talked about the way he saw math-study as similar to the way that Jews pursue Torah lishma, the study of Torah for its own sake. He resists the idea that before doing mathematics, one should justify its importance. It should be pursued for its own truth, Oliver maintains, not as a way to build a better rocket or compute stock losses.

“When math was born in 600 B.C., it was a spiritual pursuit,” Oliver said. “The word ‘mathematics’ means ‘the study,’ and the Pythagoreans got together to study a certain form of religion and math. They would speak of the gods and the deeper meaning of numbers. Now, people see math as a technical thing, the manipulation of symbols, but it’s not that at all; it just seems to be that on the surface.”

Every Saturday, starting at 11 a.m., Oliver guides informal discussions over Turkish coffee and bagels. Each class is fully self-contained, so one need not make any commitment of attendance. The sessions begin from such questions as, “We know that a negative number times a negative number is a positive number, but what does it mean, exactly, to multiply a negative number?” The participants don’t use calculators or take notes.

The group draws from the geographically diverse populations around downtown Brooklyn. The special knowledge that Russian saxophonists, Israeli bankers, Nigerian photographers and Las Vegas academics bring with them makes the conversation incredibly rich.

A recent enthralling discussion, which lasted for an hour and a half, considered the true meaning of the decimal point.

The dynamic of the class is not one that separates student and teacher, because Oliver regards everyone who comes as both. He challenges participants to embrace “the naive perspective.”

“What kinds of ideas would we come up with if we knew nothing about formal mathematics?” Oliver asked. At one meeting, the class built a model out of wood and rope to try and understand the truth of AB=BA.

The early years of Oliver’s life were spent in Beverly Hills, Calif., attending a Montessori school, which he credits for training him to follow his curiosity. When Oliver was 10, his family moved to Israel. He remained there, earning both his Bachelor of Arts and Master of Arts degrees in mathematics from Bar-Ilan University. He completed his Israeli army service, and in 2007 he became a visiting scholar at Rutgers University.

Oliver said that time spent in the desert in Israel enhanced his mathematical thinking, because the open space provided a good environment to think abstractly.

“Mathematics may start out in specifics,” Oliver said, “but it very quickly moves to ideas that do not relate to concrete things in the world. In the desert, where the space is vast and from a certain removed perspective, apparently unchanging, one can better consider the profound nature and truths in mathematics.”

Given that wide-open spaces in New York are nearly impossible to come by, Oliver re-creates the desert in the structure of the discussions, giving the widest possible degree of latitude to the conversation. He gets as much joy out of surrendering the chalk as conventional teachers get when their students come up with efficient proofs.

And when the school outgrows the small artist space in which it is currently housed?

“Then someone will have to open a new place,” Oliver said excitedly. “My hope is that just like you can find a yogurt shop and a yoga studio in every neighborhood, you will also know that there is a place where you can go and talk about math.”

Truth Seekers: The Pursuit of Math