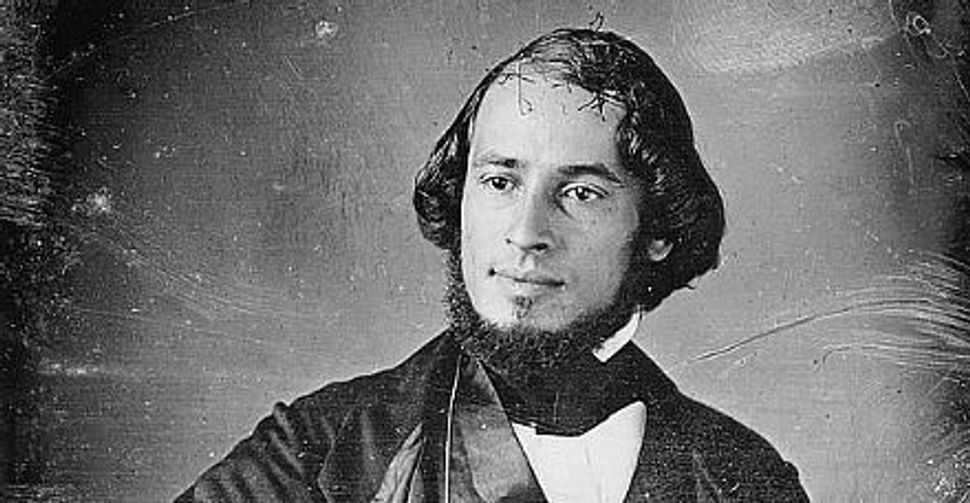 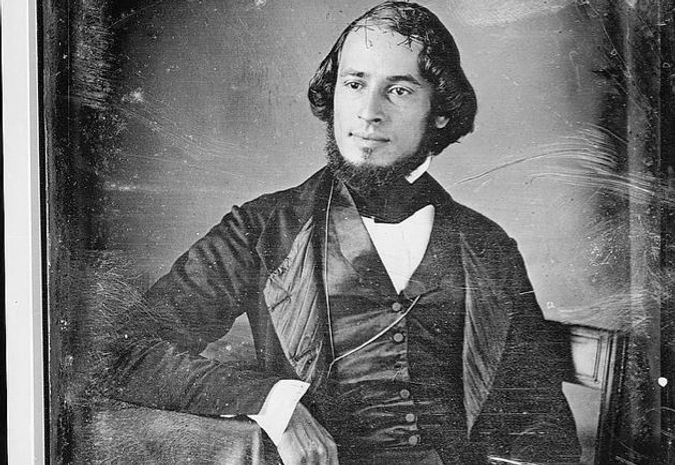 Innovative Photographer: Solomon Carvalho had a reputation as a daguerreotype innovator, having developed a method of glazing and preserving daguerreotype surfaces Image by Library of Congress

In 1853, Solomon Nunes Carvalho set out on the fifth and final expedition of explorer John Charles Frémont through the Rocky Mountains, in search of a westward railroad route to California along the 38th parallel. Carvalho, an observant Sephardic Jew born in Charleston, S.C., had never imagined himself an explorer.

He was an artist — primarily a portrait artist — who had expanded his studio to include daguerreotyping, an early form of photography that captured images on a silver-coated plate. According to critic Bertram Wallace Korn, in joining the expedition, Carvalho became “the first official photographer to be appointed to the staff of an exploring party anywhere in the world.” Recent interest in this historic moment has been underscored by Robert Shlaer’s 2000 book, “Sights Once Seen,” in which he retraces Carvalho’s trip, and the film of Brooklyn-based director Steve Rivo on his forthcoming PBS documentary, “Carvalho’s Journey.”

The expedition, which began in September 1853 and ended in February 1854, was a failure; the group, which included guides from the Delaware and Wyandot Native tribes, became stranded in the mountains in deep winter and suffered frost exposure, starvation and illness. They abandoned their journey at Rabbit Valley, Utah. Carvalho himself lost 60 pounds and was eventually nursed back to health by a Mormon family in Parowan, Utah. Carvalho’s journal, published in 1856 under the title “Incidents of Travels and Adventures in the Far West,” provides the only extant account of the ill-fated journey.

A naturally curious spirit, Carvalho had a reputation as a daguerreotype innovator, having developed a method of glazing and preserving daguerreotype surfaces. It is this reputation that presumably brought Frémont to seek him out to record images of the journey. Frémont’s hunch was correct: While the chemical compound for daguerreotypes at the time produced images only at room temperature, Carvalho successful remixed the chemicals to enable him to work outdoors and at sub-freezing temperatures.

Sadly, his panoramic, pioneering daguerreotypes of Western landscapes, described extensively in the narrative and painstakingly preserved throughout the arduous journey, were brought to California by Frémont while Carvalho was convalescing in Utah. They are believed to have been destroyed in a fire, with only one image surviving.

Carvalho, who was 38 and a father of three small children when Frémont initially approached him, recognized the absurdity of his decision: “A half-hour previously, if anybody had suggested to me, the probability of my undertaking an overland journey to California… I should have replied that there were no inducements sufficiently powerful to have tempted me.”

Much like the contemporary stereotype of the urban Jew ill-suited to life outside the big city, Carvalho describes his shortcomings with self-deprecating humor. Upon purchasing his first horse, he acknowledged:

I had never saddled a horse myself. My sedentary employment in a city never having required me to do such office; and now I was to become my own ostler….

This shaky beginning foreshadows misadventures to come, such as his efforts to mobilize a mule on the snow-covered mountains: “I have reached it, and at the moment I think I have him securely, he dashes away at a full gallop, pulling me after him through the snow; perfectly exhausted, I loose my hold; my hands lacerated and almost frozen. I lie breathless on the icy carpet.”

Still, Carvalho worked hard to adapt to the life of the horseman. When the group embarked on a buffalo hunt, Carvalho joined in. Instead of selecting a desirable cow as prey, he accidentally shot a bull, and chased it 5 miles from camp. After fatally wounding the animal, Carvalho contemplated the meaninglessness of the hunt: “I approached the monster that had given me such a fright, when he turned his large black eyes mournfully upon me, as if upbraiding me with having wantonly and uselessly shot him down.” Even upon returning to camp, his Native guides accused him of fabricating the story of the kill, because the buffalo was too far away to be retrieved and he had failed to cut out its tongue as proof.

Despite his well-documented piety and lifelong commitment to Jewish community service (he helped found the Hebrew Benevolent Society of Los Angeles immediately after the adventure), Carvalho the horseman never mentions his religious identity in his text. Admittedly, circumstances of the journey forced him to abandon many religious practices; he and the rest of the group had no choice but to eat horse, game and anything else that would sustain them.

On closer examination, though, Carvalho’s Jewish orientation becomes evident. Describing how horses were killed and eaten, he noted: “When an animal gave out, he was shot down by the Indians, who immediately cut his throat, and saved the blood in our camp kettle. (The blood I never partook of.)” This aversion to blood could be a reference to the removal of all blood from slaughtered animals under kosher laws.

Carvalho’s reticence about his Jewish identity becomes more curious after he is rescued in Utah, and spends time with early Mormon leaders, including Governor Brigham Young. Though he comments extensively (and often positively) on many of their religious beliefs — and criticizes the practice of polygamy — he does not refer to his own religious identity. Indeed, he even compares Mormon practice with Judaism and quotes Scripture without noting his affiliation: “They wear an under-garment with distinctive marks upon it, in imitation of Jews, ‘who all wear fringes on the borders of their garments, that they may look upon them and remember the commandments of the Lord to do them.’ — Deuteronomy.”

It’s possible to speculate on Carvalho’s reasons for staying silent on his religious identity, even when the deeply-personal narrative invited openness. One possible explanation is that he wrote the book, at least partially, in support of Frémont’s presidential bid (his descriptions of Frémont throughout the text are unapologetically gushing) and he may have felt that it benefited his political agenda to remain religiously neutral.

Following his adventure with Frémont, Carvalho and his family continued to thrive. He worked as an artist as long as his health would allow (in 1865 he painted a well-known portrait, “Abraham Lincoln and Diogenes”), and he achieved financial success by pioneering a new process for hot-water heating. After traveling to Martinique, he completed a travelogue titled “Rambles in Martinique,” published in Harper’s Magazine in 1874. His youngest son and namesake, Solomon Solis Carvalho, born after the Frémont expedition, emerged as a leading executive in William Randolph Hearst’s media empire, and many critics believe him to be the inspiration for the character of Mr. Bernstein in the film “Citizen Kane.”

Perhaps if the expedition had been a success, or if the daguerreotypes hadn’t been lost, or if the narrative had been a best-seller, or if Frémont had become president, or if the heating company that bore his name still existed, then Carvalho would today be considered a Jewish Benjamin Franklin — innovator, adventurer, nation-builder. Regardless, rediscovering his text, we find one of the earliest examples of an absolutely modern American Jew — an intellectually curious risktaker who got on a horse, reinvented himself, journeyed into the unknown, got lost, and was among the first humans to witness and record the sublime mysteries of an untamed world.

Harold Heft has taught English and Cinema at the University of Western Ontario and at the Hebrew University of Jerusalem, and is currently executive vice-president of philanthropy and communications at North York General Hospital Foundation.