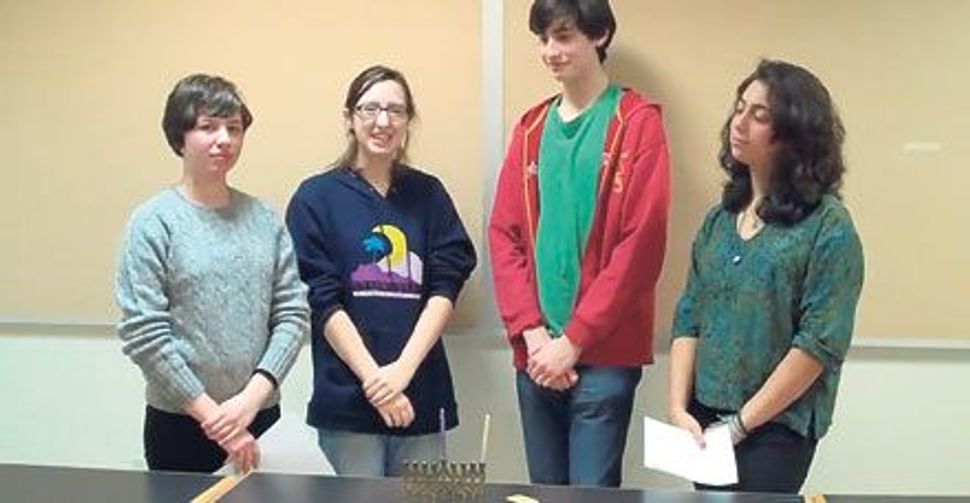 Image by Charles Lenchner for Keshet 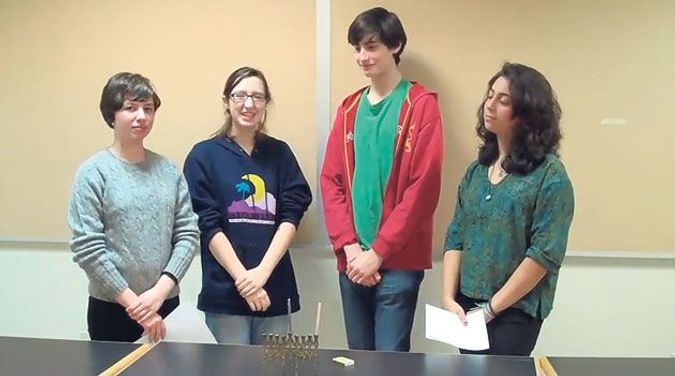 Gay and Straight Together: Students at the Abraham Joshua Heschel School in New York talk about the gay-straight alliance. Image by Charles Lenchner for Keshet

When ninth-grader Shulamit Izen fought to establish a group uniting gay and straight students at her Boston-area Jewish high school in 2001, the effort seemed remarkable enough to inspire a film. “Hineini,” the 2005 documentary chronicling the young lesbian’s struggle, became a touchstone for a nascent movement encouraging openness and support for teenagers grappling with sexual identity.

Now, organizations supporting lesbian, gay, bisexual and transgender students — as well as teens questioning their sexual orientation — are becoming fixtures of student life at a growing number of Jewish day schools. In the decade since Izen’s breakthrough at Waltham, Mass.’s New Jewish High School — now Gann Academy — gay-straight alliances have formed in at least 11 Jewish schools nationwide. Even more institutions are exploring how to address LGBT issues within the context of Jewish educational environments.

“One of the biggest changes I’ve seen is that the issue is on people’s radar,” said Andrea Jacobs, director of education at Keshet, the Boston-based Jewish LGBT advocacy group that helped produce “Hineini.” “Educators and heads of Jewish day schools realize it’s something they actually have to pay attention to. And there’s a little more fluency in understanding LGBT issues in a Jewish context.”

The acceptance is not universal within the Jewish educational world.

None of the 11 schools with gay-straight alliance are Orthodox or part of the Schechter Day School Network, which is affiliated with the Conservative movement. Several Orthodox schools have rejected student requests to form such groups, said Bonnie Rosenbaum, Keshet’s deputy director of communication and planning. Others have allowed groups, but insisted on omitting the term “gay,” using euphemistic names such as Diversity Club instead.

“At any religiously based school of any faith, you’ll find some resistance to an open discussion of LGBT issues,” said Byard, whose organization works with educators to help create safer school environments. “On the other hand, within faith traditions, there’s often a sense of importance around respect for others, and making space for a respectful dialogue even when certain positions may be hostile toward LGBT people.”

That ethos underlies the support that schools like Milken Community High School, a Jewish day school in Los Angeles, have lent their Gay-Straight Alliances and their LGBT students, said Jonathan Cassie, Milken’s assistant head of school. “Jewish tradition asks us to pay more attention to questions of social justice than maybe the mainstream does,” he said. “If you look at a school like ours, which holds values of pluralism, tikkun olam and betterment of humanity as central to its mission, I don’t see how you can advance those values while at the same time not trying to find ways that make all members of the community able to participate equally as their authentic selves.” 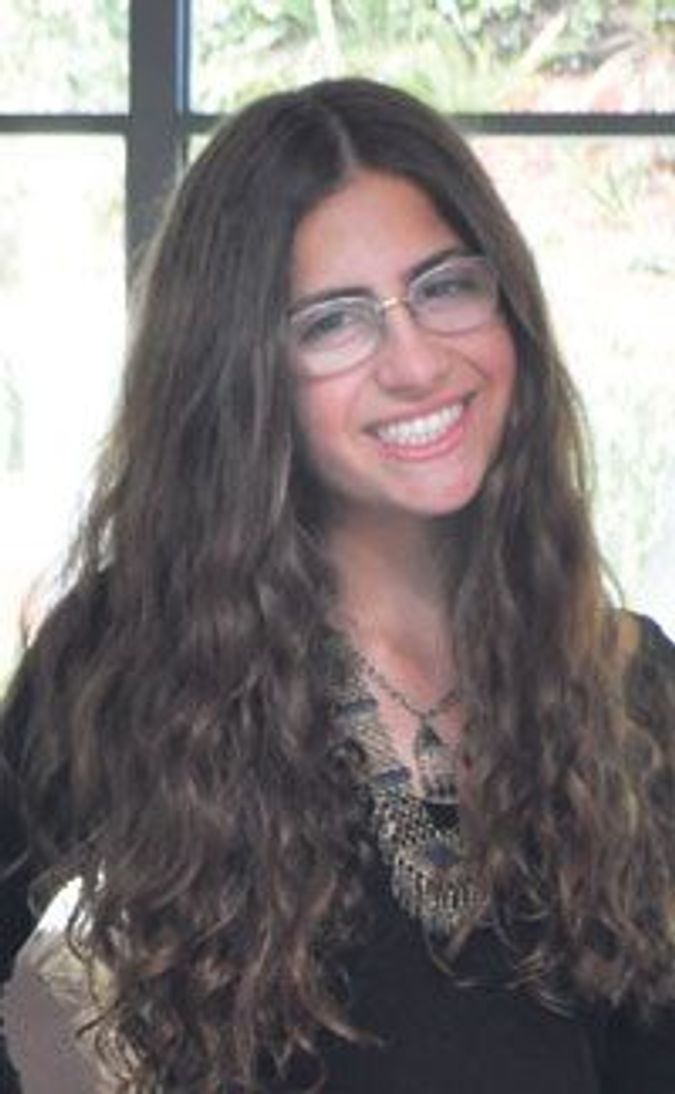 For 10th-grader Noa Kattler Kupetz, who now leads Milken’s GSA, the “message of acceptance” behind the group’s presence on campus is paramount. “Just having an organization that stands to educate and support students at Milken about LGBT issues has definitely added a new dose of acceptance to our campus,” said Kupetz, 16. “The goal is to make sure that every student at Milken, regardless of their sexual preference, understands how important respect is. And I’ve been blown away by the support Milken has given towards the Gay Straight Alliance. Administrators have remarked their thanks to me for restoring the strength and prominence of the GSA on campus.”

Kupetz’s family, she added, felt “a little confused as to why I felt it was my duty to bring LGBT information to Milken. But people forget that GSA has the word ‘straight’ in it, too, and that it’s just as important to have straight people in the club. And they agreed that a school without an LGBT presence is not a healthy place for learning.”

Jesse Tauber, a 17-year-old 12th-grader at Manhattan’s Abraham Joshua Heschel School, agreed. “The school itself has been very accommodating towards me. They do everything in their power to make sure that I’m as comfortable as possible,” said Tauber, who identifies as a (female-to-male) transgender person. “My chosen name is everywhere, including my ID cards and in the school system. Everyone respects my pronouns, and I’m treated just like any other boy who goes to that school. This means that I wear a kippah and teffilin and do every other thing those boys are supposed to do.”

Fellow students “are very supportive of my activism,” said Tauber, co-president of the school’s GSA. “Though sometimes they don’t understand why I do it, or are confused by various technical terms of the [LGBT] community, overall they think my activism is pretty cool.” Tauber added: “I think at the beginning the administration was a bit concerned about what kind of reactions people would have, but when they saw that the students were okay with it, they were all right with it, too. I know what it feels like to be alone. I want to make sure no other kid feels that way.”

Indeed, Byard said, the presence of GSAs in schools overall “correlates with a better school climate on LGBT issues, and better outcomes for LGBT students on factors like grade-point averages and connectedness.” In environments less supportive than a Milken School or Gann Academy, where Shulamit Izen ultimately found support, GSAs can also save lives, Byard said. “Students at schools with GSAs are less likely to be victimized and less likely to experience the levels of harassment and violence that LGBT students experience generally. Anti-LGBT behavior and violence is present in every single school in America.”

But Cassie of Milken believes that the GSA at his school may have less to do with “positive outcomes” than with fostering an environment where “LGBT issues are no longer remarkable, if you will. We have no policy specific to LGBT students, but we speak more broadly about Jewish values of human dignity, and about treating all people as though they’re made in the image of God. What matters is creating a space where students can wrestle with what’s going on in their heads, so they can come into their authenticity and be who they are.” In fact, Cassie said, Milken’s GSA had been dormant until Kupetz revived it.

While the schools publicly acknowledge their GSAs, the level of disclosure seems to vary. A teacher at one high school on the list would speak to the Forward off the record only, and administrators at several schools wouldn’t return calls or emails on the subject.

Still, Jacobs says, her organization has seen minimal backlash to its LGBT outreach in Jewish schools. Since 2008, Keshet has run the Hineini Education Project, which trains Jewish educators and community leaders “to ensure that LGBT youth, families and staff are safe and affirmed in all Jewish educational and community settings.” While “we don’t exactly have a school knocking on our doors every day, asking to start a GSA, there’s always at least one Jewish day school represented every time we run our training institutes,” Jacobs said.

Most of the schools that connect with Keshet, however, are “pluralistic or community schools not affiliated with movements or denominations,” she added.

When Keshet does open a dialogue with a religious school, “we usually get questions about the faculty members who have issues about it from a halachic perspective,” Jacobs said. “But I want to figure out a way to give them language to support a student who might come out, without making them feel they’re compromising their halachic principles. They don’t have to say ‘Mazel tov’ to a student, but they can have a script that says, ‘I’m not going to throw you under the bus.’”

Teachers themselves “have to confront their own responses and feelings,” said Rosenbaum of Keshet. “The more we can normalize it and create space for educators to talk about it, the easier it becomes to navigate.”

No matter how much adults educate themselves on the subject, however, adolescents remain adolescents — and coming out in high school can still terrify a teen. “I’d like to think that the environment at my school has changed so that it’s easier for someone to come out; however, no one in my school has come out since I did,” Tauber said. “I know there are LGBTQ students there, but they are scared. I don’t really know what exactly it is that they’re scared of, but I know that they are struggling.”

Michael Kaminer is a frequent contributor to the Forward. He has also written for the New York Times and the Washington Post.