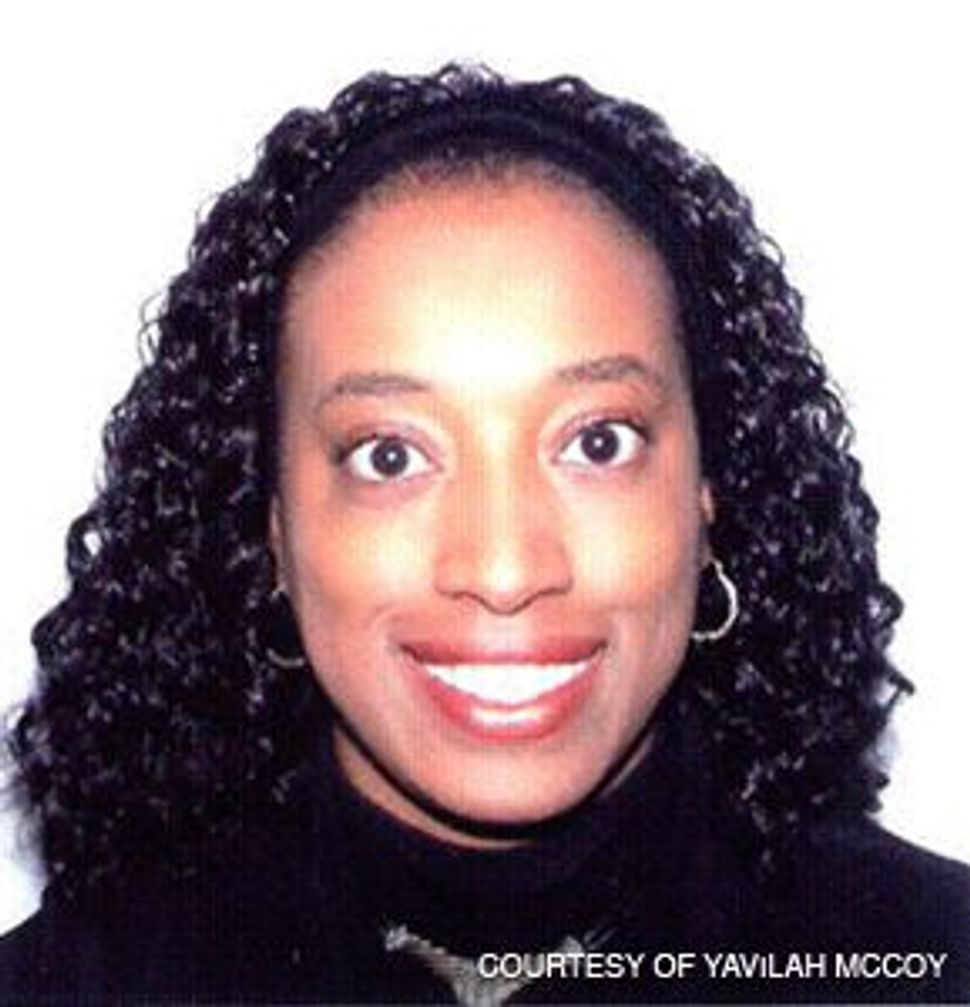 Growing up in an Orthodox household in Brooklyn and attending religious schools, Yavilah McCoy, the daughter of two Jewish converts, identified strongly with Judaism. But because she is black, her religious authenticity was sometimes called into question. McCoy recalls that when people became comfortable enough with her, they would use a derogatory term for black people while in her presence — qualifying it with statements like, “Don’t worry, we don’t mean you.” 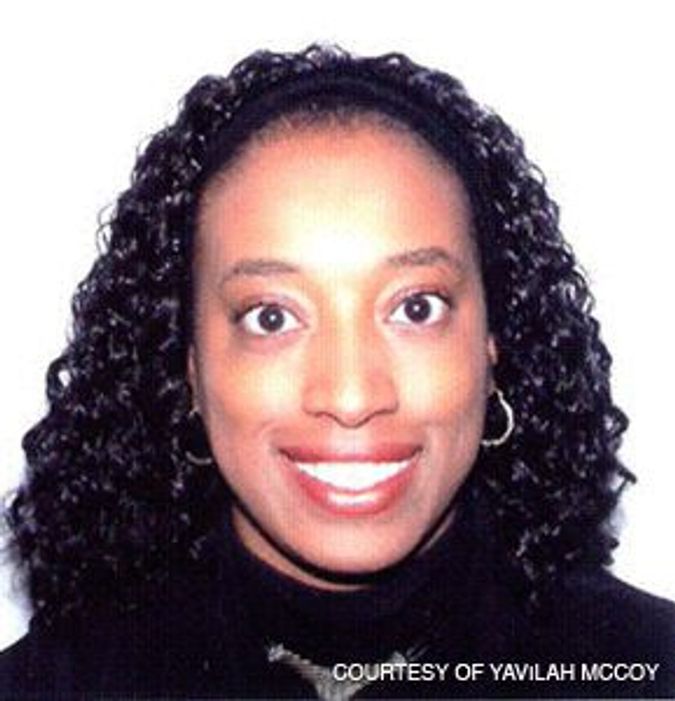 Recent years have brought about an increased awareness of Judaism’s racial diversity. But McCoy says that invisibility remains the biggest challenge for America’s growing population of some 20,000 self-identified Jews of Color. McCoy’s estimate is extrapolated from intermarriage and transnational adoption statistics, among other data. The National Jewish Population Survey doesn’t ask Jews whether they are what McCoy refers to as “Jews of color.”

McCoy, 36, has made it her mission to reframe the Jewish communal conversation in a more inclusive way. In 2000, she founded The Ayecha Resource Organization, a not-for-profit organization dedicated to educating the rabbis, Jewish educators and others about the racial diversity within Judaism. The organization is now dormant, as a result of McCoy’s family and work obligations, but McCoy remains one of the most prominent advocates of Jewish multiculturalism. She is currently the regional director of The Curriculum Initiative. There she helps foster a sense of Jewish identity, largely among unaffiliated young Jews at independent schools.

During the week that America saw the inauguration of its first African-American president, McCoy spoke with Jeremy Gillick, a fellow at Moment magazine, about racial diversity among American Jews and the Jewish communal lessons of the Obama presidency.

Jeremy Gillick: Who is a Jew of color?

Yavilah McCoy: In my work, I leave space for people to self-identify as a Jew of color. In the world of multiculturalism, being “of color” includes all people who, whether visually or by nature of their geographic origin, are classified as nonwhite. When I try to superimpose that terminology onto the Jewish community, it gets complex. Until there is a consciousness that whiteness has been superimposed on Jewish identity, Jews won’t really understand what it means to be a Jew of color.

How do you think the increasing diversity of the American Jewish community, and awareness of it, will affect the community’s image and its values and the way in which Jews understand what being Jewish means?

I think about how Obama found a way to translate what’s core about the American philosophy into something that resonates with all Americans. That’s a lens he developed from having what I call “an interloper experience,” where you’re not quite in and not quite out. Something about that makes you constantly reach for this quest of core. Our way of speaking, just by virtue of it being grounded in one particular experience, becomes exclusive. If there are enough of us who have synergy around a particular identity, we don’t ever have to question it. But when you look at the power of millions of people who came together when Barack Obama spoke about what was core about American society, it makes me hopeful that there’s going to be a day when we can speak core about the Jewish religion so that it allows us to stand with each other across our differences.

It seems like there’s a strong parallel between your invisibility in the Jewish community and Obama’s invisibility, for example, as a white person. Has that crossed your mind?

It’s been said that Obama is the first Jewish president?

I believe that African-American people and Jewish people do share a very strong spiritual parallel as people who have been exiled and oppressed. But… we can’t just claim him as a Jew.

Do his election and message have special meaning for the African-American Jewish community?

For me, what’s most resonant is that Obama was a biracial candidate. I do think he is an inspiration for African-American Jews, who have a lot of work ahead of them to make space for their identities to be fluid in the Jewish community. But the work that has to be done among Jews has to be done by Jews.

How did it feel to be an intermediary of sorts between the Jewish and African-American communities when all those false rumors were going around that Obama was a closet Muslim and hostile toward Israel?

The kind of information that was out there and being spoken at Shabbos tables really left me wondering why people didn’t feel the need to question. I felt like, this is a man who wants to be a friend of our community, who historically has been a friend of the community. What’s the barrier? Why don’t you see him as your fellow American? Is it because he’s black? Is the black thing such an easy trigger for you as a Jew that it just removes your ability to be logical and questioning? … That really bothered me.

How do you feel in this role as representative for Jews of color?

I’ve stepped back from being “the one,” because in a way I had become an icon of this work. The idea of associating diversity with a person as opposed to it being a movement within the Jewish community was starting to bother me. So, I made the decision about a year ago to spend more of my time supporting fellow Jewish leaders of color so that when the conversation re-emerged, it would be a conversation along the lines of, maybe, 10 different stories instead of one.