A Novel of Klass 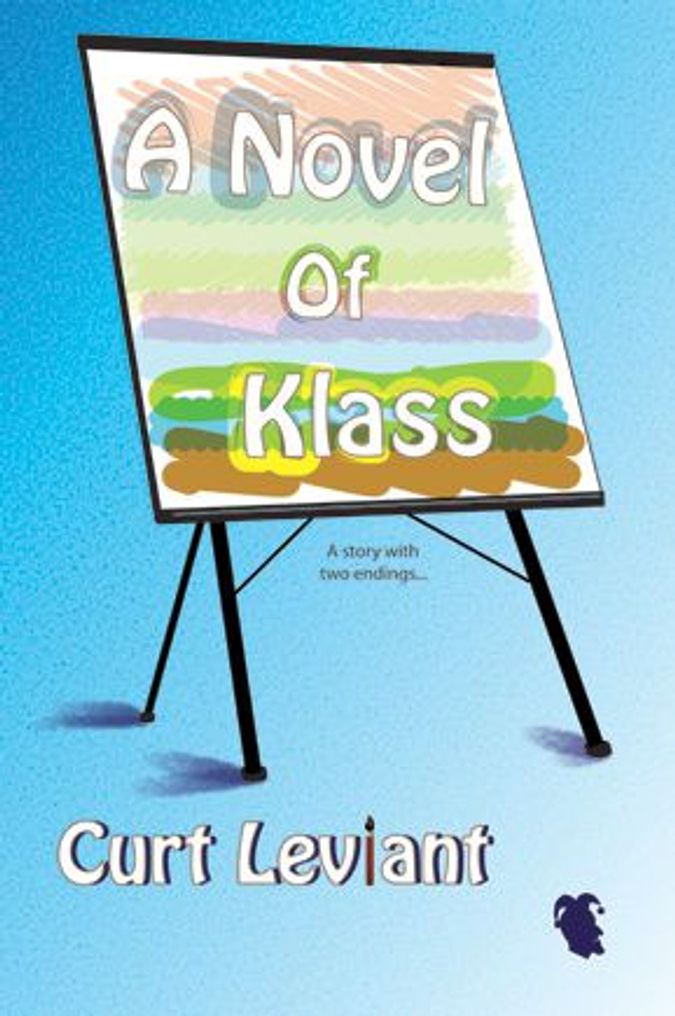 Some of Curt Leviant’s earlier novels have been likened to efforts by such foreign literary giants as Borges, Kafka and Calvino. His latest work, “A Novel of Klass,” suggests the influence of more domestic sources, including the Marx Brothers and S.J. Perelman. In this risky literary smorgasbord, Leviant has managed to successfully combine a tragic Holocaust tale with a hilarious account of life among the aging Jewish intelligentsia, a satiric treatment of New York’s art world, a depiction of a bizarre marriage and a surprisingly moving portrait of an exiled artist with a stern moral vision.

The novel is set in the 1970s and its 60-year-old protagonist, Ayzik Klass, is a gifted but unrecognized painter; an old friend of Marc Chagall (who once painted Klass), and a survivor of the Holocaust, two heart attacks and a mini-stroke (his wife, Rivka, and children were murdered by the Nazis). He lives with his loony second wife, Griselda, in a dreary apartment in New York City’s Washington Heights, eking out a living, writing his memoirs, eating the wrong foods, giving lectures on art and morality and bedding other women.

Readers learn on the first page that Klass has died, although Griselda manages to keep the news of what actually happened hidden for several days. The Jewish community senses foul play, with several people considered likely suspects — Klass’s mortal enemy and “private Haman”; Yiddish poet Gimpl Englander; gallery owner Peter Rifkes Breslauer, “the man he loved and respected above all others, the man who put him on the map”; the 6 foot 7, ponytailed Dutch ex-glazier van Joop, (known as Squirrel), who lectures on the Holocaust, calling himself the “Anne Frank who survived,” and Griselda, who looked after him, lied and connived on his behalf, but also fed him food that could only ruin Klass’s health. Griselda even delayed calling an ambulance when it was clear her husband was seriously ill.

The novel then flashes back to Klass’s frantic efforts to find one of his paintings, “Moonlight Shtetl,” which has mysteriously disappeared from his apartment. We soon learn that someone has stolen the painting and hung it in the Jewish Museum, over a painting by Modigliani. Klass’s delight that he has a painting hanging in this prestigious venue turns to disappointment when a museum staff member, finally realizing the truth, phones Klass and orders him to retrieve “Moonlight Shtetl.”

Since the novel is filled with other unexpected plot turns, it would be unfair to reveal too many details of the zany narrative. Suffice it to say that Leviant is skilled at withholding important information and keeping his readers off-guard until he is ready to spring his many surprises. The author, ever playful, also has the chutzpah to write alternate endings to his novel: one labeled the “real” one, approved by him and the publisher; the other, the so-called “true” ending, endorsed by Klass, terminating in a surreal final scene involving the triumphant return of the deceased artist.

“A Novel of Klass” contains some brilliantly satiric scenes describing the internecine battles among members of the competitive and often paranoid community of New York’s Jewish writers and artists during the period. Leviant deftly skewers the “shoah business” Jews (and non-Jews) who earn their living mining the Holocaust. Unlike these opportunists, Klass, despite appearing to be a schlimazel, genuinely tries to re-create the vanished world of European Jewry through his art. We cannot actually view the paintings, but Leviant, who does take the Shoah seriously, allows us to experience them by brief but affecting descriptions.

The combative relationships among the Jewish intellectuals in the novel are mirrored in the interaction between Klass and his wife, which includes frequent incidents of domestic warfare, such as dishes being furiously hurled, often followed by highly charged sexual encounters. Griselda lies about her age, her education, her current employment, her life in Europe and even her religion. She is really a gentile, a fact that she desperately, but unsuccessfully, tries to keep from the anguished Klass.

At one point, she makes the final winning bid during an auction of one of her husband’s paintings. Thus, she winds up buying a work she already owns. Trusting no one, and suspicious of the motives of even those trying to help Klass, she is most resourceful as she schemes and lies, even using her sexuality to ensure that her husband will be recognized for the gifted artist that he is. Her motives may not be altogether altruistic — she, too, aspires to fame and respectability — but she remains undaunted in her quest.

Although replete with an abundance (overabundance?) of malapropisms, puns, literary allusions (even to Leviant’s own earlier work) and fantastic events, the novel is essentially a moral fable. Klass may be surrounded by knaves and fools, often seeming like a naive comic figure, but he is, above all, a serious moral artist committed to preserving a Jewish past. His efforts to speak in idiomatic English may remind readers of dialect humor of an earlier day, but when he gives a lecture in Yiddish (here translated into perfect English), his eloquence and idealism are apparent:

The artist is the conscience of society…. He and his works should speak out against evil. Good men create good works; evil men, even though the world may admire their creations, like Richard Wagner’s, cannot create good works. If a creator is a beast, he remains a beast, no matter what he creates…. A good artist must bring good into the world…. He must act out his convictions in his art and in his personal life — a protest against evil, a protest against our enemies, a furthering of Jewish ideals and history.

Leonard Fleischer currently teaches musical theater at the City University of New York and is a longtime contributor to the Forward.