Not Even the Rhinos Were Nymphos 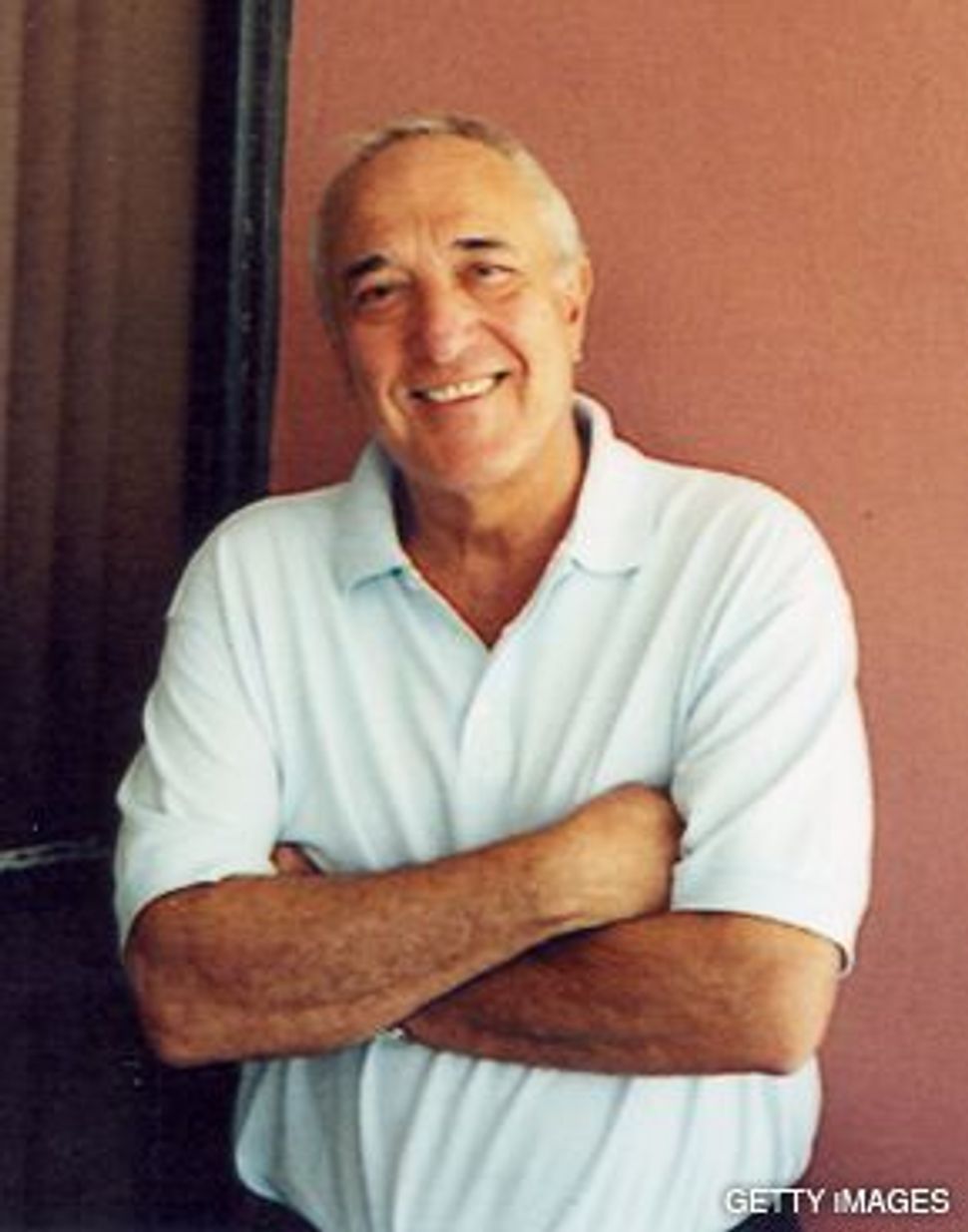 BRUCE IS BACK: But not with a splash.

Three Balconies: Stories and a Novella 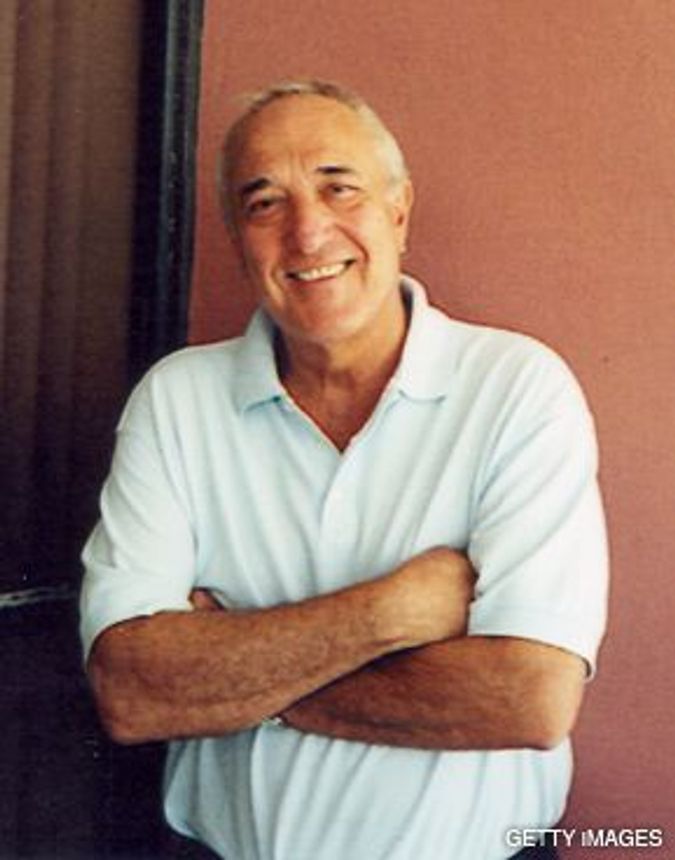 BRUCE IS BACK: But not with a splash.

Beginning in the 1960s, Bruce Jay Friedman’s literary star burned hot and bright — acclaimed novels, plays, short stories, screenplays — only to dim after his screenplay for “Splash” was nominated for an Oscar 25 years ago. Although “Even the Rhinos were Nymphos,” a collection of his best non-fiction, was published by the University of Chicago in 2000, “Three Balconies” is the first short-story collection he has published in 20 years, and it focuses overwhelmingly — obsessively, one might say — on aging male writers’ waning creative powers and their pursuit of sex, and the relationship between the two. It is no stretch to imagine that the stories are autobiographical, and that Friedman has made a virtue out of necessity. While the collection shows glimmers of wit and insight, for the most part it suggests a writer who is indeed past his prime.

Friedman’s protagonists are over-the-hill secular Jewish writers, divorced or loosely married, who are striving to regain their former glory, or at least to earn enough to sustain a life of chasing women. There is something charming about these old rogues: Although they recognize that their hopes of returning to artistic brilliance are illusory, they persevere; they accept the futility of their compulsive womanizing, and, in some of the stories, they acknowledge their love for (second) wives who are so different from the flashy women that they still, almost despite themselves, continue to pursue.

The protagonist of “Neck and Neck” was once considered the equal of another writer who has long since become one of the most prolific and profound novelists of his time. (The story most likely refers to Philip Roth, a contemporary with whom Friedman was once compared.) One of the finest images in “Three Balconies” occurs in this passage: “Baum had acknowledged for some time that Wiener had outdistanced him by a considerable margin. But at least Baum could make out his silhouette on the horizon. Now, he no longer saw his nemesis, only a disappearing puff of greatness.” Upon learning of the death of his rival, the 89-yearold Baum, victim of a prolonged drought, sits at his typewriter: “His back ached and he could feel his breakfast, undigested, in what felt like a package beneath his ribs. Simple breathing was a hardship. Only one eye functioned properly. But Wiener was gone. Now he could focus. Now he could begin.”

Twelve of the 17 stories (the novella promised in the book’s subtitle is really a short story of 30 pages) feature protagonists of this sort, and their company finally becomes wearing, like being stuck in the window seat next to the older gentleman who is on his third Scotch and fourth rendition of his life story. “Joined at the Hip” recounts the story of a writer-turned-playwright who murders a theater producer for reneging on a promise to stage the writer’s play. The writer discovers that the producer’s betrayal had stolen his confidence as an artist and thus as a seducer. For Friedman’s heroes, writing — or being a writer — is a useful seduction tactic. Diminishing creative powers lead to diminishing sexual charm. This may be sad, it may be true, but it is certainly an overworked theme, especially in this collection.

Friedman is more interesting, and his writing more lively, when focusing less on writers’ worries about their output and their sex lives. As it happens, the stories that function this way also involve Jewish themes more directly. “The Convert” critiques American Judaism’s shallow preoccupation with style rather than substance, as well as with secular Jews’ own prejudices and their ignorance of Jewish traditions. When 7-year-old Timmy Flanagan yells “The Jews killed Christ” at Bobby, the former ignites an antagonism that the boys lay to rest only when they become young men. Soon after they reconcile, Timmy moves to California and becomes a doctor. He marries a Jew and then converts. Bobby, a self-described “bagels and lox Jew,” stays closer to home, becomes a schoolteacher and marries a lapsed Catholic.

The two men keep in touch, and Bobby and his wife are invited to the bar mitzvah of Timmy’s son. Having given Bobby the honor of reading Torah at the event, Timmy is angry at what he perceives as Bobby’s failure to perform adequately, leading to a scene that culminates in serious slapstick: “And suddenly, to the background strains of ‘If I Were a Rich Man,’ they were at each other and went tumbling head over heels in a furious Judaic pinwheel of gefilte fish, kasha varnischkes, chopped liver canapés and derma with gravy. Bobby pressed his thumbs on the convert’s throat, debating whether to choke him or take out his eyes. ‘We did kill Christ, you Jew bastard,’ he cried out, ‘and you better get used to it.’”

“Mr. Wimbledon” is the comic tale of an aging writer from New York who rents a house in a small town in the Pacific Northwest and immediately begins seeking evidence of antisemitism. For the writer, known only by his surname, Siegel, being Jewish has been simultaneously unimportant and vital: an accident of birth that entails no religious or communal commitments, but marks him deeply. “In the city, Siegel never thought much about being a Jew. If there was trouble, he could call other Jews…. Beyond the safety of the city’s borders, it was different. Years before, on Maine’s craggy coast, Siegel had lived in another community, shorn of his people. He recalled that in his isolation, he felt like a Jew the second he got up in the morning…. On occasion, he’d affected a folksy exterior; in actuality, he tiptoed along, ready at all times to be unmasked — forced to trade punches in the dirt with the person who had just caught him.” Try as he might, he cannot find much antisemitism among the village’s residents, which disappoints him greatly. Finally, one afternoon, on a public tennis court he hears “a voice from his old neighborhood,” and soon a “woman with orange hair” brazenly intrudes, verbally and physically, on his court. The way the woman talks and acts leave no doubt that she is Jewish, as is her husband, Si (who else would have such a name?). A conflict ensues, and Siegel and the man face off: “Siegel heard a familiar cry of ‘Mocky,’ a word dredged up from his childhood, like a dirty animal in a cellar. He was shocked when he realized the voice was his own, but also gratified that he had finally found the enemy.”

Yet, these two stories, like those involving Friedman’s usual doppelgängers, are also particular to a generation in passing. The excesses of Jewish celebrations and the vapidity of American Judaism have been lampooned for a good 40 years, to the point at which they are now embraced by younger generations for their kitsch value (think “Bar Mitzvah Disco,” “Judaikitsch,” Heeb magazine). Fewer Jews today are likely to share Siegel’s self-assessment, because, unlike Friedman’s generation, fewer grew up in Jewish enclaves and experienced raw antisemitism.

“Your name no longer comes up on the radar screen” of Hollywood producers, an agent tells one of Friedman’s protagonists in two different stories. I suspect that Friedman’s own disappearance from the cultural radar screen is due in part to the fading away of his generation and, with it, a decline in interest in the themes of materialism, religious hypocrisy and self-hatred in American Jewish literature. One can only hope that the exhaustion of those themes, together with what is certain to be a modest reception of this new book, will lead Friedman to explore new territory.

Not Even the Rhinos Were Nymphos