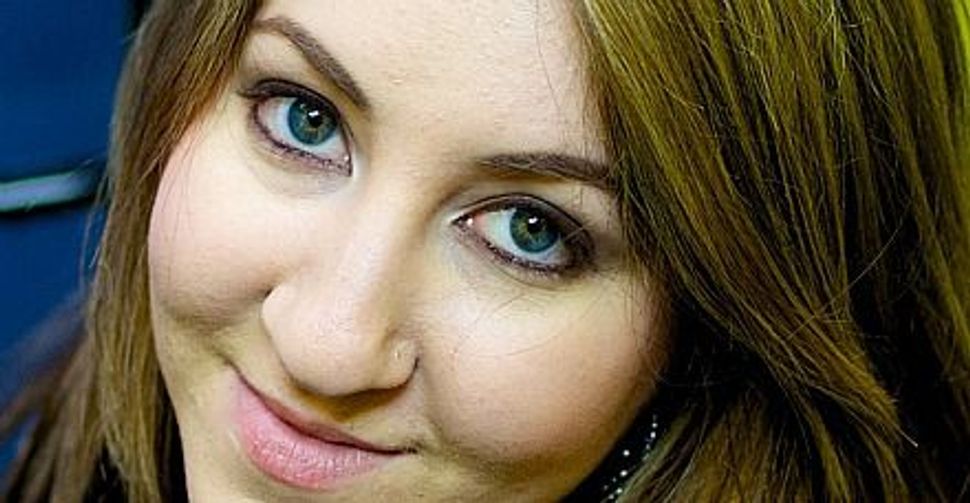 Deborah Feldman’s memoir, “Unorthodox: The Scandalous Rejection of My Hasidic Roots,” begins with Feldman describing her father, a mentally disabled Hasid employed by pitying community members to preform simple tasks, like picking up people from the airport. Sometimes he takes along 5-year-old Deborah. 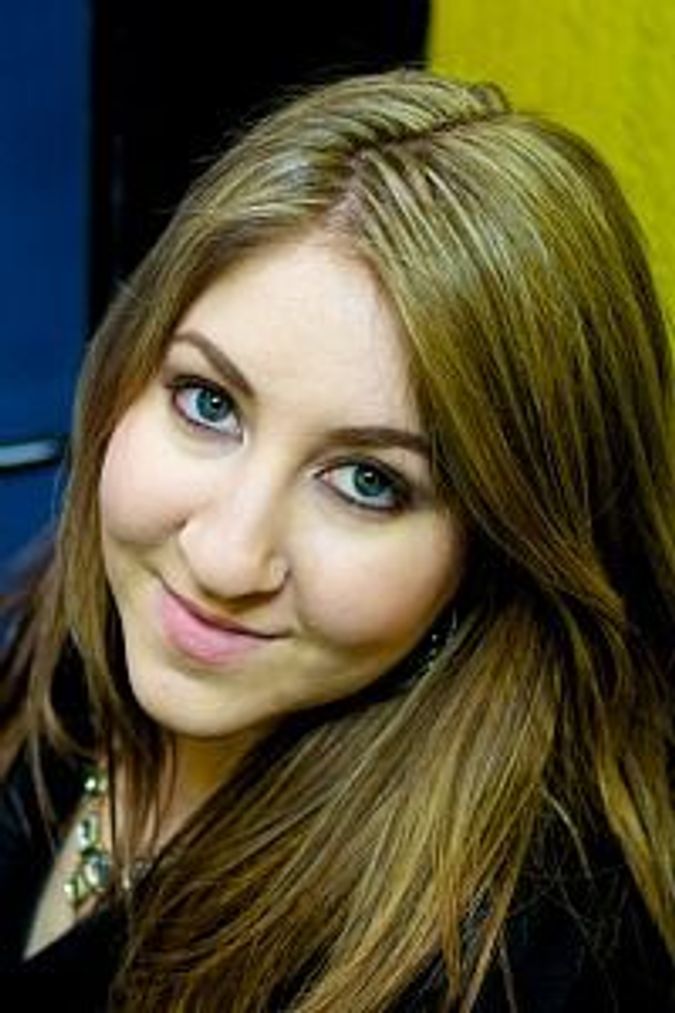 “I know it’s strange for me to enjoy visiting the airport itself,” Feldman writes in the first chapter, “when I know I will never even get on a plane, but I find it thrilling…. Watching the crowds hurrying to and fro with their luggage squealing loudly behind them, knowing they are all going somewhere, purposefully. What a marvelous world this is, I think, where birds touch down briefly before magically reappearing at another airport somewhere halfway across the planet. If I had a wish, it would be to always be traveling, from one airport to the other. To be freed from the prison of staying still.”

“Unorthodox” is a memoir about a young woman who has a lot of opinions. But in the ultra-Orthodox Hasidic world of Brooklyn’s Williamsburg, opinions in general, and certainly those of young women, are not appreciated.

I grew up in a similar world nearby, the Hasidic world of Boro Park. Reading “Unorthodox” was like seeing a variation on my own life mapped out meticulously, down to the last traditional detail. I found it oddly compelling, visiting scenes and dialogues that so perfectly encompass a world so familiar. When Deborah and her older cousin, Mimi, go to an ice skating rink, a young girl offers Deborah a Hershey chocolate kiss and tells her that it’s kosher:

“You can’t eat the chocolate,” Mimi announces. “It’s not kosher.” “But she’s Jewish! She said so herself! Why can’t I eat it?” “Because not all Jews keep kosher. And even the ones that do, it’s not always kosher enough….”

And Deborah’s grandfather makes it clear that secular books are evil, a toxic influence on a chosen, pure soul.

When my zeide gets angry his long white beard seems to lift up and spread around his face like a fiery flame. “Der tumeneh shprach” [“The evil language”], he thunders at me when he overhears me speaking to my cousins in English. “An impure language, zeide says, acts like a poison to the soul. Reading an English book is even worse; it leaves my soul vulnerable, a welcome mat put out for the devil.” 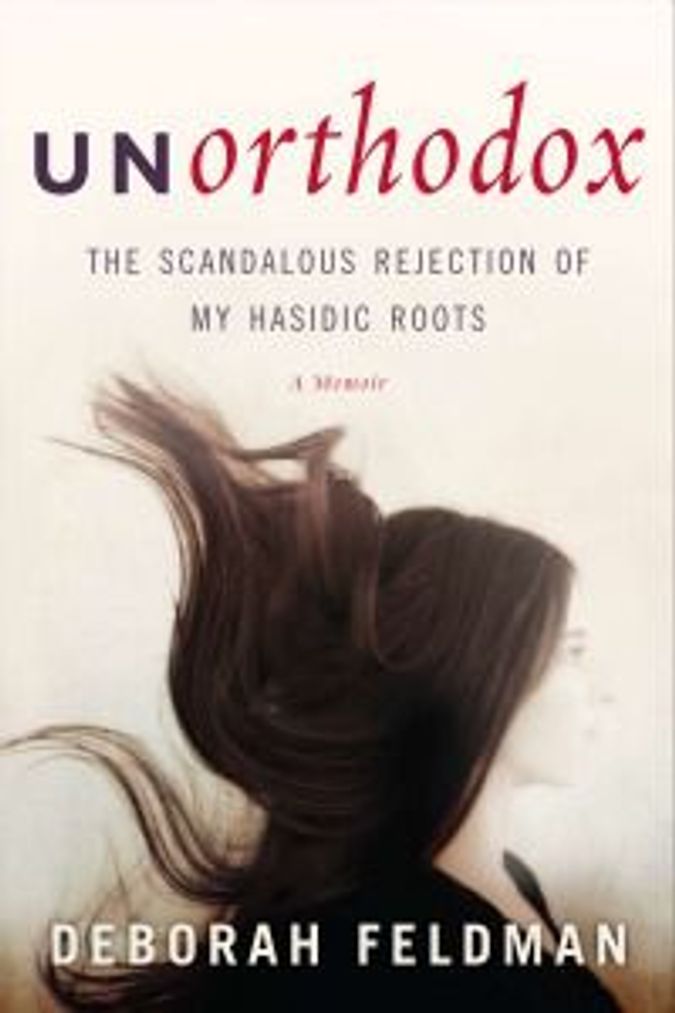 “Unorthodox” is a fascinating book, and well written in English. My favorite part comes in the early chapters, when 12-year-old Deborah secretly purchases a translation of the Talmud so that she can understand the forbidden mysteries of the Torah. She lies to the elderly salesman in the bookstore, mumbling that the book is a purchase for her cousin.

You can feel her excitement as she walks down the block, holding the precious book, quickly hiding it under her mattress when she reaches home. Before reading it, she waits until the house is empty. And then, on page 65, she reads about King David who took Bathsheba as a wife after sending her husband, Uriah, to the front battle lines, where he was killed. Upon looking into the women’s eyes, though, King David recognized his sin, and Bathsheba was sent back to the harem, ignored and forgotten until her death.

Not only did David cavort with his many wives, but he had unmarried female companions as well, I discover. They are called concubines. Con-cu-bine. I whisper aloud this new word, con-cu-bine, and it doesn’t sound illicit, the way it should. It only makes me think of a tall stately tree. The concubine tree. I picture beautiful women dangling from its branches. Con-cu-bine. … I am not aware at this moment that I have lost my innocence. I will realize it many years later.

It is in chapter four, when Deborah is a freshman at Satmar, a girls high school, that she loses her innocence, and then immediately the story begins to hurry up. It is as if the author, a talented 24-year-old graduate of Sarah Lawrence College, is trying to pack a lifetime of big moments into a book too slender for the weight it carries. There is so much to say about this strange and different place: adolescence, all-girls summer camp, teenage angst, high school, pre-marriage, and, of course, the short-lived marriage arranged by the family, the bride serving only as an observer.

But as Deborah grows, she becomes a stranger to her own life, and by the fifth chapter the innocence is lost in her mind and in her writing. The believing child turns into the disillusioned adult, and words become tinged with bitterness. There is a rush of events and a loss of the wonder that has given her writing power until then. We are introduced to seemingly significant characters randomly. Most are never heard of again. Teachers, family and friends come and go, portrayed as flat, one-dimensional characters, notable only for their ignorance.

As a member of the Hasidic community for the first three decades of my life, I well know that one can be ignorant and still have an endearing personality; one can have blind faith but still have a vivid character. Compassion and narrow-mindedness, sweet innocence and crude naivety, mix easily, creating nuanced personalities where black and white, and sometimes a hint of gray, coexist. Feldman, though, shows only what we thought we knew about the Hasidim: There is little that brings them to life.

By its second half, “Unorthodox” reads like a hastily written diary, as if the author wanted to hurry already to the good part — the part where she is no longer in Williamsburg. It is as though Feldman does not want to spend one word more than absolutely necessary on the parts of life she worked so hard to be rid of. This is a pity.

Reading the descriptions of Feldman’s life, I found I was walking with her. I found myself in scenes crowded with people I knew, in moments so intimately familiar to anyone who grew up in the Hasidic world: the shviger, or mother-in-law; the ceremonies, the l’chaim, or celebration of engagement, set up before you ever met the groom. I found myself back in a place where, yes, there is superstition and fanaticism, absurdity and suppression, but there’s a darkness that exists alongside a rich and vibrant culture, a community that has survived centuries of persecution and is still so very much alive.

I wish Feldman had delved more expansively into the elements that infuse the Hasidic community with life and meaning and joy. I wanted to sense her wonder as a teenager, as a bride, as a new wife. There is a strong sense of purpose in this ancient world; that’s how it has lasted for so long. There is a binding connection with the past, a powerful core of identity, so that even if you do not agree, you can understand why most never leave.

Still, it is worth the read. Even with what is lacking, Feldman’s voice resonates throughout. You badly want to know what happened to the little girl watching people rushing to and fro in the airport; you want to see the kind of woman she becomes. With a baby on the way and a disintegrating marriage, Feldman has a story that is a journey, and I won’t spoil any more of it. The curiosity will keep you reading if only to watch how she untangles herself from her past, and how she ultimately frees herself from “the prison of staying still.”

Eishes Chayil is the author of the young adult novel “Hush” (Bloomsbury Walker, 2010).