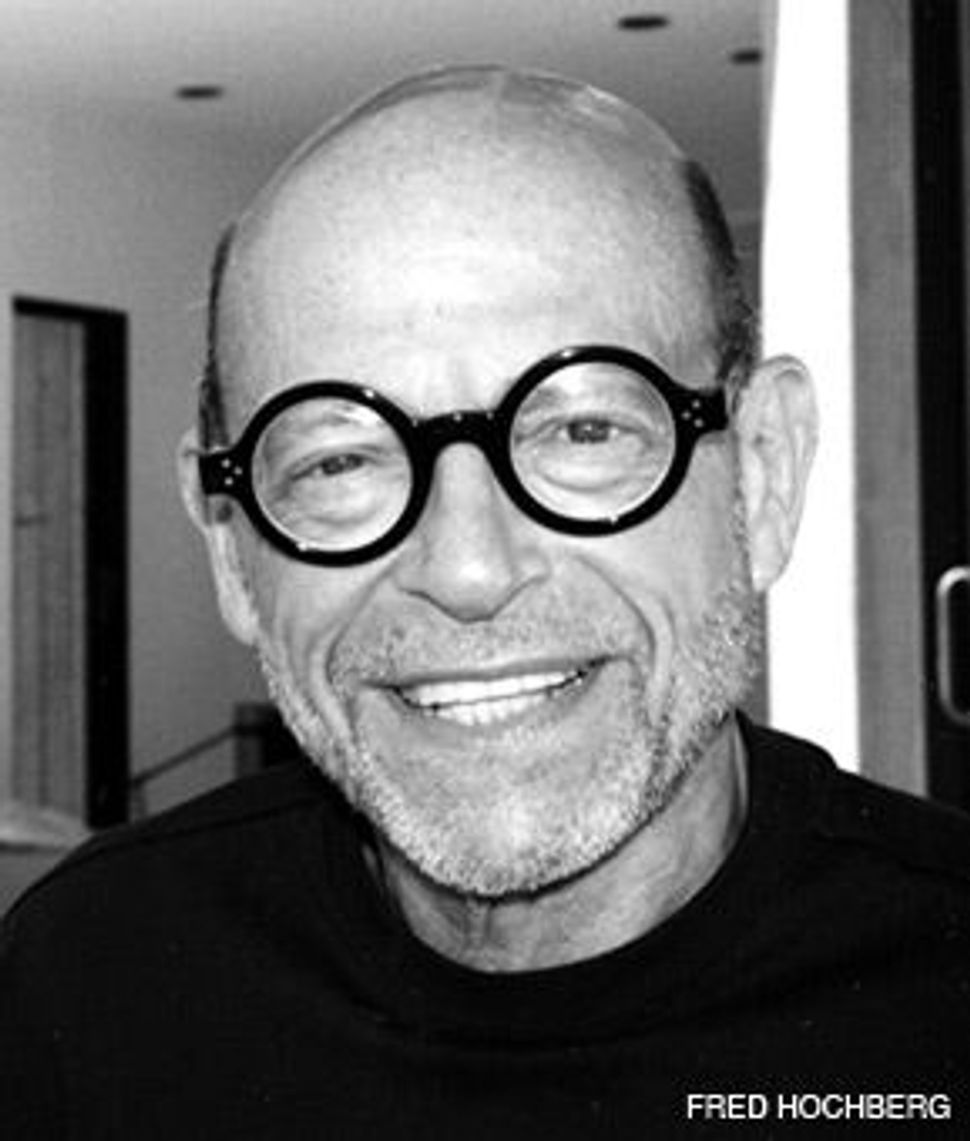 For a half-century, the poet, critic, and translator Richard Howard has been an expert investigator of artistic motivations and inspirations, yet his own roots, as a product of Cleveland’s Jewish middle class, have rarely been explored. On Feb 8, Howard will give a reading at New York’s Metropolitan Museum to introduce the new Pierre Bonnard exhibit, logically enough, since he translated “Bonnard/Matisse: Letters Between Friends” (Abrams,1992), among hundreds of other books. 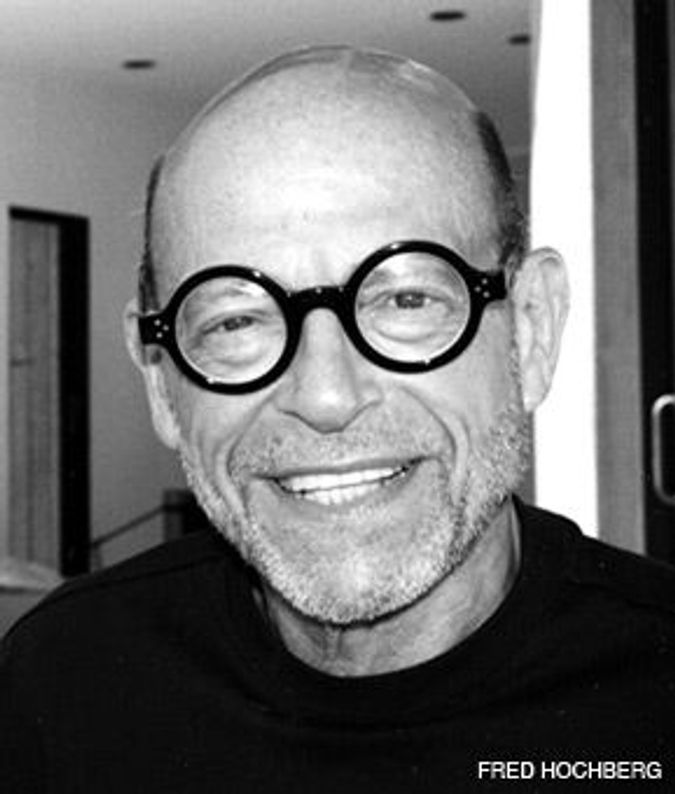 Born mere days before the 1929 stock market crash to an indigent Cleveland family, Howard was quickly adopted by Emma Joseph, daughter of Isaac Joseph, a successful local merchant. At that time Emma was married to a man named Harry Orwitz whom she soon divorced, changing her own family name and her infant son Richard Joseph’s to “Howard,” in order to expunge all memory of her ex-husband.

Today Richard Joseph Howard, who has never sought out his birth parents, says that his mother was offered another child from the same indigent Jewish parents two years later. Howard recalls that his mother was not inclined to adopt a second baby, and his sister, whom he has still never met, went to a different, highly religious, family: “This girl was truly a prodigy,” Howard says, “which I never was, and my mother would tell me that if I ever met a Cleveland girl from an Orthodox Jewish family who spoke Hebrew fluently by the age of two, don’t marry her!”

Minus the Orwitz, Howard’s seemingly generic name can mislead friends as well as bibliographers. Even poet W. H. Auden, whose friend Chester Kallman was published by Howard in a poetry series, was surprised to discover Howard’s true ethnic origins. As Howard tells it, Auden and he were waiting backstage one evening before a 1960s poetry reading, when Auden asked about a now long-forgotten poet named Bernie Weinbaum, who habitually referred to Jews and gays with unflattering slang epithets. Howard explained that “since I’m both these things,” he did not appreciate the rude words. Auden replied, beaming: “My dear, I never knew you were Jewish!”

Nor indeed have generations of readers, although Jules Chametzky’s “Jewish American Literature: A Norton Anthology” assigns Howard to a generation of gifted students of Lionel Trilling at Columbia University, which also included Allen Ginsberg, John Hollander, Robert Gottlieb, Jason Epstein, and Steven Marcus. As longtime series editor for Princeton University Press’s Lockert Library of Poetry in Translation, Howard has made available some precious Judaica, especially translator Peter Cole’s “Selected Poems of Solomon Ibn Gabirol”; “Selected Poems of Shmuel HaNagid” ; and “The Dream of the Poem: Hebrew Poetry from Muslim and Christian Spain, 950-1492.” Yet only recently have Howard’s own poems, as he approaches his 80th birthday this October, dwelt lastingly on his OWN history.

His latest poetry collection, “Without Saying” (Turtle Point), includes “School Days,” a series of poems inspired by his early education at the Park School in Cleveland Heights, an institution from which Temple Anshe Emeth eventually bought the land where Park Synagogue (http://www.parksyn.org) is now located. At Park School Howard made lifelong friends like the art historian Anne Hollander (née Loesser), daughter of the great pianist Arthur Loesser, among other nervy, brilliant, and original classmates.

Howard was first exposed to French by a cousin at age five, during a family car trip to Miami since, by the 1930s, the Josephs had opted out of their previous preferred summer vacation spot, Germany’s Black Forest. After the Park School closed in 1942, an economic casualty of World War II, Howard honed his language skills and eventually translated books from French to English, including several by Jewish authors, like Léon Poliakov’s “The History of Anti-Semitism, Volume I: From the Time of Christ to the Court Jews (University of Pennsylvania Press); Edgar Morin’s “The Stars” (University Of Minnesota Press); André Gorz’s “The Traitor” (Verso Books); and Maurice Sachs’s “Witches’ Sabbath” (Stein and Day).

Howard has also written a number of (unusually for a poet) cordial essays about other poets, reprinted in his recent “Paper Trail: Selected Prose, 1965-2003” (Farrar Straus & Giroux) as well as “Alone with America: Essays on the Art of Poetry in the United States Since 1950” (Atheneum). In the generally skittish, self-serving arts world, Howard’s capacity for genuine friendship, as reflected in these books, is among his most striking gifts. He was close to Lee Krasner (1908-1984) the Brooklyn-born painter from a Russian Jewish immigrant family who married Jackson Pollock, and has written repeatedly on her work. Indeed, Howard, and his then-companion, novelist Sanford Friedman (born 1928) even provided titles for some of Krasner’s paintings, at her own request. Joel Shatzky’s “Contemporary Jewish-American Novelists” (Greenwood Publishing) praises Friedman’s novel “Totempole” (1965), about a young Jewish man growing up in the Depression who becomes aware of his homosexuality. For nearly three decades, Howard has shared his life with the artist David Alexander (born 1943), whose exuberantly colorful works were recently on view (until February 1) at New York’s Westbeth Gallery. It says something for Howard that his long-term relationships with such a talented writer and artist thrived, in the downtown creative milieu where ego clashes and one-upsmanship are common currency.

Howard’s other friends in the arts world have included the painter Philip Guston (1913–1980; born Goldstein) and Diana Trilling (1905–1996), née Rubin, widow of his former Columbia professor. Howard has captured other friendships in humorous, wise poems which reflect the foibles of gifted litterateurs, evoking his visits with the political theorist Hannah Arendt (1906 –1975) in “Arendt: An Arguable Elegy” in his 2005 collection “The Silent Treatment” (Turtle Point).

Collegial joy is the lasting emotion conveyed by Howard’s poetry, as in “Audiences” from the collection “Fellow Feelings” where he quotes his friend and mentor Auden: “Why write unless you praise the sacred places, encounters/ when something is given over, something taken as well?” This sort of exchange, inspired throughout this uniquely sociable writer’s trajectory, helps to make Richard Howard’s work so vivaciously humane, so menschlich.

Like Most Revelations
by Richard Howard (after Morris Louis)