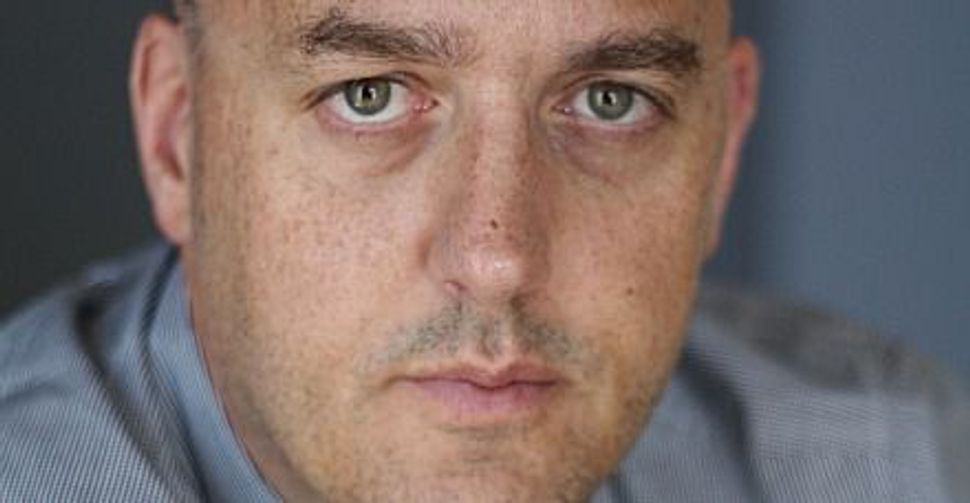 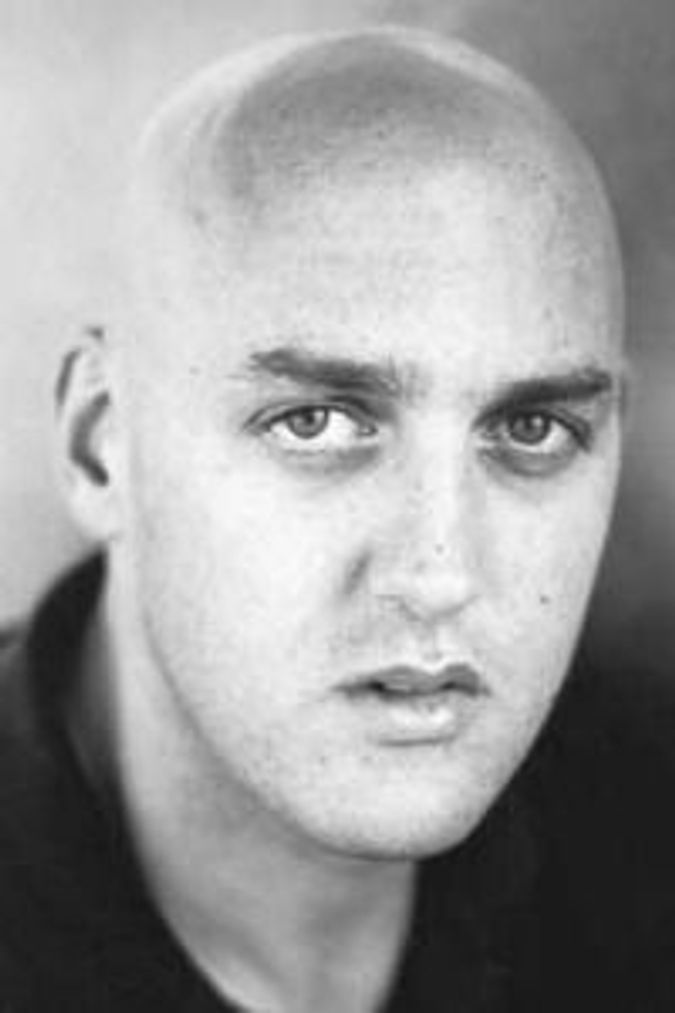 In the beginning, there was language and also a tree of knowledge. Then human beings got wind of all that, and things started to come undone.

We in the digital age are constantly bemoaning the breakdown of real communication and the impending demise of the written word. But what happens when the culprit is not lack of communication, but language itself?

This is the premise of Ben Marcus’s novel “The Flame Alphabet,” set in Rochester, N.Y., where an epidemic is raging. The cause is language, specifically the speech of children — initially just Jewish children, but eventually all children, and ultimately even the speech of adults, and the written word — which is highly toxic to everyone except children themselves. Everywhere, adults are dying, or just barely clinging to life. Their symptoms are horrific: “hardened faces, docked tongues, throats stuffed with bloody wood.” In the world of this novel, communication is not merely difficult or even impossible, it is lethal.

When the novel opens, the protagonist, Sam, is preparing to escape, along with his wife, Claire, from their teenage daughter, Esther, whose vocal drivel is literally killing them. It is the last resort, following a string of amateur experiments involving various chemical combinations, all of which fail to yield anything remotely close to a cure. But Claire resists the separation from her daughter, and Sam ends up alone at a pseudo-scientific research center, where his job is to create a language that does not kill. 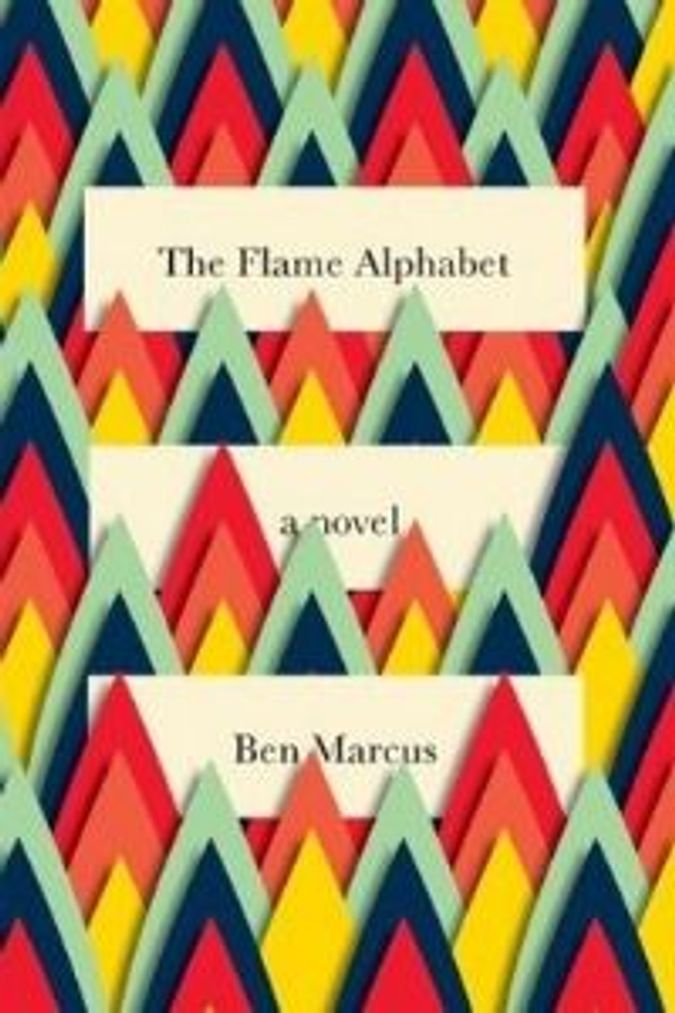 The position doesn’t come to him randomly; Sam is chosen because he and Claire are “forest Jews,” which means that they are privy to special communications from rabbis they never actually meet. They access sermons at their remote Jew hut via a “listener,” a blob of squishy material that pulsates with something akin to life: Kabbalah meets science fiction.

The whole enterprise of the forest Jews is shrouded in secrecy, and the communications are purposefully unclear, both in form and in content, like Jewish mysticism itself. At the hut, Sam recites the following prayer: “You have commanded us not to know you and we have obeyed. When we have known you we have looked away….” To be a forest Jew is to eschew understanding, because to comprehend is to undermine. What the forest Jews are accessing is pure, unadulterated truth, which is inherently unknowable, like God himself.

And this may be what Lebov, an anti-Semitic prophet-devil, calls the “trouble with language.” As Sam puts it, just as the divine name is so holy as to be unutterable, so, too, language that derives from God’s name is unspeakable, the implication being that human beings are altogether too insignificant to seek an understanding of God or truth and that the only meaningful way to exist is to submit to a state of unknowing.

Without language, the world that Sam inhabits devolves into something terrifying. Everywhere there is rupture. Families are torn apart, and there is no knowing why or how, no knowing at all. Comprehension is beyond reach, rendering intimacy impossible and loneliness inevitable. Indeed, the language crisis in this novel is also a metaphor for other crises — of faith and the dissolution of family — that afflict Sam.

Once a naive believer who submitted unquestioningly to his religion — defined by the bizarre directives sent via radio transmission to the Jew hut — Sam begins to question his faith. “I did not give up on my religion,” he says. “I found only that I no longer required reminders, assertions, repetitions, harangues. Nothing outside myself. Whatever I believed played on inside me with no help from a radio.”

Despite the bleakness of a world devoid of language — the grayish landscapes described in this novel, woods consumed by darkness, towns emptied of families — Sam finds comfort in the wordlessness not only of his surrounding, but even of his thoughts:

I heard nothing and said nothing, read and wrote nothing, and in time my thoughts followed into this hushed hole. I’d never much thought in sentences anyway, but there were always single words, phrases, sometimes lists, and these fell away until what passed for thoughts were swooshes of sound, hisses whose meanings were clear to me and needed no decoding into language.

And yet, he cannot escape the “craven desire to speak, to write, to be heard.” His attempts at reinventing language falter, and instead he must make use of the only cure that exists, which comes by way of a serumlike substance derived from the immune children. The serum is procured by inducing in the children a fear that causes hyperventilation, during which they expel some of the precious liquid. Its name, ironically enough, is “Child’s Play.” To facilitate communication, one must imbibe some of this syrup — but obtaining it entails not only frightening the children, but also robbing them of their capacity to think and understand.

This annihilation of thought is the final frontier of the disease. Indeed, Sam wonders, years after the outbreak of the epidemic, why it wasn’t even worse, why people weren’t simply “gutted of thought” altogether. After all, wasn’t thought the “first poison”?

Writers and thinkers from Saint Augustine to Paul Celan have lamented the limitations of language, the fallacy that is communication. The theme is hardly new territory for Marcus, whose earlier books play with language as a literary device, but this is the first time the subject informs the content, rather than the structure, of his work. In this novel, which, unlike his previous works, is written in linear, narrative form, the author questions our notions of thought as somehow uncontaminated by the mechanistic forces of life. Characters and even the storyline are secondary, and the novel’s strength lies in its evocation of one man’s search for meaning in a wordless universe.

In the end, Sam can find no relief in faith or intellect, articulated or not, for the aching loneliness he feels, the pangs of longing for his wife and daughter. As he waits to be reunited with his family, he listens not for words, not for secret communications, but for the footsteps that will signal the return of his family. When the family is finally whole again, Sam says, he “will not need to speak, to read, to write.” Perhaps Marcus is suggesting that, more than language and the capacity to communicate, what makes us human is loneliness itself.