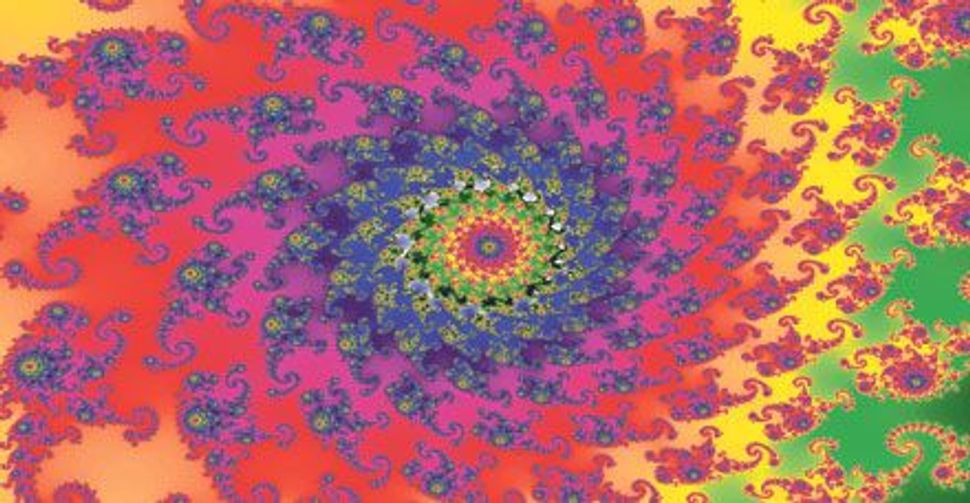 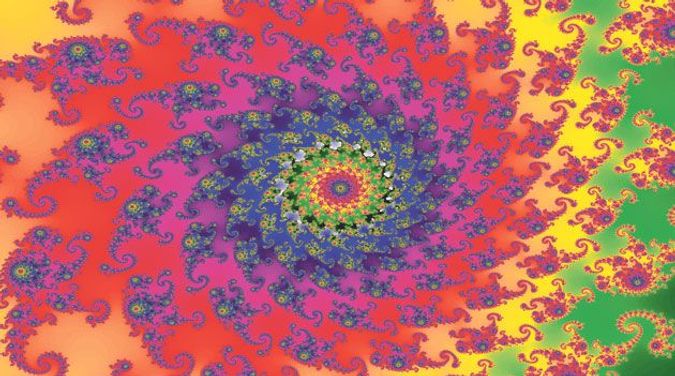 Too Much to Dream: A Psychedelic American Boyhood
By Peter Bebergal
Soft Skull Press, 232 pages, $15.95

Jewish culture has always sought a balance between texts of the halachic, or legal realm, and those of the Aggadah, or narrative. Not only does the Aggadah explain the larger purpose of law, but it also documents private moments that define religious meaning in the spaces within and beyond the law. From the laconic agony of Isaac to early modern stories of magical Hasidic masters and beyond, a vibrant world of stories describing individual quests for meaning provides the blood that flows through the Jewish communal body.

Fiction, film, music — and the arts as a whole — manifest an important part of such circulation of real-life experience and desire through Jewish forms today, and this is where recent books like Alan Kaufman’s “Drunken Angel” and Peter Bebergal’s “Too Much to Dream: A Psychedelic American Boyhood” come in, and why their stories are important.

Kaufman and Bebergal share early and all-but-deadly addictions to drugs and alcohol — elixirs that help them dull the psychic pain generated by their sensitivities to the world and act as stimulants for bodies hungry to test many boundaries. For many of the same reasons, both men are artists. As they recover from deep and dark addictions, Bebergal and Kaufman find creative voices to carry their sensitivity and hunger while hanging soberly on to the world.

Kaufman, son of a French Holocaust survivor, came of age in the Bronx in the 1960s and ’70s. Literature shaped his imagination and provided respite from haunted, abusive parents and his own constant churn of anxiety and anger. Starting from his teenage years, Kaufman — who also wrote the books “Matches” and “Jewboy” — describes wild and dangerous binge drinking as powerfully as masters of the genre, like Charles Bukowski and Frederick Exley. Even as he inhabits the literary and artistic circles of New York and Jerusalem and serves in the Israel Defense Forces, his life drowns in years of blackouts, fights, money roundabouts, trampled relationships and a battery of blows to an increasingly bruised body. The first half of the book, documenting this journey, is unsparing and left me both thirsty for more and physically nauseated.

Bebergal — a Boston-based writer who previously co-wrote “The Faith Between Us: A Jew and a Catholic Search for the Meaning of God” with Scott Korb — came of age in the 1980s, the child of a Jewish family already ensconced in the suburbs. Essentially a generation later than Kaufman, his obsessions and medicines reflect his era. Dungeons & Dragons merges with comic books, punk and psychedelic music to transform Bebergal from a geeky teen experimenting with a fantasy world in his parents’ basement into a street urchin, copping drugs on Boston Common. Bebergal’s taste for mysticism is fed in particular by abuse of psychedelic drugs. Frequent dabbles in everything from the occult and tarot to New Age-infused Kabbalah leave him in a constant state of spiritual agitation. It is a descent into drugs and magic as dizzying as Kaufman’s journey into alcoholism.

As volatile — indeed addictive — as books about users spiraling to rock bottom can be, books about recovery often offer the opposite experience. Flattening language with recovery and self-help jargon while also cleaning up narrative ambiguity, authors writing about recovery cannot help but preach 12-step truth. This is the challenge of much of the second half of Kaufman’s book. While “Drunken Angel” manages to carry a difficult character with grace and sympathy to a satisfying resolution, the ending is nevertheless the weakest part of the book.

Bebergal takes a different and far more compelling track by weaving his personal story of falling apart and coming back together into a mix of expert music commentary, iconoclastic research on psychedelics and a variety of New Age pursuits. His reflection and analysis include interviews with mainstays on many elements within these topics — from Wavy Gravy and Dennis McKenna to Mark Tulin of the Electric Prunes, the band whose song “I Had Too Much To Dream Last Night” gives Bebergal’s book its title.

Much of Jewish public conversation concerns policies and numbers: in other words, the Halacha of Jewish life. We are concerned with affordability, training and investment required by Jewish institutions; who is engaged with Israel and why; determining which populations require the most support or enrichment. But communal systems cannot flourish where their only narratives are numbers and rules. For true vibrancy, communities require human stories — of suffering and triumph, conflict and euphoria, humor and love — to ensure that a community understands its own depth and complexity.

Kaufman and Bebergal offer specific and idiosyncratic understandings of how Judaism launched their respective descents and how it provided opportunities for spiritual balance when they were sober. Their brave and at times stunning accounts make visceral the volatility of people who fall through the cracks of the law. This makes for wonderful contemporary Aggadah.

The grand narrative of Jewish culture in North America — now layered with nostalgia and myth — was emigration from the Old Country followed by struggles and success. While other dominant Jewish narratives like the Holocaust and the State of Israel remain cogent to many on this side of the ocean, these are generally not the personal stories of the people who live here. Part of the madness each author battles comes from finding a way toward a personal story that makes sense in a world where collective and communal histories do not.

“All your suffering comes from trying to pretend that you are sane,” one of Kaufman’s Alcoholics Anonymous sponsors tells him during a difficult moment in his rocky journey to health. Jewish culture benefits greatly from the stories of two wounded souls seeking healing and a truth greater than themselves — even if this means risking insanity and ostracism. Such stories inspire readers to examine their own complacency within the “law” and, for those who might feel particularly lost and alone in the status quo, shape a conversation challenging the constraints of society while also heightening its magic in the ways that the Aggadah always has.

Stephen Hazan Arnoff is the executive director of the 14th Street Y in New York City and founding director of LABA: The National Laboratory for New Jewish Culture.