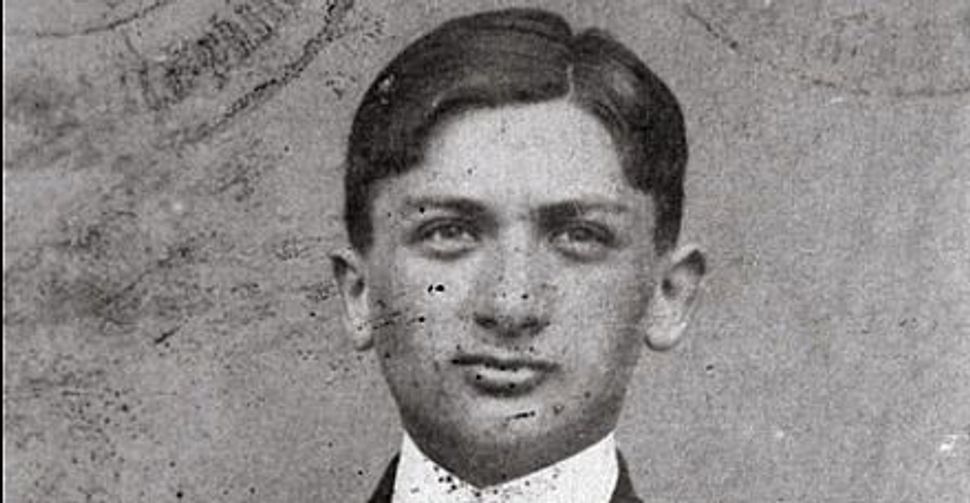 A terminal alcoholic who drank himself to death in 1939 at age 44, Joseph Roth, whose ideas about Judaism were often complex and contradictory, has long been an object of fascination. With the publication of his letters, attention has redoubled on the novels and journalism of that passionately pugnacious Austrian-Jewish writer. 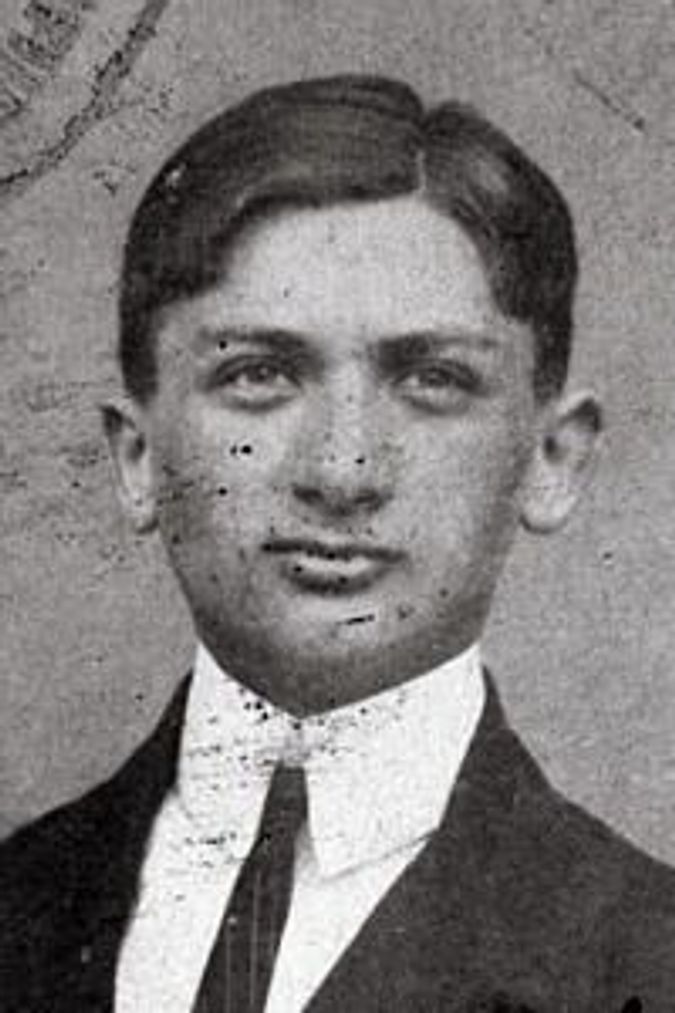 His work, and especially “Radetzky March,” which is a 1932 military opus steeped in nostalgia for the Austro-Hungarian Empire, and a book-length reportage, “The Wandering Jews,” from 1927, about Eastern European Jewish migration, has benefited for decades from lucid commentators. Notable among them is the Italian Germanist Claudio Magris, whose 1971 “Far From Where?: Joseph Roth and East European Jewish Tradition” is still untranslated into English, although a French version did appear in 2009.

Using letters, as well as literary works, Magris locates the source of Roth’s permanent anguish in the double loss of the Jewish shtetl and an idealized Austro-Hungarian Empire. In Roth’s case, his shtetl was the Jewish community of Brody, Galicia, now in Western Ukraine, where a significant Jewish population would be murdered during World War II.

While waiting for an overdue English translation of Magris’s book, which contrasts Roth’s depiction of shtetl Jews with those of Sholem Aleichem and Isaac Bashevis Singer, we can relish the new and recent publications reproducing and analyzing his letters. The most important of these is “To Me All Friendships Are Perishable: The Joseph Roth-Stefan Zweig Correspondence,” out last October from Wallstein Verlag. Edited and annotated by Madeleine Rietra and Rainer-Joachim Siegel, the work underlines Roth’s multifaceted relationship with Zweig, a fellow Austrian Jew who was a friend and a financial supporter.

In a chapter of “I Loved France Like a Second Homeland: New Studies on Stefan Zweig,” a December 2011 volume from Königshausen & Neumann Verlag, Siegel sums up his work on this long-anticipated new edition of the Roth-Zweig letters. His aim in the volume was to supersede the expurgated and bowdlerized collection of Roth’s letters previously published in 1970, an essential but deeply flawed and outdated item in the Roth bibliography. The 1970 edition was prepared by Hermann Kesten, a faithful friend of Roth who, as well as committing errors of transcription, deliberately omitted certain passages as offensive or libelous to people then still alive.

Unfortunately, the sole English volume, “Joseph Roth: A Life in Letters,” which came out in January from W.W. Norton & Company, uses the defective Kesten edition as its entire textual basis. It’s translated by German poet Michael Hofmann, who, born in Freiburg, studied in England and translates prolifically into English. Hofmann divides his time between London and Gainesville, Fla., where he teaches at the University of Florida. In translating a 1932 letter to Zweig, Hofmann faithfully reproduces Kesten’s edition, according to which Roth writes: “If the […] Jewish scribblers trash me, than I have no money…” As the Rietra and Siegel edition shows, the missing word is the indeed offensive, “saujüdischen” (pig-Jewish; Jewish-piggish), adapting a German expression of institutionalized Jew hatred dating back to the Middle Ages, as Isaiah Shachar explains in scholarly depth in his 1977 “The Judensau: A Mediaeval Anti-Jewish Motif and Its History.”

A little later, in a 1933 letter, Roth informs Zweig, as rendered by Hofmann, “I was startled to note that little […] Ebermayer was your friend.” The Rietra and Siegel edition reveals that the word omitted by Kesten and Hofmann was “homosexuelle,” homosexual. Erich Ebermayer, a writer and Nazi sympathizer, would later write a memoir gloating about how he had successfully urged Zweig to explore the theme of variant sexuality in fiction.

These and other missing words in “Joseph Roth: A Life in Letters” might be explained by a translator’s preface dated January 2011, which, although noting the inadequacies of Kesten’s edition and how it is “a little strange” that no better edition exists, adds, “Kesten, though, was not a scholar — and nor am I.” This candid admission does not explain how in a university setting Hofmann managed to avoid hearing or reading about the ongoing project of a new edition of the Roth-Zweig letters in his homeland. Or even traveling to Fredonia, N.Y., where all of Roth’s surviving messages to Zweig repose in the Daniel Reed Library of S.U.N.Y., Fredonia, readily available for consultation.

Hofmann has shown no such lack of initiative in translating several other books by Roth, which readers who know no German, including South African Jewish Nobel Prize winner Nadine Gordimer, have enjoyed and praised. Some of those who do read German have been more measured, such as Ritchie Robertson, an Oxford University expert on Austrian literature who in response to Hofmann’s translation of Roth’s “What I Saw: Reports From Berlin 1920–33” — the same publication lauded by Gordimer — opined in the Times Literary Supplement that Hofmann’s “translation is readable, fluent, spirited, with many well-chosen phrases, but often so free as to conflict with the translator’s prime duty of accuracy. Scrutiny reveals innumerable small departures from the original…. Worse, Hofmann muffles Roth’s trenchancy by adding extra words and even journalistic clichés…. There are also outright mistakes.”

Other translations of Roth, such as Joachim Neugroschel’s 1996 “The Radetzky March” from Everyman’s Library, or Ross Benjamin’s “Job: The Story of a Simple Man” from Archipelago Books in 2010, may indeed stand up better to close critical scrutiny than Hofmann’s.

Despite such matters of translation quality and accuracy, “Joseph Roth: A Life in Letters” does allow us to appreciate Roth’s relationship to Yiddishkeit through his closeness in the last years of his life with Soma (Salomo) Morgenstern. He was another Galician-born Austrian Jew who later published a touching memoir, “Joseph Roth’s Flight and End,” whose title is a takeoff on the acclaimed Roth novel, “Flight Without End.” The memoir by Morgenstern, whose son Dan is a Grammy-winning jazz historian at Rutgers University, also appeared in a French version in 2003 but has yet to be translated into English.

Describing debates over Judaism and anti-Semitism with the ever-confounding Roth, Morgenstern portrays his mercurial friend as insightful yet childlike, candid and lying, endearing yet unbearable. We see that unlike a convinced Jewish anti-Semite such as French novelist Irène Némirovsky, who would be murdered in Auschwitz, Roth had a stormy yet exalted love affair with things Jewish. Joseph Gottfarstein, born in Prienai, Lithuania, a student of the Talmud and Kabbalah whose family name suggests a striving to understand God (Gott fershtayn), was another friend like Morgenstern. A teacher and translator of I. L. Peretz into French, Gottfarstein was an infinitely patient, devoted confidant. The fresh focus on Roth’s letters makes it plain that the troubled, tragic Roth was lucky in his friends, just as he has been in his literary posterity.