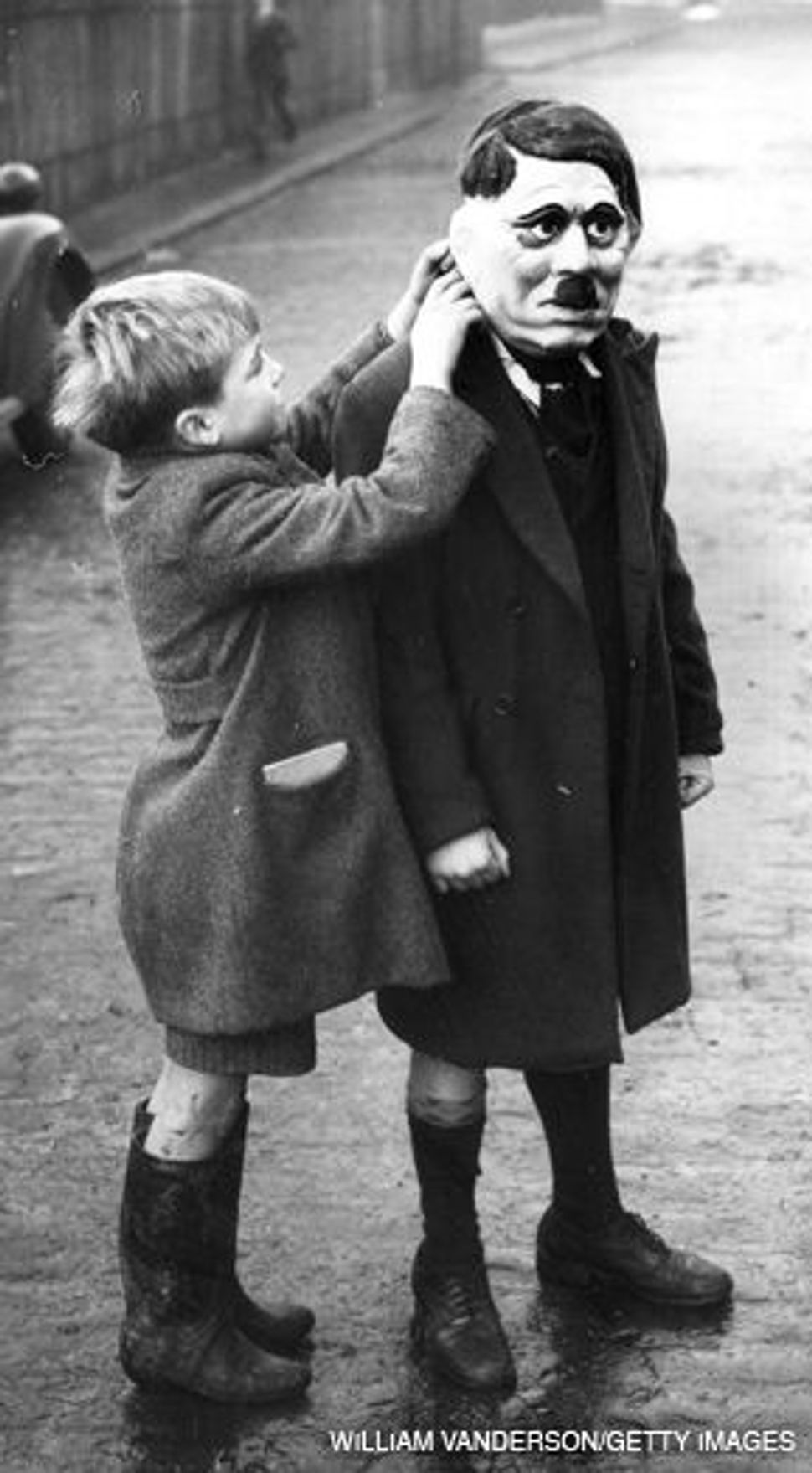 JUST KIDDING: Boys in London in 1938 play at being Fuhrer. 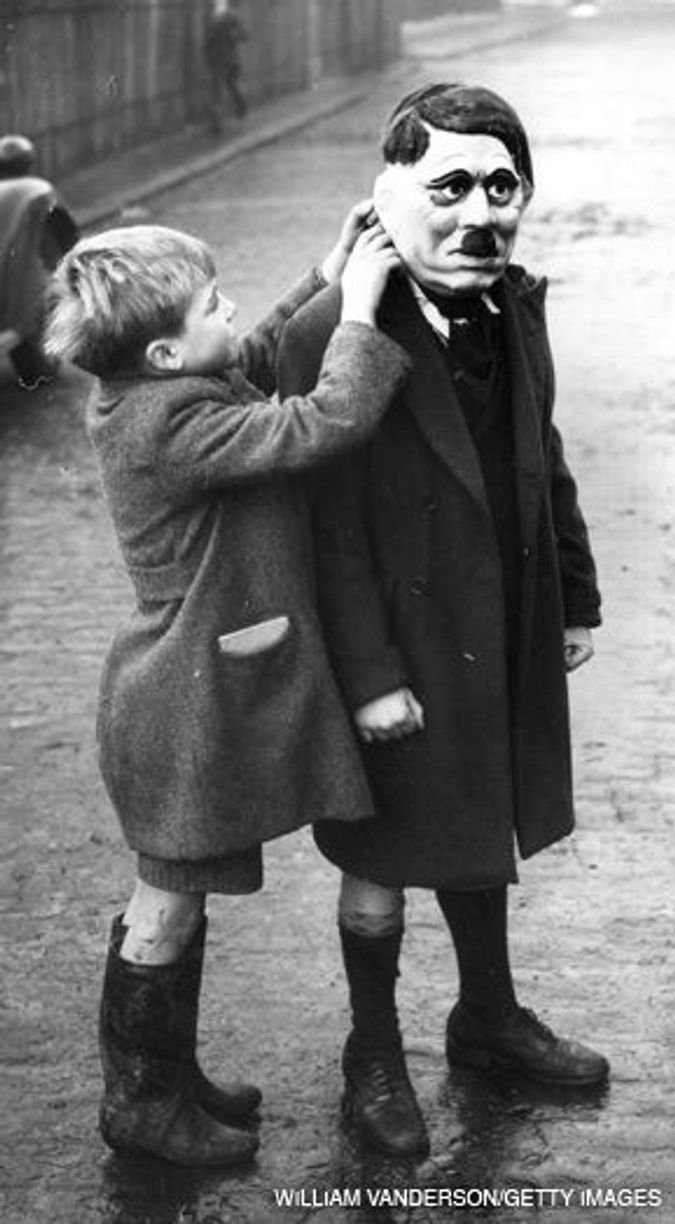 JUST KIDDING: Boys in London in 1938 play at being Fuhrer.

Dr. Eduard Bloch had the dubious distinction of serving as the Hitler family physician when Adolf was a boy (from about 1903 to 1907). As a result, he became the only known Jew whose escape from Europe was enabled by Hitler himself. Author Jay Neugeboren learned about Bloch while reading Ron Rosenbaum’s “Explaining Hitler: The Search for the Origins of His Evil” (Random House, 1998), and integrated Bloch’s story into a novel he was already writing about Elizabeth Rothman, a medical illustrator working with surgeons at Johns Hopkins in the 1930s and ‘40s.

The result was “1940,” one of the rare period novels with characters drawn so deeply and empathetically that you wish you could have met them in their time. Michael Chabon’s “The Amazing Adventures of Kavalier & Klay”(Random House, 2000) is a wonderful example of such a novel, and “1940” equals Chabon’s modern classic in its complete and uncompromising affection for its characters.

The doctor’s treatment of Hitler’s family opens up an abundance of themes: Would such a person be burdened with “survivor’s guilt” that dwarfed that of other survivors? Did he see in the young Adolf any signs of the quintessentially evil murderer he became? Did he see positive traits that made his later crimes seem more inexplicable? Did he feel any responsibility for subsequent events in light of his relationship with Hitler’s family?

These highly charged themes are explored and played out against the growing intimacy of the doctor’s relationship with the much younger Elizabeth and her troubled son, Daniel. Like Bloch, Elizabeth is a richly drawn character, a talented medical illustrator who fiercely protects her son from the institution to which he has been sent and from her arrogant ex-husband (also a doctor), as both wish to force Daniel to undergo emasculating surgery, supposedly for the protection of himself, his possible progeny and others.

Neugeboren skillfully alternates chapters between first-person passages from Bloch’s journal and third-person narration of Elizabeth’s story. As a result, we learn significant events outside the doctor’s knowledge, but we are also privy to the doctor’s rich and powerful interior monologue, listening in on his memories of his treatment of Hitler’s family, his growing affection and then love for Elizabeth, and his indignant but coolly rational response to his critics. The journal entries have the dispassionate tone of a dignified European physician, but his formal prose cannot disguise the profound emotions that lead him to pursue the much younger Elizabeth and take the risk of sheltering the fugitive Daniel.

Elizabeth also appears to be dispassionate in her work as a medical illustrator, drawing meticulous representations of the heart-rending (terminally ill young children) or the graphic (an opened torso during surgery). And yet, she constantly tries to achieve a deeper truth by following the advice of her mentor, Max Brödel, a medical illustrator who ran the Johns Hopkins School of Medicine’s first academic department of medical illustration, on drawing a surgical procedure:

When you attempted to capture on paper what was, in the fleeting moment, taking place in front of you, your attention was distracted from life itself — from the living human being who was there, and whose essence lay in things beyond what was literal.… It was the accumulation of impressions firmly planted in the mind, he taught… that allowed one to truly see. In “1940,” Neugeboren achieves Brödel’s goal through his own vivid representation of characters whose “essence lay in things beyond what was literal.” He succeeds in taking historical figures about whom little is known, and making them complex, multidimensional characters whose “essence” is revealed in a series of paradoxes. The doctor remembers young Adolf as extremely sensitive and devoted to his mother and his sister, and it’s jarring to read warm descriptions of the youth of a man whose name is now synonymous with evil. Readers must continually remind themselves that Hitler’s adult monstrousness was not necessarily evident in young Adolf, and that the doctor’s actual memories reflect this.

These dualities of light and darkness, good and evil, rational and irrational also reveal themselves in Elizabeth’s struggles with her missing father, her son and her ex-husband. Her father was one of the “sandhogs” — workers who toiled deep underground to build the New York subways at the turn of the past century — who spent their days in darkness but created a vital part of the speed and light of New York for the new century. As a child, Elizabeth actually spent time beneath the streets with him, and her memories — warm in the hazy light of years — disguised the fetid, rodent-infested reality of the world underground, just as Bloch’s memories of young Hitler were a jarring contrast to the horror that he was only beginning to create in 1940.

This link to the underworld is carried on through Daniel, who is hidden by Elizabeth and Bloch after he escapes from the institution that was planning his surgery. Fascinated by manhole covers, Daniel wanders the streets of New York studying them, marveling at their artistry and diversity, and then returns home to sketch them from memory, completely absorbed in their history and design and by the mysteries of the world beneath. Yet despite Daniel’s intelligence, ingenuity and sensitivity, a dark underworld haunts his unconscious, and his curiosity leads him deeper into its void.

Bloch himself is stalked by a group of early Freudian analysts who seek to blame him for what Hitler had become. According to this group, Hitler was violently turned against the Jews because of the doctor’s treatment of his beloved mother, who ultimately died of breast cancer. In a primitive Oedipal analysis, the group posits that Hitler confused Bloch with his father, and so he made him into the “incestuous poisoning murderer” of his mother when she died. Neugeboren eloquently sets forth the doctor’s dignified outrage at this notion:

That Adolf Hitler might have borne me some conscious or unconscious measure of ill will because his mother suffered while in my care is surely possible; but that his gratitude to me for the comfort and solace I gave to her is a mask for a hatred so large that it was capable of spawning the Nuremberg Laws, Kristallnacht, and numerous other acts of brutality, expropriation, deportation, and murder that he and his barbarous regime have perpetrated against the Jewish population, would seem laughable were not the charges as lamentable as the situation from which they derive.

In one of the many ironies of the book, Daniel is fascinated by Hitler — who at that moment was ordering the deaths of thousands of Germans suffering from conditions similar or identical to his — and is attracted to American sympathizers, such as Charles Lindbergh. A potential victim of eugenics is drawn to the actual perpetrators of it and, in a devastating denouement, encapsulates both roles (that is, victim and perpetrator). At the same time, Elizabeth’s father emerges from underground, reveals his grim secret and lashes out in a sudden, unexpected burst of violence.

The spasm of mayhem leaves Bloch and the reader mystified about good intentions gone awry and the darkness and violence just beneath the surface — violence that can erupt from a troubled youth or a sick old man, or even from a boy who, devoted to his sister and mother, grows up to perpetrate mass murder on a scale previously unknown. Like Bloch writing in his journal, the reader is left wondering about the endless complexity of what lies below, what lies above, and why the two can never remain completely separate.

Peter Janovsky is a writer, a partner at the law firm of Zeichner Ellman & Krause LLP and an educator.