No Lines in Sand for Eli Valley 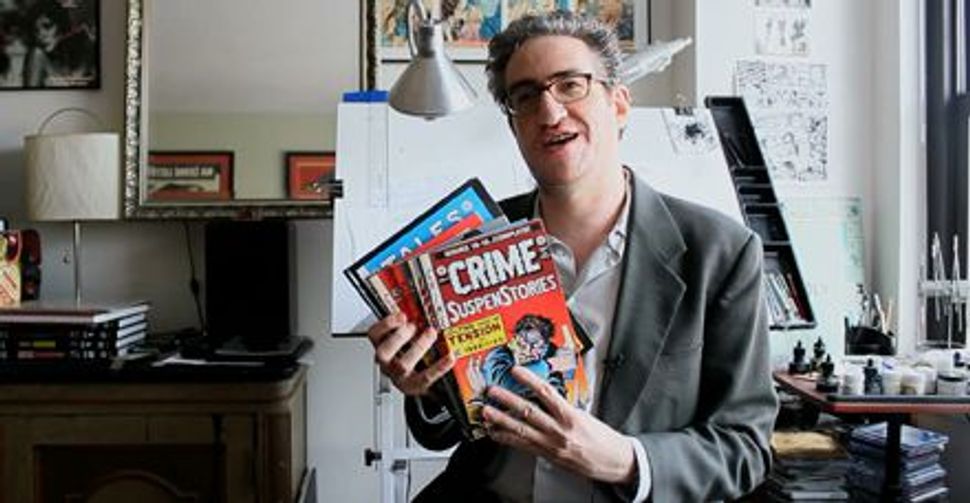 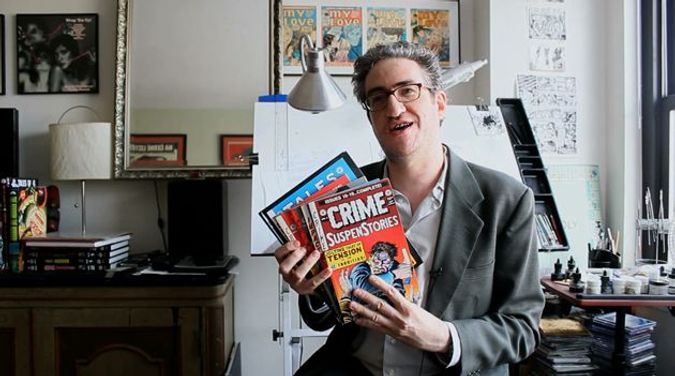 When New York satirist and cartoonist Eli Valley heard about the Israeli anti-Semitic cartoon contest six years ago, he sent in the following cartoon: a grotesque Jew with two penises simultaneously sodomizing a Muslim woman and a Christian woman who are crying out to Allah and Jesus to save them. With one hand the Jew is creating massive tsunami waves and with the other he is launching a plane at the Twin Towers. On his head is a skullcap, and his testicles emit an odor of garlic, borscht and the tears of virgins.

The Israeli contest was launched in the aftermath of the uproar in Denmark surrounding a cartoon depiction of the prophet Mohammed, and after an Iranian newspaper announced a cartoon competition on the Holocaust. In response, playwright and actor Eyal Zusman approached Israeli cartoonist Amitai Sandy with an idea for an Israeli anti-Semitic cartoon contest to freshen up the world’s store of anti-Semitic images and to prove to everyone that Jews do it best. And it worked. Dozens of Jews from all over the world sent in cartoons − and Valley was one of them. At the time he was a young writer and had never planned on reviving his career as a comic book artist, which he had set aside.

“I got interested in comics when I was a kid, but it never had a Jewish dimension to it,” he recalled during a recent visit to Israel. “I drew cartoons in college, more political stuff, but I stopped after graduating. I got tired of the format of the single-panel response to current events − cartoons that relied on and reacted to the news.”

And then you heard about the contest?

Valley: “Yes, and it was the first time I’d done any comics in 10 years. Not that I didn’t doodle here and there, but I didn’t do any real art; it was just for fun. I hadn’t used brush and ink in years. For the contest I drew on cheap paper and used a copy machine and Wite-Out to fix the mistakes. It was very primitive − I had to do it fast, there was a tight deadline − but it was also visceral, and the result and the response made it worth it.”

Valley: “It wasn’t quite like that. You don’t make a career out of drawing a Jew with two penises. At around that time a new website called Jewcy was looking for different voices, young and fresh takes on Jewish culture, and they liked what I had to say. Suddenly I had a readership. I started drawing more complicated comics. What I do today, even though it’s reactive and angry in a sense, allows me to work in a much more creative dynamic than I could with just the single panel, because I can tell a story. That’s what I love about comics: They allow a much broader form of expression than the single-panel political cartoon, despite the glorious past and tradition of political cartoons.”

No Lines in Sand for Eli Valley