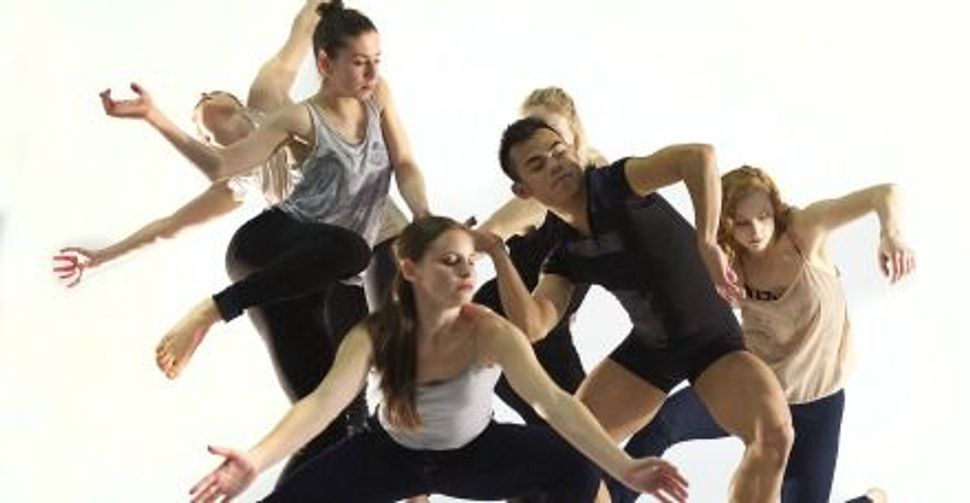 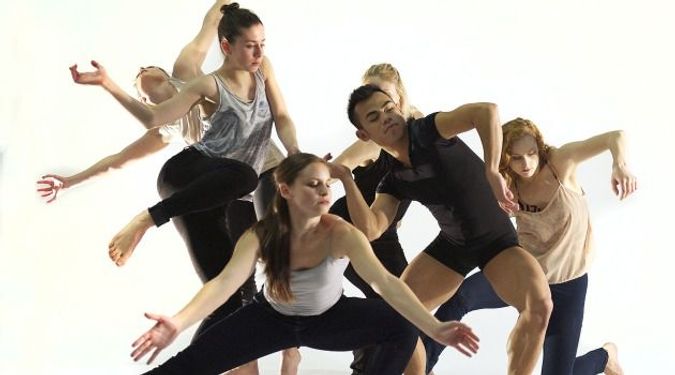 He?s Got Company Paul Gordon Emerson was so bowled over with Israeli choreography, he vowed to showcase it in the U.S. Image by paul gordon emerson

When the brash new Company E marks its debut with an all-Israeli program of choreography, someone notify the fire inspectors of downtown Washington, D.C. “I wanted to pick work that will set your hair on fire,” former government policy wonk turned choreographer and producer Paul Gordon Emerson said about why he set his sights on a cadre of Israeli choreographers for his latest dance startup.

“I realized that there’s something in the water [in Israel],” said Emerson, who previously led the recently shuttered repertory company CityDance Ensemble on State Department- and embassy-sponsored cultural diplomatic missions to Bahrain, Belarus, Kazakhstan, Peru and the West Bank’s Ramallah. Since his first encounter with Israeli choreography two years ago, while on the company tour to Ramallah and Jordan, he was so bowled over by the breadth of work coming out of Israel that he vowed to find a way to bring a program to America. “There’s more genius coming out of that one small piece of geography than there has any right to be,” he stated. “So when we decided on a series of projects reflecting on national identity, it was obvious to me where to start: Israel.” 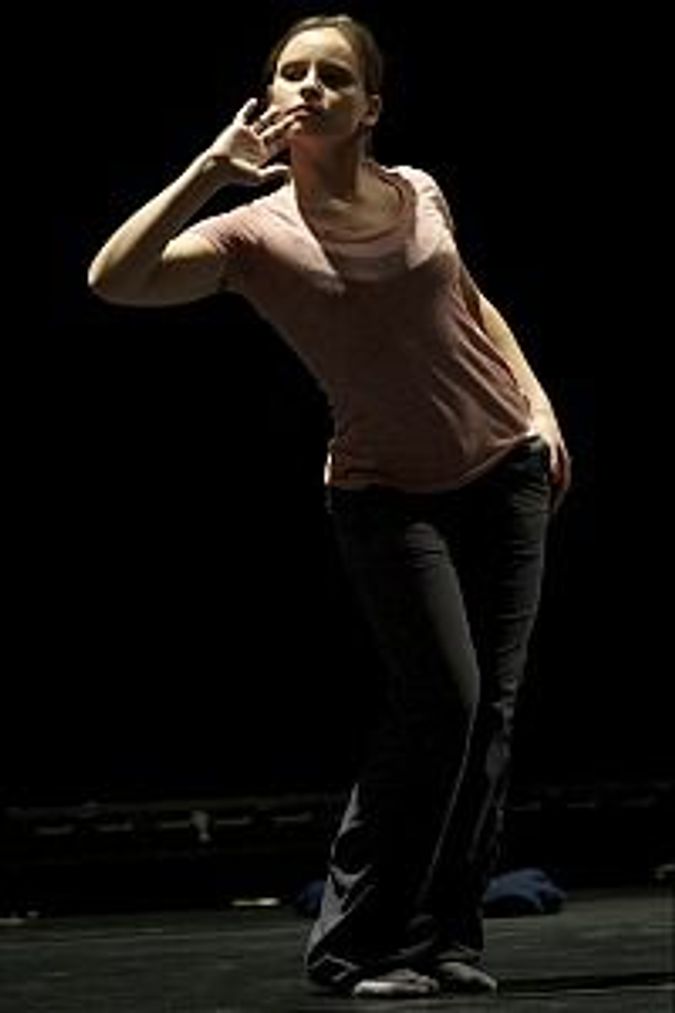 “Next: Israel” opens at the Shakespeare Theatre Company’s Sidney Harman Hall on February 25. The program draws attention to the cutting-edge sensibilities of dance in Tel Aviv and around the country. Emerson’s Saturday showcase features contemporary dance works by just a few of Israel’s most progressive choreographers: Ohad Naharin, critically acclaimed artistic director of Israel’s best and most important dance troupe, Batsheva Dance Company; Sharon Eyal, Batsheva’s choreographer-in-residence, and Yossi Berg, a Batsheva alum who has worked in London with the physical theater company DV8 and who now collaborates exclusively with dancer and choreographer Oded Graf.

Thanks largely to the innovative training methods of Naharin, whose Gaga principles of movement have spawned a generation of fearless, fierce and compelling dancers and choreographers, Israeli dance has become one of the nation’s major cultural exports. The nation’s companies and choreographers tour Europe and the Far East frequently and have done so for years.

American audiences and presenters, though, are just beginning to recognize this dance talent. Like Emerson, Company E dancer Kathryn Pilkington credits the Israeli context for the talent and creativity she’s experienced there. “I think the difference is that the art in Israel is so supported by the whole community. Artists in Israel… don’t have any boxes, they can feel free to explore, more so than what I’ve experienced here in the U.S. They’re just light years ahead of us dancewise, and it’s pretty incredible the amount of talent and artistry that comes from everybody over there.”

In Washington, Company E tackles two older works by Naharin. The dynamic “Black Milk,” his 1985/1991 male quintet (and not an allusion to Paul Celan’s use of the phrase in his seminal “Death Fugue”), contains a hypnotic power with its ritualized structure, unbridled physicality and mystical underpinnings that resonate with both ancient and modern sensibilities, and radiate tribal and individual feelings. And there’s the 2006 idiosyncratic women’s quintet “George & Zalman,” where the dancers’ sharply etched gestures accumulate into complex phrases set to American poet Charles Bukowski’s cynical anthem, “Making It.” The program also features “Most of the Day I’m Out,” a boldly confrontational duet that (choreographed in 2001 by Berg) is at turns humorous and violent in its unrestricted and raw hand-to-hand combat.

The evening’s centerpiece comes from Eyal, who in less than two weeks took apart and rebuilt her 2009 tour de force “Killer Pig,” made for the Norwegian troupe Carte Blanche, reimagining it especially for Company E’s dancers. This stunner of a spectacle belies all expectations by pushing its eight dancers out of pristine balletic steps and into high-energy, stage-engulfing leaps, dashes and lunges. The dancers are awkwardly gawky and undeniably beautiful as they speed through near-mathematical computations of complex steps.

While “Killer Pig,” originally performed by a powerful all-female cast, once suggested feminist connotations, Company E’s mixed casting subverts these. Yet Eyal was adamant that gender never had been on her mind for the choreography: “For me it’s not female or male,” she said in a conversation with the Forward during a rehearsal break. “For me it’s richer than that: It’s bodies and language and different qualities. I never look at men and women. Of course, they’re different, but in our vision actually we sometimes erase the gender.”

A Batsheva dancer for 24 years, Eyal arrived at the company as a teenager just one month before Naharin took the helm. Today she still dances occasionally with Batsheva and has become a sought-after choreographer in Israel and abroad. Eyal spoke about her artistic projects only reluctantly — because she doesn’t like to reveal too much to audiences, preferring that they experience the dance without preconceptions. Her chief interest, she said, lies in molding and shaping the dancers into a coherent choreographic vision. “I’m not so interested in the formula of dancing,” she explained. “I’m more interested in the human approach to things, the directions, the eyes, how people react and the generosity of [the dancers].”

For her, creating dances is about making connections — with dancers and between those with whom she works. She added, “Movement is the best when it comes from an approach… how they come into the studio, how they look when someone is talking, how they will start a movement, finish the movement, go through the movement, thinking and feeling the movement and how they connect to the inside… without performing.”

This approach gives the work a distinctive quality that is both emotionally rich and draining in its rawness. For Pilkington, dancing “Killer Pig” has been like learning a new language. “The way that Sharon moves and the vision she has of her choreography is so different; she would say, animal,” Pilkington said. “You have to let yourself learn how to live in a different world” to dance it.

Emerson hopes the Washington debut of “Next: Israel” will be the beginning of a project that brings Israeli contemporary dance to major cities throughout America. This onetime congressional staffer said he isn’t concerned about the usually small bands of political protesters that follow Israeli artists on tour. “Art has always been a catalyst for conversation: agreement, disagreement, enlightenment, argument,” he noted. “And as much as I’m political about most things in my universe, sometimes we have to recognize that great art is enough, that a single individual who is inspired can change your world just by his or her genius.”

Lisa Traiger writes about the performing arts for The Washington Post and Dance Magazine, among other publications.