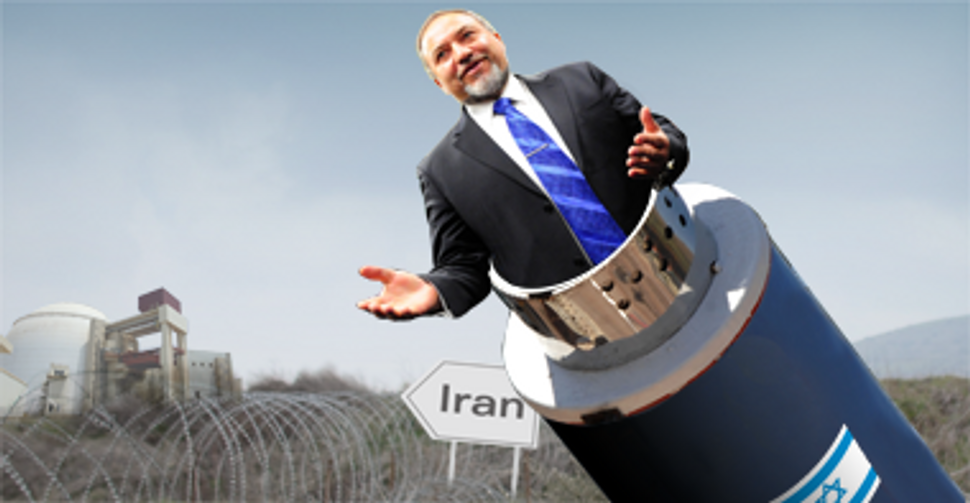 “Israel does not seek war, but the security of our people is paramount,” said Mark Regev, a spokesman for Israel’s prime minister. “We will not rule out using Lieberman on Iran’s facilities. All options are on the table.” 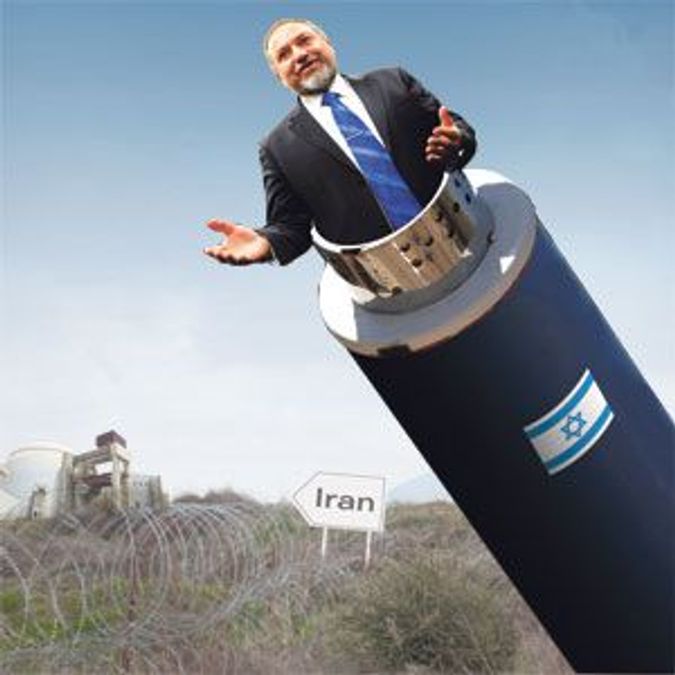 Mutual Assured Demagoguery: Avigdor Lieberman will not shake the hand of any Iranian mullahs he passes as they simultaneously retaliate against his attack. Image by Backward

Though international observers have long suspected that the Jewish state has stockpiles of weapons of mass destruction, Israel had been coy on the subject until 2009, when Lieberman, the firebrand leader of the Yisrael Beiteinu party, was appointed Israel’s foreign minister.

Analysts say that the threat to deploy Lieberman suggests an escalation of the conflict.

“I think most people assumed that Lieberman was just for show, and that Israel would never seriously consider using him,” said Daniel Shabtai, an analyst at the Institute for Middle East Studies. “Even the threat of deploying such an explosive figure raises the stakes significantly.”

Though Iran does not deny that it has a nuclear program, it has long maintained that the program is for peaceful purposes.

“We just need an extra power source, that’s all,” Iranian spokesman Ahmed al-Birjani said. “Angry Birds has gotten really popular, and people need a lot more electricity for their iPads.” He added that the nuclear facilities had all been buried in reinforced concrete underneath mountains, “in case it rains.”

American officials warn that if Israel does, in fact, launch Lieberman, Iran could retaliate.

“Iran has been stockpiling its own extremists for years,” said Dora Bennet, assistant undersecretary for Mideast Affairs in the U.S. State Department. “If Iran decides to respond by dropping Mahmoud Ahmadinejad on a densely populated city like Tel Aviv, the repercussions could be catastrophic.”

Shabtai added that such a violent outbreak might leave Israel at a disadvantage.

“Although Israel has been stockpiling extremists at an increasingly rapid rate, they still can’t hope to compete with Iran’s supply of extremist mullahs,” Shabtai said.

In what some observers saw as a shot across Israel’s bow, Ahmadinejad recently warned in a speech that Iran could loose a rhetorical torrent that would “turn the land of the Jews into a raging holocaust… whatever that is.”