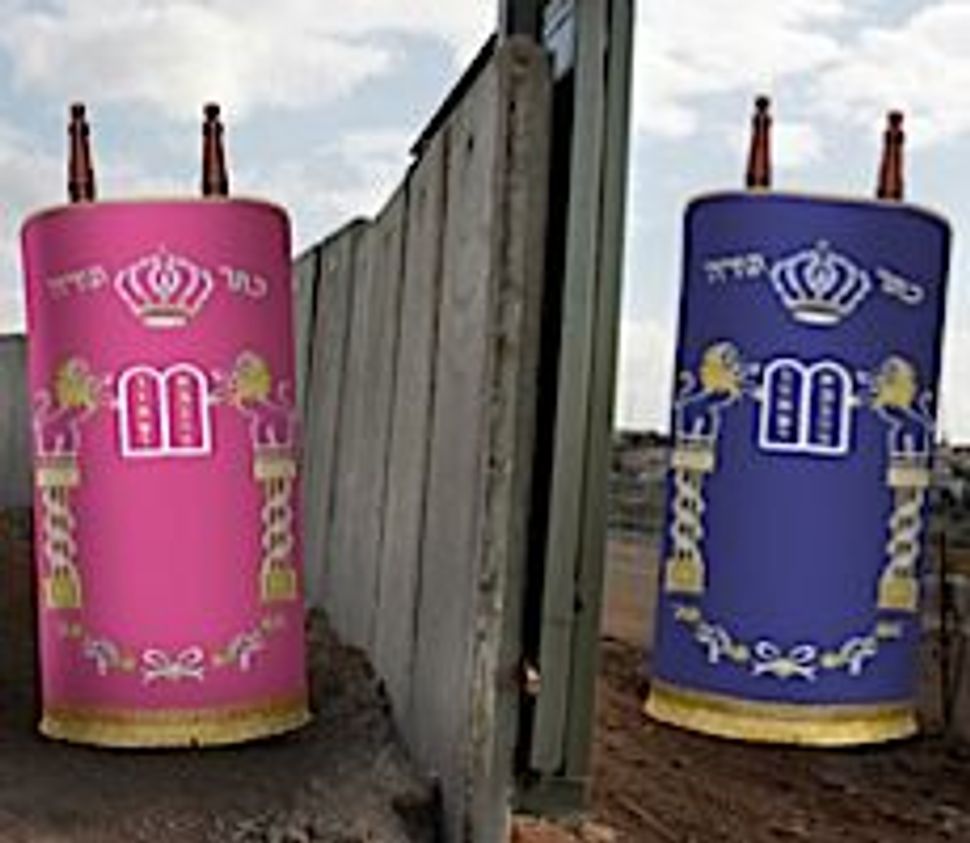 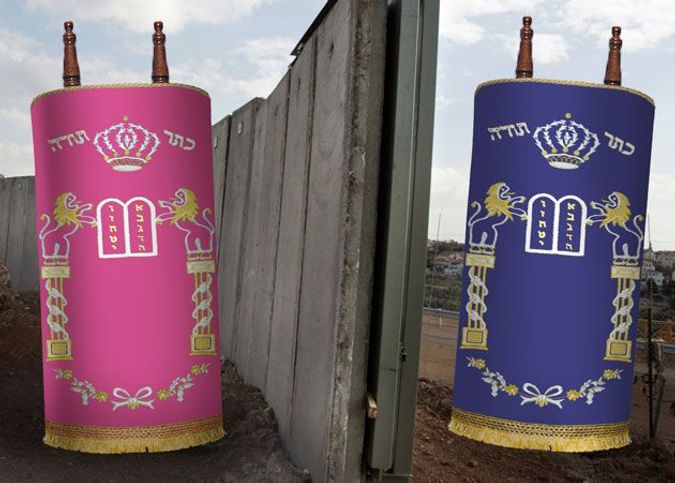 Driven by a rising number of complaints about immodesty in public spaces, a number of B’nai Brak firms have launched competing lines of mechitzahs. “People want to feel as safe from immodesty outside of shul as they do inside,” said Shalom Shalomov of SegReg8. “Our micro mechitzahs can be used at the beach, in movie theaters, even in cars and taxis.”

The micro mechitzah is made of lightweight retractable rods and reinforced parachute material that can either hang down in front of the wearer’s eyes, or be stored invisibly in a shtreimel when the coast is clear. Shalomov said that concerns about wearers running into things were overstated. “You’re fine, as long as you shuffle slowly and hold your arms out in front of you.”

Their competitor Div-Ide Inc is taking a different approach with its Minichitza, which can be quickly erected for use on secular buses and other ground transportation and, according to the company, “easily folds down to fit in a Tallis bag.” The larger Mechitza Grande is suitable for beaches, parks, sporting occasions and stadium concerts, and folds down umbrella-style to about the size of a lulav. The company says a prototype mechitzah large enough to encircle Tel Aviv will be ready by summer. The mechitzas from both companies come in three shades of black, with optional fur, and are certified kosher by the OU’s new “Hecksher Anything” division.

Meanwhile, the Rashei Yeshiva at Mitachet Hashamayim Yeshiva in Beit Shemesh have completed the Torah Mechitza project that has finally separated the four Mothers of Israel from the three Fathers. “No longer will serious Torah study be disrupted by the distracting and immodest appearance of women in the Torah,” said Izzie Klutznick, the project manager. “At last the Patriarchs will be able to concentrate on setting a good example to their descendants rather than lying to God, trying to kill their children, stealing their siblings’ patrimony and pretending that their wives were their sisters.”