The Inquisition Is Now (and Forever) 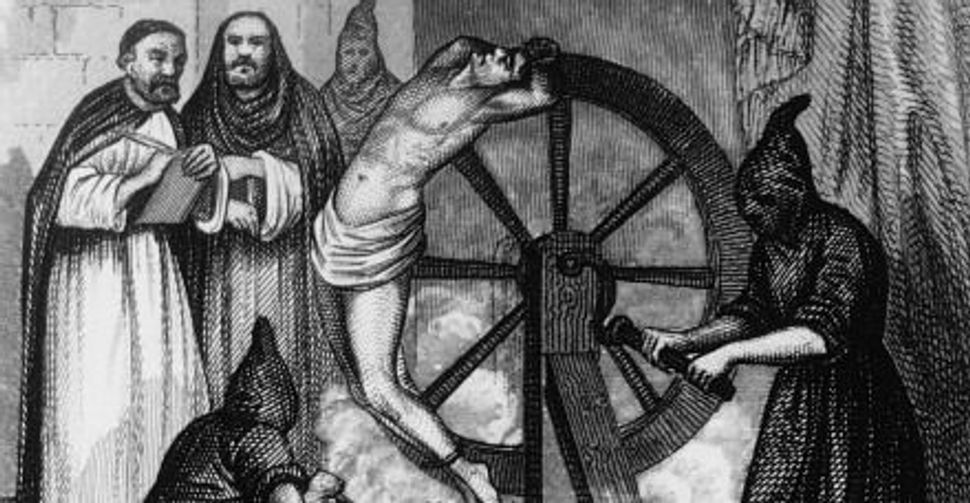 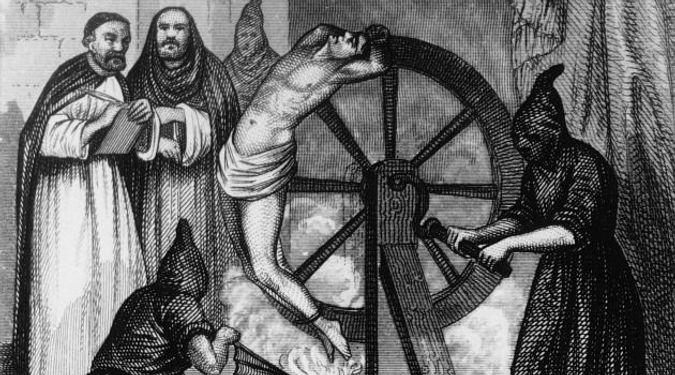 God’s Jury: The Inquisition and the Making of the Modern World
By Cullen Murphy
Houghton Mifflin Harcourt, 320 pages, $27

There is something preposterous about Cullen Murphy’s journey through the history of the Inquisition. He analyzes it as if it were the root of all institutional evil in the modern world. Really.

For years the managing editor of The Atlantic Monthly, and currently editor-at-large of Vanity Fair, Murphy writes as an overzealous journalist eager to prove to the naive reader that everything around us is connected. And while he has an enviable freedom that refuses to be imprisoned by strict academic disciplines, he comes across as a glutton for connections who is unable to differentiate even the most essential of flavors. 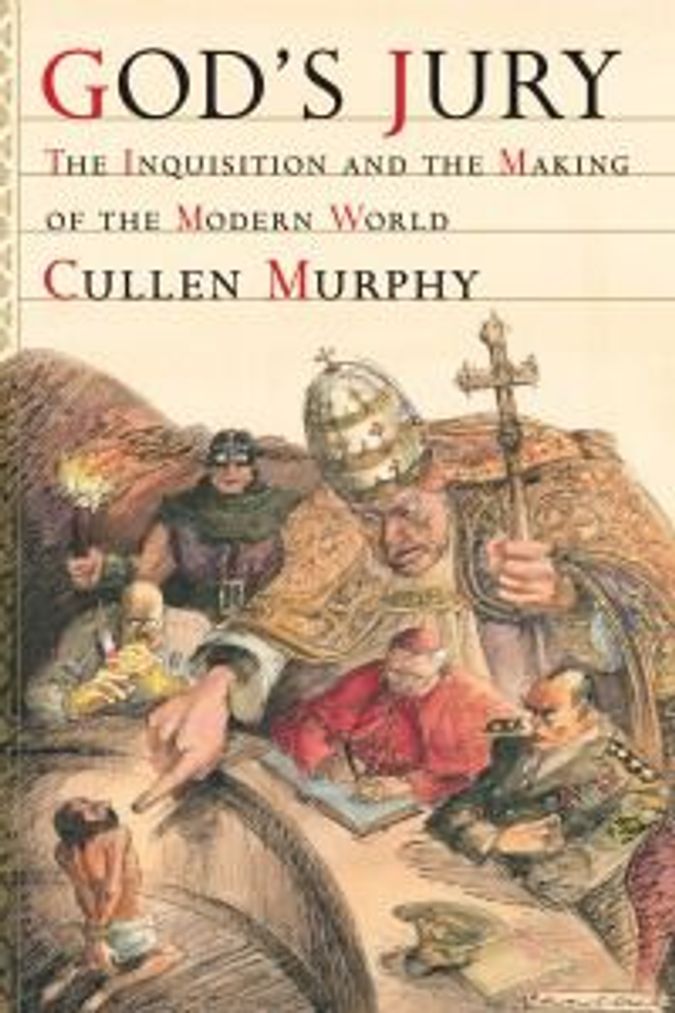 Murphy begins his quest at the Vatican, in the archives of the Congregation for the Doctrine of the Faith. He looks into why, in 1231, the Church developed a unit to hunt for heretics among the Cathars of southern France. This entity then mutated into a sophisticated machine to persecute other perceived threats and the Inquisition, as we know it, resulted. Murphy explores its vicissitudes elsewhere in Europe (England, Italy, etc.) where its impact was dependent on its context. While the exact number affected remains elusive, its celebrity victims included Joan of Arc, Galileo Galilei and Giordano Bruno. Some were sacrificed in public performances called autos-da-fe, others merely censored.

Not surprising, Murphy’s inquiry places special attention on Spain, where the Inquisition acquired an utterly fearful identity. The ideals of convivencia, the cohabitation of Jews, Christians and Muslims, were discarded as Catholicism consolidated power and members of other faiths were simply forced to convert. Some of those conversions appeared to have been performed only superficially, without full conviction, allowing for the emergence of a new class, the New Christians, whose role in the development of the modern world, contemporary historians of the Enlightenment argue, is unquestionable.

An ongoing debate among scholars about who, precisely, was the target of inquisitorial wrath continues to offer alternative answers. Not the Jews, for although they were seen as unappealing, their presence was easily manageable, since their identity was common knowledge. Nor the converts, since conversion was honestly performed by thousands with no persistent dual affiliation. No, it was the crypto-Jews within the organization’s purview whose disloyalty generated the most discomfort. They, along with other deviants, were persecuted and, on occasion, burned at the stake in autos-da-fe.

Murphy visits the different historical theories about El Santo Oficio, especially those by Benzion Netanyahu, the current Israeli prime minister’s professor father. He ponders the work of Henry Charles Lea, Carlo Ginzburg, Henry Kamen and others. Unfortunately, he leaves out Yirmiyahu Yovel, whose book “The Other Within” is a lucid analysis of the split identity of conversos, those Jews who converted to Christianity to prevent persecution or expulsion. And he contemplates the extremities of the Spanish Empire across the Atlantic, pondering the role of the Inquisition in Mexico, where “defectors” like Luis de Carvajal the Younger sought refuge and reawakened to their Jewish faith, only to be annihilated for such courage.

I wish he had been more thorough recounting the story of the victims of the Catholic Church in the Hispanic world. He would have come across 6th-century Spanish poet Fray Luis de León, author of, among other things, astonishing commentaries on the Song of Songs and the Book of Job. And he would have read 17th-century Mexican nun Sor Juana Inés de la Cruz, arguably the best ever female versifier of the Spanish language, responsible for the poem “First Dream,” which is structured as the journey of the human soul across “Nature” to understand itself. These are but two of the dozens, not to say hundreds, of prominent targets of the Inquisition, whose ordeal was not as Hollywood-like as the others Murphy recounts. The fist that descended on them was a bit more subtle but not less merciful.

This oversight shows that Murphy is too impatient for his own good and that nuance isn’t his forte. The same over-the-top “Sum it all up, Champ!” strategy was present in his previous book, “Are We Rome?” where, adopting an Edward Gibbon-like kaleidoscopic view, he compared the fall of the Roman Empire to the demise of America as the world’s superpower. He sees the shadow of the Inquisition everywhere in the mechanisms of suppression, surveillance and torture used under Stalin’s government. The Argentine military junta employed the same method. The list goes on from here: North Korea, J. Edgar Hoover, Guantánamo…. You got it: Torquemada isn’t dead yet and won’t be anytime soon.

Murphy’s encyclopedic dance makes room for references to Arthur Miller’s “The Crucible,” Arthur Koestler’s “Darkness at Noon,” Graham Greene’s “The Power and the Glory,” and Ray Bradbury’s “Fahrenheit 451.” He adduces these volumes to show the tentacles of the Spanish Inquisition in the 20th century. But do we need to root all forms of institutional bigotry, including censorship, in the Holy Office? Wherever there’s a martyr of state persecution, in his view, the Congregation for the Doctrine of the Faith has its tentacles. Even if religion has been replaced by secularism in the modern world, Murphy still hammers his point: The type of intolerance we have today, rooted in non-religious principles, is a brainchild of the Spanish monastic censors of centuries past.

So for those interested in skin-deep knowledge of the kind that depends on manipulative insights, “God’s Jury” will be amusing. The rest of us will be weeded out. Murphy is content with arranging information, not with reaching calibrated knowledge. Indeed, numerous pages in his book read as an extended, personalized Wikipedia entry. A graduate of Amherst College, where he is a trustee (and where I am a tenured professor), he distills the passion of a liberal arts enthusiast who believes the world is at his fingertips. There are engaging passages in the book on the “Index of Forbidden Books,” and about the Nazi past of Pope Benedict XVI, formerly Cardinal Joseph Ratzinger. And as a Virgil, Murphy can be companionable. His intellectual curiosity, however, is often undermined by his need to rush to the next theme.

All this to say that he isn’t a thinker but a connector. The Holy Office is no more the root of all institutional evil than Noah’s Ark is the root of all Darwinism. The world, happily, is more complex.

Ilan Stavans is the Lewis-Sebring professor of Latin American and Latino culture at Amherst College. His latest book is “Return to Centro Histórico: A Mexican Jew Looks for His Roots” (Rutgers University Press).

The Inquisition Is Now (and Forever)