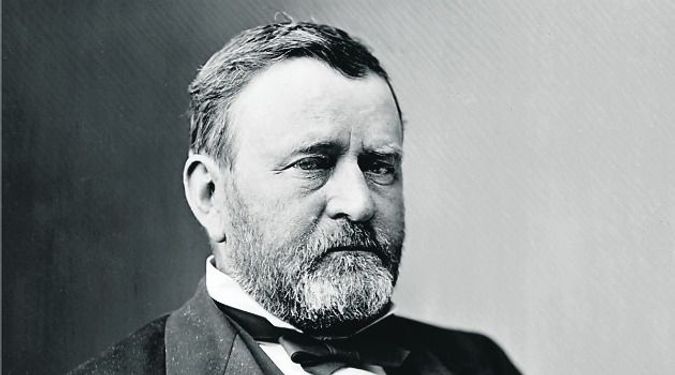 Different America: Jonathan Sarna?s new book on Gen. Ulysses S. Grant delves into his anti-Semitism, and finds it was no anomaly for the era. Yet he also examines Grant?s later history of promoting Jews, which raises intriguing questions about redemption and history. Image by getty images

Only once since 1790, when newly elected President George Washington promised Jews that the new American nation would give “to bigotry no sanction,” has a prominent American official promulgated a discriminatory ruling explicitly targeting Jews.

While some details remain murky, the basic outline of the story is well known. On December 17, 1862 — early in the Civil War and six years before he would be elected our 18th president — General Ulysses S. Grant issued General Orders No. 11, stating: “The Jews, as a class violating every regulation of trade established by the Treasury Department and also department orders, are hereby expelled from the department [encompassing Tennessee, Kentucky and northern Mississippi] within twenty-four hours from the receipt of this order.”

Grant’s command at the time, the Army of the Tennessee, was advancing south into Confederate territory east of the Mississippi River. This opened up windfall possibilities for anyone who could buy Southern cotton, transport it North and sell it at a profit, and then return South with consumer goods and medicines — in short supply due to the Union blockade of Southern ports — and make a second profit there. Eager to encourage the resumption of normal commerce to the area, the Lincoln administration allowed cotton trading to merchants who received permits from local Union authorities. This system inevitably led to favoritism and bribery in the competition for permits, as well as large-scale smuggling and illicit trading, often with the complicity of army personnel. A good number of the traders were identifiably Jewish — including the Mack brothers of Cincinnati, who had the bright idea of enhancing their position by promising Grant’s father a cut of the profits in exchange for his influence.

Concerned about the effect such corruption could have on army morale, fearful of interference with military operations, and sure, like many other Americans of his time, that Jews were uniquely avaricious, an exasperated Grant expelled them. The order was carried out in only a few communities before Jews alerted Lincoln, who had not been consulted in advance. The president immediately ordered Grant to revoke the anti-Jewish policy, explaining that targeting those who disobeyed regulations was one thing, but stereotyping an entire group was quite another.

Historians’ treatment of Grant’s order has generally provided a litmus test for their assessment of American anti-Semitism as a whole. Through the mid-20th century, America was assumed to be “different” — that is, devoid of deeply rooted anti-Semitism — and writers tended to stress Lincoln’s fair-mindedness rather than Grant’s bigotry. Oscar Handlin, for example, writing in 1954, called the expulsion edict “exceptional” and highlighted “the shocked public repudiation” of this and other anti-Jewish slurs. Forty years later, however, the scholarly world had come to recognize the historical tenacity of anti-Jewish prejudice even in America. Historian Leonard Dinnerstein went so far as to treat Orders No. 11 as an early sign of “the emergence of an anti-Semitic society” after the war.

In “When General Grant Expelled the Jews” — the first-ever book-length study of the topic — Brandeis professor Jonathan Sarna digs far deeper than the expulsion itself, to examine the incident’s wider contemporary context and later consequences. These, he argues, demonstrate that Grant’s relations with Jews, like those of America as a whole, were far more complex than previously assumed.

Grant’s order was not just a blip on the screen of George Washington’s unbigoted ideal America. Sarna marshals extensive evidence showing that, long before Orders No. 11, not only Grant but also other high-ranking Army officers disparaged Jewish business practices; that such sentiments were hardly confined to the armed forces or to the Union side alone, and that Lincoln’s veto did not change hearts and minds. Furthermore, Northern Jewish opinion, led by its two most articulate spokesmen, Isaac Mayer Wise and Isaac Leeser, charged that Grant’s order showed the United States to be as anti-Jewish as the Old World, rendering Jewish homelessness a transatlantic condition.

Yet Sarna also disproves the claim that the Grant episode triggered a spurt in American anti-Semitism. When the general ran for president in 1868, his Democratic opponents sought to gain Jewish support by recalling the expulsion order. This forced Grant and his advisers to seek to convince Jews that the order did not reflect the candidate’s actual opinion of them — although, living years before our culture of profuse apology for real or imagined slights, Grant never quite made an official mea culpa. Sarna pays considerable attention to the prominent role of the expulsion order in the campaign and the internal Jewish debate it generated over whether to oppose Grant on the basis of this “Jewish” issue. Here, Sarna sees the first emergence of the “Jewish vote” in national politics.

Once elected, Grant appointed more Jews to office than any previous president — including a consul in Romania to protect the Jews there; spoke out against anti-Semitism, and firmly supported church-state separation. Grant was also the first president to attend a synagogue dedication, that of Washington’s Adas Israel in 1876, symbolically proclaiming, in Sarna’s words, “that Judaism was a coequal religion in the United States.” Far from marking an upsurge in anti-Jewish sentiment, Grant’s presidential years, from 1869 through 1877, marked what Sarna calls “a brief ‘golden age’” in American Jewish history.

We will probably never know how much of Grant’s change-of-course about Jews was sincere and how much politically expedient. But, as the more recent examples of Truman and Nixon attest, Grant was not the last president “good for the Jews” to hold paradoxically prejudiced views about them. “In America,” concludes Sarna hopefully, “hatred can be overcome.”