‘Dreyfus’ of the Classical Music World 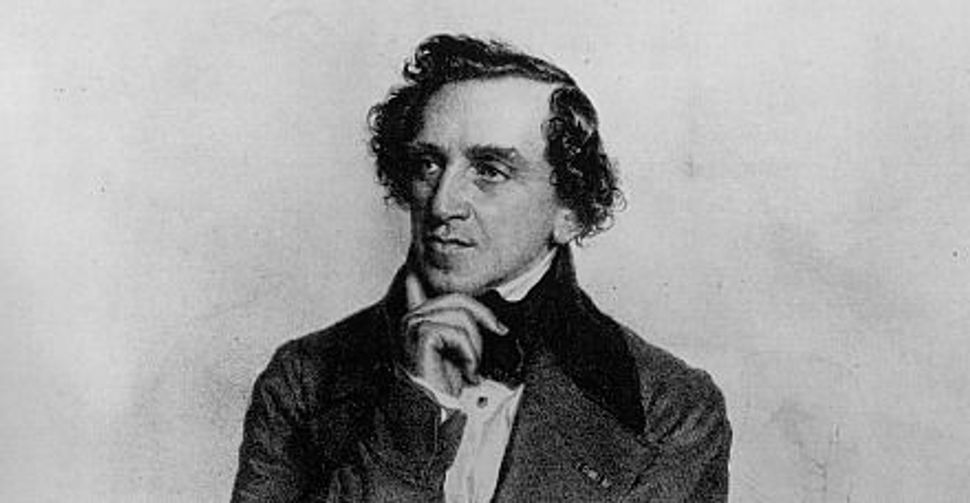 The sudden proliferation of Jewish composers in the mid-19th century was unprecedented in the history of classical music. Until then, Jews had been limited to the role of virtuoso performers, but that all changed when Germany’s two most famous composers were of Jewish origin. 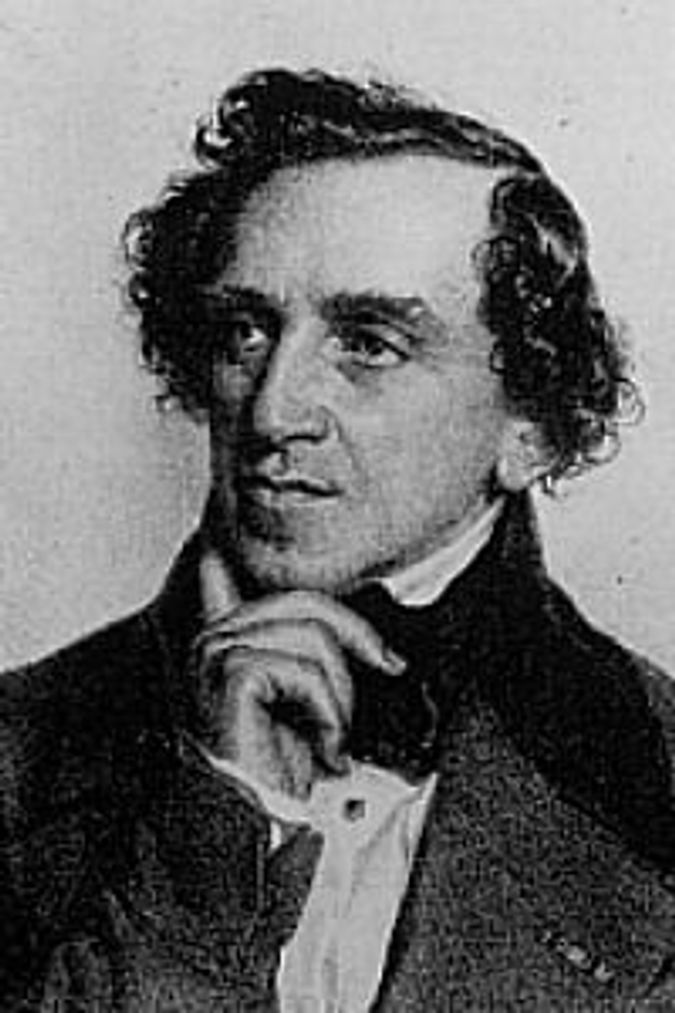 These two were Felix Mendelssohn, whose most prominent public manifestation was the oratorio “Elijah” (1846), and Giacomo Meyerbeer (born Jacob Liebmann Beer), the prolific composer of the operas “Robert le diable” (1831), “Les Huguenots” (1836) and “Le prophète” (1849). David Conway’s “Jewry in Music: Entry to the Profession from the Enlightenment to Richard Wagner,” published by Cambridge University Press in January, explains how Jews became such exemplary leaders in musical society.

Conway explains that in the 17th century, the Ashkenazi synagogue of Altona, Germany, forbade its congregants from attending the opera. Only toward the end of the 18th century did wealthy Berlin families attempt to “buy into Gentile culture as part of a process of entry to European society” by giving their children music lessons and emulating an “aristocratic style of education.” Among such beneficiaries were Mendelssohn’s great-aunt, Sarah Itzig Levy, and Meyerbeer’s mother, Amalia Liebmann Meyer Wulff.

An unprecedented degree of public acceptance was required in order for German Jews to gain prominence in the quintessentially social role of composer. Wealth and societal standing were essential elements of this acceptance. Thus, when the 11-year-old Meyerbeer’s family had him pose for a formal oil portrait standing next to a piano, it was to place this child musical prodigy in the tradition of Mozart but also to underline his family’s social position. Unlike the young Mozart, however, Meyerbeer performed in public not to earn money but to make his family proud. He also made German Jews proud that one of their own could attain such prodigious artistry.

One of those German Jews was poet Heinrich Heine, a longtime friend-antagonist of the composer, who would delight, in his 1834 poem “Angélique,” in taking his beloved to see Meyerbeer’s “Robert le diable”: “It’s a grand, enchanted piece/ full of diabolical merriment and love/ Meyerbeer wrote the music/ and [Eugène] Scribe the poor libretto.” Yet countering such approbation was ambient German anti-Semitism, which, as Meyerbeer wrote to Heine in 1839, was:

like love in the theaters and novels: No matter how often one encounters it in all shapes and sizes, it never misses its target if effectively wielded…. What can be done? No pomade or bear grease, not even baptism, can grow back the foreskin of which we were robbed on the eighth day of life; those who, on the ninth day, do not bleed to death from this operation shall continue to bleed an entire lifetime, even after death.

The letter’s reference to attempting apostasy targeted Heine, who in 1825 had converted to Protestantism, and Mendelssohn, who was baptized as a Lutheran in 1816. Unlike them, Meyerbeer never abandoned Judaism, which may have further inflamed German anti-Semites, even cultured ones such as the composer Robert Schumann, who in 1837 panned “Les Huguenots.” In his review, Schumann expressed outrage that Meyerbeer had included variations on Martin Luther’s 16th-century hymn, “A Mighty Fortress Is Our God.”

Schumann complained: “It is too much for a good Protestant when he hears his most hallowed song bawled forth from the stage.” In letters to his wife Clara, Schumann also expressed anti-Semitic hatred of Mendelssohn, but his published views on Meyerbeer were more influential, as Conway explains. Schumann’s attack on the supposed evil inherent in Meyerbeer’s very being would inspire later anti-Semitic articles by the composer and music critic Theodor Uhlig, a Wagner devotee, and later by Wagner himself in his notorious 1850 tract “Das Judenthum in der Musik” (“Jewishness in Music” or, as Conway translates the title, “Jewry in Music”).

Uhlig objected that Meyerbeer’s music was not German enough, “lacking a Fatherland.” Meyerbeer’s “snake-like shrewdness” might seduce listeners; if his musical “belchings” really rate as dramatic song, then such great and indubitably Jewish composers as “Gluck, Mozart, Cherubini, and Spontini carried out their studies at Dresden’s Neumarkt or Leipzig’s The Brühl,” Jewish neighborhoods in the mid-19th century.

In “Das Judenthum in der Musik,” Wagner included many passages from Uhlig’s screeds, only slightly paraphrased. Conway makes a convincing case that Wagner was read by few people and commented on by even fewer, despite the essay’s current “overhyped status as a milestone on the road to 20th-century genocide.” Even so, its vehement hatred led Meyerbeer to aspire to a utopian land without such prejudices. In his aria, “O paradis” from “L’Africaine,” the Portuguese explorer Vasco da Gama expresses wonderment at the strange island where he has landed. Jewish tenors, including Joseph Schmidt, Jan Peerce and Richard Tucker, have particularly captured the questing soulfulness in this 19th century search for other, more protected, pastures.

Beyond sympathy for Meyerbeer’s victimhood as the target of hatred — in 1998, one critic dubbed him the “unredeemed [Captain Alfred] Dreyfus of the music world” — are there other reasons for music lovers to relish his works today? Those in search of explicit expressions of Yiddishkeit in his work will be disappointed, just as Conway is by “La Juive” (“The Jewess”), the 1835 opera by French Jewish composer Fromental Halévy, of which he writes: “Ironically, it seems very doubtful that the only great opera written by a Jew about a Jew has anything much to say about Jews at all.” Indeed, “La Juive,” Conway says, “conforms closely, in its portrayal of [the protoganist] Eléazar, to the crudest prejudices about Jewish love of money, hatred of Christians and general implacability.”

If we lower our expectations about how much genuine Jewish content a Jewish composer was permitted to put into 19th century grand opera, then Meyerbeer’s work can be satisfying indeed. The history of great opera singing cannot be written without his music, and the genuinely superhuman vocal challenges he set for his interpreters, requiring the ability to sing both amazingly high and low notes, make Verdi and Wagner seem comparatively undemanding. The Nimbus Records series of Great Singers demonstrates how in turn-of-the-century opera capitals, whether in Western Europe or Russia, Meyerbeer’s music was universally interpreted by the greatest stars, including tenor Enrico Caruso and baritones Mattia Battistini and Titta Ruffo. Closer to our own day, sopranos Joan Sutherland and Montserrat Caballé, mezzo-soprano Marilyn Horne, and bass Cesare Siepi all made stupendous recordings of Meyerbeer’s music.

Most of the youngest of this stunning generation of performers retired by the 1980s, but the next time a monumentally talented circle of opera stars emerges who are capable of singing them, Meyerbeer’s works will be around to test their mettle.

Chaim Weizmann was fond of the dictum: “The Jews are like other people, only more so.” And so it is for Meyerbeer’s creations, whose most Jewish aspect is that they are like other operas, only more so: longer, bigger and demanding spectacular virtuoso singing. A mediocre performance of Mozart can still sound Mozartian, but a less-than-majestic rendition of Meyerbeer loses its whole reason for existence. Cast with a panoply of magnificent singers, Meyerbeer’s works can and will exalt and excite as they first did over 150 years ago.

Listen to Arturo Toscanini conducting part of the overture to “Dinorah.”

Listen to bass Cesare Siepi in an aria from Meyerbeer’s “Les Huguenots.”

‘Dreyfus’ of the Classical Music World