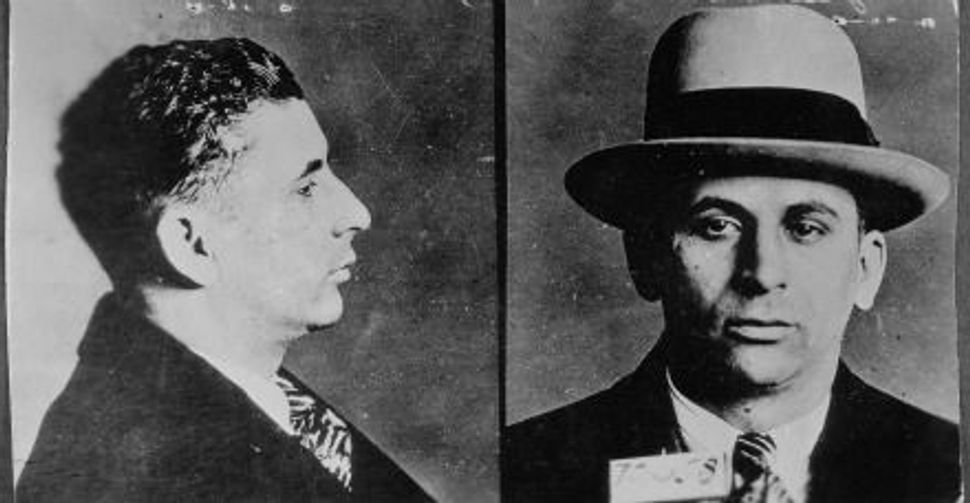 Image by National Museum of Organized Crime and Law Enforcement 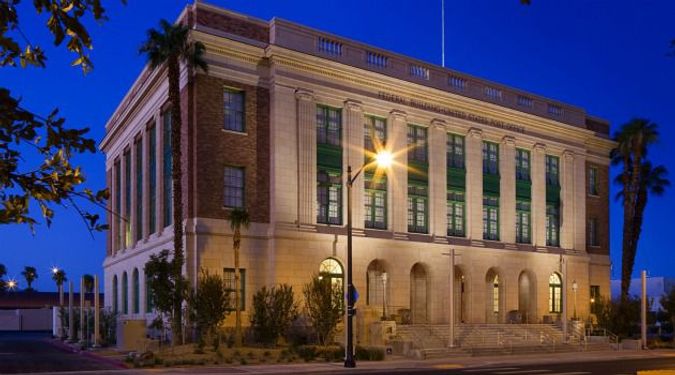 In the mid-20th century, a cadre of tough Jews, shedding the bookish bearing of exile, went forth to create a new society in a forbidding desert. Armed to the teeth, they lived outside the law and built their outpost by any means necessary. Against all odds, despite implacable enemies, the desert bloomed. 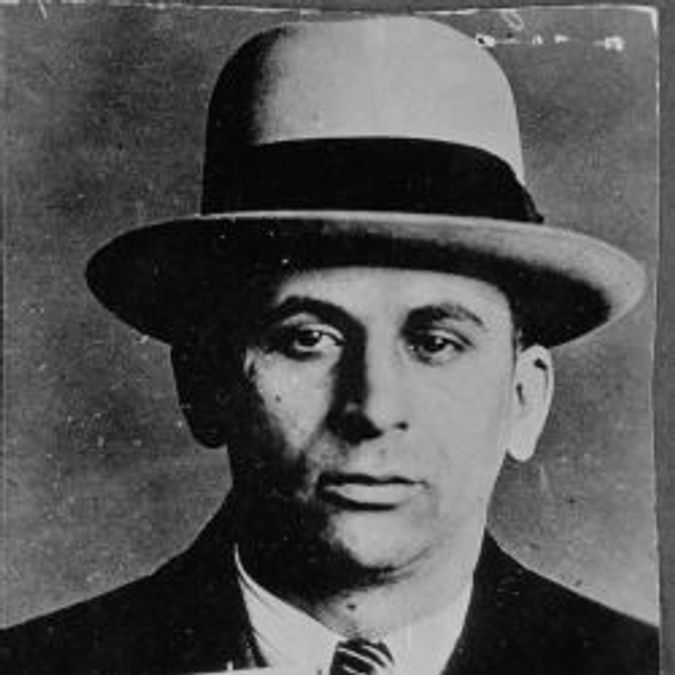 Think you already know this history? Think again. This is an American tale told by the National Museum of Organized Crime and Law Enforcement, in downtown Las Vegas. Open since February, and already better known as “The Mob Museum,” it is essentially an American Jewish history museum by another name.

The museum tells the story of American organized crime, from its birth in the ethnic slums of established cities like Boston, New York and Chicago to the city the mafia itself begot, the Mojave metropolis of Las Vegas. The institution is the brainchild of Oscar Goodman, the flamboyant Philadelphia-born mafia attorney whose clients included Meyer Lansky, Frank “Lefty” Rosenthal and Herbert “Fat Herbie” Blitzstein. Goodman went on to serve as mayor of Las Vegas from 1999 until 2011.

While the exhibit only breaks the code of omertà about Jewishness at the beginning of its chronological display — noting the Jewish immigration wave alongside the Irish and Italian — as visitors move through the 20th century they see a pantheon of mosaic Murder Inc. veterans, including Moe Dalitz, Gus Greenbaum and Moe Sedway, on a progression from street toughs to casino magnates to pillars of the community. The museum doesn’t pussyfoot around the brutality of Jewish mobsters’ methods; indeed, one 1930s photo shows the brutalized body of a Catskills resort slot machine operator on a gurney after he had been caught skimming profits. But it treats the mafia as an institution of immigrant social mobility, a shortcut to the American Dream.

The presentation makes it hard not to sympathize with Prohibition-era “Boys From Brooklyn” (as the Jewish goodfellas called themselves) as they are hounded by bigoted G-men and hard-drinking hypocrites in Congress. A 1939 FBI “Wanted” poster seeking fugitive Murder Inc. boss Louis Buchalter notes his “Jewish characteristics — nose large… eyes alert and shifty — has habit of passing change from one hand to another.”

Bootlegger Dalitz is celebrated for getting the best of a congressional anti-mafia probe with zingers like, “If you people wouldn’t have drunk it, I wouldn’t have bootlegged it.” And when asked about his illicit moonshine fortune, he said, “Well, I didn’t inherit any money, Senator.”

By the end of the exhibit, having built a world-famous city from scratch with their underworld capital, Sedway is receiving letters from Jewish establishment figures saluting his fundraising efforts for United Jewish Appeal, Dalitz is being presented with the key to the City of Las Vegas and Lansky is living the life of a retired real estate magnate in Miami Beach. Buchalter, for his part, has been sent to the electric chair at Sing Sing (an object that is also part of the collection). But even his death has a Horatio Alger twist: He set the record for the richest man ever executed in America.

The museum’s official slogan is, “There are two sides to every story,” and the feds are given their due. The former special agent in charge of the Las Vegas office of the FBI, Ellen Knowlton, outranks even Goodman on the museum’s board of directors. As in real life, though, it is the glamour of gangster glitter — like Benjamin Siegel’s glitzy watch, labeled “Bugsy’s Bling” — that catches the eye. Beyond a reasonable doubt, the goodfellas steal the show.

Not everyone is thrilled with such laudatory portrayals of the Jewish criminals the museum dubs “the other people who built America.” Jenna Weissman Joselit, Forward columnist, director of the program in Judaic studies at George Washington University and author of “Our Gang: Jewish Crime and the New York Jewish Community, 1900–1940,” (Indiana University Press, 1983) thinks the temptation to glamorize the mob ought to be resisted. Museum curators, she said via email, should “attend to America’s abiding fascination with crime with the same rigor and discernment that’s applied to other cultural and historical phenomena.”

But Rich Cohen, author of “Tough Jews: Fathers, Sons, and Gangster Dreams” (Simon & Schuster, 1998), understands the appeal of Jewish mobsters — especially when contrasted with the loathsome, privileged Jewish criminals of today, like Bernard Madoff. “These were people who grew up in certain neighborhoods where [the mob] was one way to get ahead,” Cohen said via telephone from Hollywood, where he’s advising “Magic City,” a new TV drama about 1950s Miami mobsters. “These were very tough guys in a very tough world, in a time when Jews were being beaten up and even killed — and they weren’t taking s–t from anybody.”

Cohen is unperturbed by the museum’s family-friendly marketing efforts, which include offering discounted admission to children as young as 5. “I have little kids, and I try to teach them right from wrong,” Cohen said. “I don’t think there’s a danger of people coming out of a museum and it making them gangsters.”

As a whole, American Jews are probably more conflicted than Cohen about the community’s historic mob ties. When Cohen told his grandmother he was working on a book about Murder Inc., her response bespoke this communal schizophrenia. “A Jew should never be a gangster. It’s a shande,” she told him, using the Yiddish word for “a disgrace.” “But, if a Jew should be a gangster, let him be the best gangster!”

For his part, booster-in-chief Goodman, who bequeathed to the museum his “gelt bag”— a large briefcase in which his clients, wary of having their bank accounts frozen by the Feds, paid him in cash — zealously defends the institution’s unconventional take on the history of his city and his people. “These are our founding fathers,” Goodman said of Meyer, Bugsy and the gang. “We [Las Vegans] come from the mob.”

But even Goodman recalls that when he first proposed the museum a decade ago, he faced some pushback from constituents who complained that it would stereotype a particular ethnic group. “Apparently they meant the Italians,” Goodman offered, with his perennial grin and Borscht Belt timing. “I thought they were talking about the Jews!”

Daniel Brook is a journalist and author whose work has appeared in Harper’s magazine and Slate. He briefly lived in Las Vegas.