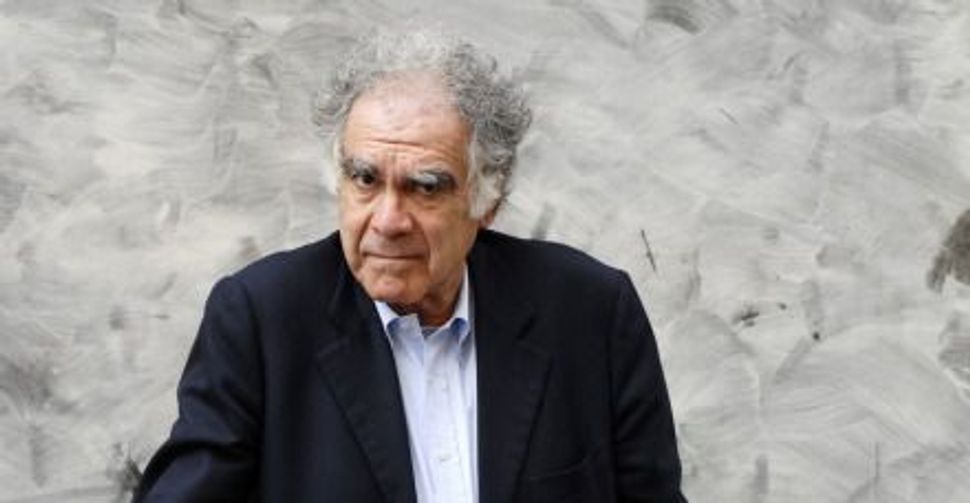 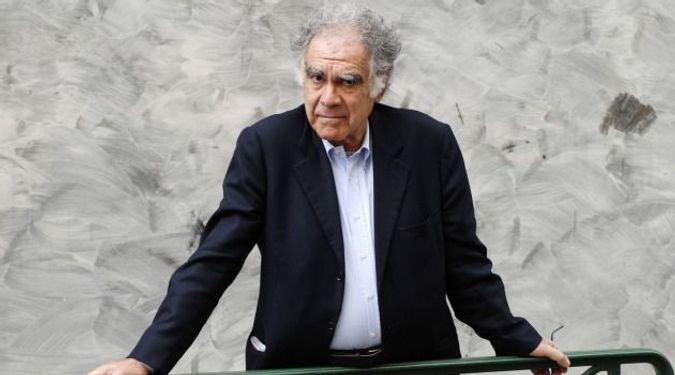 A collection of essays by the profoundly original, intellectually wide-ranging, Italian-Jewish historian Carlo Ginzburg underlines the influence of Yiddishkeit on his achievement. “Threads and Traces: True False Fictive,” published recently by University of California Press, is an illuminating collection of chapters, deftly translated from the original Italian by Anne C. and John Tedeschi.

An omnivorous analyst of artistic and human history, Ginzburg offers innovative ideas on a startling variety of texts and art forms, somewhat in the manner of Swiss-Jewish literary historian Jean Starobinski. Like Starobinski, who is of Polish-Jewish origin, Ginzburg can seem like a one-man team of readers and researchers, so profound is his erudition. 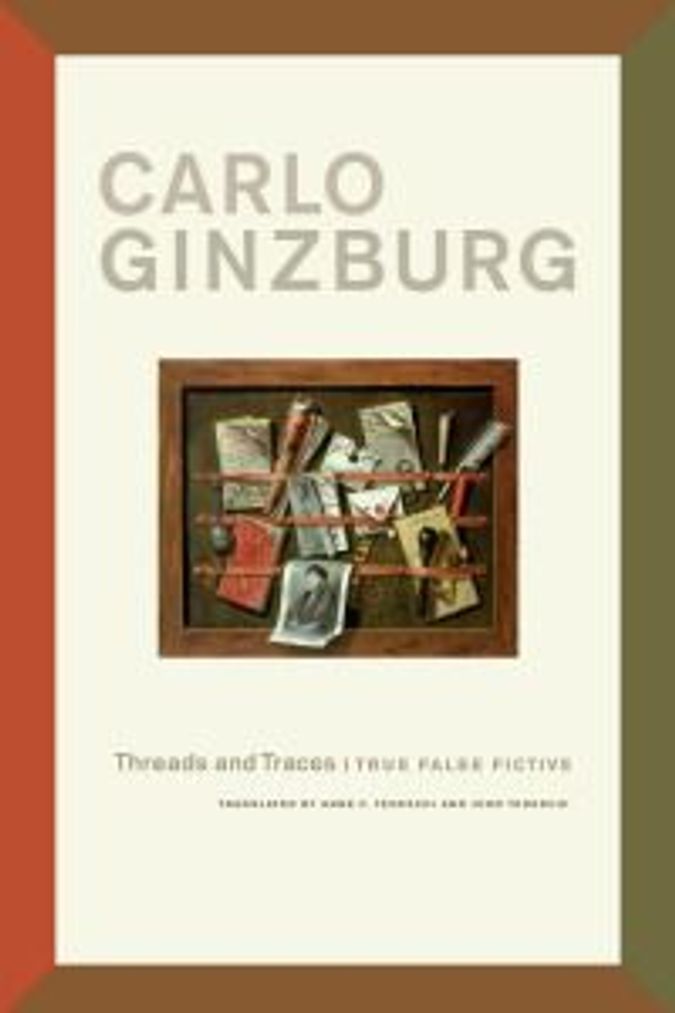 The wellspring of his inspiration is his Judaism. In the preface to his 1999 study, “History, Rhetoric, and Proof,” originally given as the Menahem Stern Jerusalem Lectures and hosted by the Historical Society of Israel, Ginzburg wrote: “I am a Jew who was born and grew up in a Catholic country; I never had a religious education; my Jewish identity is in large measure the result of persecution.”

Ginzburg’s father, Odessa-born philologist, historian and anti-fascist activist Leone Ginzburg, was arrested by Italian police and tortured to death in a Roman prison in 1944. At the time, his son Carlo, born in Turin, was 5 years old. Yet he retains clear memories of the central Italian town of Pizzoli, where his family had previously hid with his non-Jewish maternal grandmother, Lidia Tanzi. Ginzburg’s mother was noted author Natalia Ginzburg, born Levi. In 1941, Leone Ginzburg wrote a letter to historian Luigi Salvatorelli to describe how, despite imprisonments and persecution, domestic life temporarily continued; “evenings, when the children have been put to bed,” he and Natalia would sit opposite each other at a table, both busy with literary work: “These are our best times.”

These “best times” of humbly mundane details before catastrophe struck would illuminate his son’s future work as a historian. In the 1960s and ’70s, Ginzburg developed the now celebrated investigative approach of microhistory with Italian-Jewish scholar Giovanni Levi, a boyhood friend and exact contemporary, following in the footsteps of previous authors who also favored a microscopic style of examining seemingly insignificant or previously overlooked details. In what remains his most internationally celebrated book, “The Cheese and the Worms: The Cosmos of a Sixteenth-Century Miller,” from 1976, Ginzburg focuses on Domenico Scandella, an obscure miller who sacrificed his life to defy unjust authority, a man in some ways surprisingly like his own father. By researching myths, folklore and records of the Inquisition, Ginzburg recovered the sometimes strikingly eloquent voices of average people in the face of oppressive tyranny.

Only after writing a series of such books remembering people who were persecuted as witches or for other reasons did Ginzburg fully realize why this subject was of such intense interest to him. In a speech accepting Milan’s 2010 Balzan Prize for European History (1400–1700), Ginzburg described his “emotional identification with victims of persecution” through history as an “unconscious projection of my Jewish identity, which persecution had reinforced.” He told Haaretz in 2010 that as a boy in hiding, his biggest shock was that his identity “had to be blurred” when he temporarily adopted the non-Jewish sounding family name Tanzi.

In sharp focus, by contrast, are the examinations of cultural matters in “Threads and Traces.” Pinpointing the sources of murderous prejudices, Ginzburg is always lucid and balanced, rejecting in a chapter, “Tolerance and Commerce: Auerbach Reads Voltaire,” the approach of German-Jewish philologist Erich Auerbach, who in his landmark “Mimesis: The Representation of Reality in Western Literature,” written during wartime, amalgamated some Jew-hating passages by French philosopher Voltaire with Nazi propaganda. Ginzburg’s discussion of this detail in Auerbach’s sweeping examination of thematics in literature, from the ancient Greeks and Romans to Marcel Proust and Virginia Woolf, illuminates this landmark study written when its author was a refugee from Nazi Germany, living in Turkey.

Ever sensitive to Jewish history and its connotations, in his paper chase of erudition through the centuries, Ginzburg criticizes Princeton historian Peter Brown’s 1981 work, “The Cult of the Saints: Its Rise and Function in Latin Christianity.” Ginzburg notes that Brown’s study describes a fifth-century mass conversion of the Jews of Minorca, one of Spain’s Balearic Islands in the Mediterranean, with “deliberate anachronisms” such as “pogrom” and “purge.”

A comparably discerning chapter, one with a dedication to Primo Levi, is titled “Just One Witness: The Extermination of the Jews and the Principle of Reality.” It deals with a 14th-century massacre of Jews in Provence who were blamed for an epidemic of the plague. Ginzburg cites the statement of French-Jewish classicist and human rights advocate Pierre Vidal-Naquet, whose mother was murdered at Auschwitz, that in the face of Holocaust deniers or certain historians’ claims that it is impossible to discern between truth and fiction in narrative, there is value in “that old notion of ‘reality,’ meaning ‘precisely what happened.’”

Addressing such matters, inspired by the precedents of historian Marc Bloch, Sigmund Freud, art historian Ernst Gombrich and literary critic Leo Spitzer, Ginzburg moves eloquently from the history of humanity to that of Jews, and of his own family. Ginzburg’s dedication to Levi may have further symbolic import in a family context, whether consciously or otherwise.

Ginzburg’s mother is esteemed for fiction set in Turin, Rome and the Abruzzi countryside, in which trauma is expressed through focus on apparently mundane details, clearly a family approach toward grasping truth, whether in fiction or history. Natalia Ginzburg played a curious role in Levi’s early literary career. In 1947, as a staffer at Giulio Einaudi Editore, she rejected Levi’s first book about his concentration camp experiences, “If This Is a Man.”

Although later an admirer of Levi’s work, she never explained this decision. Ferdinando Camon, a friend of Levi’s and author of “Conversations With Primo Levi,” opined that so soon after the war and her husband’s murder, so acute was Natalia Ginzburg’s pain that Levi’s subject matter was too upsetting, especially in the coolly objective style of “If This Is a Man.” If so — or even if not — then her son Carlo has responded to this onetime rejection over the intervening decades by not just accepting, but also repeatedly affirming and embodying, Levi’s literary message of humanistic survival.

Listen to Carlo Ginzburg lecture about the Internet in 2010.

And listen to Ginzburg in London in 2011, speaking about “The Historian’s Craft.”